CFL to explore opportunities for alignment with XFL owners 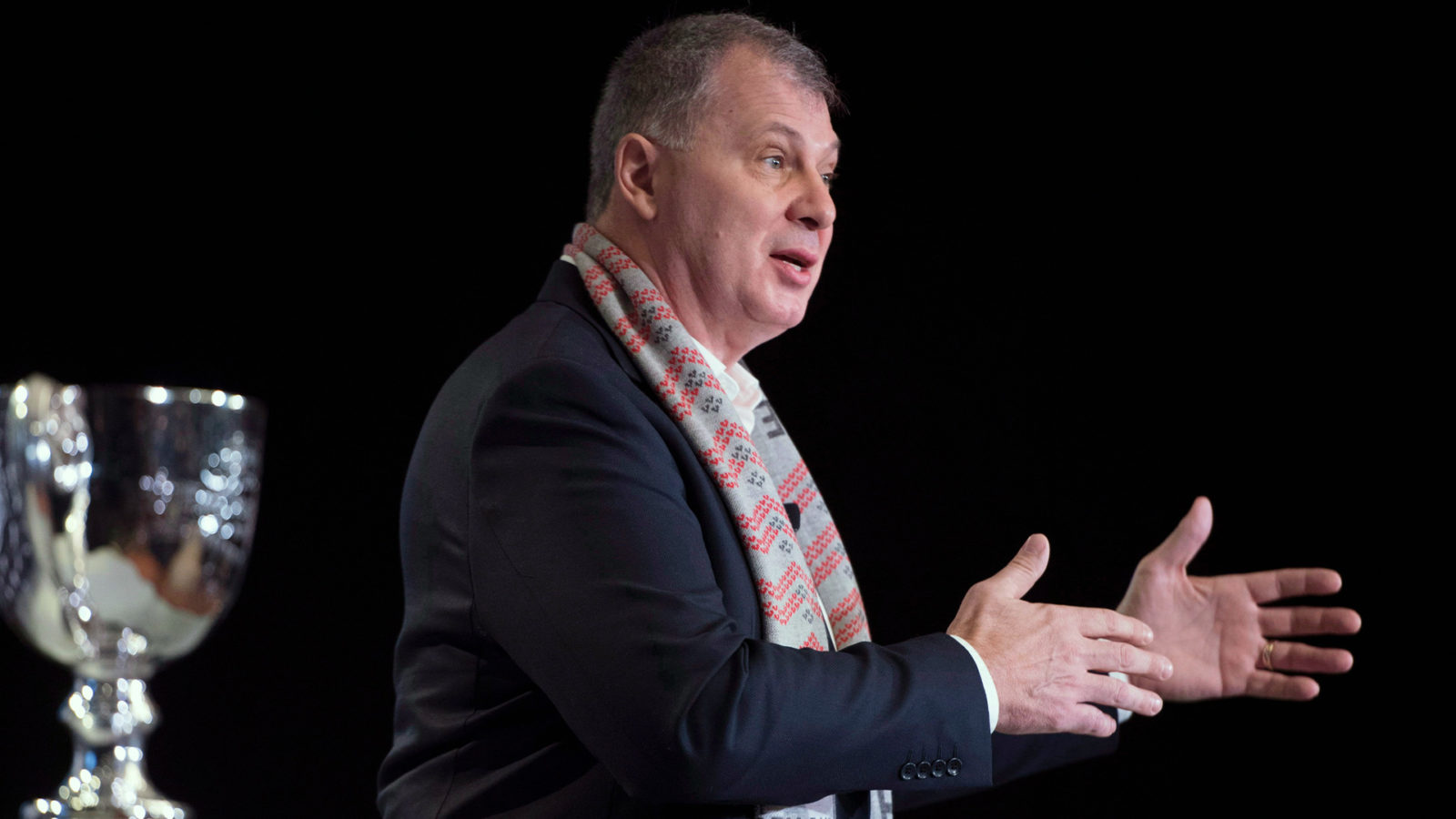 CFL to explore opportunities for alignment with XFL owners

The Canadian Football League will soon take some historic steps after announcing it is entering talks with the  XFL about how to collaborate and grow the game.

What that might ultimately look like very much remains a mystery right now. Still, the simple idea of discussions between the CFL and the XFL – the U.S.-based league which was rebooted in 2020 and later declared bankruptcy after its season was lost to the pandemic before being bought by a consortium led by Dwayne ‘The Rock’ Johnson – did lead to a free-for-all speculative frenzy.

To all that, we give you Winnipeg Blue Bombers President & CEO Wade Miller:

Miller spoke with bluebombers.com following the CFL-XFL announcement. Here is an abridged version of that chat:

Q: In the league statement it mentions the CFL and XFL have agreed to work together to ‘collaborate, innovate and grow the game of football.’ That’s a pretty blanket statement. What does it mean, specifically?

Miller: It’s simply talks between two organizations that love football and have a passion for it. We want to talk and see if there are opportunities to grow the game together.

It’s about an exchange of ideas about the game. About marketing, officiating, about our business. We’ll just have to wait and see what comes of all that, but we’re talking to people that have an amazing track record in innovation in their businesses and successes in sports and entertainment. We just think that makes it a conversation worth having.

Wade: I understand those reactions, but it’s just way too early to discuss things like that. The discussions haven’t even happened. Everything else is just speculation right now.

Today’s announcement is about being transparent with our fans to say we’re about to have discussions (with the XFL). We’re excited about where that may lead and we’ll keep everyone up to speed as we go through this. But that’s not going to be next week, by any stretch. 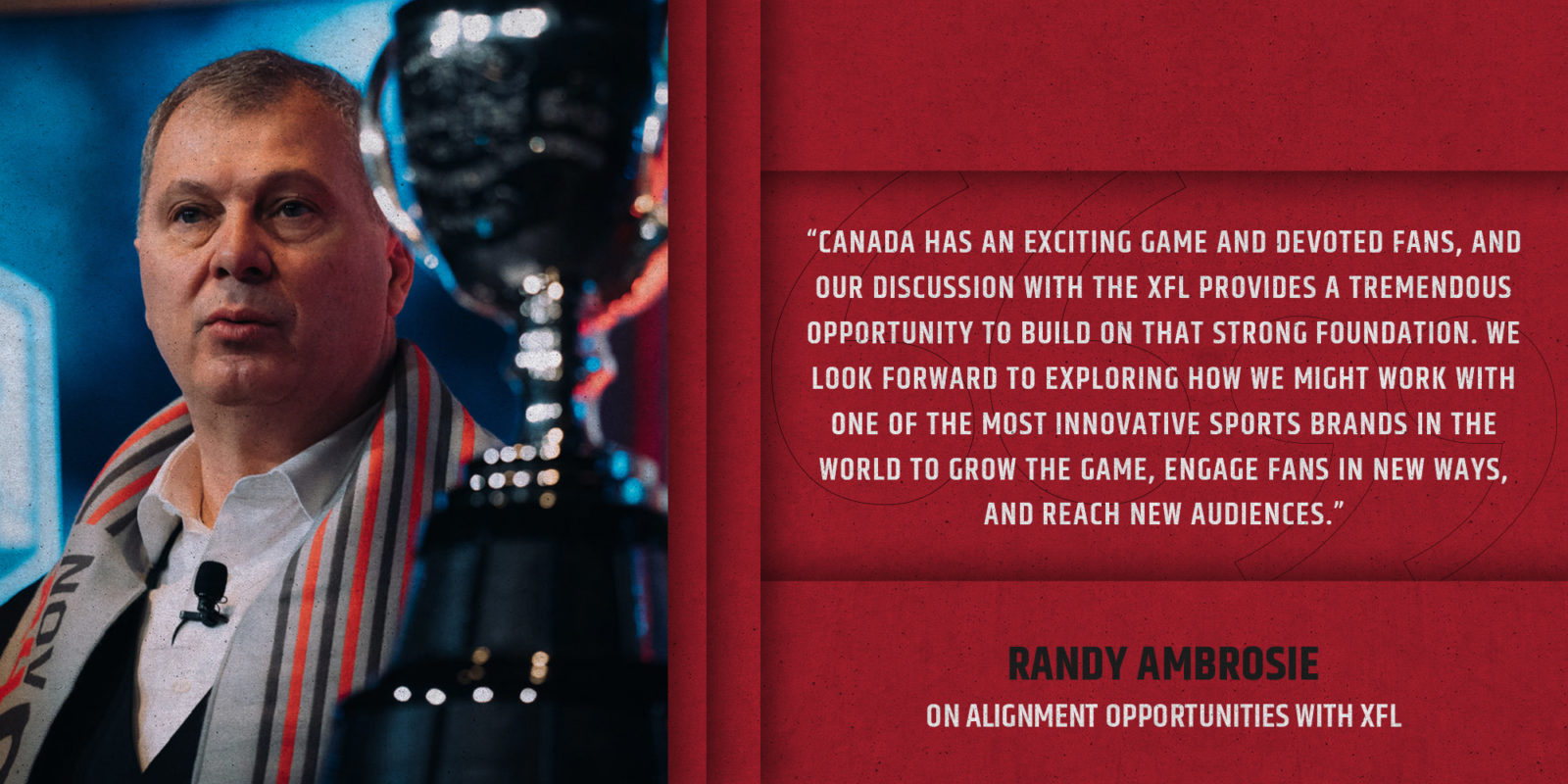 Q: Would we even be having this conversation if a pandemic hadn’t wiped out the 2020 CFL season? There is a sense out there this is a by-product of losing a season and the business being affected so dramatically.

Wade: No, that’s not it. Look, we love our game and we always want to strengthen it. We would be having these talks no matter what. Obviously we’re proud of our heritage and what it means, but why wouldn’t we have discussions about how to grow our game?

Whether there was a pandemic or not, this is a discussion that should happen. That’s what you do – you take a look at all opportunities and then make the best decision. Today’s announcement is just about letting our fans know we’re having discussions with the new group at the XFL, which is made up of two individuals who have done extremely well and Redbird Capital, and their track record speaks for itself with what they’ve done in sport.

Q: This announcement has brought back memories for many of the CFL’s U.S. expansion experiment in the mid-1990s that failed so miserably. It’s been asked ‘why would the league even contemplate this?’

Wade: I don’t look at it that way. Again, this is first just about talking to individuals who have a reputation for innovation, people who love the game of football and are leaders in the world of entertainment. It’s simply about exploring this and see what it might look like. This has nothing to do with the U.S. expansion in the 90s.

Q: Given the track record of failed professional football leagues trying to operate in the shadow of the NFL in the U.S. I wonder this: would the CFL even be having these discussions with the XFL if there wasn’t the power of The Rock’s brand in both countries, plus the backing he has with his consortium?

Miller: I would look at it the other way – The CFL has a rich history and heritage about it and there’s interest from some really successful entrepreneurs in sports and the global entertainment industry that are looking at our league and saying ‘What would make sense to work together on initiatives? How can we grow the game of football?’

That’s going to be an important part of this: growing the game at all levels. To me, this is all positive and it’s based on the reputation the CFL has and the history we’ve built.