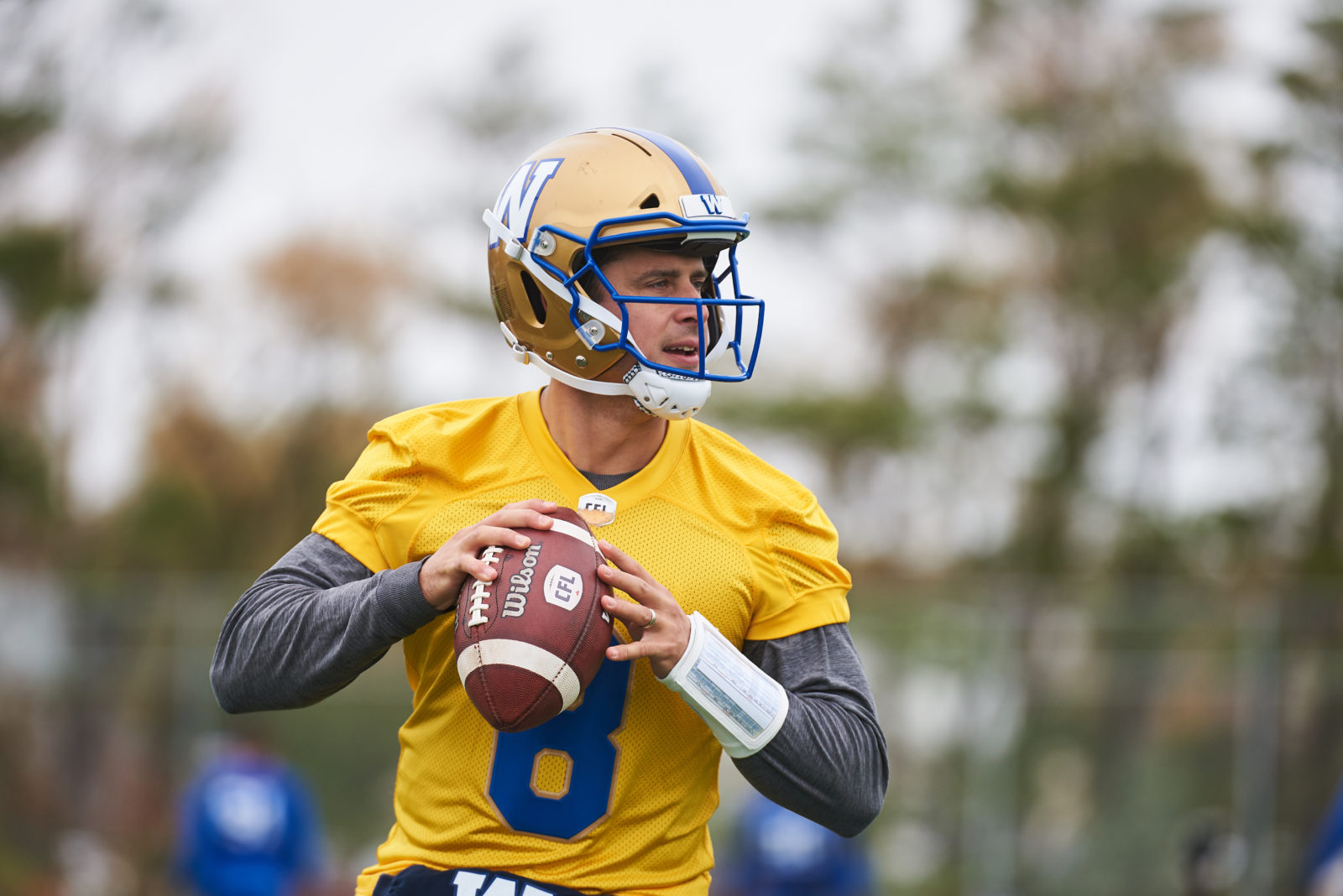 Adam Bighill and Zach Collaros, like many of their brethren across the country, absolutely love the Canadian Football League and the opportunity the three-down game has provided them.

That was clear in a media conference call featuring the two Winnipeg Blue Bombers veterans on Tuesday, where they expressed their disappointment in the league going dark for a year after the cancellation of the 2020 season.

But the overwhelming tone in the close to 30-minute conversation was one of frustration, mixed with bitterness and even anger about what had unfolded in the months leading up to Monday’s announcement – proof that the league and all its partners have a lot of repair work to do as the focus shifts to 2021.

“It’s tough to really look at what the future is going to be with still so many unknowns,” said Bighill, the Bombers’ veteran middle linebacker. “There are a lot of people working in the background to figure this out, but one of the things that was highlighted throughout this entire process is we need to build a better relationship with the CFLPA and the CFL as far as how well we’re communicating and build a real relationship we can move forward on.”

Both players pointed to the fact the players’ association wanted to begin conversations with the CFL on a gameplan in March when the Coronavirus really took hold, but did not begin having those discussions until June. As well, in addition to the CFL’s first ask for financial support coming prior to meeting with the players, the CFLPA’s first look at an amended collective bargaining agreement did not come until July. 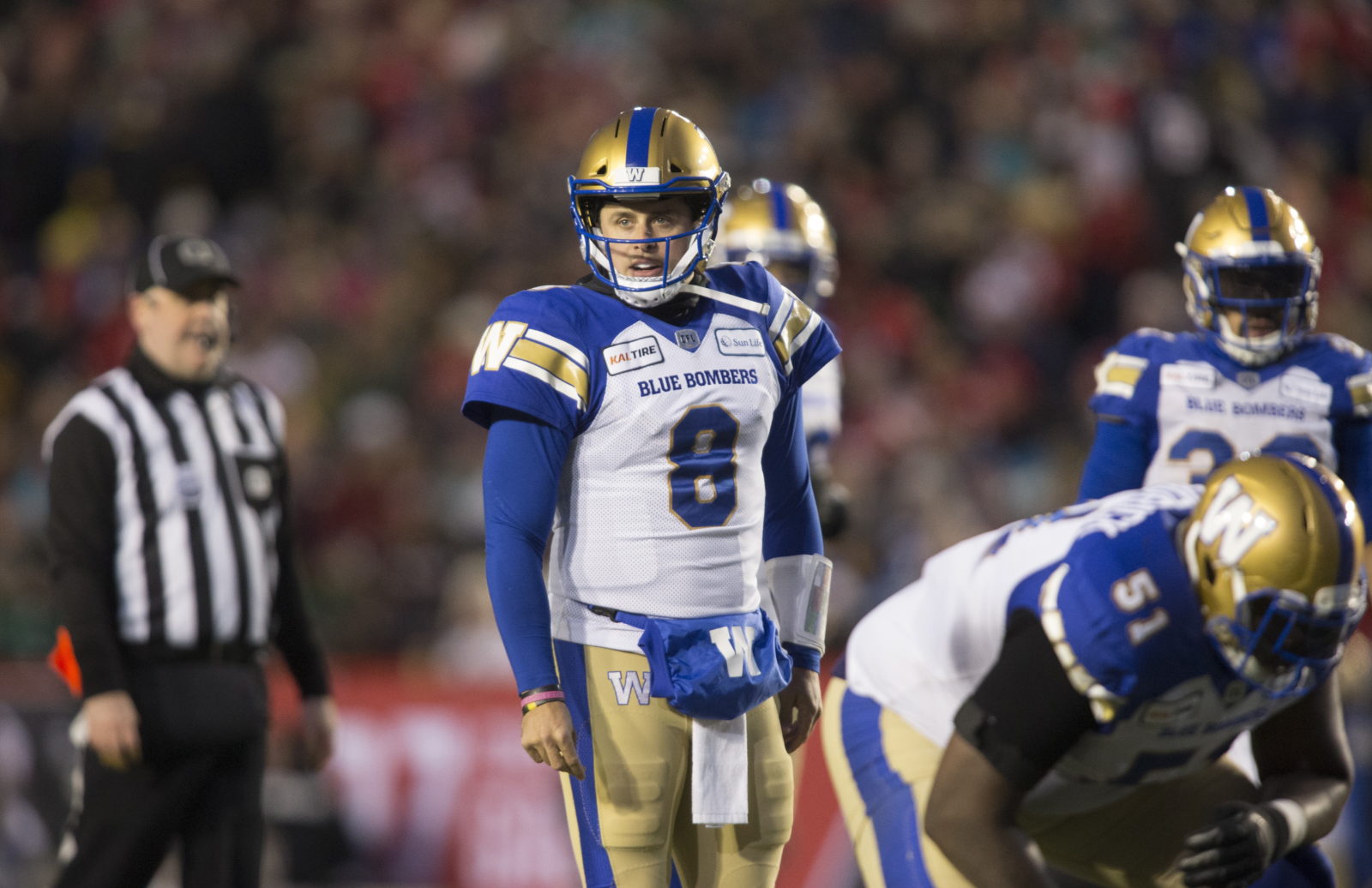 “The optics of going to the federal government without consulting with us at all was definitely tough,” said Collaros. “Guys were definitely not happy about that. It’s kind of a microcosm of how this pandemic has been handled from leadership in North America. The transparency is not there, the communication hasn’t been great. That needs to improve moving forward if 2021 is going to be successful.”

“There are a lot of things that could have been done earlier,” added Bighill. “We need to work better together as league and player reps, players union, to be able to make this product better. (CFL Commissioner) Randy (Ambrosie) has said it a number of times: the business model is broken. So how do we fix it? Those are things that need to be addressed and we have time to do that.

“There has to be a better working relationship where we’re truly partners, because right now we haven’t been treated as partners. We’ve been treated as… ‘Come to the table and talk when we want you to.’ It’s clearly not working for us. It’s been what’s happened in the past… it’s not something new. But are we making progress as a league and as players?”

Collaros, who became a first-time father in the spring, spoke of the conversation he and his wife were prepared to have if he had been asked to leave his family in Ontario to head into the bubble here in Winnipeg in the proposed hub-city plans. But he also spoke of his frustration in being ‘strung along’ for months and months before Monday’s announcement closed the book on an abridged 2020 CFL season.

That sentiment, coupled with the uncertainty surrounding the virus, has led to some trepidation about predicting what 2021 might look like for the league. 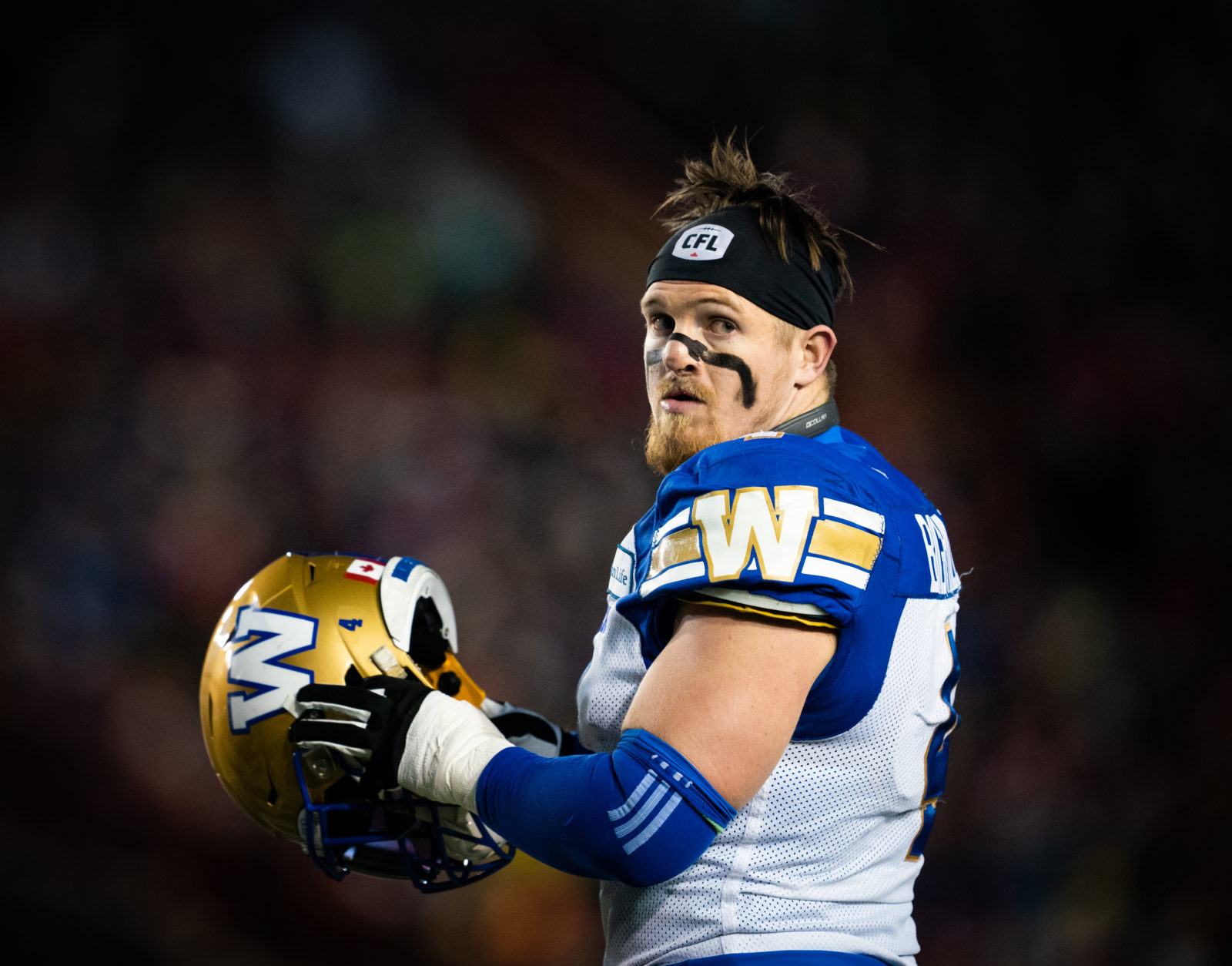 “Throughout this whole process there’s been a lack of transparency and communication,” said Collaros. “We’ll see how things shake out in the next couple of days and weeks. I can’t give you a great answer as to what I think the league will be like in 2021. Obviously there are some very smart people at the top of this league making the decisions, from the PA side and the ownership/board of governors side. We’ll put our trust in those guys and hope that the CFL doesn’t miss a beat.

“It’s a different time with this pandemic. Everything has been affected. We’re definitely not in the minority there. We’ll see what happens moving forward. I know it’s a great product. I’ve really grown to love this game, the Canadian game, this league and the fans.

“We just ask for the fans to stick behind us and know that we’re putting all the work in to come back better and stronger in 2021. I don’t know if you win the championship in 2019 and 2021 if that counts as back to back, but that will be our goal. It’s really disappointing to not get on that field and defend the title this year. We’ll have to wait however much longer this is going to last to get on there and do that. It’s just really disappointing.”

In stressing the need for an improvement in the working relationship between the CFLPA and the CFL, Bighill and Collaros also spoke on how the league should examine fixing its business model.

That shouldn’t include cutting player salaries by lowering the cap he said, given they make up 30 percent of teams’ expenditures.

“The NFL is at 47 percent, other leagues are upwards of 40 and above,” said Bighill. “So if you look at where we need to cut spending, I wouldn’t say players are the first (area) you need to look at.

“As I said, Randy has said over time the business model is broken, so I don’t necessarily think that the players are breaking the model.

“… Teams should spend appropriately, as always. A GM would tell you that. At the same time, where in the business model is spending going? Other places… administration… those things need to be looked at, literally the entire business model. You can’t look at players as the only equation for all the money that is being spent.”

The idea of league-wide revenue sharing and a single-entity ownership for the entire league was also broached during Tuesday’s call – all ideas the two Bombers think should be explored.

“We’re missing harmony across the league,” said Bighill. “Owners and public teams are in different positions in different provinces with their different respective situations they’re facing. I don’t know… at the end of the day it might be best if the CFL was owned by one entity.

“There are a lot of things involved. It’s not an easy thing to figure out in a couple of days.”