Mike Jones, Jr. ready for the next step 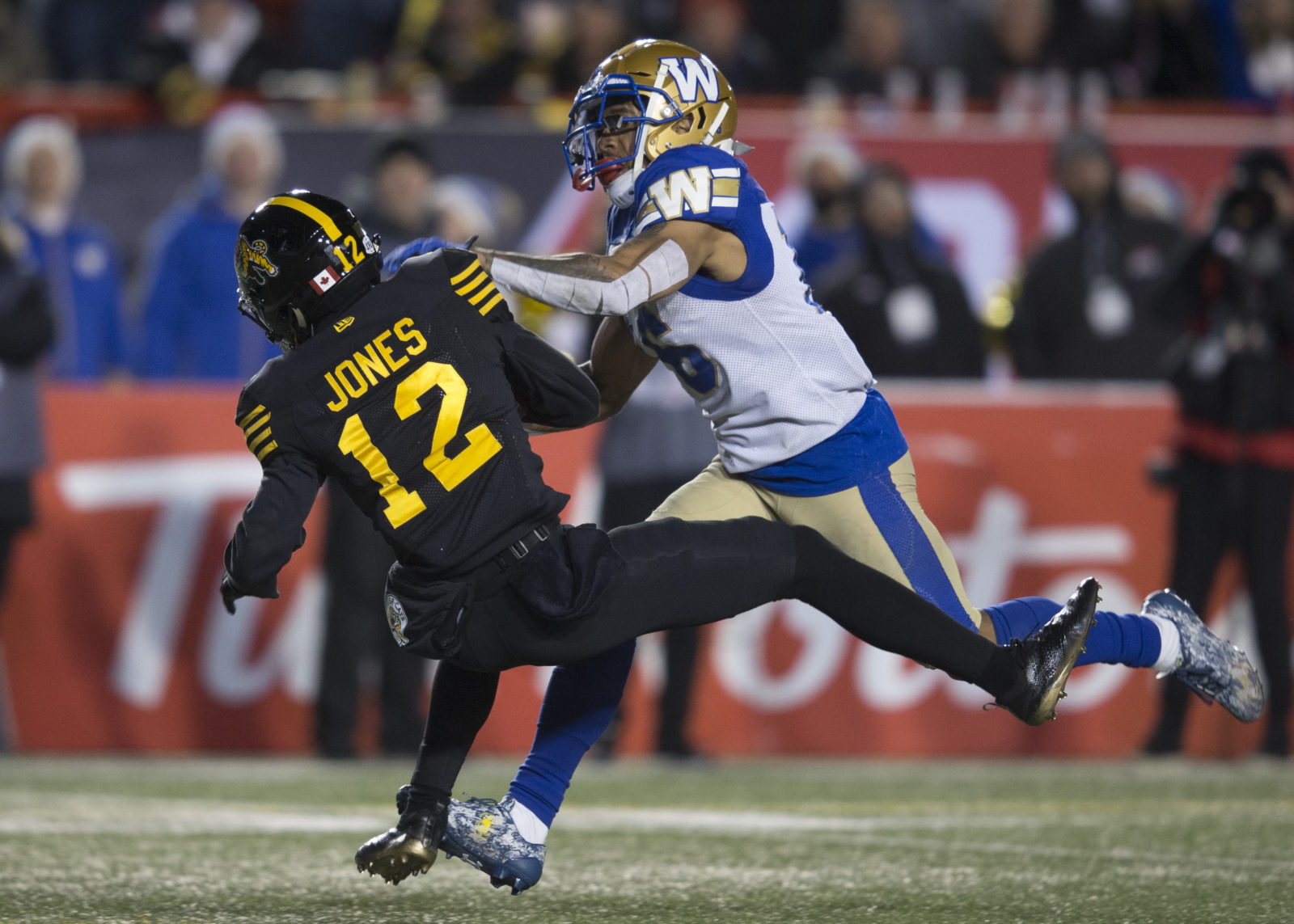 Mike Jones, Jr. ready for the next step

Mike Jones, Jr. is settled into his routine at his offseason home in Baltimore, Md.

The Winnipeg Blue Bombers cornerback would have been one of the intriguing storylines through training camp and the opening of the 2020 Canadian Football League season which – prior to the COVID-19 pandemic – was to begin this week with the defending Grey Cup champions in Hamilton to meet the Tiger-Cats.

Jones, Jr. was hardly a household name as the 2019 season unfolded, as he bounced back and forth from the practice roster to the active lineup, primarily as designated import.

In fact, he didn’t make his first CFL start until the Bombers’ win over the Calgary Stampeders in the regular season finale.

Thing is, by season’s end the 24-year old North Carolina Central/Temple product had not only transformed into a starter in the Bombers’ re-configured secondary, he was quietly playing as well as anyone in the club’s defensive unit.

“I remember there was a point last year where my coaches emphasized that it was time to grab hold of what was in front of me and not let it slip through,” began Jones, Jr. in a chat with bluebombers.com.” 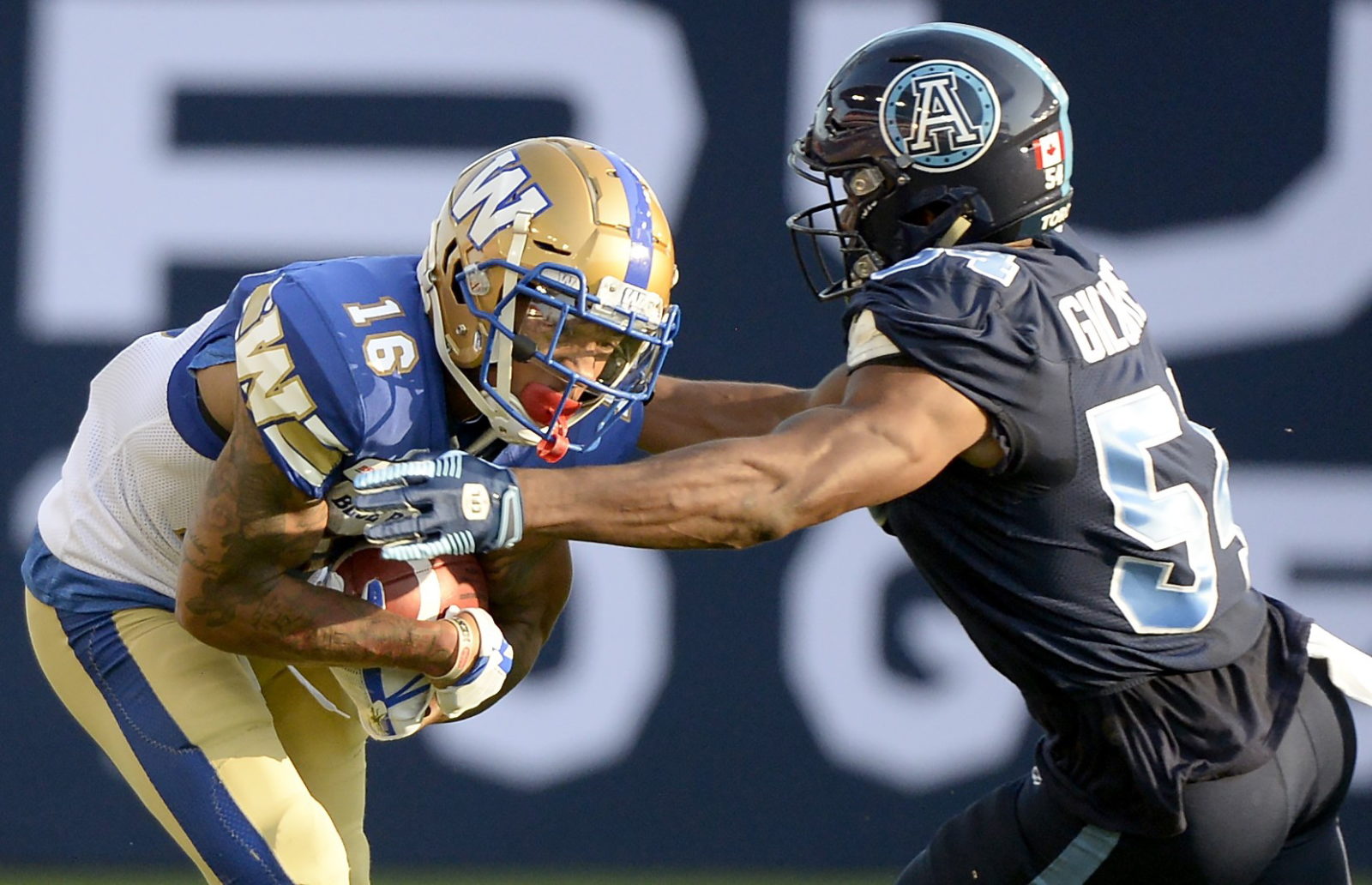 “During the season there were some questions on whether my growth was there. I just thought it was time to show that I was that person that was showing growth. I did mess up on some things early on in the season, but down the line I started to execute on everything I needed to.

“It was taking more time in the film room, talking to more guys about where I needed to be on the field, or getting that connection with my strong half or the safety.”

The evidence is all over the game film, as Jones, Jr.’s four starts, including the magical playoff run, featured 16 tackles, one tackle for a loss, two interceptions and four pass knockdowns. He was superb in the Grey Cup, registering four tackles, a pick and three knockdowns.

“I knew the severity of the moment,” he said. “It wasn’t ‘OK, now I need to flip on the switch.’ It was just, ‘Ok, you’re in the championship game you better come ready to play or you might as well just go home.

“I had played in a lot of championship games in my college career, little league career. So it was nothing new to me. It was, ‘Let’s turn it on. Let’s go.’”

The finished product looked light-years away from the player who first arrived in training camp. Like many defensive backs who come north from the U.S., there is a significant adjustment to the Canadian game, from the extra player on a wider field, to the heavy emphasis on passing to all the motion.

“Having to cover a receiver who already has a running start?,” said Jones, Jr. “I mean, that’s tough. That’s an adjustment, that transition was new to me in terms of trying to gauge the tempo of receivers and read that. You’ve got to have your head ready, you’ve got to start learning and execute the different techniques. I took it on.

“It is kind of sink or swim. That’s the nature of the business. They’re going to hold you to the highest standard and you’d better be right there with them or you will probably be sent home. I’m not going home.” 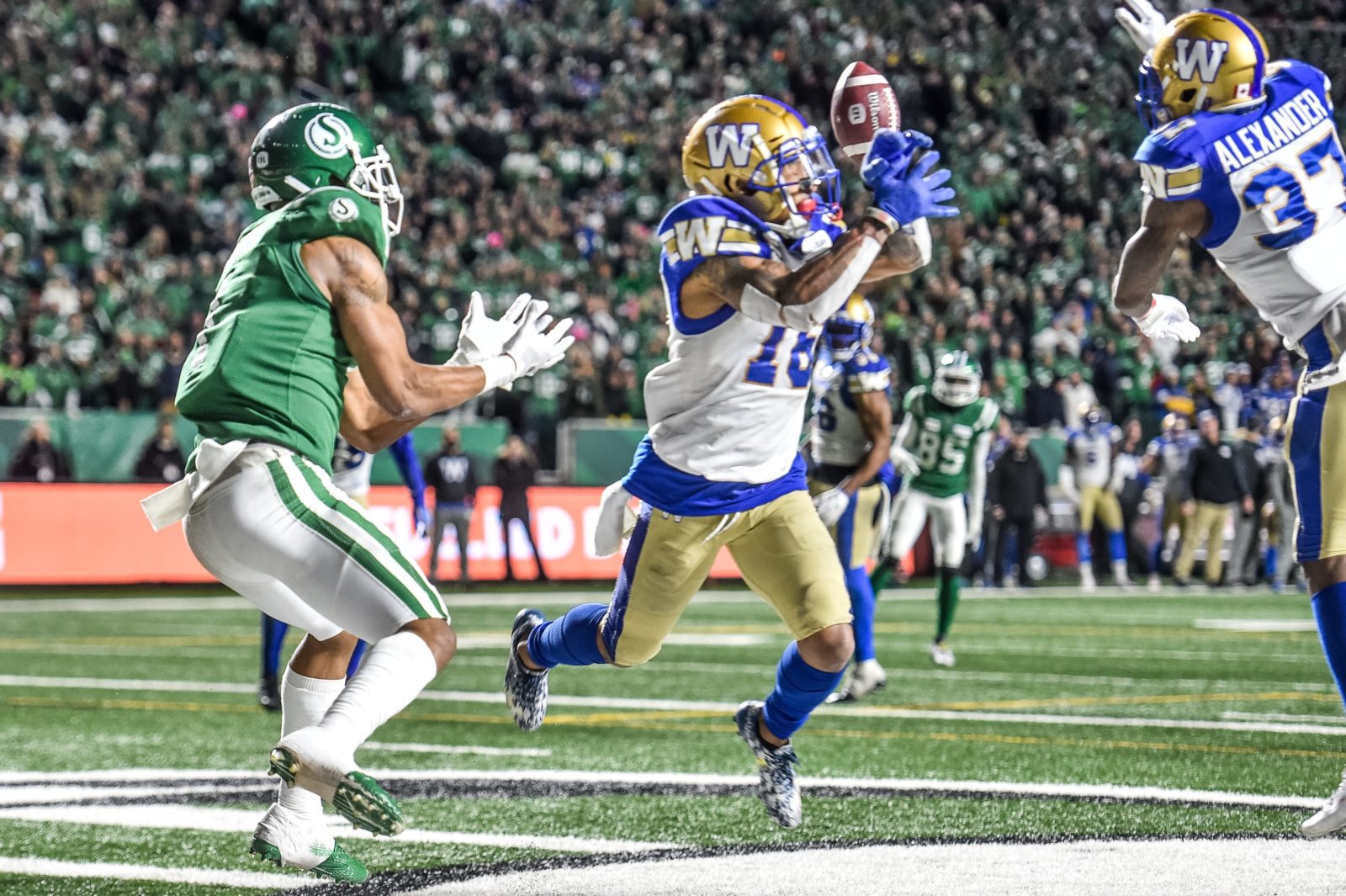 “The veterans really helped me out the most. When it was my time to start I wasn’t out there nervous. I talked to Winston (Rose) every day… BA (Brandon Alexander), his locker is right next to mine. We were already having conversations about getting through situations. I knew that somebody had my back – my teammates.

“Plus, I battled all season the move between the PR and the active roster. When you’re on that practice roster it’s just so different. You’re thinking you’re not good enough or that you should go home… all those things. It’s like you’re not yourself. You’ve just got to keep going.”

Whenever the Bombers return to work, Jones, Jr. could be one of those second-year players so many CFL coaches speak about taking that proverbial next step. The Bombers have a number in that category, also including the likes of Kenny Lawler, Drew Desjarlais, Lucky Whitehead, Rasheed Bailey and Janarion Grant.

A quick peek at his new Instagram page designed to showcase defensive back drills and movement offers a glimpse at how ready and eager Jones, Jr. is to get back at it.

He has coaching in his blood, inspired by his father Mike Jones, Sr. and his high-school coach who instilled in him a desire to listen, to learn and to work at his craft – characteristics that certainly served him well throughout his rookie CFL season.

“It’s a chance for more guys to come and work out with me,” said Jones of his DB Efficiency page. “When I’m working guys out it’s really intense movements, elite movements… trying to get in and out of transitions, learning your body weight, how to transition that weight from one foot to the next, how to keep your body low. It’s simple stuff that goes along with what you need to be an efficient defensive back. I’m a technician. I like to get things down pat by really learning what I’m doing

“I’m ready to get back,” he added. “Whenever they give me a date and it’s time to report, I’ll be ready.”