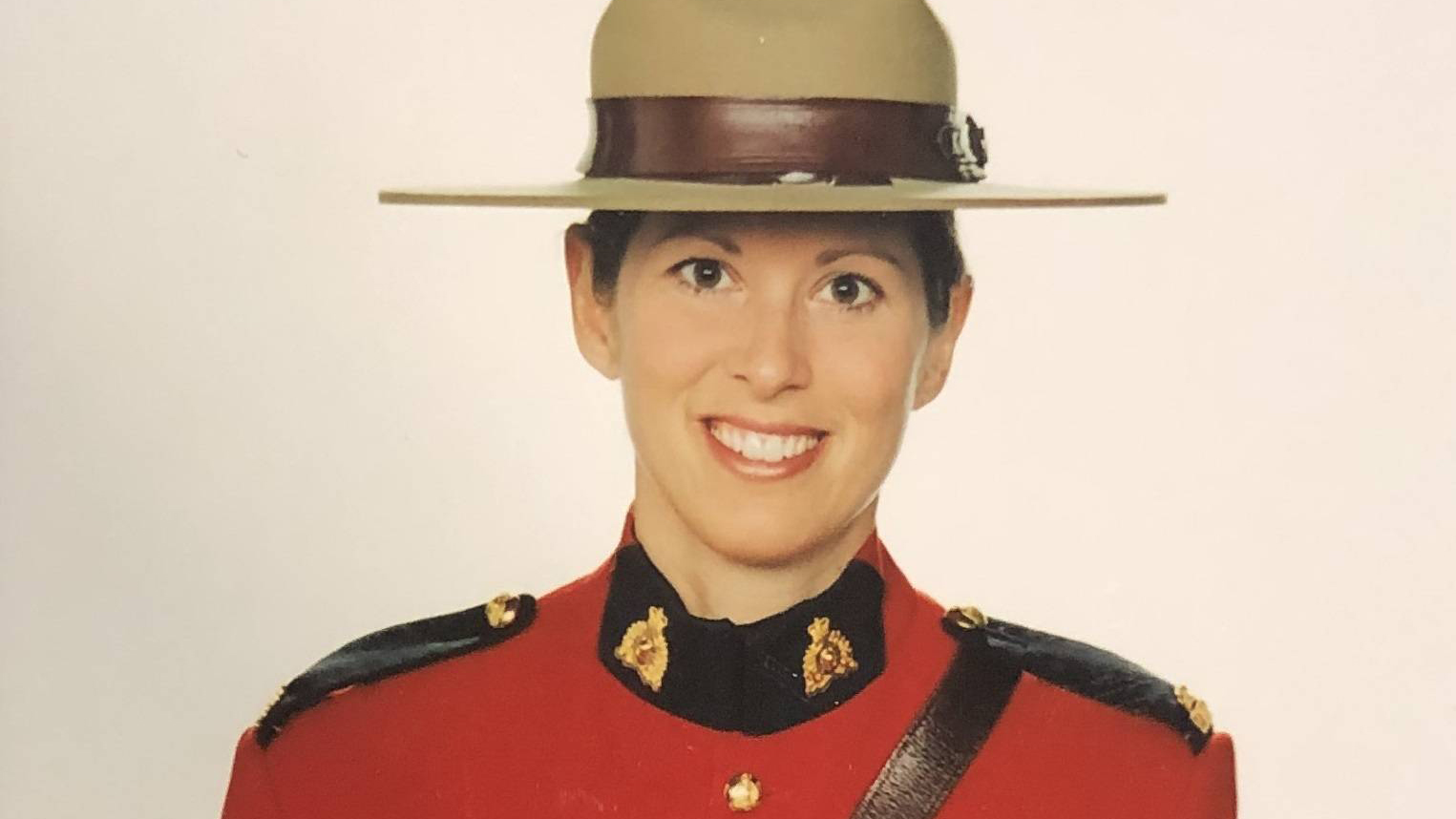 The eulogies have been tearfully delivered with compassion, and Constable Heidi Stevenson has been honoured in many ways since her sudden and tragic passing in April.

The Winnipeg Blue Bombers are now joining in those salutes for the RCMP officer, killed in the line of duty back on April 19, 2020 during the unthinkable mass murder in Nova Scotia that saw a gunman go on a rampage and kill 22 people in several communities.

With the blessing of both her family and the RCMP, Stevenson will be honoured as part of the Bombers ‘Heroes of Champions Way’ campaign. That campaign, in conjunction with Athlitacomics of Chicago – the company founded by University of Manitoba product and former NFLer Izzy Idonije – was initially launched to showcase 11 Bombers players as superheroes.

But as the COVID-19 pandemic began to unfold, the campaign was widened with frontline workers then honoured. Three of those workers – nurse Allison Zimmer, postal worker Ken Oberlin and Justin Malec of the Winnipeg Police Service – were selected from over 100 nominations to have their likenesses transformed into superhero form by Athlitacomics.

The idea to honour Constable Stevenson came from Malec who, after being informed that he had been selected, politely suggested that in light of what had unfolded in Nova Scotia, she be honoured instead. 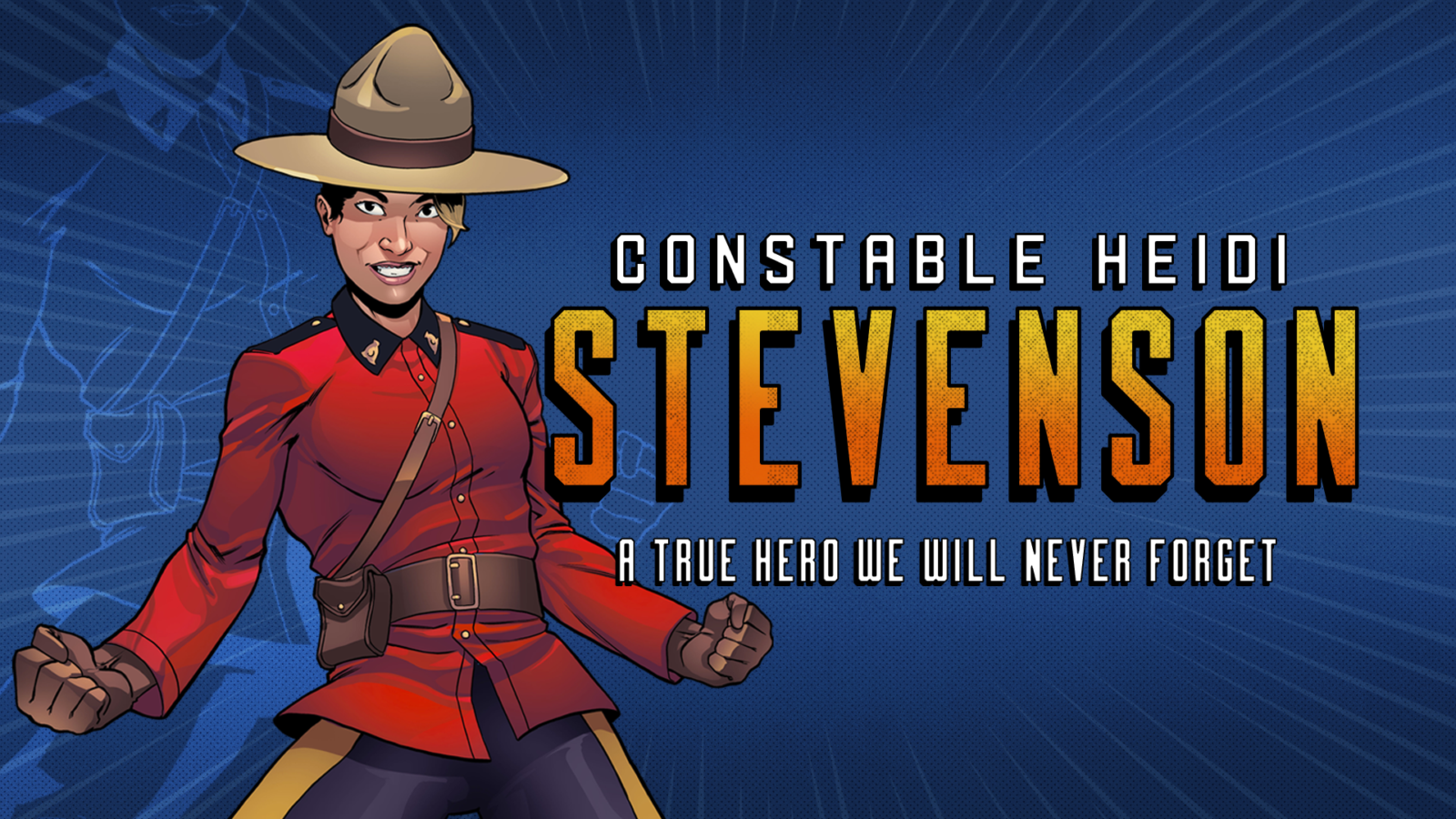 In his e-mail to the football club he wrote:

“Not only did she serve the Canadian people during this pandemic but she paid the ultimate sacrifice trying to subdue the suspect. I couldn’t think of a better role model for young boys and girls than this brave female Police Officer. She’s truly a hero and should be remembered as such.”

Malec has been honoured, but the club and Athlitacomics agreed to also provide a caricature of Constable Stevenson, which has been approved by her husband Dean and children Connor and Ava.

Constable Stevenson was born on July 11, 1971 and grew up in Antigonish, NS. She graduated from Acadia University with a Bachelor of Science degree in 1993 and was drawn to a career in policing while working part-time with campus safety and security.

Constable Stevenson served with the RCMP for 23 years in a variety of roles, including representing the service as part of the Musical Ride as well as in general duty and community policing. She had been particularly proud of her work as a Drug Recognition expert.

A respected member of the force, Constable Stevenson was also a popular neighbour in her community, as evidenced by the outpouring of support for her from across Nova Scotia and the rest of Canada that included mourners dropping off flowers, cards and food at her RCMP detachment.

Said the RCMP, in a statement to the Blue Bombers organization after signing off on Constable Stevenson’s caricature:

“Thank you again for your support of the frontline workers in our community, and thank you for the tribute to Cst. Stevenson. It is warmly appreciated.”