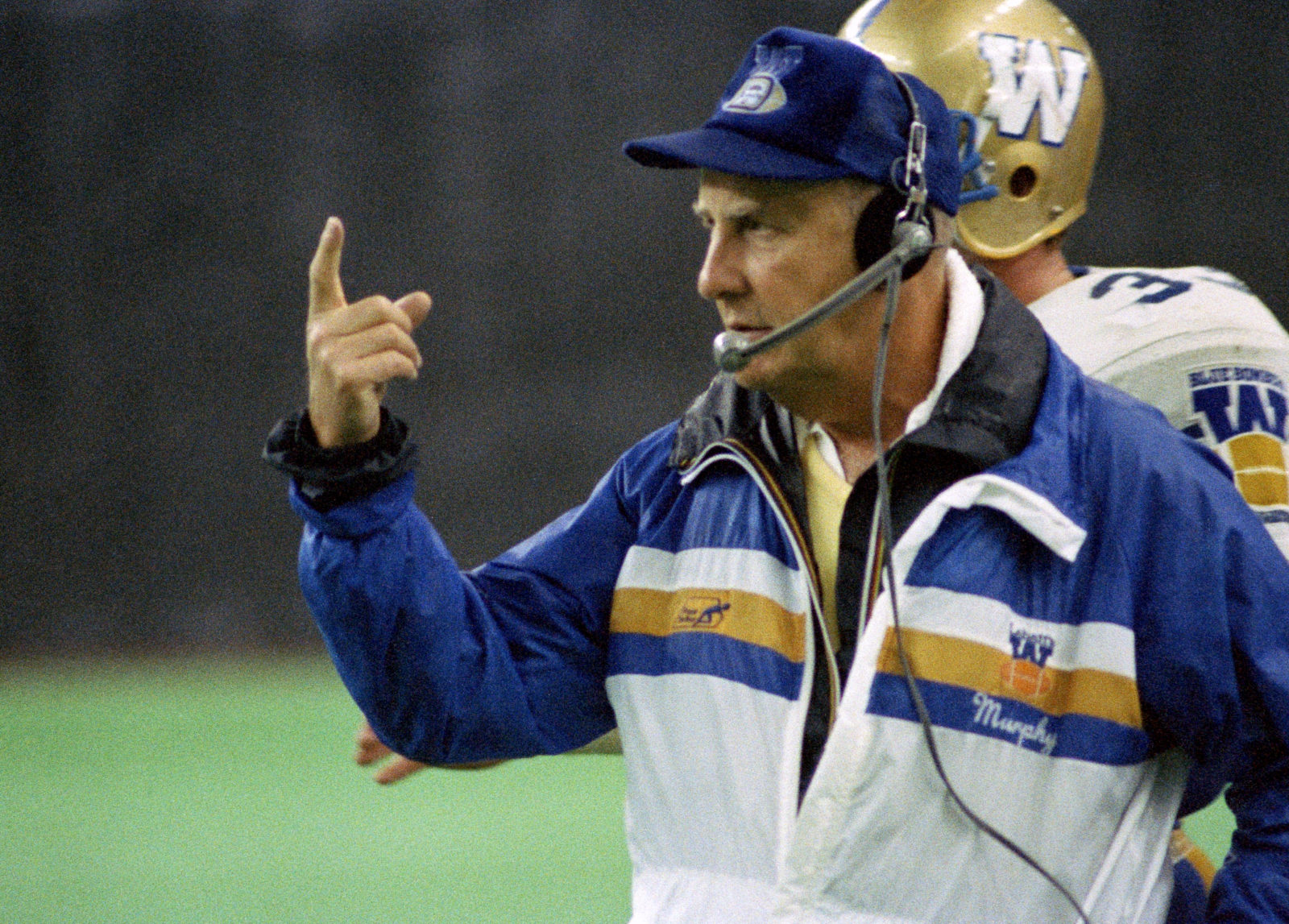 Let me be the roughly 453,786th player, fan, media type, coach, or Canadian Football League employee from across this great country to weigh in with this:

I miss training camp right now. I mean, I really, really miss it.

Under normal pre-COVID-19 pandemic circumstances, CFL teams including the Winnipeg Blue Bombers would be 13 days into camp. The Bombers would have already played one preseason game, with one more to go before the final cuts on June 6th.

Some storylines would already have played out, while many others would still be unfolding. And, as is the script every year, there would be the side stories of players who were no-shows, others who may have been contract holdouts.

There would be some utterly bizarre tales worth sharing, too.

An example: many moons ago the Bombers had signed a highly-touted offensive lineman out of Ohio State who, we discovered later, showed up for camp, gorged on the breakfast buffet on Day 1 and then bolted before even stepping onto the field. 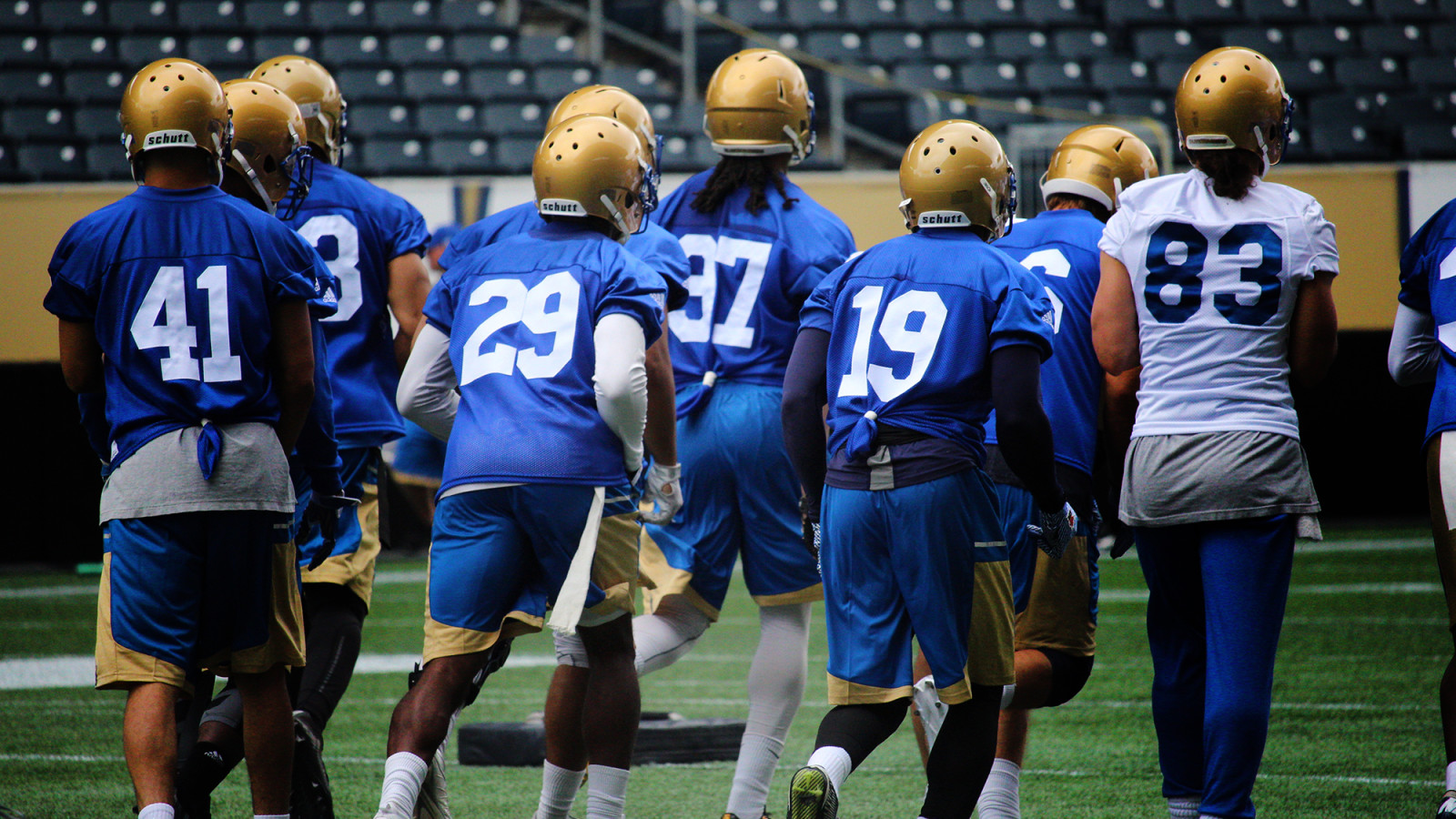 And, yes, that’s a long haul for a guy to make for a couple plates of eggs and pancakes.

There’s more to camp than what just unfolds between the white stripes. I miss the stories you hear from players, coaches and scouts – some we’ve heard before, many fresh, new material – as the opening of camp and the arrival of football personnel has a first day of school feel to it.

Yours truly has been fortunate to cover Bomber training camps dating all the way back to 1990, from the days of Mike Riley as head coach, through the regimes of Darryl Rogers, Urban Bowman, Cal Murphy, Jeff Reinebold, Dave Ritchie, Jim Daley, Doug Berry, Mike Kelly, Paul LaPolice, Tim Burke and right up to Mike O’Shea.

Every camp was fascinating in its own way and offered up its share of drama. They also introduced us to some remarkable players and colourful characters.

Indulge me, if you will, while I revisit three of my favourite memories from training camps I covered… 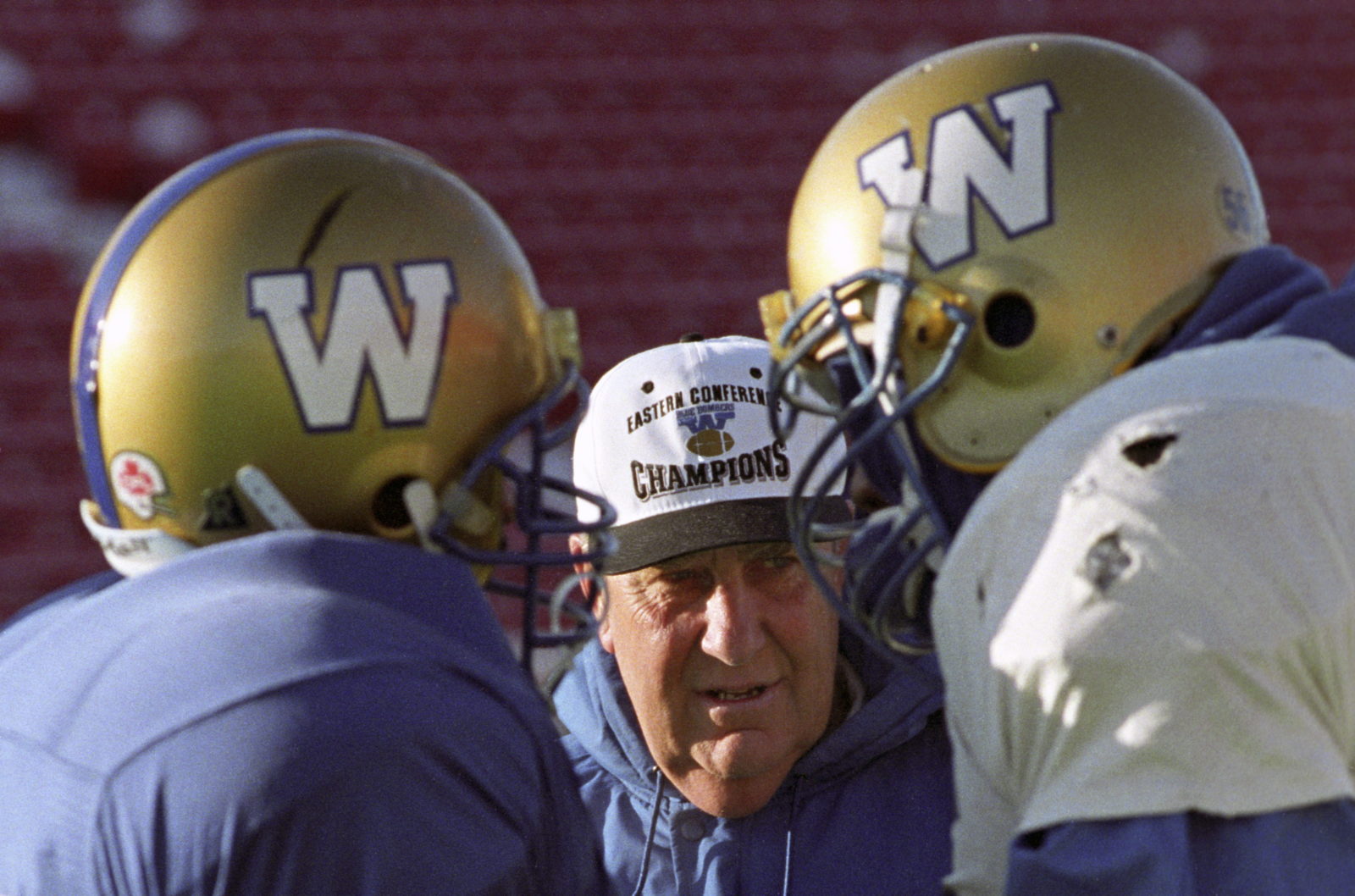 For a few years in the early 1990s, the Bombers used to trek out west to the Wheat City for training camp, held on a field where the Brandon University’s Healthy Living Centre now stands.

Cal Murphy, fully recovered from his heart transplant in 1992, was back on the sidelines a year later as the GM and head coach. Cal could spin stories and he really seemed to enjoy having the media gather in his room on the main floor of the dormitory across the street from the practice field that housed the players and coaches.

Every day the press attending camp would sit in there and ask questions. For those that lingered, we’d occasionally be treated to some of Cal’s best stories, many off the record.

Well, in ’93 the Bombers had signed a promising defensive end by way of Florida State named Keilly Rush, who stood 6-7 and had a wingspan that seemed to reach from Brandon to Carberry. His potential was enormous – think Willie Jefferson, before the current Bombers end had morphed into the CFL’s Most Outstanding Defensive Player.

Trouble is, Rush had a tendency to do things over and over again that just rankled Kindly Cal. He missed meetings. He was late for practice. And, most of all, he just seemed to be scratching the surface of all his potential talent.

But before Murphy had run out of patience with the man, he told the story of how Rush attempted to break curfew one night during Brandon camp.

A scorcher of a camp day back in ’93 was followed by a hot and humid night. Cal had left the windows open in his room on the ground floor of the dorm, just beside the front door. Middle of the night he is awakened by the sound of a car pulling up front, then a large thump coming from above him. Looking out the window, Murphy saw a player – hardly being discreet as he was wearing orange neon pants – running to the car after jumping from his second-floor window onto the overhang above the front door and then dropping down to the sidewalk.

What I remember most about this story was asking Cal how he knew it was Rush, seeing as it was late in the evening. It turns out that when the car pulled up to the dorm, Murphy heard the occupants call out Rush’s first name.

And hearing Murphy – who put the ‘old’ in ‘old school’ – impersonating the sound of the young female calling ‘Keilly…. Oh, Keilly…’ had those in attendance in his room cackling with laughter. Some things just stick with you. 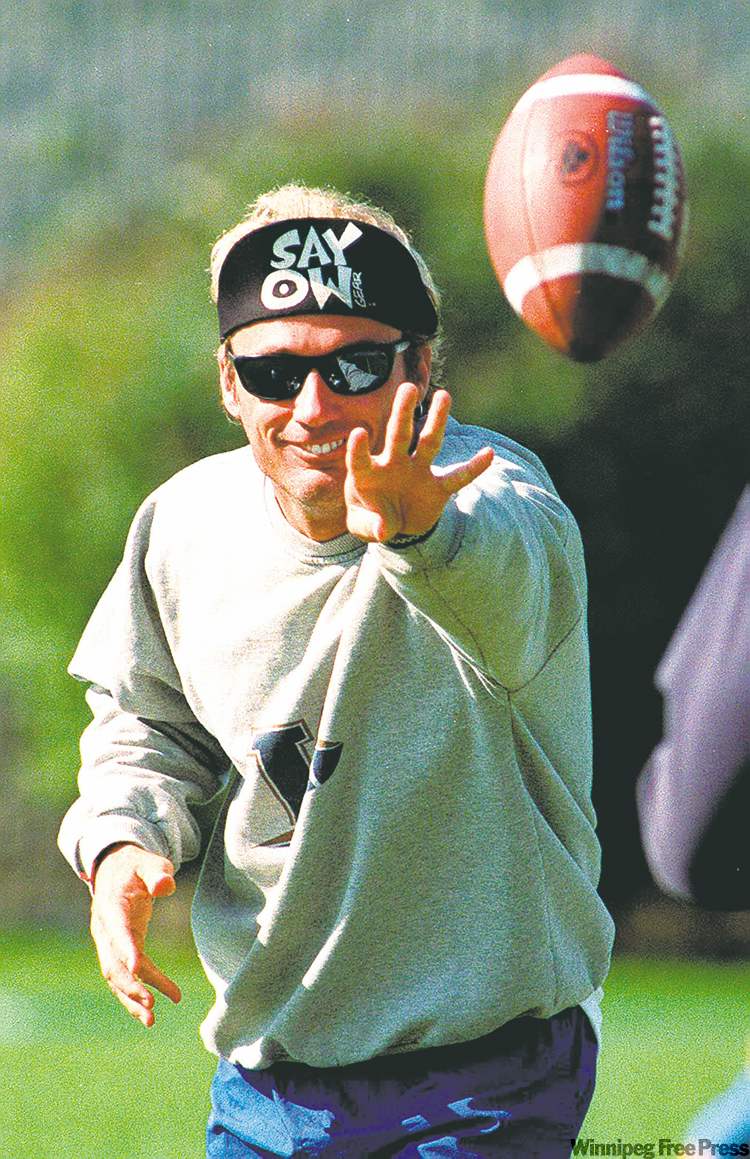 The Bombers had been thumped 68-7 in the 1996 Western Semi-Final, the worst loss in CFL playoff history, and with that came sweeping changes. Murphy was out and replaced by a young head coach who was everything Cal was not. Jeff Reinebold came riding into his introductory press conference on a Harley Davidson and set about making sweeping changes to the roster and the way the Bombers did things. He exited less than two years later after a 6-26 record, but not before bringing about an earthquake of changes that saw him dismantle a 1996 team that certainly had its flaws.

There was also a uniqueness in just about everything he did, especially in comparison to Murphy. That was evident long before camp opened, but reinforced on the first day.

After a few years in Brandon, the Bombers had moved their 1997 training camp to the Southport Aerospace Centre, just south of Portage la Prairie. Among Reinebold’s many new brainstorms was the idea that playing music during practice helped relax players.

“Watch what happens to people when the music is playing,” said Reinebold on that day in 1997. “The power of ambient music is incredible.

“I’m just trying to create an environment and make camp a little different. I think the players will enjoy it. It doesn’t have to be Stalag 13.”

And so at 7:50 a.m. on a Sunday morning AC/DC’s ‘Hard as a Rock’ blasted through two outdoor speakers set up on the edge of the practice field. That was followed by some Van Halen, Aerosmith, Collective Soul, Metallica and Stevie Ray Vaughan. Offensive lineman Brett MacNeil petitioned to have Black Sabbath and Soundgarden added to the playlist.

Trouble is, not all folks living at the Southport Aerospace Centre appreciated being awakened so early that Sunday morning with the raspy vocals of Brian Johnson and the screaming guitar solos of Angus Young. They let the Bombers know it, too, who turned down the volume and made sure to check the lyrics of some of the tunes, which had not been suitable for all audiences. 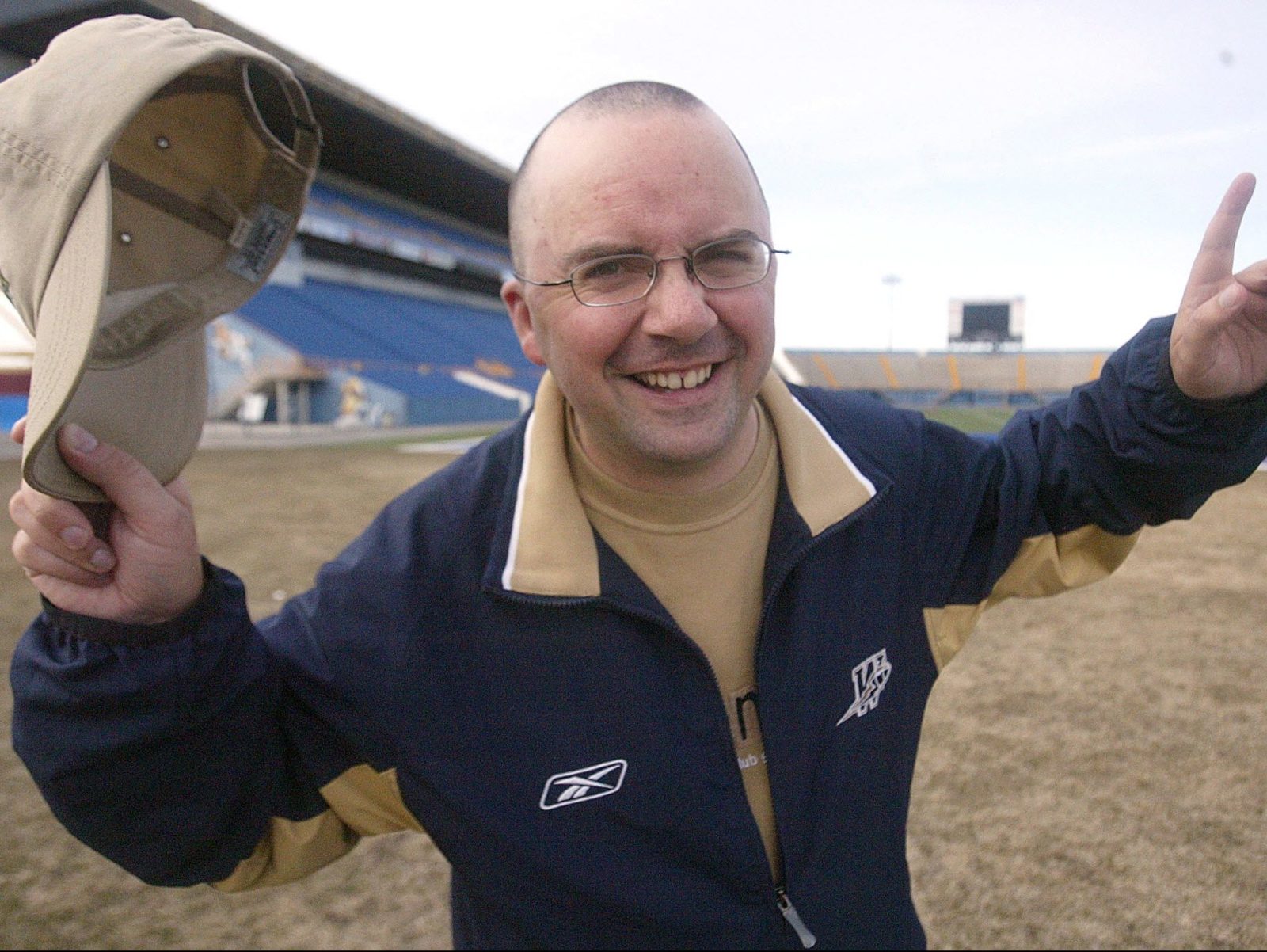 The Reinebold era over, the Bombers turned to Dave Ritchie as head coach for a rebuild that began in 1999, with Brendan Taman brought aboard as an assistant GM. And, as with any regime change, there would be more roster tinkering.

The Bombers were a few days into training camp when Ritchie and Taman began making the first round of cuts. Players were brought into a lounge at the Victoria Inn that featured food tables set up, including bagels and peanut butter.

Orlando Rogers, a defensive back, was among the cuts. And here’s how Taman relived the next few moments in an interview I did with him while working at the Winnipeg Free Press:

“He didn’t agree (with the decision). He cussed at us and later he came back to ask me – Dave had gone back to practice by then – why he had been released. I’m sitting there thinking, ‘OK, this could be interesting…’ Well, he got real upset and started to chuck this stuff around and he flung a jar of peanut butter right at me. I ducked and the jar went right into the wall. I mean, it embedded right into the wall.

“Luckily there was an adjoining room that I could run into and lock, because if he had gotten to the cutlery I would have been worried. The peanut butter jar was bad enough. I knew if the knives and forks had started fling things would have been different.”

As he left the room, Rogers – in one final act of defiance – pulled the fire alarm.

“In all my years of doing this, that was easily the craziest, most bizarre cut-down experience I’ve ever had,” said Taman. “Ever since I’m always reminded of that and I begin the day with ‘I wonder how this is going to go…’ It’s not too often you cut a guy and he gets a police escort to the airport afterward.”