Getting to Know Kevin Bourgoin 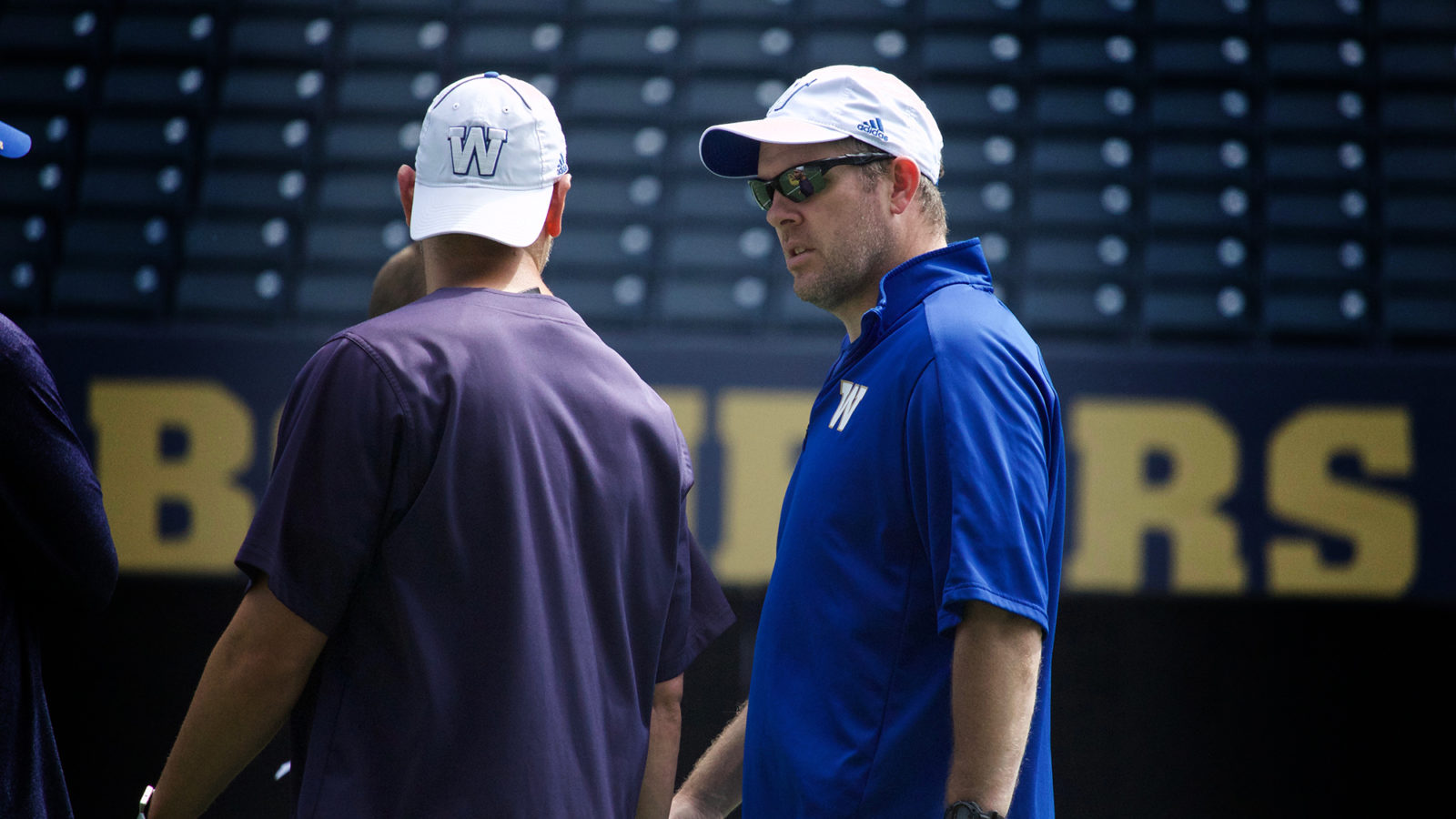 Getting to Know Kevin Bourgoin

It would be more than a little melodramatic to say one phone call changed Kevin Bourgoin’s life. It was a series of calls, actually, that eventually brought him to Canada – and to Winnipeg – a place he now calls home.

It was early spring in 2017 when Bourgoin got a call from then Blue Bombers offensive coordinator Paul LaPolice. And it’s here where his adventure in the Great White North first begins…

“I first met LaPo around 1997 at a football clinic in Maine and we had kept in touch over the years and saw each other about once a year or so at coaches’ clinics,” began Bourgoin in chat with bluebombers.com. “He would call once in a while, too, asking about players from Maine and the area.

“But on this particular day he called and left a message and I didn’t immediately return it, thinking I could call him the next day. Then Paul Boudreau (currently the Bombers’ special teams coordinator, a friend from their days coaching at Brown), called and said, ‘You need to call LaPo back. We have a job open and he needs to know if you’d be interested.’”

Even then, Bourgoin didn’t instantly accept the Bombers job without doing some homework and making some calls of his own. Here’s why: A product of Newport Beach, Mass., Bourgoin had started his coaching career at Colby College in Waterville, Maine, moving to Brown on Rhode Island and then to the University of Maine, where had served as an assistant in a number of capacities, including offensive coordinator.

So, the eastern seaboard had been virtually all of his life. 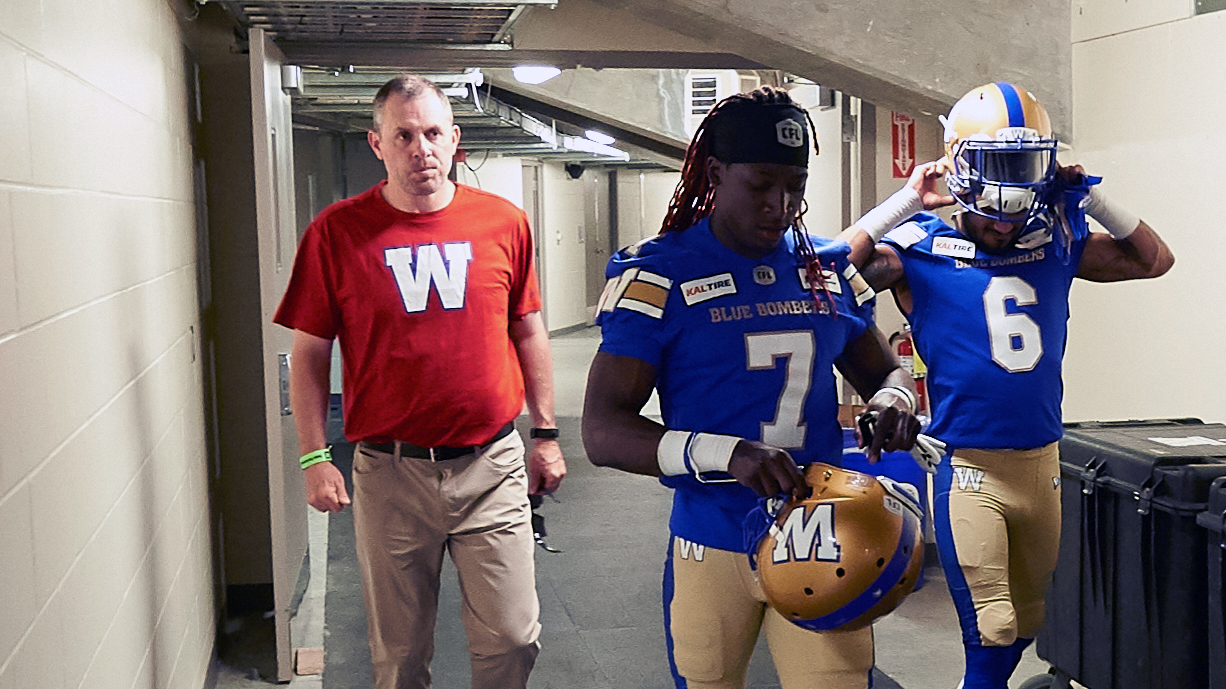 And Winnipeg? The CFL? The pro ranks?

“I had no previous experience with the league… I had one player that played in the league (QB Danny Collins) but didn’t really follow the CFL, didn’t really watch the CFL,” Bourgoin admitted.

“The allure was the opportunity to coach professional football and work with those kinds of athletes. I had gone from coaching in Maine and a high level of college football to Division III and so when LaPo called me it wasn’t an immediate slam dunk, it wasn’t ‘Yeah, I’ll be on a plane and come right now.’ I wanted to talk to the people I know and ask them about the league and then pick LaPo’s brain and have a conversation with Coach O’Shea as well.

“Here’s the thing: Sometimes I don’t think people realize – and I realize it more and more now that I’m in the league – how great a product this is and how good the players are. I remember our players at Maine looked at the NFL as the ultimate dream, but I don’t think they understand how good the game is in the CFL and how big it is.

“As I did my research it was like, ‘Wow. This is a pretty big deal. This is a great opportunity.’ The big thing was LaPo sent me video of the Labour Day Classic and the Banjo Bowl… I was watching it while I was on the treadmill and I called my wife right away and said, ‘We need to look at this job because it’s good football and it’s a good opportunity for me and our family.’”

“One of the things I always appreciated when I first arrived in Winnipeg – and since – is how blessed I was to work with Andrew and Mike Miller and guys like that,” said Bourgoin. “They just want to be great at what they do. They’re looking for anything you might be able to help them with that can improve their game and make them better. They soak up anything and are looking for any tip, idea, thought… whatever you can bring to their game to make them better.” 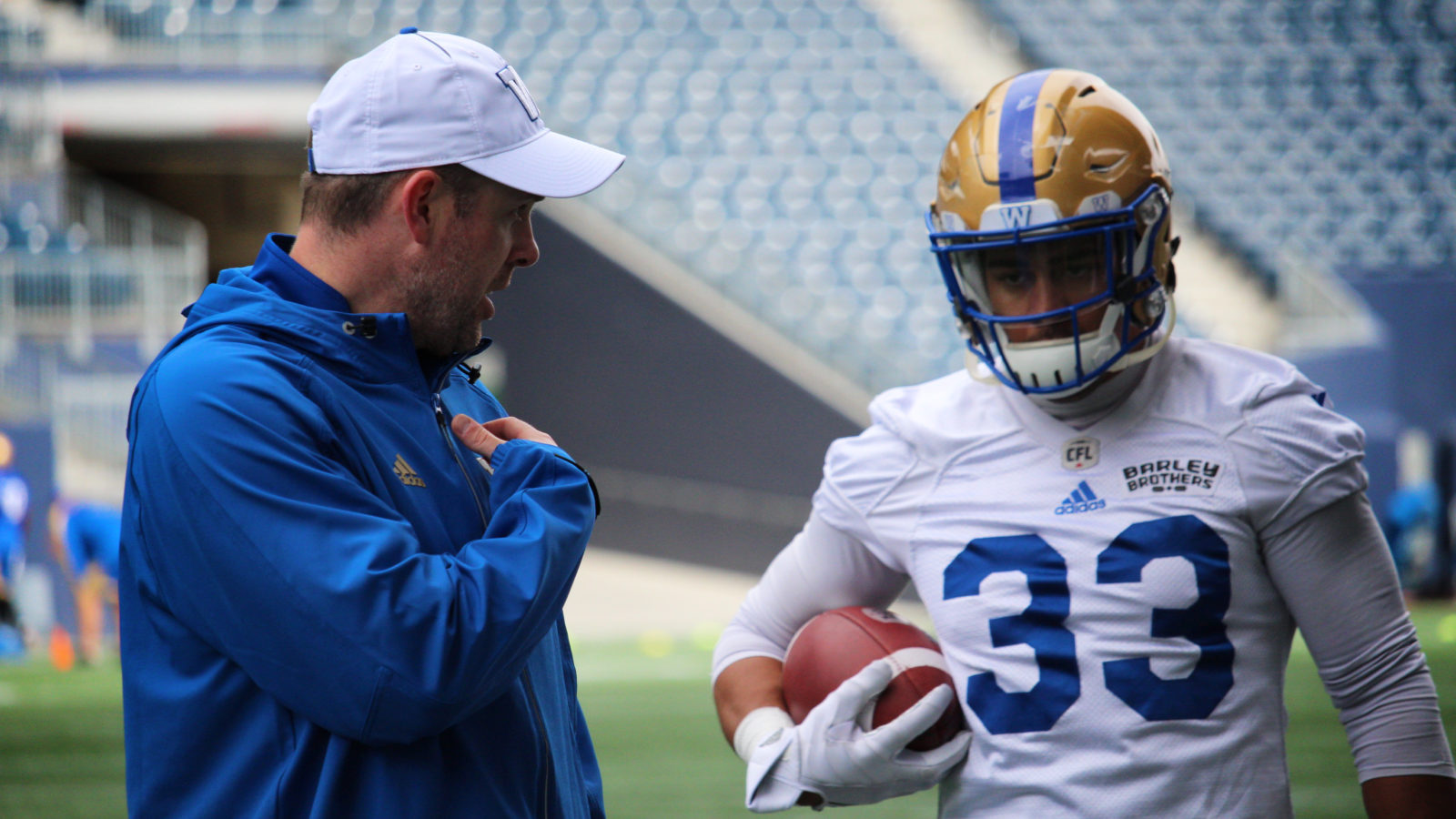 But with LaPolice having moved to Ottawa and with Buck Pierce now the offensive coordinator, Bourgoin has switched to coaching receivers, with long-time Calgary assistant Pete Costanza coming aboard to handle the running back chores.

The switch works for Bourgoin, a four-year starter as a receiver during his days at UMass who worked extensively with pass catchers at Colby College, Brown, and Maine.

“We didn’t throw a lot back in my playing days,” said Bourgoin with a laugh when asked to describe himself as a player. “I spent most of the time blocking and working with the blocking sled. But I’m really excited about the change and I’m itching to getting back to work.”

In the end, the decision to come to the CFL hasn’t just been a solid move for Bourgoin professionally, but Winnipeg has proven to be a superb place for he and his wife Amanda to raise their two sons, Brendan and James.

“I enjoy the people here. They like their sports, they’re passionate. This is a gritty, blue-collar city and I see myself that way,” he said. “Coming from Bangor, Maine, which is small, this has been good because of the opportunities for our kids. Both my kids play hockey and, for example, there are two rinks within an hour or so of Bangor. Here, living in Westwood, we’ve got five rinks within three or four miles of us.

“It’s been a great place to live, a great experience and that’s one of the reasons we’ve stayed here in the offseason.”