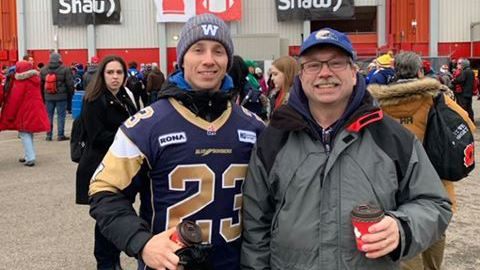 The last thing Justin Malec craves is attention, and he certainly hasn’t ever sought any recognition for what he does every day as a constable with the Winnipeg Police Service Tactical Support Team.

And so when his Aunt Collette Carriere entered his name as part of the Blue Bombers’ #HeroesForTheW campaign saluting essential workers – telling him it was just a ‘regular contest’ – Malec truthfully thought nothing more of it.

Then, when word came his name had been chosen among the over-100 nominations along with postal worker Ken Oberlin and nurse Allison Zimmer, and his likeness would be transformed into superhero form by Athlitacomics, Malec first wished to step out from under the spotlight.

“I go to work, do my day-to-day thing and help people the best I can,” Malec said.  “There are 1,400 officers out there doing the exact same thing as me and, in recent weeks in particular, there are officers out there making critical decisions and saving lives.”

Malec politely suggested that given the tragedy which unfolded in Nova Scotia in April, his name be withdrawn and the club instead honour RCMP Constable Heidi Stevenson, who died while on duty during the manhunt down east. 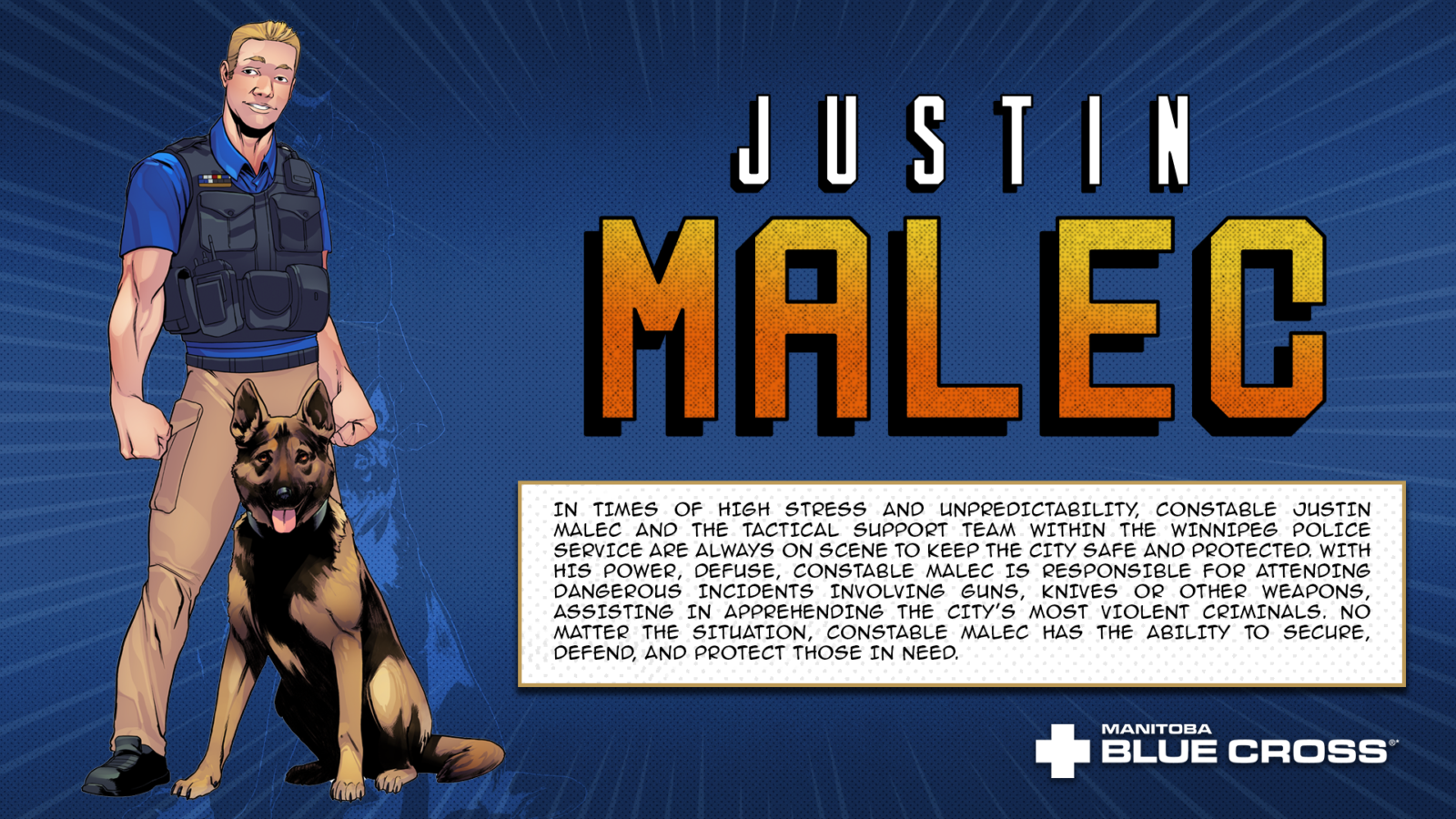 “Not only did she serve the Canadian people during this pandemic, but she paid the ultimate sacrifice trying to subdue the suspect. I couldn’t think of a better role model for young boys and girls than this brave female Police Officer. She’s truly a hero and should be remembered as such.”

It was a thoughtful sentiment and resonated so deeply the club has asked Athliticomics to design a fourth superhero, this one honouring Stevenson, along with Malec, Oblerin and Zimmer.

Malec’s likeness includes a dog, ‘Sparta’, who he had helped raise from a puppy and then train to be part of the Winnipeg Police Service’s K-9 unit. Hip issues prevented her from qualifying for the unit, but Sparta is now doing detecting work for a K-9 security company.

Malec, who played football for 15 years with the Fort Garry Lions, St. Vital Mustangs, Transcona Nationals and redshirted with the University of Manitoba Bisons, began his service career as a police cadet back in 2010.

Now almost 33, he was hired as a constable in 2013 and has been part of the Tactical Support Team for just over a year. On the side, he has volunteered for years with the K-9 unit, serving as the ‘bad guy’ in the training for officers and their dogs. 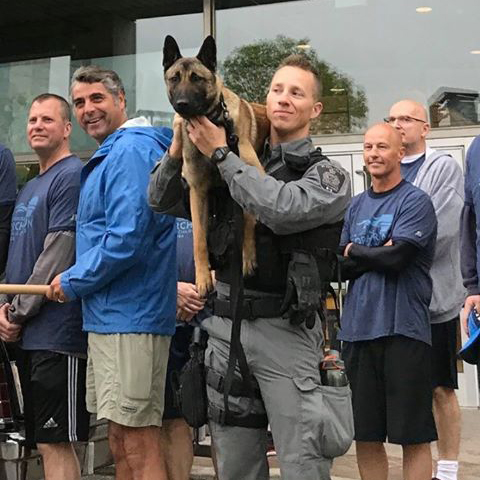 “Oh, I love it. It’s a great time. I enjoy it,” said Malec with a chuckle. “I’d be lying if I said I wasn’t attracted to some of the risk that comes with working in the police service, whether that’s training with dogs or going to other high-risk situations. I live for that stuff.”

Engaged to Mariel Kircher, who is also a member of the police force, Malec was overwhelmed when he first saw his Athliticomics likeness.

“I’m blown away by it. It’s pretty cool,” he said. “They’ve got the dog in there and they made me look a little taller, too.”

Honoured to serve and thrilled his suggestion that Heidi Stevenson be recognized has come to fruition, Malec is also appreciative of the pat on the back that comes from the #HeroesForTheW campaign.

And, just like Zimmer and Oberlin, he’s hoping that as we all struggle through the global pandemic, that all frontline workers get some love, too.

“I certainly appreciate the doctors, nurses… all the essential workers,” he said. “I’m guilty of it, because I never really realized how many essential workers there are in this city. It takes a lot of people to keep this city doing its day-to-day functions.