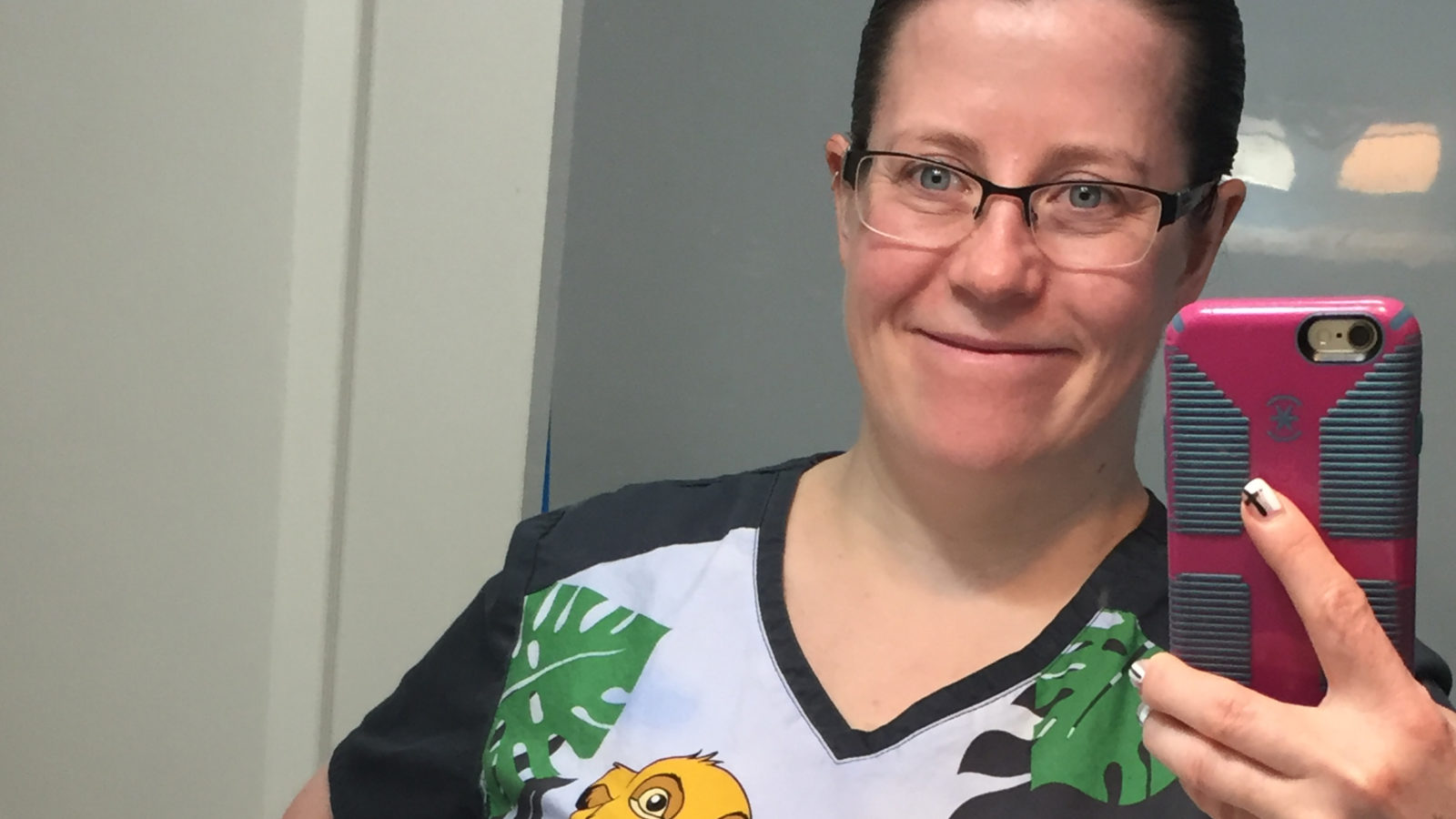 The daily routine has changed and now begins with Allison Zimmer donning her regular nursing uniform, but also a mask and eye protector.

An acute nurse at the Swan River Valley Hospital, Zimmer has seen just about everything during her nine years in the profession, including her previous stops in Grandview, Roblin and Shoal Lake.

But nothing could prepare her for what is happening now and the global Coronavirus pandemic.

“When you go into nursing you know you’re going to be dealing sometimes with trauma,” she said. “But you never think you’ll be dealing with something like this. This one… nobody knows enough about it to feel confident dealing with it.

“It plays a lot on your mental health. You don’t know what you’re going into every day, and whether you might come in contact with someone who has the virus and if you’re going to pick it up.

“There’s so much uncertainty when you’re going into work every day. There’s an uneasiness of whether you are safe or not. I find wearing the masks makes you even more tired than I was just after a normal day before.” 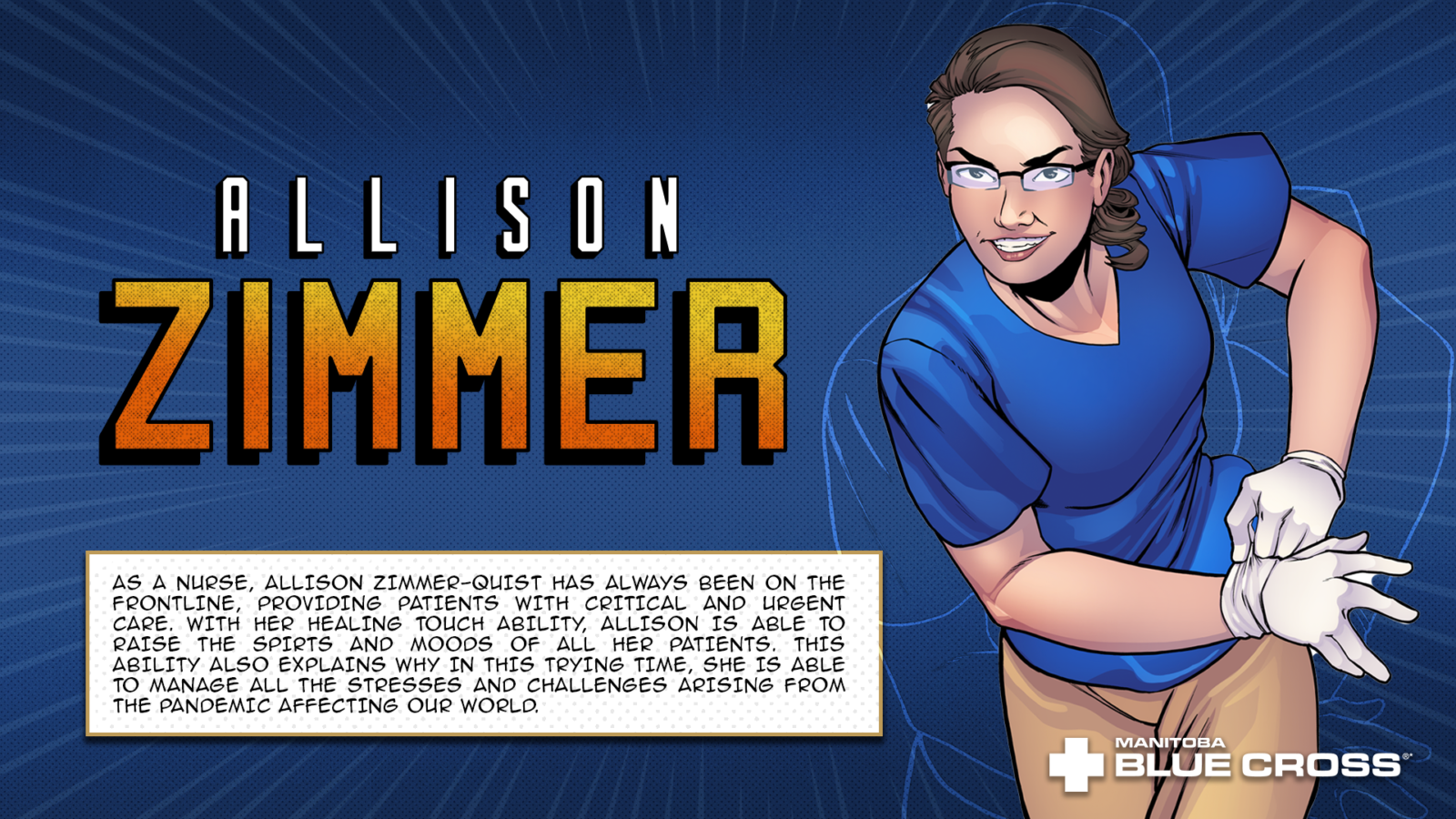 Still, every day Zimmer heads out from her home just across the border in Norquay, SK and makes the almost hour-long trek to Swan River. And every day she dons the mask and visor and then gets to work helping others.

There seems to be a growing appreciation during this pandemic for the work Zimmer and other frontline workers do daily. There is also a hope from many than when this crisis ends, that recognition won’t fade.

“You find you are getting more appreciation now from people outside,” said Zimmer. “There’s a sign right outside our main door where our staff enters that thanks us. This week they actually had a parade for us, too.

“It reminds you why you are doing this.”

Zimmer is one of three frontline/essential workers recognized – along with Ken Oberlin, a postal worker, and Constable Justin Malec of the Winnipeg Police Service – as part of the Blue Bombers’ #HeroesForTheW campaign. 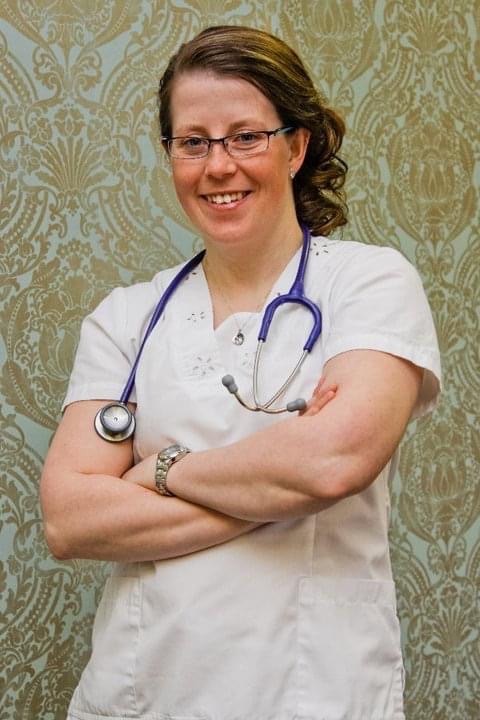 Saluting Zimmer, Malec and Oberlin is the football club’s way of honouring some of the frontline workers who do such imporant work. In conjunction with Manitoba Blue Cross, their names were selected from over 100 submissions to represent frontline heroes and their likeness has been transformed by Athliticomics into superhero form.

Zimmer was nominated by Arlene Mousseau, a fellow Bomber season ticket holder. Her allegiance to the football team is now over three decades old, dating back to her first game at Canad Inns Stadium and this past fall included trips to Regina for the West Final and to Calgary for the Grey Cup win at McMahon Stadium.

“My mom got me hooked when I was four years old,” Zimmer explained. “It was supposed to be nice, but it turned out cold and I wasn’t very happy in the stands. But then Buzz and Boomer pulled me out of the stands and I ended up dancing on the field with them. I was hooked after that.

“My mom and I tried to make a lot of trips and then we went from Pick 10 to season tickets and made it a regular thing. My mom moved away last summer, but I started bringing other people with me and got them to enjoy the sport.”

Asked about her comic-book likeness, Zimmer chuckled, then offered a humble sentiment that is similar to the reaction of the other frontline workers being honoured.

“First, I’d like to say I’m honoured to be chosen as a representative for nurses,” she said. “As for the comic-book drawing… I like it. It turned out really cool. It does look like me, too.”