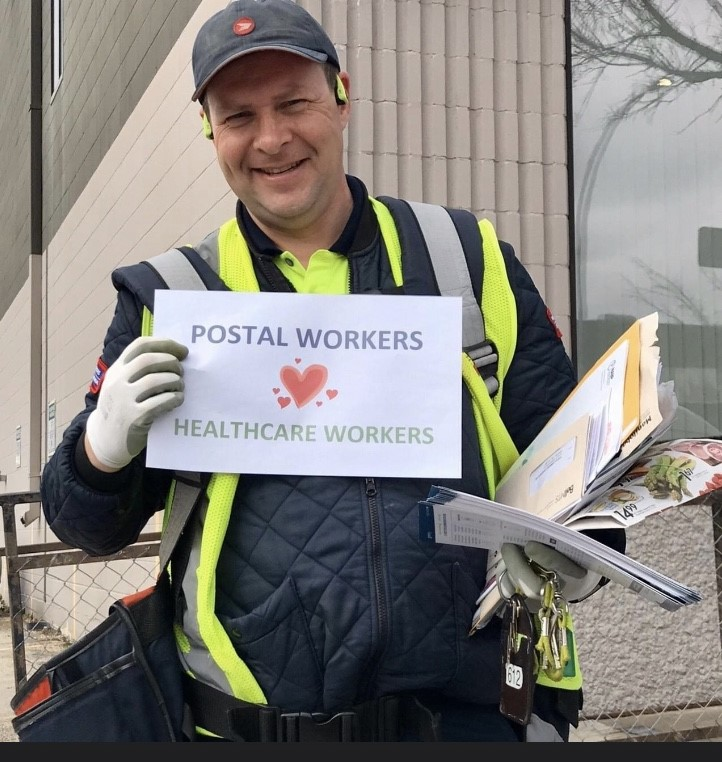 There are signs all along Ken Oberlin’s postal route in Wolseley, displayed on the doors and windows on streets like Sherbrooke and Furby and throughout The Gates around Armstrong Point.

“I see the signs and hear people say, ‘Thank you for your service’ or ‘Thank you for what you do’, ‘We appreciate this,’” began Oberlin, a Canada Post employee for over five years now.

“I’ve seen a sign ‘We’ve sanitized our mailbox today for you.’ I’ve heard of other carriers who have had cookies left out for them on the porch. I appreciate those little gestures. They put a smile on my face every day.”

Oberlin – along with Allison Zimmer, a nurse in Swan River, and Constable Justin Malec of the Winnipeg Police Service – are being appreciated in another manner, too, as part of the Blue Bombers’ ‘Heroes of Champions Way’ campaign. 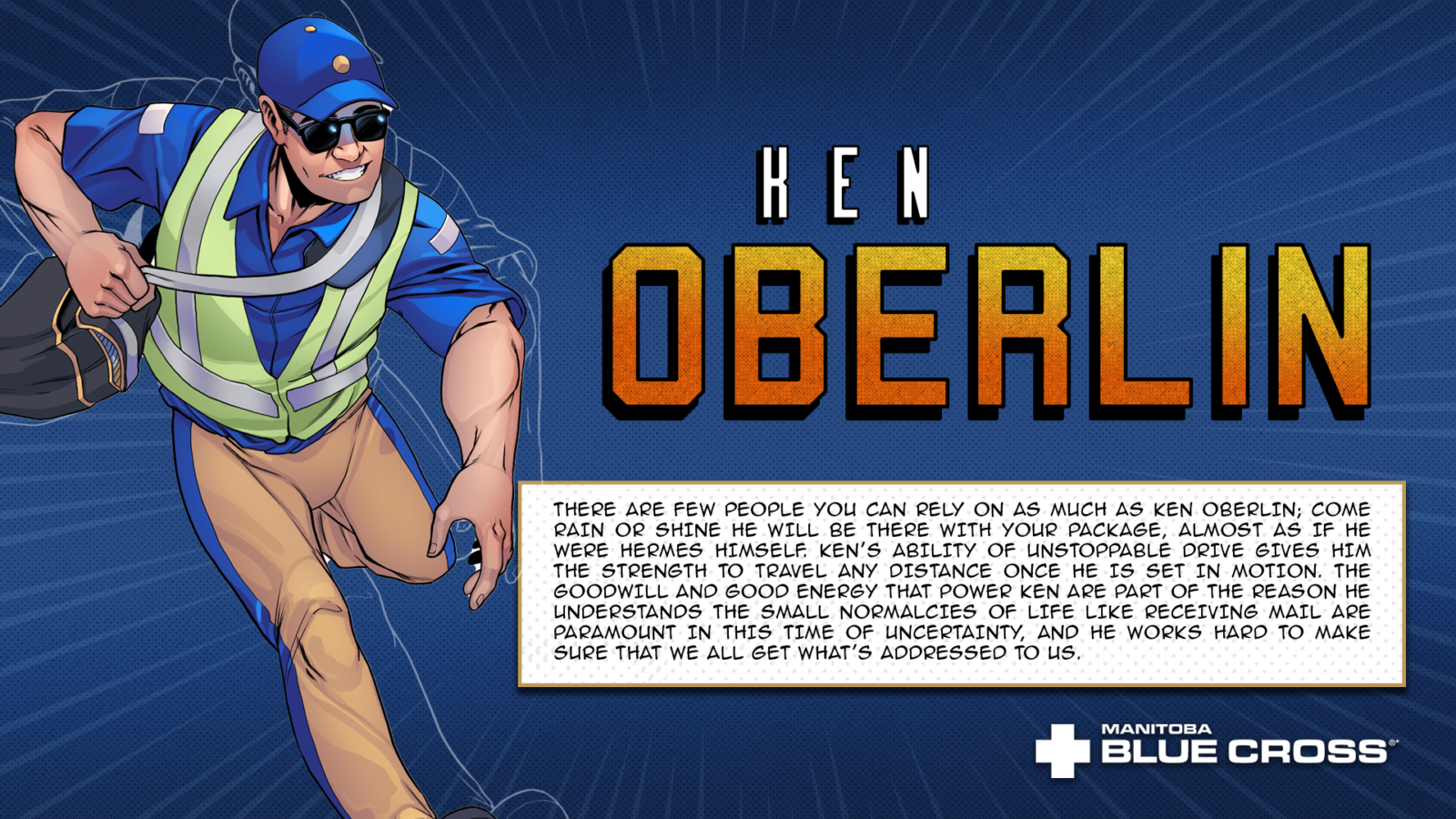 Saluting Oberlin, Zimmer and Malec is the football club’s way of honouring some of the frontline workers who do such valuable work. In conjunction with Manitoba Blue Cross, their names were selected from over 100 submissions to represent frontline heroes and their likeness has been transformed by Athliticomics into superhero form.

“It’s very, very neat. It’s a little surreal,” said Oberlin, 46, of seeing himself in comic-book form. “I don’t know if I ever thought of myself as a hero… it’s hard to believe. I think there are other people that are far more deserving than I am, but it’s nice to be recognized, for sure.”

A father of two sons – Matthew and Thomas – Oberlin was nominated by his wife, Pamela Schoen, “unbeknownst to me” he pointed out with a laugh.

Oberlin said mail volumes are down during the COVID-19 pandemic because a number of businesses are closed. Contrasting that, parcel volumes are way up, by approximately a third.

It’s Oberlin’s hope that there is a greater appreciation for frontline workers during the pandemic, and that the sentiment could extend after we all get through this.

“I would sure like to think that,” said Oberlin, who previously worked as an administrative assistant for the Manitoba Teachers’ Society. “I’m not thinking so much of myself, but of the grocery store clerks, the bus drivers… some of the people that we maybe take for granted. I think they are being much more appreciated now. They have no choice, but they are out there helping keep the world moving because people rely on them.

“There are others who have the luxury of working at home and maybe now they’re going ‘those people are far more important than we’ve given them credit for in the past.’ That’s a good, positive result from this.”