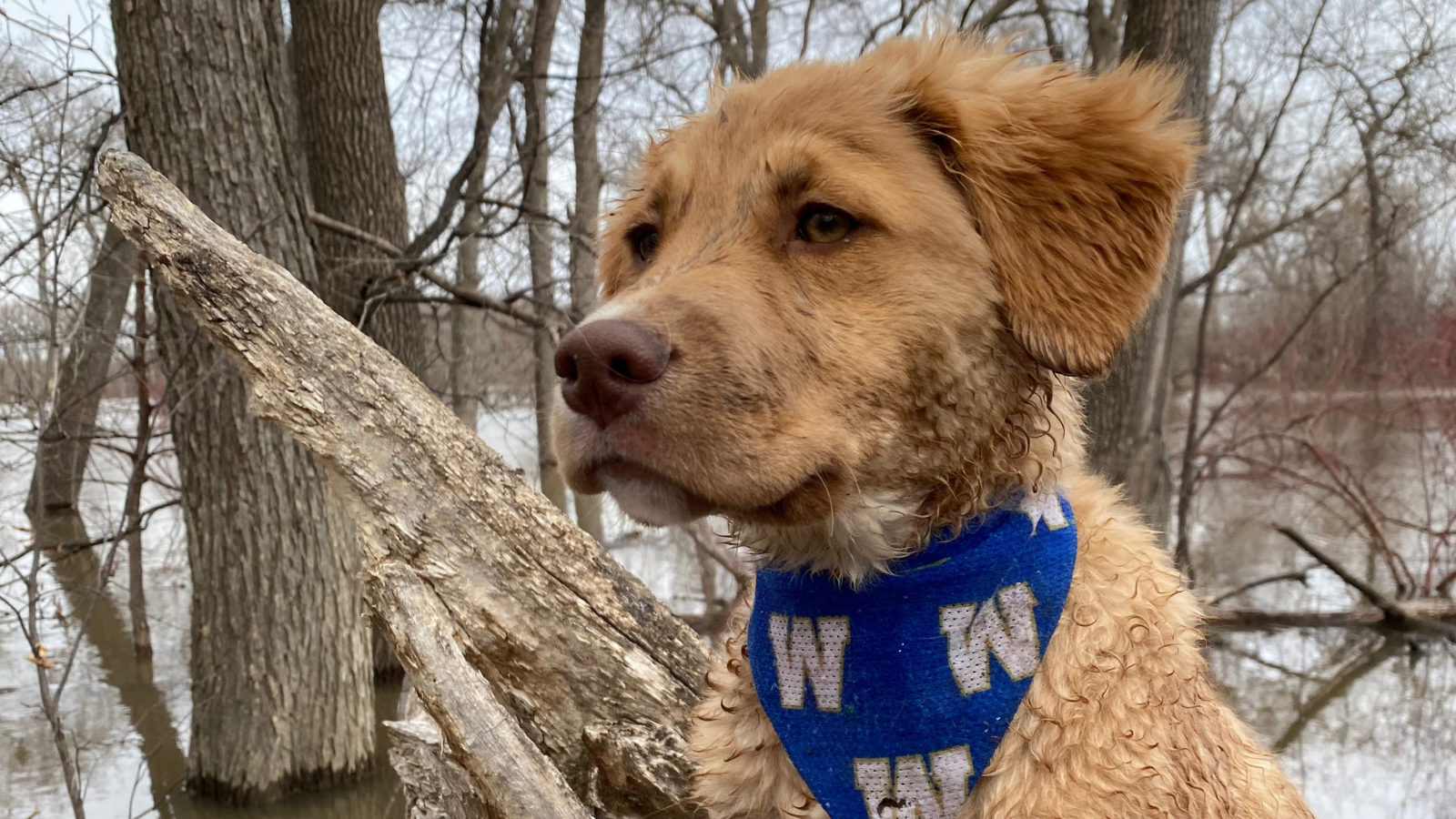 Brady Oliveira has made a habit of regularly walking his young pup ‘Nellie’ at the Maple Grove Dog Park in south St. Vital.

But the exercise took a decided twist Tuesday afternoon when Oliveira, the Winnipeg Blue Bombers’ second-year running back, spotted a woman heading down to the river bank to chase after her own dog. When Oliveira got to the edge to peer down, he could see the woman and her dog needed help.

“If you’ve been to the dog park there, it’s a big field by the river and then a 10-foot drop off, then another five yards or so to the river,” Oliveira explained. “And when I got over there and looked down she saw me and said, ‘Oh my God… I’m going to lose my dog!’

“She was in a complete panic. It was a scary moment.”

Reacting quickly, Oliveira and Nellie hustled down the embankment to the woman. He asked his dog to sit and stay, which she did, and then had to make a quick decision. 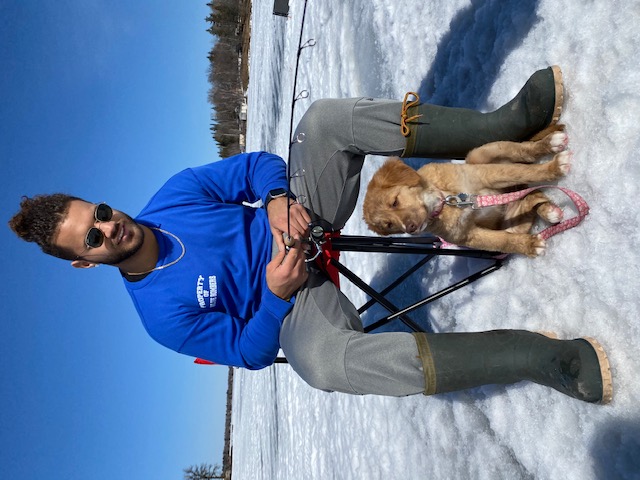 Oliveira and his dog, Nellie

“The dog was getting taken by the current, but managed to swim back and get grabbed by the owner, who had also slipped into the water and she was grabbing a tree branch along the riverbank,” said Oliveira.

“So, she had one arm on the branch and the other on the dog’s collar. I took everything out of my pockets, my phone, my wallet, my sunglasses, and ran to her. I just told her everything was going to be OK, just don’t let go of your dog. I grabbed her forearm and then was able to grab the dog’s collar and pulled him onto the shore and her, too.

“It was a crazy moment, a crazy afternoon. Not what you would expect when you go to the dog park. I’m just happy I was in the right place at the right time.”

The two dog owners then climbed up to safety when the woman – a yoga instructor – offered her heartfelt thanks to Oliveira.

“She just said, ‘Thank you so much for helping me. If I would have lost this dog I don’t know what I would have done. This dog is my everything,’” said Oliveira. “She had that dog since it was a puppy and it is 10 years old now. I’m a huge dog lover. I’m just happy I could help.”

There’s another layer to this story, too. Oliveira does work with the local dog rescue organization K-9 Advocates, a non-profit organization ‘devoted to assisting rural First Nation communities with the ongoing problem of K-9 over-population.’

This winter, the organization has rescued over 300 dogs alone, with Oliveira helping with 50 of them.

It was back in February, during a visit to Nelson House representing the Bombers as part of ‘I Love To Read’ month and while helping with K-9 Advocates, that Oliveira first came across Nellie.

“It was -42 one night and I saw this dog running around all by herself, about six weeks old and too young to be away from her mom” Oliveira recalled. “She was one of the dogs we rescued during that trip. I named her ‘Nellie’ because we rescued her during that trip to Nelson House.

“I fostered her at first, but just fell in love with her and kept her. I guess you could say it was another example of right place, right time.”