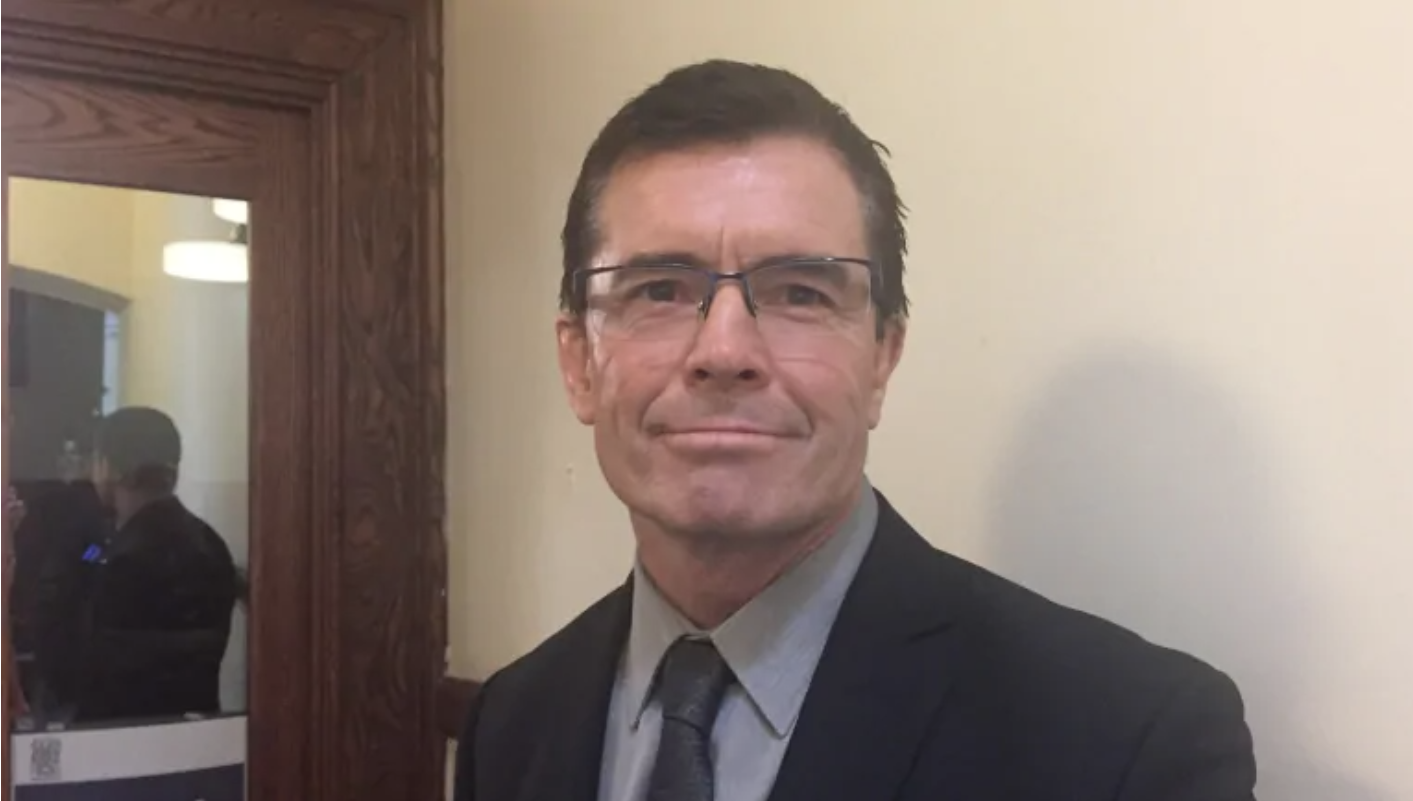 Kelly Keith once lead drug busts, posed as a murderer for hire, and was part of a prostitution sting in his previous life as undercover officer for the Winnipeg Police Service. The Blue Bombers’ longtime head of security remembers a time when he would wear street clothes, speak differently and do everything he could to look less like a cop when he went undercover to buy drugs and make busts.

“Initially, it was scary,” said Keith. “It was very uncomfortable every day and then the more drug buys I made, the more comfortable I got because I was able to realize how I should act, how I should talk and how to read people’s behaviour if they recognized I was a cop. It was an adrenaline rush.

“I posed as a murder for hire three times… I didn’t kill them obviously,” he added with a laugh.

He got a job as a cadet with the Toronto police right after he graduated school in 1984, and eventually made his way back to Winnipeg in 1988 to join the police force. He’s spent six years with the Vice Division and still works with the police today. It’s his job history led him to a job opportunity with the Winnipeg Blue Bombers.

Keith is the fourth subject in our Unsung Heroes series where we profile some staff who work behind the scenes with the football club.

Keith heads the security team at every Bombers game, every Valour FC match, and any major event taking place at IG Field. He’s in charge of threats within the stadium, following dangerous weather conditions that could force a game to end early, parking, traffic flow, and is in charge of the Fan Ambassador volunteers. Keith said the parking and Fan Ambassador teams run smoothly because of the people involved and the teamwork they display every day.

On a typical gameday, if the game starts at 7:30 p.m., Keith is at the stadium by six in the morning.

“We have pre-game meetings. I meet with the head referee and both teams have a rep that comes down along with the head officials and I brief everybody,” he said.

“I brief them in regards to any threats that we have known for the game, I talk about any weather that’s coming our way and anything at all that might be relevant to them along with our emergency evacuation plans so we’re all on the same page if something were to occur.”

Keith stays in shape and walks the IG Field concourse stairs countless times throughout the day, which helps when a fan jumps on the field and he has to chase them — like he did during the 2015 FIFA Women’s World Cup.

“I’m glad I was there, but I found it frustrating that he was able to get onto the field,” he admitted. 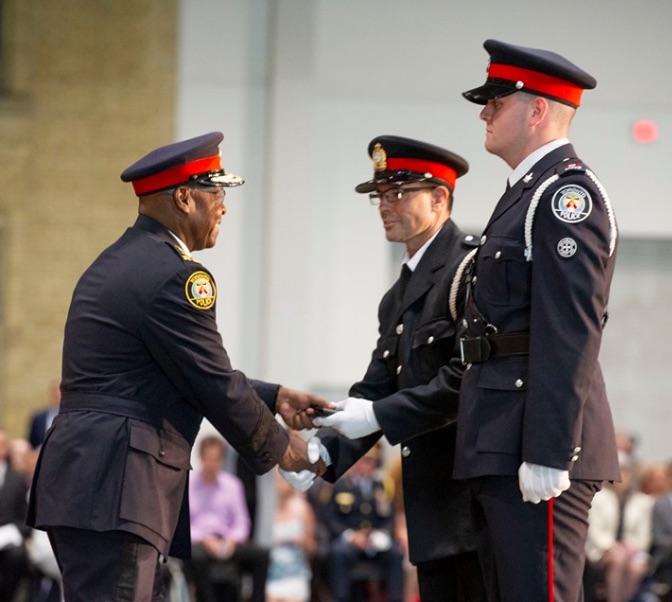 The Chief of Toronto Police gives Kelly Keith the badge he then gave to his son, Brett.

Keith is never happy when fans jump on the field during a game, but he wishes people knew the consequences the action would have on them when he catches them.

“Something that people don’t know is that they do get criminally charged for that,” he said. “I wish they knew before they jumped on the field because most people that jump on the field don’t understand that there’s a criminal charge attached to that and then they’re very sorry that they did it.”

Keith works part-time as a Sergeant with the Ste. Anne Police Department today and provides expert testimony in court when there’s a case involving a use of force incident. He’s taught courses on use of force and firearms for years in Canada, the United States and internationally, and his knowledge of the topic has him in court often.

“It’s either the Defence or the Crown that uses me to take a look at the case,” said Keith.  “Then what I do is make a determination if the force used was justified or not, and I give the judge my opinion on the case.”

One thing Keith makes clear is that his time with the Vice Division and his current position with the Football Club aren’t that different when it comes to the team aspect.

“When I was working Vice in Winnipeg, I can’t brag enough about how good the team was,” said Keith. “And people at the Bombers talk about the team and why people want to come to the Bombers, it’s because of the team and it’s no different from Vice.

“I knew when I got in trouble inside (while undercover), if I was made or I was outnumbered and they realized I was a cop, my team was always there, we had such a tight-knit team… My security team at the Bombers is tight-knit too and it’s fun to go in to work because I know the guys are so capable of taking care of it. If I had to miss a game, there are guys there that would pick up every single thing I do, and a heartbeat wouldn’t be missed.”