Preparing for Drafts in unprecedented times 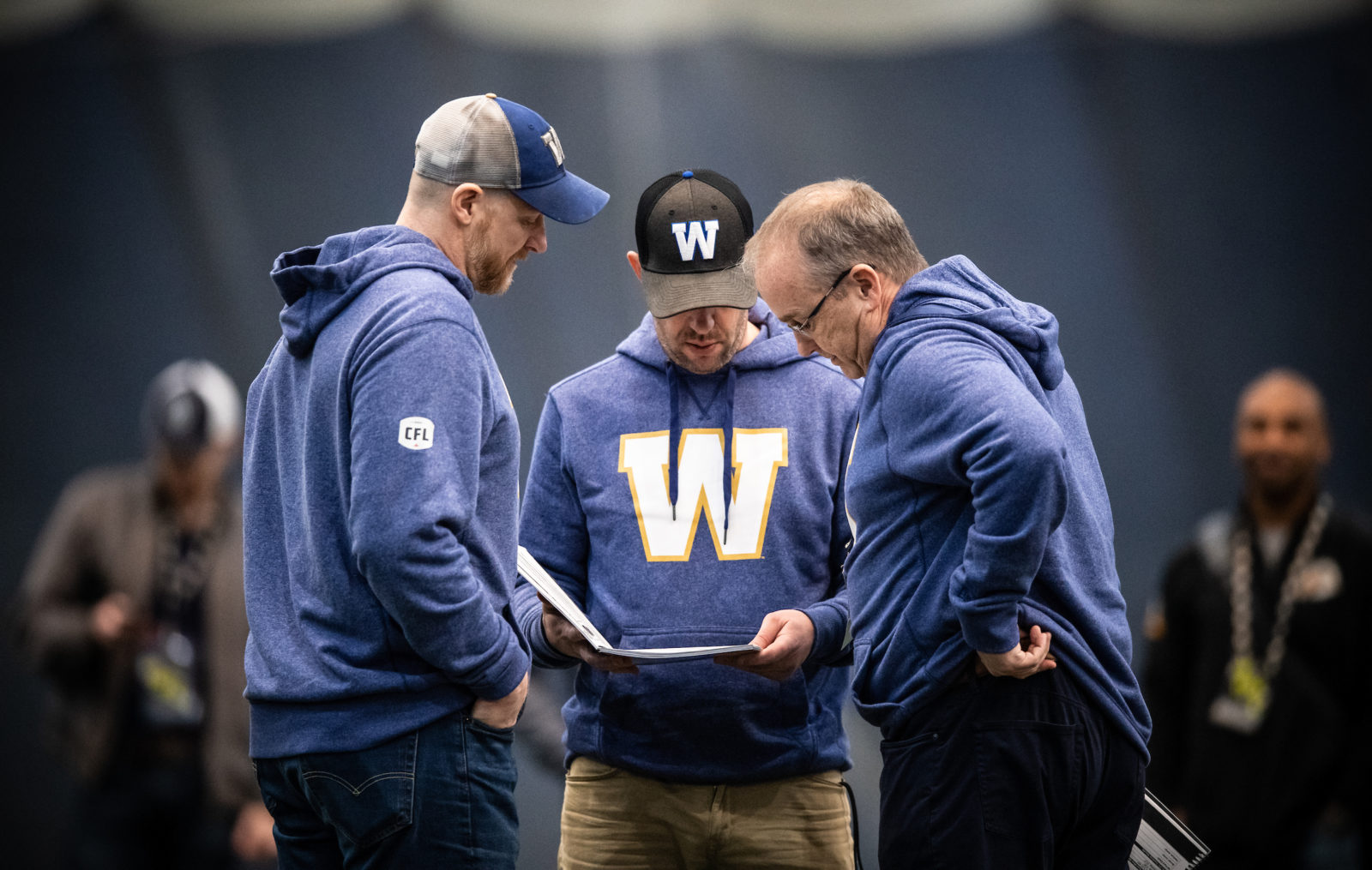 Preparing for Drafts in unprecedented times

The inexact science that is the Canadian Football League Draft is about to become an even bigger speculative adventure after last week’s decision to cancel the regional and national combines due to the Coronavirus.

And that’s doubly so for the Winnipeg Blue Bombers, as the club won’t have a first-round pick in the annual Canadian talent grab – or even a Top 15 selection for the first time since 2009 (Mike Morris, 19th) – after surrendering this year’s pick in the Zach Collaros trade with the Toronto Argonauts.

Bombers GM Kyle Walters was in Toronto last week at the CFL’s Ontario Combine when Commissioner Randy Ambrosie announced the cancellation of combines in Montreal on March 13th, Edmonton on March 20th and the national CFL Combine back in Toronto from March 26-28.

Similar decisions have been made across the globe by professional and amateur sports organizations in response to COVID-19, with consequences ranging from the cancellation of championships, events and regular season games to the postponement of others. 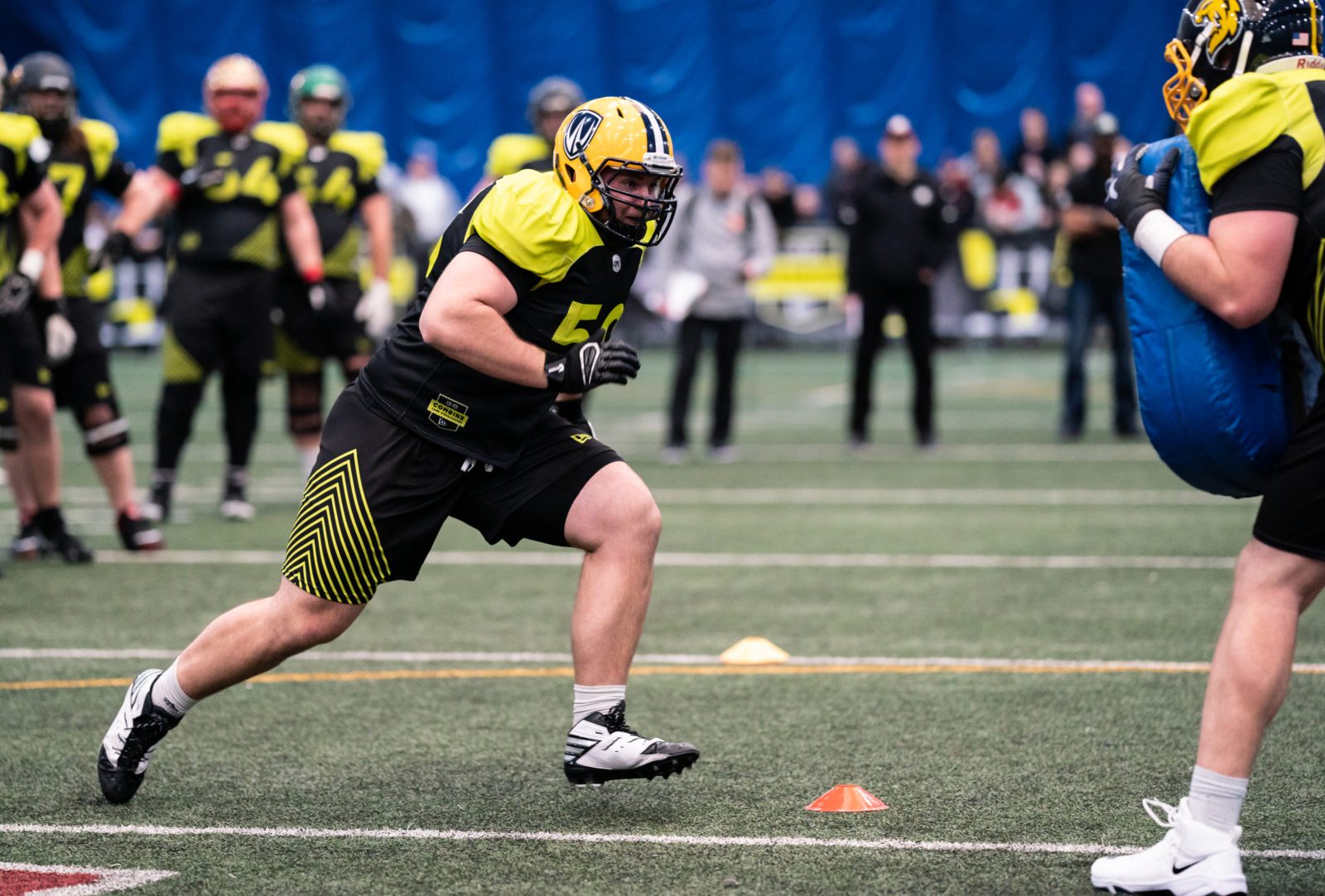 “It’s going to mean a lot more work for us now because everything is going to have to be done on the phone now,” said Bombers GM Kyle Walters in an interview with bluebombers.com. “We’re not going to see the kids, which makes things way more challenging.

“It sounds to me, based on the information we got, that everything is going to be done by phone interviews and whatever information you can dig up on the player and the game film. The agents are on board, too. They’re figuring out ways to help to get their kids to test, etc. This goes both ways, because as challenging as it is from a team standpoint, these kids have been working and training and building to this point for a lot of years. Now they’re trying to figure out the best ways to show they deserve to be drafted as well.”

CFL teams spend thousands of hours prepping for the draft, from scouting players during the U-Sport/NCAA seasons to watching game film over and over again. The combines are invaluable to help teams get a clearer picture on a player’s ranking, as the events not only include testing, but best-on-best one-on-ones and individual interviews with teams, upon request.

“You look at the film and before you go to the combines you say, ‘This looks good. Let’s see if his measurables (height, weight, speed, testing numbers) match up to the CFL standard,’” Walters explained. “(The combines) are one big piece of the puzzle. Obviously, the film you watch on a player is most important. The players you like on film, when the measurables from the combine come in and they meet the standards you want then it’s ‘OK, we’ve got a really good player here.’” 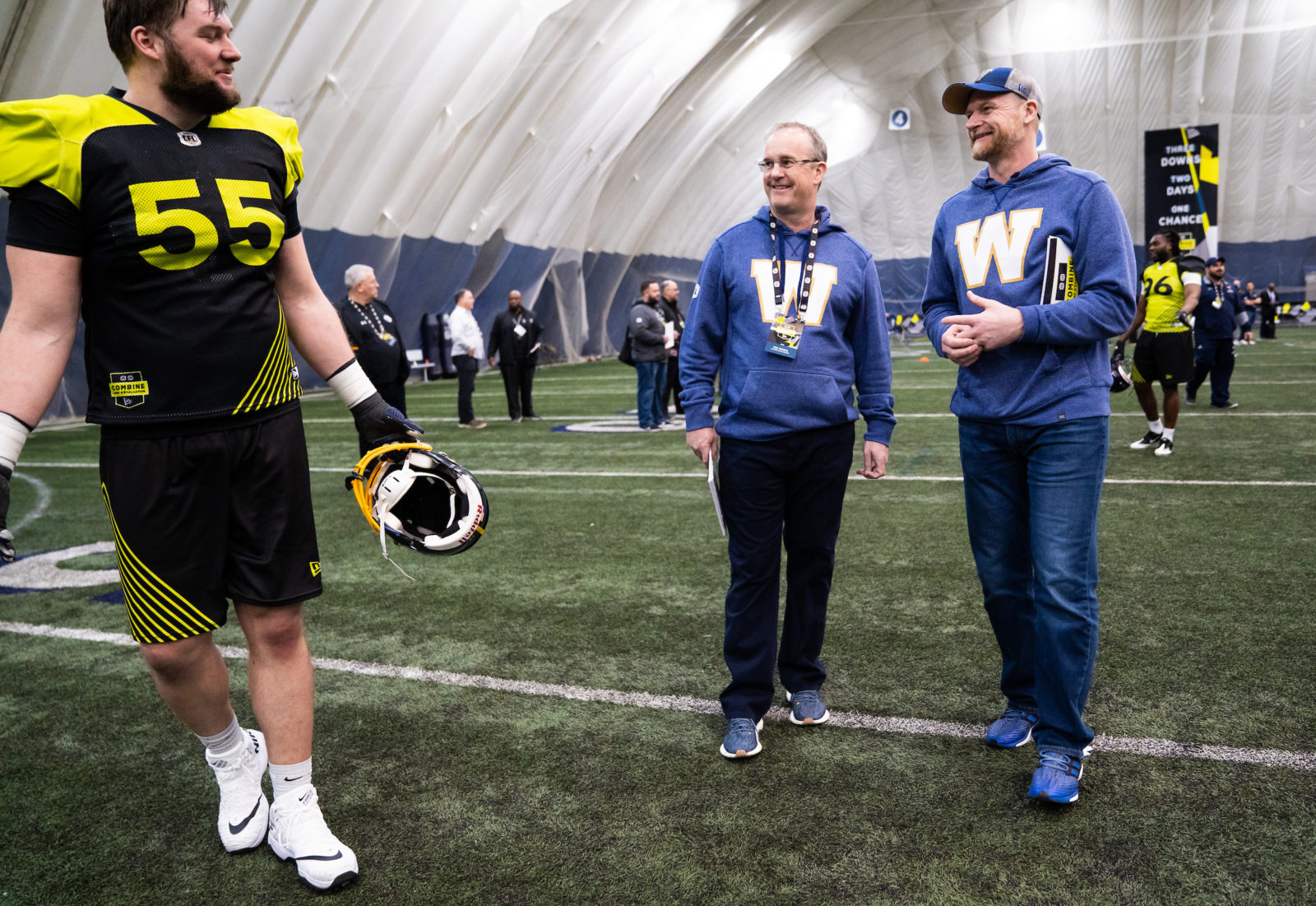 “With Exumé, his testing numbers were average and there just wasn’t a ton of film of him playing defence. That one was more word of mouth from his special teams coach who told us he was really good. Then we examined his special teams film more.”

The Bombers also hope to unearth another gem in the Global Draft, as they did last year with Thiadric Hansen. The Bombers will pick 9th in each of the five rounds.

“There’s another challenge. That’s coming up in a month,” said Walters. “The thing that stood out with Thiadric was when he went through the height, weight, speed he just looked different than all the rest in our opinion. He was big, strong and showed some power in the technique. This year you’re going to be going more on that height, weight speed than what you can dig up game film wise.”

Walters and the rest of the CFL GMs were on a conference call earlier this week to map out planning for the drafts and for what might be on the horizon in terms of training camp delays and/or pushing back the start of the 2020 season.

“Things are changing hourly, daily,” he said. “All we can do as general managers is to try and move forward with our draft plans, keep the players at the forefront, go through the drafts. And, like a lot of people, we’ll just follow the directive of the people above us.

“As of right now, all teams are on equal footing. We’ll do our due diligence, do our best to adjust under these circumstances.”