Blog: The Road to the Grey Cup 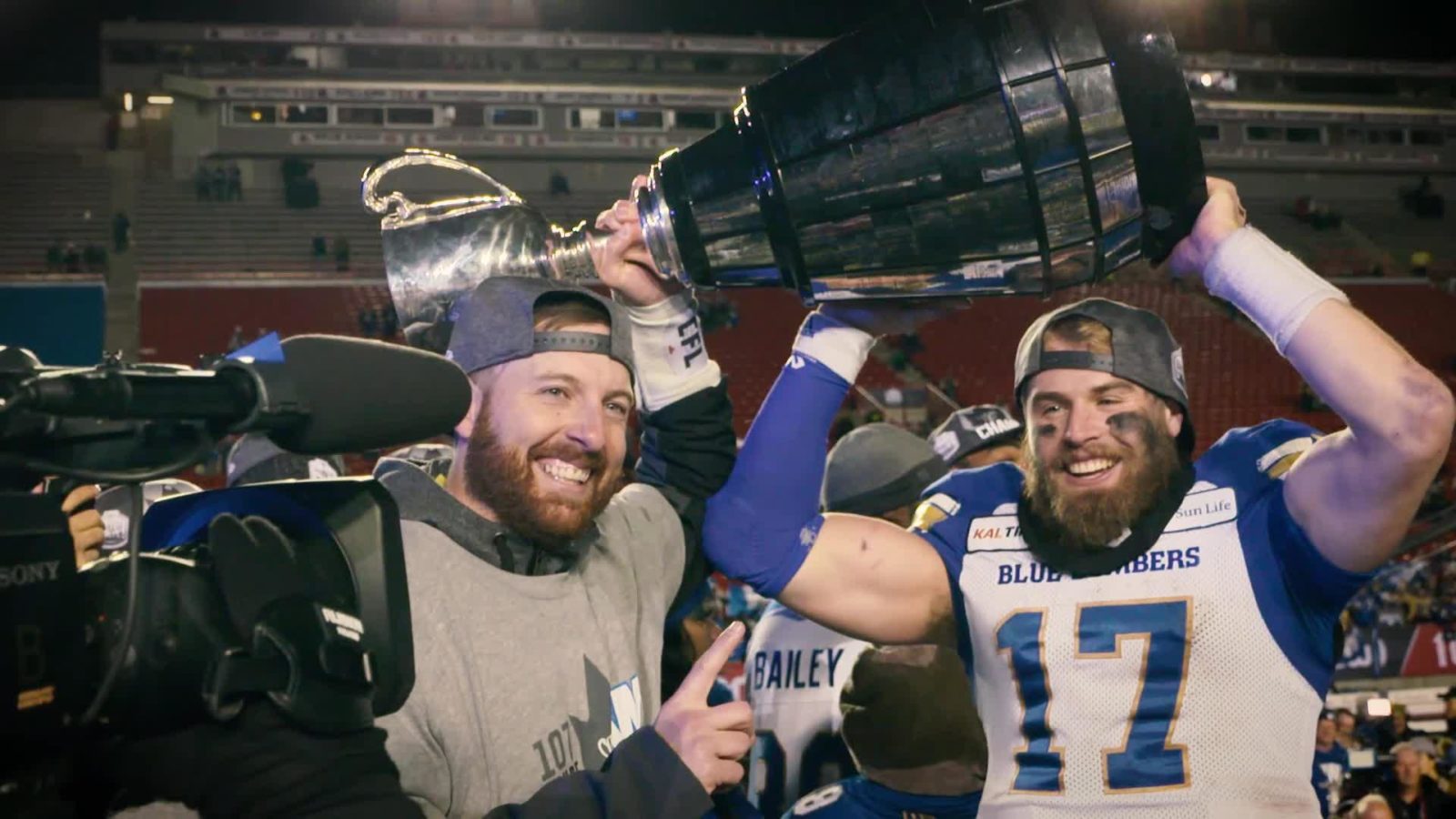 Blog: The Road to the Grey Cup

It has been a very long time since the organization and the fans have had an offseason like this. To be truthful, I think it’s been a long time since any team in our league has felt what the fans here in Manitoba have for quite some time. Hell, we’re still feeling it now, months later.

Sometimes it still almost doesn’t seem real, even though we are now only a few weeks away from starting it all over again.

Now that that we’ve able to take a breath, a look back at how it all unfolded – what wasn’t shown on TV – is in order.

It’s October 19th. We’ve just gotten back to the hotel in Calgary following the final regular season game, and while sitting in the hotel pub, head athletic therapist Al Couture shared some not-so-good news. Quarterback Chris Streveler had badly injured his ankle, and the prognosis was not good. If we did advance to the Grey Cup the following month, he “may” be available, but no guarantees.

We went to sleep that night with much uncertainty. If only we had known that four weeks later, we would be staying in the same hotel, celebrating the club’s first championship in 28 years. 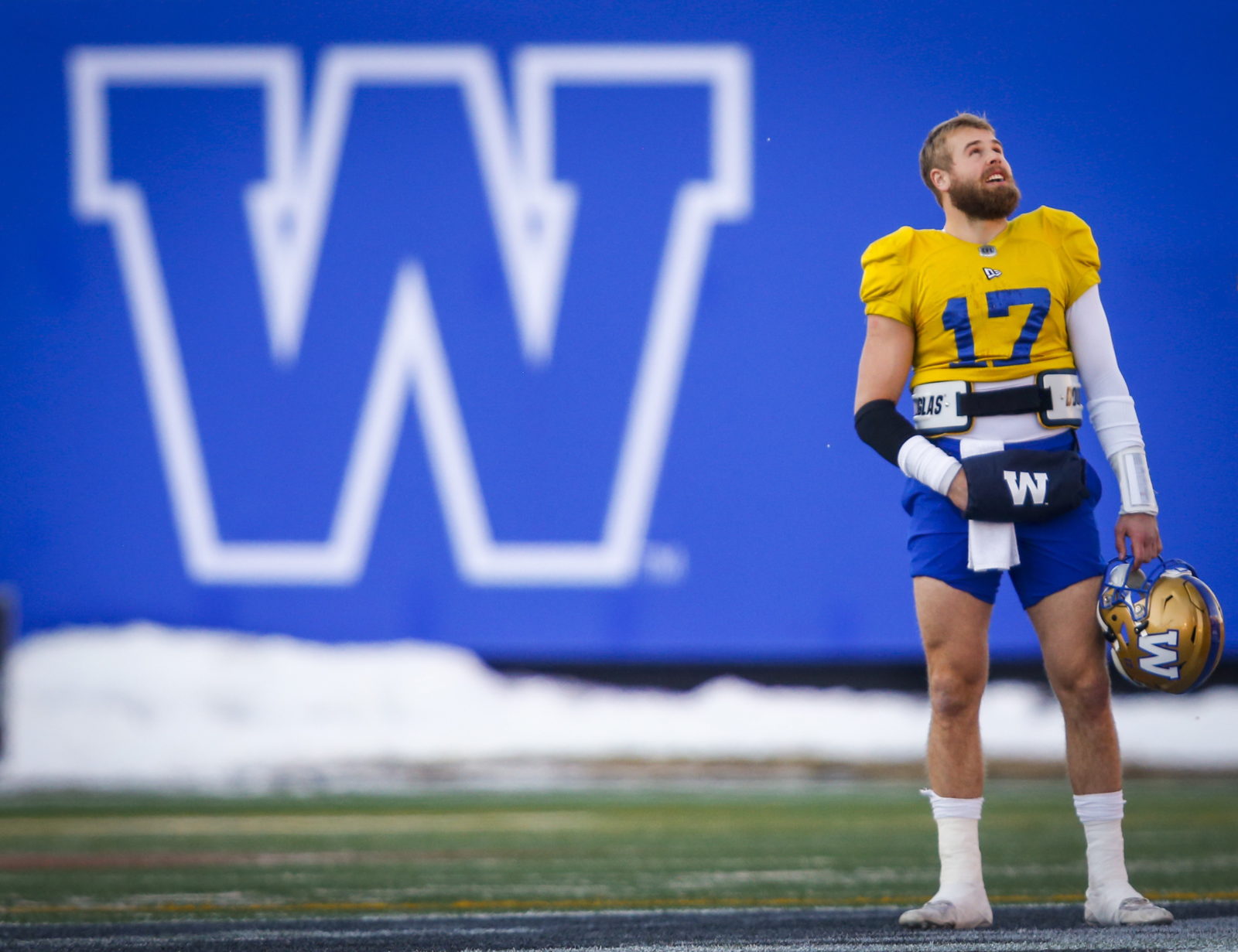 It was only the beginning of a whirlwind four weeks.

Going into the West Semi-Final game, the training staff, coaches, management, and Streveler were aware of the week’s plan: He would practice one day – the day we closed practice to media and fans – and any other field testing would be conducted with Al early before the sun even rose each morning.

The morning of the game, it was confirmed: Streveler was going to play, although we would not disclose that information. On the first short yardage play of the game, Streveler stepped onto the field and the rest of the story has been long told. What Streveler did for the organization and his teammates over that month was something we may never see again. He was special.

Two weeks later, snapshots of the final few minutes ticking down on the sidelines at McMahon stadium will forever be etched in my mind. It was almost as if nobody wanted to speak for fear of a jinx. There was GM Kyle Walters, with a minute to go, refusing to celebrate until the clock was about to hit zero.

As the clock wound down, I looked around behind the bench and saw people crying, hugging and screaming. It was a sight I’ll never forget.

After the awards and Grey Cup were presented and everyone had finally filed into the locker room, with all the families present and some media still lingering in the room, Head Coach Mike O’Shea strode into the locker room in the middle of champagne showers and dancing and celebrating, and with a cigar and bottle of whiskey in one hand and a beer in the other, he waited to address the team.

I was expecting him to ask me to clear the room: After all, he’s not one to address his team in front of anyone outside of the organization. Instead, wearing his trademark smirk (no shorts, though), he spoke briefly.

The celebration continued for a memorable few hours, but eventually we got onto the bus to head back to the hotel. In the front row behind the bus driver sat Willie Jefferson, a white cowboy hat on his head and the Grey Cup in his lap. A row behind him across the aisle sat Andrew Harris, music blaring from the speaker in his hand.What the players and coaches did in November of 2019 was just remarkable. And to witness it all firsthand was a privilege.

With the whirlwind of activity surrounding the Grey Cup, it certainly has made for a different offseason than most. Downstairs in the football ops hallway business has been rolling as usual, but the events and appearances have been in much higher demand. What the championship win has done for the city and the province has been amazing, and as Coach O’Shea told the team, the win is for everyone, the fans included. 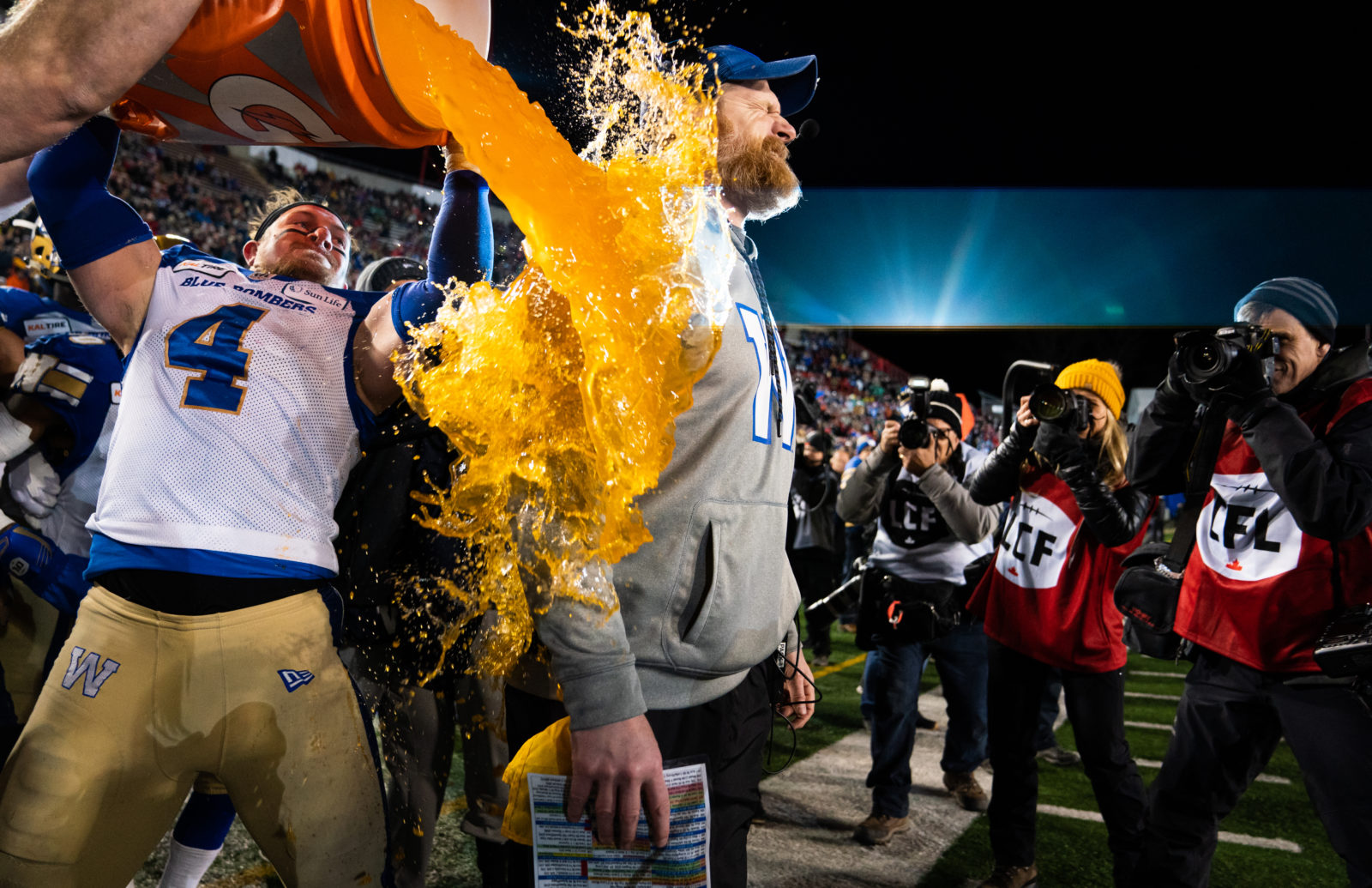 A perfect example: The evening when the Jets invited the players who were still in town to their game to be honoured, the group convened at The Local downtown with the Grey Cup in tow. As we sat around at the bar top, Coach made sure to tell rhe group that anyone who wanted to drink from the cup was more than welcome – it was theirs to celebrate and cherish as well.

The players and staff are now in the process of getting sized for Grey Cup rings. Without ruining the surprise, I can only say that the ring is gorgeous and we will also be creating ample fan merchandise to purchase including a very limited edition ring (only 90 will be created). Stay tuned for more details on that.

Now that we are into March and the Combine is just a few weeks away, plans for rookie camp and training camp are all but solidified. Our rookies will hit the field for the first time on Wednesday, May 13, with main camp set to open on May 17. That is just over two months from now. Amazing.

Our Home opener June 26 will feature a pre-game ceremony with a banner raising. The team will also be raising banners for all ten previous Grey Cup championships, so it will be a very special evening. We sure hope to see you there.