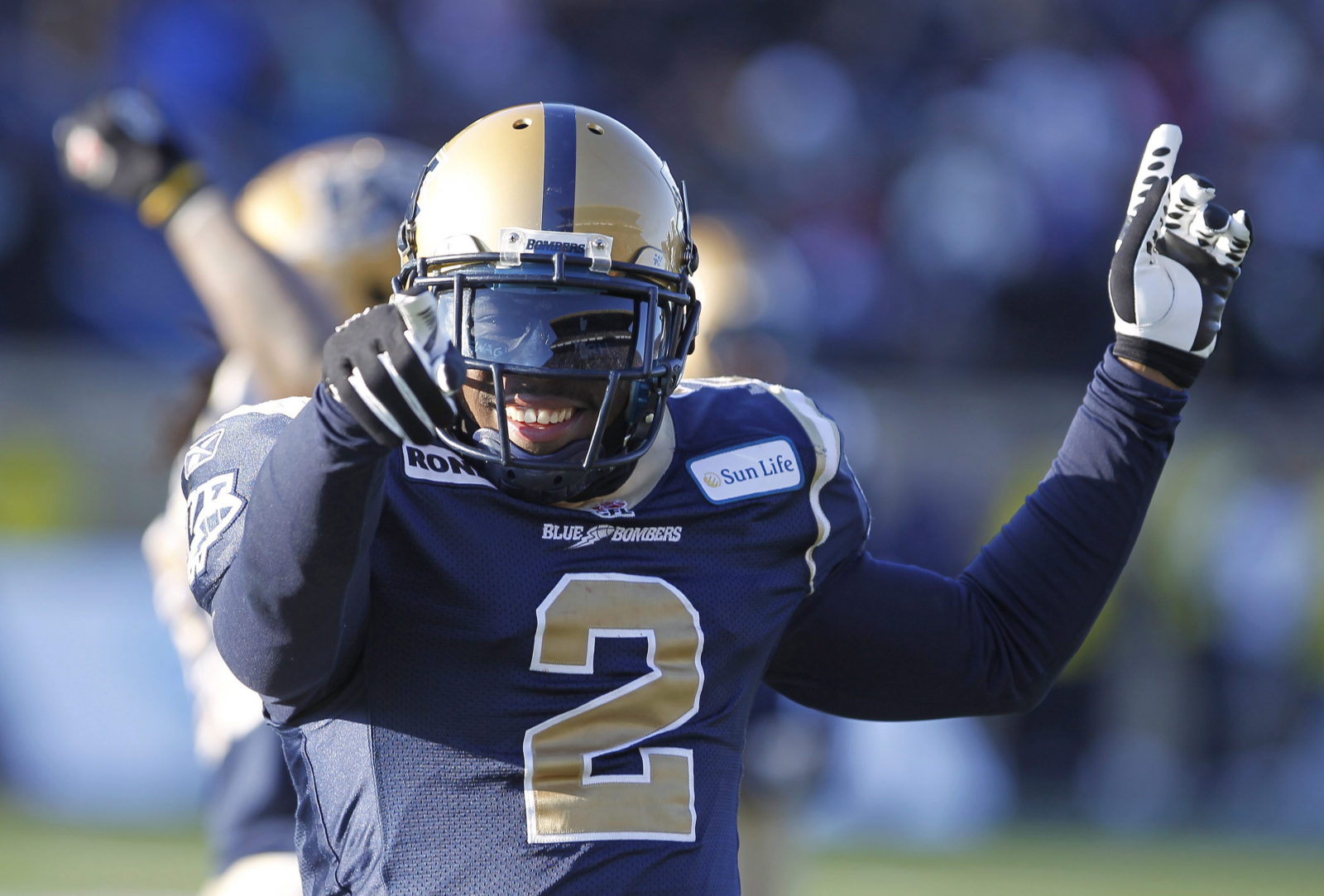 Winnipeg Blue Bombers' defensive back Jovon Johnson (2) pumps up the crowd near the end of the second half of the East Final CFL football action against the Hamilton Tiger-Cats' in Winnipeg, Sunday, November 20, 2011. THE CANADIAN PRESS/Trevor Hagan

WINNIPEG, MB., March 2, 2020 – The Winnipeg Blue Bombers today announce defensive back Jovon Johnson has signed a one-day contract with the club to officially retire as a Blue Bomber.

“Winnipeg will always be my second home,” said Johnson. “My professional career grew up there. I have so many memories to share, so many tears shed, so many friends who are now family, fans who are still actively a part of my life. As I close this chapter of my career I will always be forever grateful to the city of Winnipeg, the fans, my coaches that I had the pleasure to play for, management, support staff, everyone apart of the organization, thank you!”

A gifted kick returner, Johnson is the Bombers’ all-time leader in punt return yards with 2,933.

Johnson spent the 2014-15 season with Ottawa, the 2016-17 seasons in Montreal, finished his playing days with Saskatchewan in 2018 and is now the defensive coordinator and defensive backs coach with Defiance College in Ohio.