“I want to be in Winnipeg and I want to retire a Bomber.” | Adams signs on for 3 more years 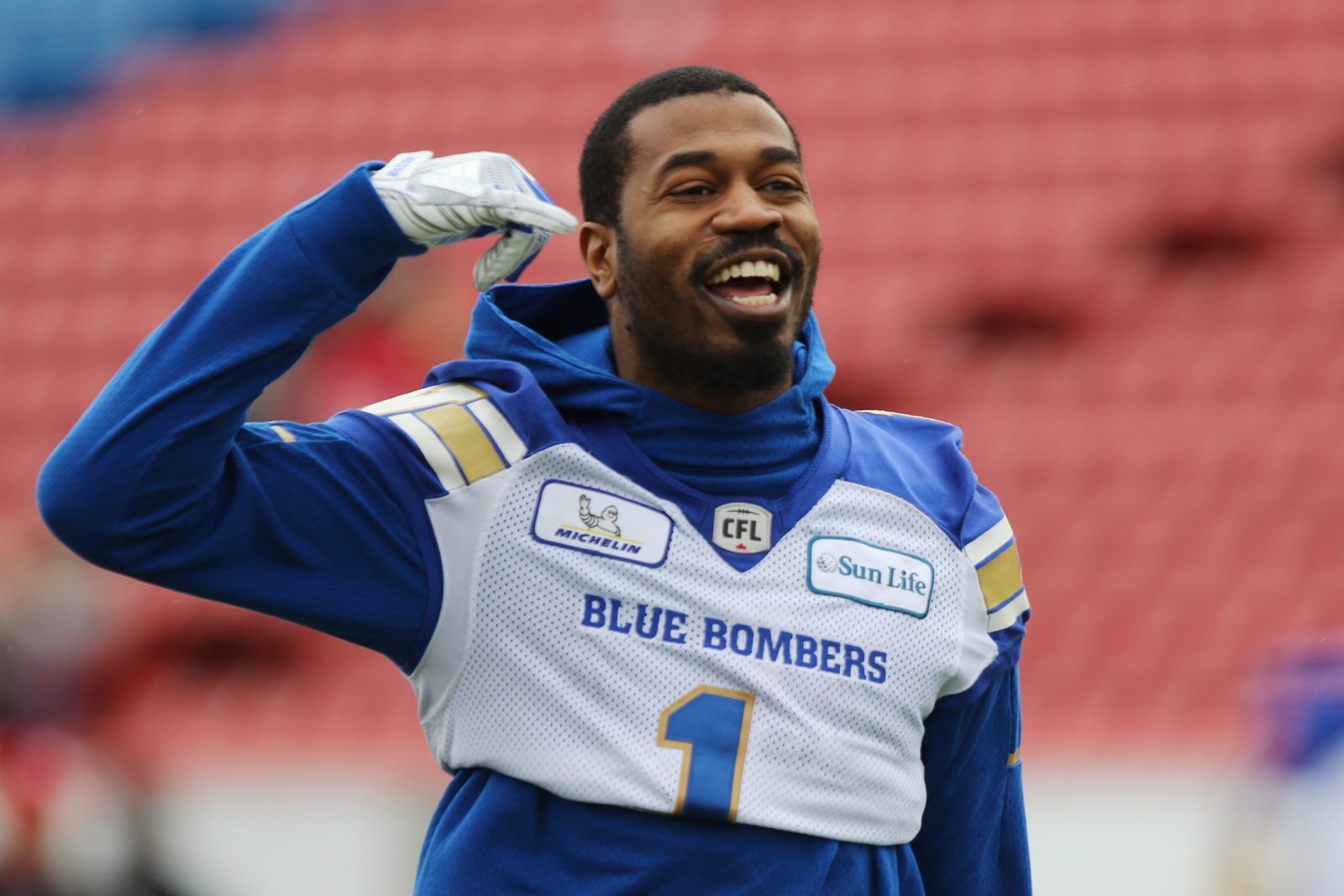 “I want to be in Winnipeg and I want to retire a Bomber.” | Adams signs on for 3 more years

Darvin Adams was tempted. Damn straight he was tempted. After all, that’s what Canadian Football League free agency is all about: to seek out what opportunities – and the financial rewards that come with them –  might be out there.

Yet, in the end the veteran receiver opted to return to the Winnipeg Blue Bombers and sign a three-year contract extension not just because the numbers on his paycheque were to his liking. There was something else in play beyond the dollars and cents.

“It’s the guys in the locker room, that’s basically what my decision came down to,” said Adams in a conversation with bluebombers.com from his home in Canton, Mississippi not long after his return was announced on Sunday.

“It’s a job, it’s a business, for sure. But the way the guys in our locker room care about each other is definitely different. We don’t look at each other as just football players, but people first. It’s family-based. I have a lot of special relationships with the guys on this team.”

That might sound corny, but there’s a real value in being comfortable and familiar with your surroundings. That extends beyond the locker room to the coaches and staff, too. Adams did field other offers during the CFL’s negotiating window, with the Ottawa REDBLACKS reportedly also making a serious pitch for the veteran receiver, who just turned 30 last month. 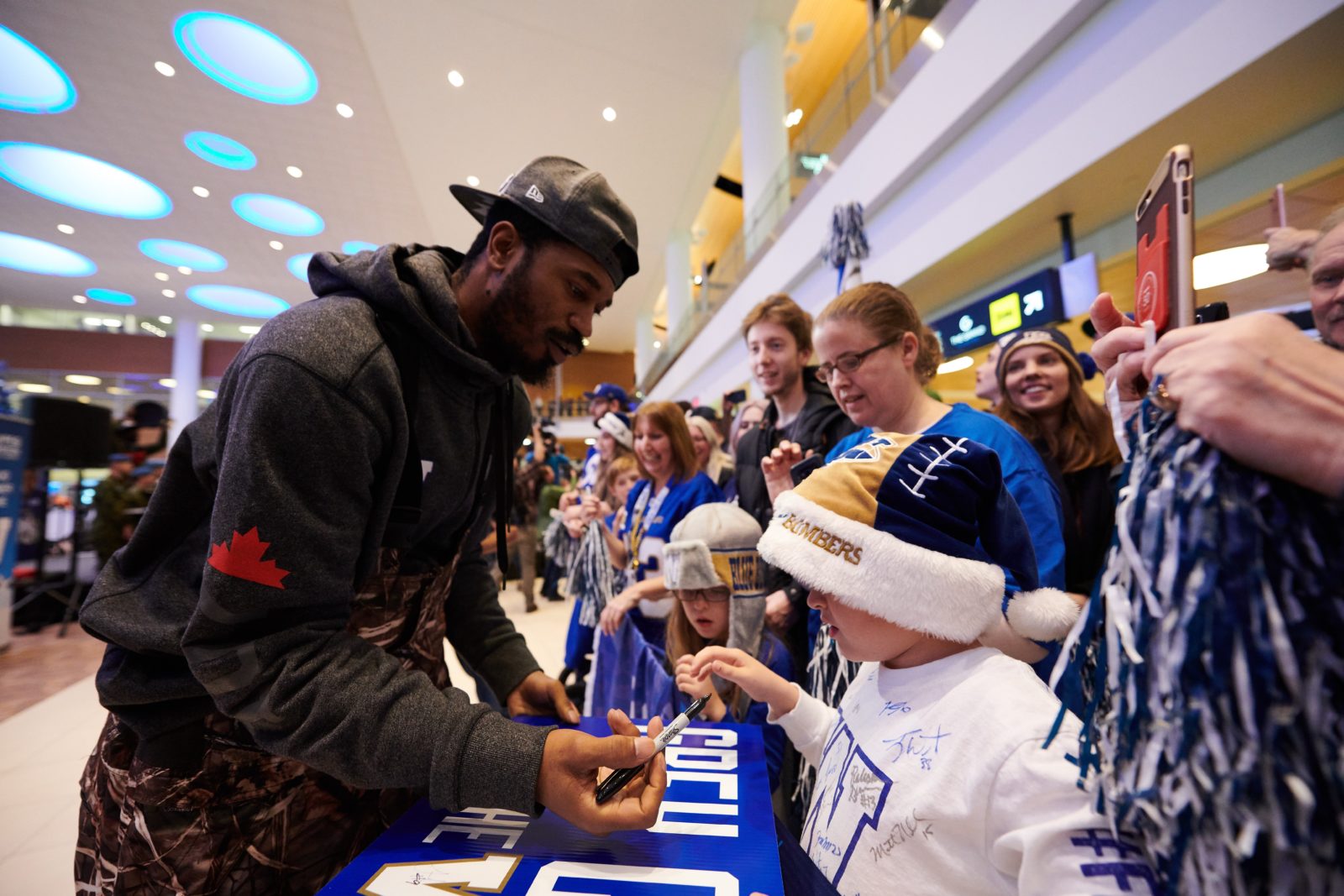 The 2019 season offered some extreme highs and lows for the veteran receiver. He missed five games due to injury and his numbers were also affected by playing pitch-and-catch with three different starting quarterbacks.

A thousand-yard receiver in 2017 and 2018, he finished the year with 47 catches for 549 yards and five touchdowns. But he was superb when it really mattered during the Bombers run to the Grey Cup. Adams had six catches for 105 yards and a 71-yard touchdown in the Western Semi-Final win over the Calgary Stampeders and a week later pulled in eight catches for 93 yards in the Western Final victory over the Saskatchewan Roughriders. He then had three receptions for 11 yards in the Grey Cup decision over the Hamilton Tiger-Cats, and even completed a 13-yard pass to quarterback Chris Streveler.

Asked to assess his season, Adams was blunt.

“Honestly, I look at 2019 as a year where I really could have done more,” he said. “I had a lot going on personally. I tried not to show it, but I was juggling a lot of different things at once. I’m not making excuses, but I feel like my mind is more clear now. My body feels great.” 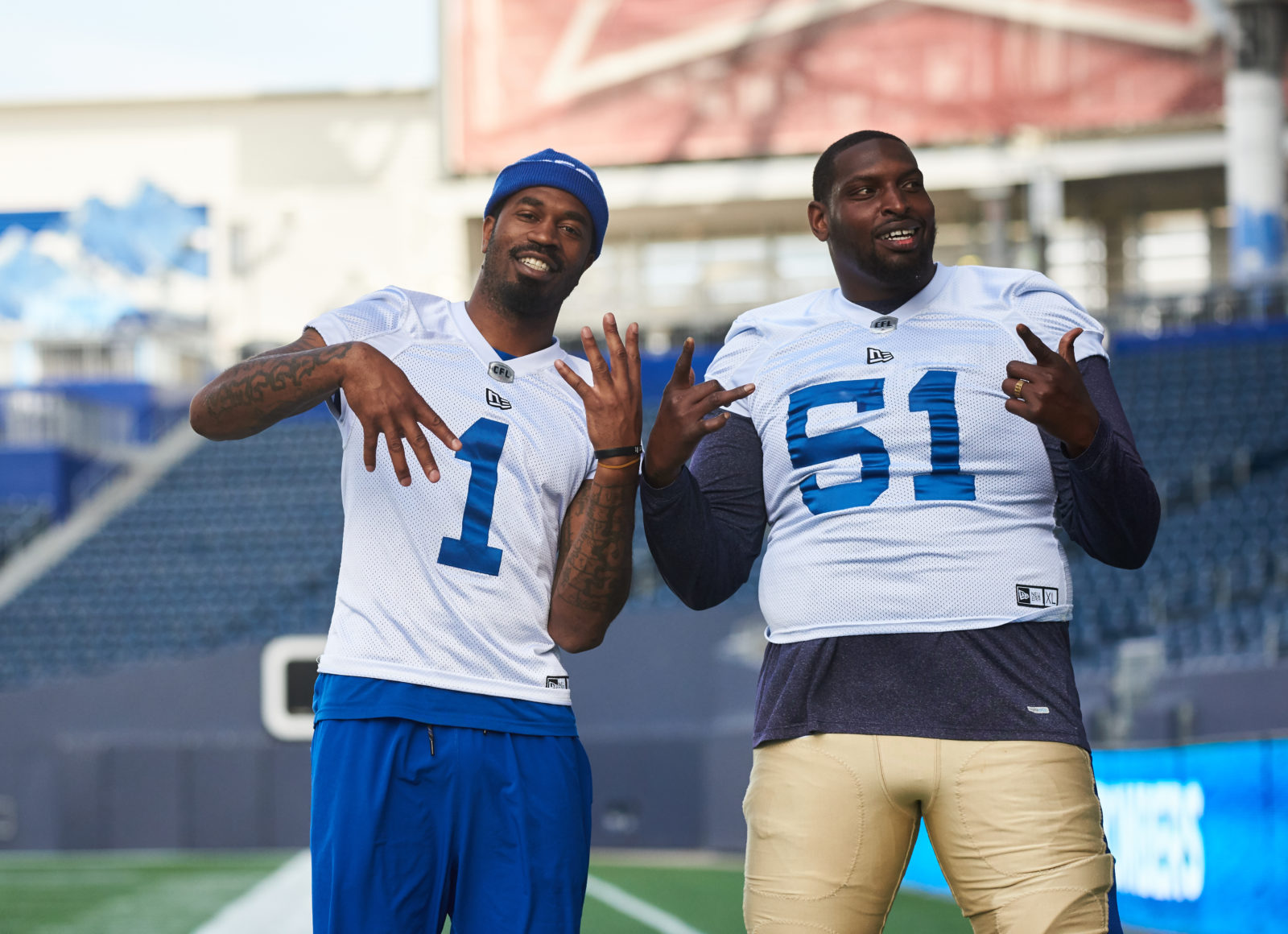 “At the end of the season, people were talking about the great season and the playoffs. Of course, I’m humbled by that and I appreciate it. But deep inside I know I could have done way better. I feel like it was a mediocre year to me.”

That said, Adams does have a chance to cement a legacy with the Bombers over the next few years. With 296 receptions for 4,226 yards during his days as a Bomber, he ranks just outside the franchise’s Top 10 in both categories.

“I didn’t know any of that until you just told me,” said Adams. “I haven’t been thinking about that, honestly, but that’s a neat thing right there. The Bombers are a great organization and for me to even be on a list with some of the guys who have played… that’d be an honour.

“You know, I’m thankful they’re considering me for three more years (the length of the new contract). I’m not taking that for granted at all. I appreciate that. Winnipeg… it’s been nothing but good things for me. Best fans in the CFL and I couldn’t see playing any place else. That’s what I told my agent, at the end of the day I want to be in Winnipeg and I want to retire a Bomber.”