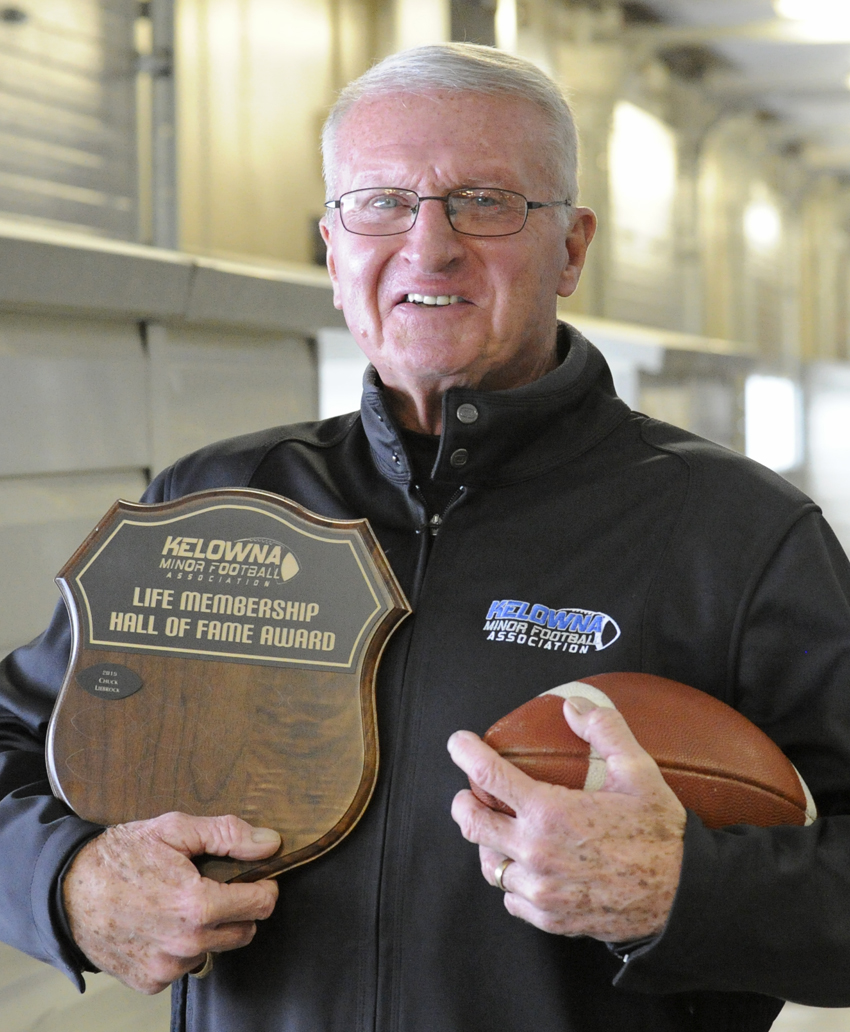 Years with the Bombers: 1970-77
Position: Guard
Currently resides: Kelowna, BC
Occupation: Retired after spending 17 years with CBC/CTV affiliates in broadcast sales and management and finished my career with an 18-year stint with Petro Canada as a Business Area Manager; Wholesale/Retail.
Family: I married Michele Hanson in 1972 and raised our three children in Winnipeg until a promotion to the General Manager of a TV network in Northern Ontario required a move. After that in 1990, I moved to Petro Canada, and in 2007 moved to  my current location in Kelowna BC. We have three grown children; Kristen: C.O.O. of NovaSystems Australia, located in Melbourne; Cara: President of Mondelez/Cadbury’s, New Zealand, in Auckland and Michael: Investment and Asset Management with the Stronach Group, in Toronto. 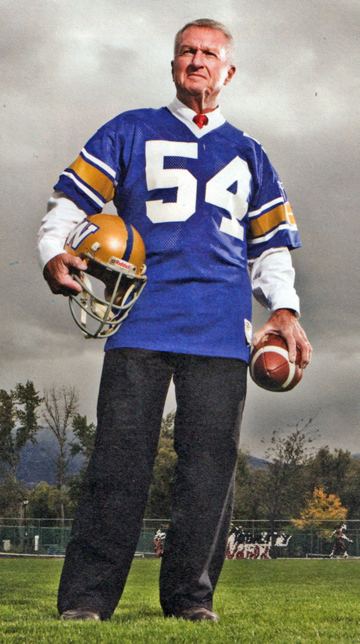 In 1972, we had the best team in the CFL with the rushing leader in ‘Mini’ Mack Herron, while Don Jonas was sacked just six times ALL YEAR. We dominated the league, offensively with Mack Herron, defensively with Mickey Doyle, and our special teams with Walt McKee, were more than special.

I had never played with a team that was so balanced, so together, on the same page, with none of the animosity that big egos can create, when there is such great success. I had, and have played with many different players, coaches, systems, and strategies, but our 1972 team was the best.

Unfortunately, Jack Abendschan kicked a field goal in overtime (in the West Final) and the Roughriders derailed our destiny of the Grey Cup; the most depressing moment of my CFL career – matched only by my own retirement after a quad injury ended my football journey.

Playing professional football was a lifelong dream and being drafted by Toronto seemed to be the absolute pinnacle. But the proudest moment of my career was becoming a starter for the eight years that I played for the Bombers with some of the best players, best coaches, the best organization and fans in the league.

My greatest accomplishment was marrying Michele in 1972 and she is a one in a million, caring, compassionate, person. We have a very connected, close-knit family who are constantly in contact with each other to support and celebrate their wins, losses and challenges.

We have four wonderful grandchildren who are also very connected and special, each in their own way. The pleasure that I am able to enjoy with my family/grandkids is inestimable, but I have to admit that their distance from us is problematic.

I have an everlasting love of downhill skiing, swimming, diving, fishing, and many other outdoor activities that we were able to share with our family, friends and neighbours as we grew up. I am currently awaiting some surgery to make me roadworthy again.

I was chosen as the outstanding Canadian in 1976; that and my Bombers ring represent a very special time in my life.

I still have the last helmet I wore to go into battle and it will always sit on a shelf in my office as a reminder of the things and people that I met and helped make my lifelong dream into a reality.

The four players that I would love to have dinner with… I still keep in touch with players from high school, the Argos, and some Blue Bombers so dinner is not only a wish, but occasionally a reality.

There is also the reality that some other close friends have passed away like Bill Frank and Doug MacIver and others who have moved away. Bob Swift, Mickey Doyle, Silent Joe Critchlow, Dave Knechtel, Butch Norman and Paul Markle, who is fighting his own battle today.

Most talented Bomber player you played with was…

Mack had all the potential to be an icon, but made some bad judgements.

Dieter Brock was a great athlete and good quarterback until Dave Smith coached him to throw HOTS, and he and his group of receivers were to become the biggest/best scoring threat in the CFL. Definitely the best.

Bomber coach who had the most influence on you:

Since I retired I have coached many players and so I have a different perspective on all the coaches that I’ve the pleasure of working for and playing a game that I love.

Game days. There is nothing that binds a group together like playing a full contact collision sport with the pedal to the metal. The competition… your heart, your mind races, and everything else around you stops or becomes invisible.

All the work, the preparation, the strength, the power, the intensity and everyone is totally focused on the gameplan to make the game of football come alive to become the ultimate experience.

I don’t miss the pain. But I still have all I need to remember both the good and bad times.