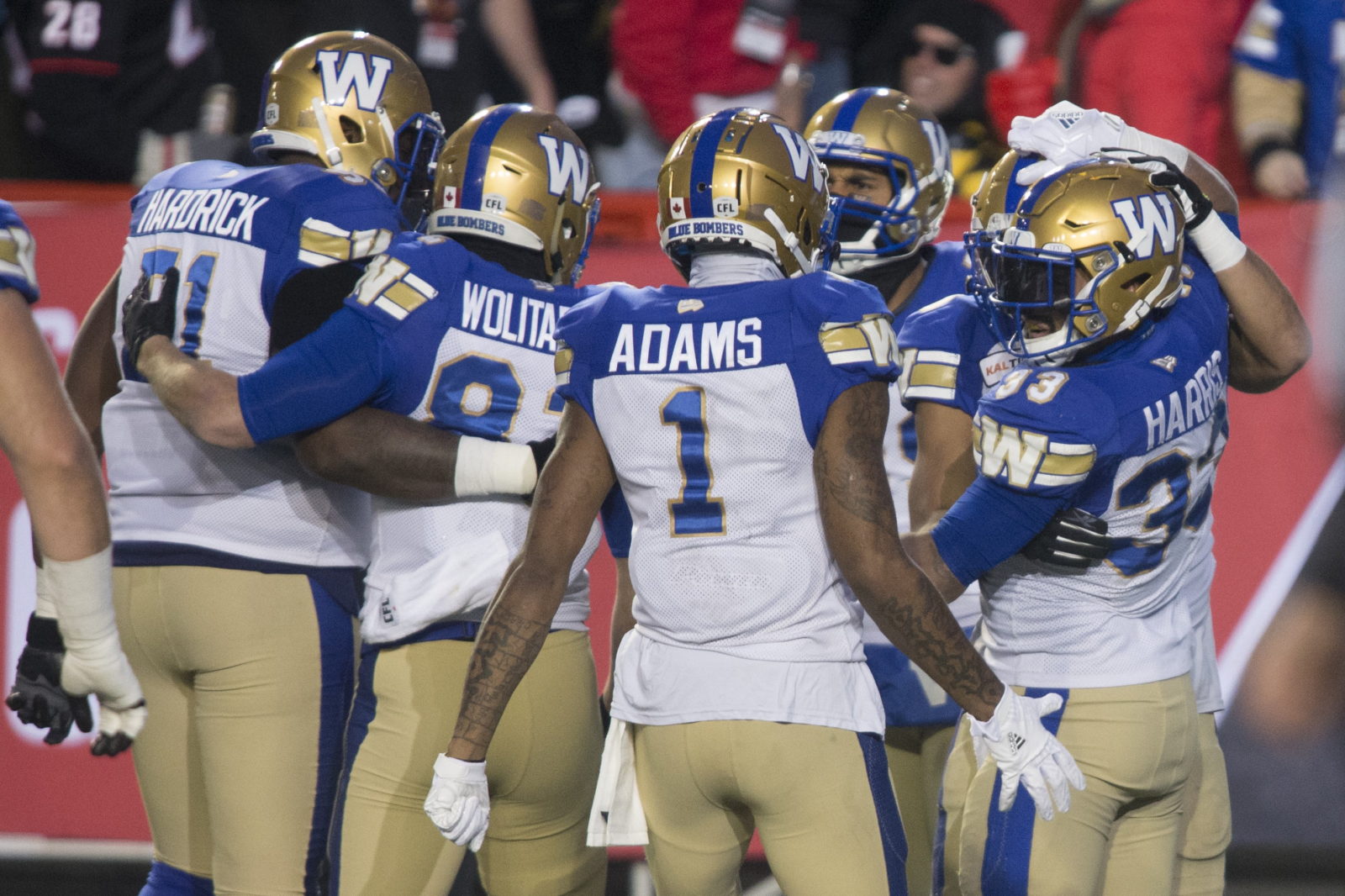 Jermarcus Hardrick readily admits that sooner or later, he’s going to have to let it go. Maybe that day comes when the calendar flips to 2020, or perhaps it’s when spring arrives. But for now, excuse the Winnipeg Blue Bombers veteran right tackle if he wants to spend just a little longer soaking up all the good vibes that come with being a Grey Cup champion.

“It still seems so surreal,” began Hardrick, whose one-year contract extension with the club was announced today. “Every day I wake up and go look at pictures from the Grey Cup. I go to YouTube and Google ‘Grey Cup 2019.’ Man, I never want this feeling to leave. I know we’ll have to put this season behind us sooner or later and go on, but this has been amazing.

“I wasn’t there from the start (of the Wade Miller-Kyle Walters-Mike O’Shea regime), but to be there for four years and to work and grind to get there… I’m just so happy. Honestly, it took a while for it all to hit me because we put so much into it. It was like I had used all my emotions up in the four years leading up to that moment and then it hit me like a rock.” 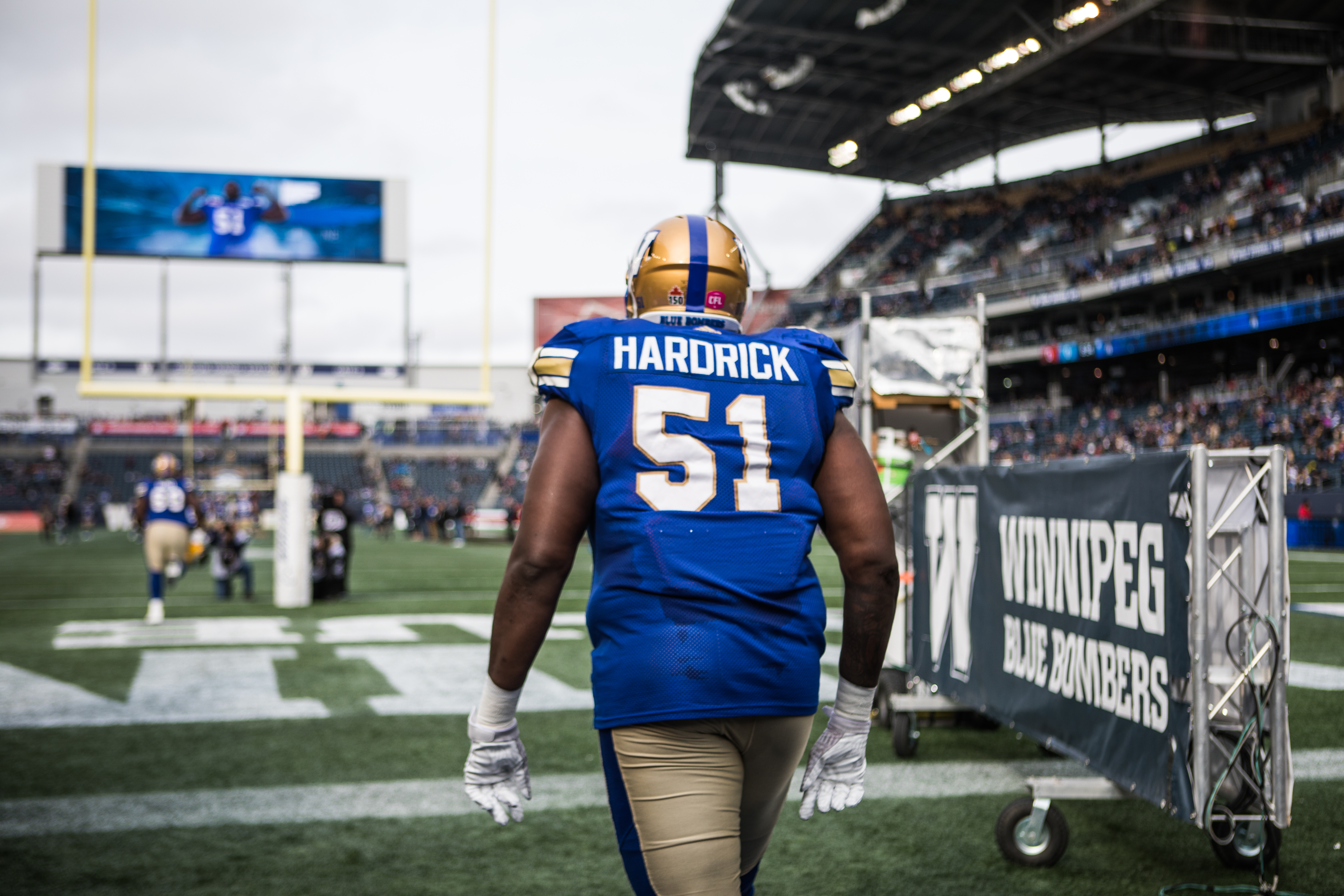 “The support we had, the support we still have… I mean, coming back to the airport, going to the parade and just going everywhere I was trying to hug every fan I could to show them how much appreciate them. I want to do it again because I love that feeling.”

The contract extension for Hardrick is critical for the Bombers for a couple of reasons. First, he’s one of the more underrated tackles in the Canadian Football League and a tone-setter whenever he steps onto the field.

But he’s also proven to be one of those heart-and-soul guys who has an everyday passion for the game that is infectious to anyone who comes into his radius.

In short, his arrival in Winnipeg has been a boon to an offensive line that was looking for another tackle to flank Stanley Bryant. And it’s been a blessing for the 29-year-old Mississippi product after he had bounced around pro football’s map trying to find a home.

“I remember when I got to Winnipeg… I had already been on eight teams and I had just got cut by Saskatchewan,” said Hardrick. “I was on edge because all I knew was getting cut. I still walk on eggshells to this day because the amount of talent in the CFL is incredible. But Winnipeg gave me an opportunity and all I wanted to do when I came in was give it my absolute best shot.” 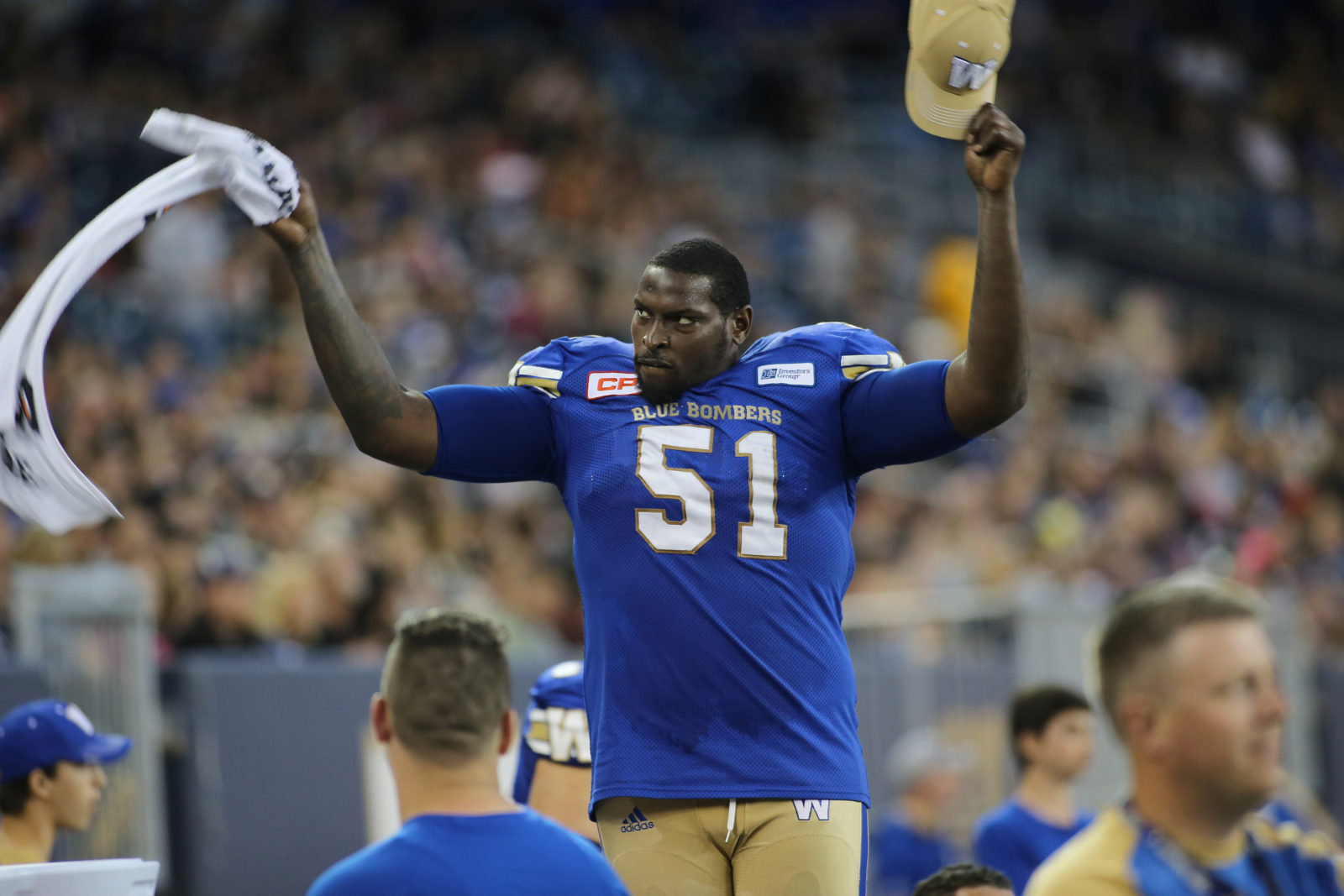 “From the top down and the way Osh approaches things, he makes you want to be a better player and a better person. It was everything I wanted and needed in life and for Winnipeg let me come in and be myself and let my game develop, it’s been more than anything I could have thought it would be.”

Hardrick is now back home in Lincoln, Nebraska with his family. But he’s not that far removed from the emotions he felt after the Grey Cup and the impact it’s had on Bomber Nation.

“The emotions of the fans, the stories I’ve been reading – that guy and his daughter that put the pin in the goalpost before the game – it just shows you how much blood, sweat and tears the fans have put into this, too,” he said. “That’s part of what makes this the best – I know our fans have always been loyal and proud and that they’ve wanted this. It almost makes me cry now when you hear these stories about 29 years ago and fans talking about their granddaddy talking about past Grey Cups… I just gives me goosebumps.

“We’d hear those stories before this and it would suck to know we let them down, but they were still there. You’d still see the same fans, the same faces. So, for us to do this now all I can say is ‘Thank you Winnipeg’ and I hope winning the cup was a thank you back from us.”