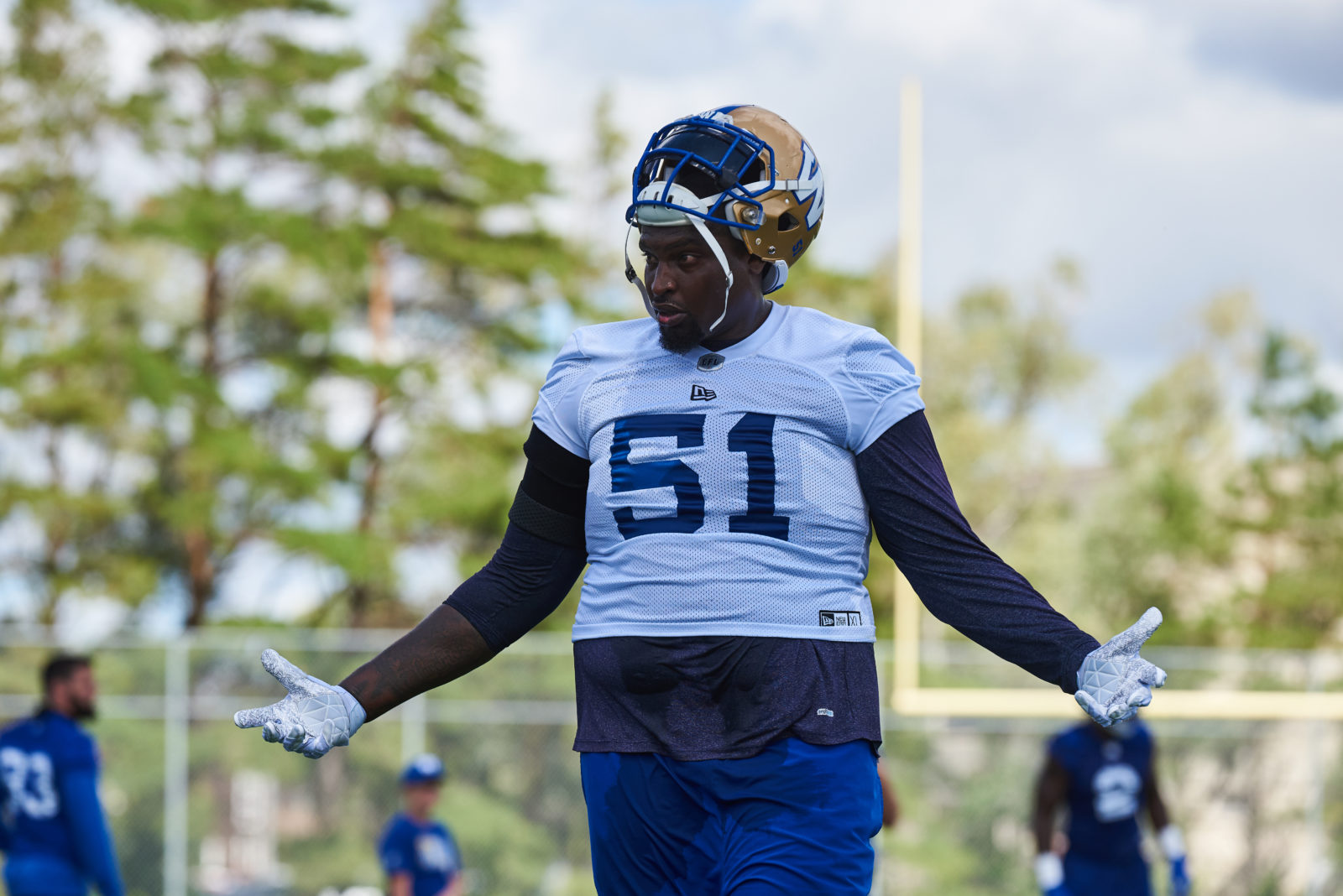 WINNIPEG, MB., December 14, 2019 – The Winnipeg Blue Bombers today announce the club has signed American offensive lineman Jermarcus Hardrick to a one-year extension. Hardrick was scheduled to be a free agent in February.

Hardrick (6-5, 320, Nebraska, May 30, 1990 in Batesville, MS) will be entering his seventh CFL season in 2020, and fifth with Winnipeg. Hardrick has played in 67 games since joining the team prior to the 2016 season, including starting all 18 games and three playoff games at right tackle.

Hardrick is a mainstay on an offensive lineman that once again blocked for the league’s leading rusher, and all of his games dressed (67) with Winnipeg since signing with the club have been starts.