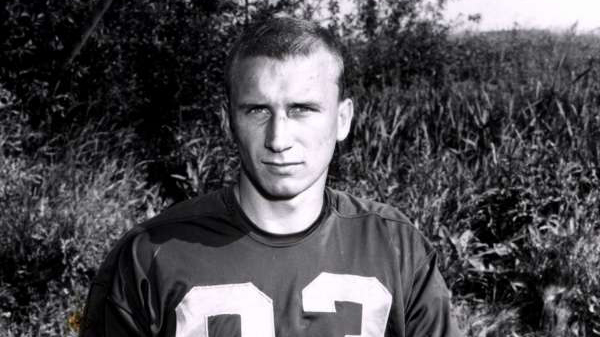 Fondest memory playing with the Bombers:
Winning the 1961 Grey Cup in overtime (21-14) and, as well, the ‘Fog Bowl’ a year later — played over two days (December 1-2) because of the fog which had rolled in over Toronto’s Exhibition Stadium.

Proudest football accomplishment:
Being selected as a winner of the Tommy Lumsden Trophy as the team’s top Canadian. It was a coach’s selection back then and it had great meaning as Tommy was a teammate before he passed away.

Proudest non-football accomplishment:
Working with Leo Ledohowski and the gang at Canad Inns Corporation to help get Grey Cup rings for the surviving members of those teams from 1958-62.

Favourite hobby/past-time:
It used to be golf, but now it’s working on the Blue Bombers Slumni board.

Most-talented Bomber player you played with was…
Gerry James. Very talented athlete, a great guy and a super competitor.

Bombers coach who had the most influence on you:
Bud Grant – He taught us all how to win.

What you miss about playing football:
The locker room atmosphere and being around my teammates.