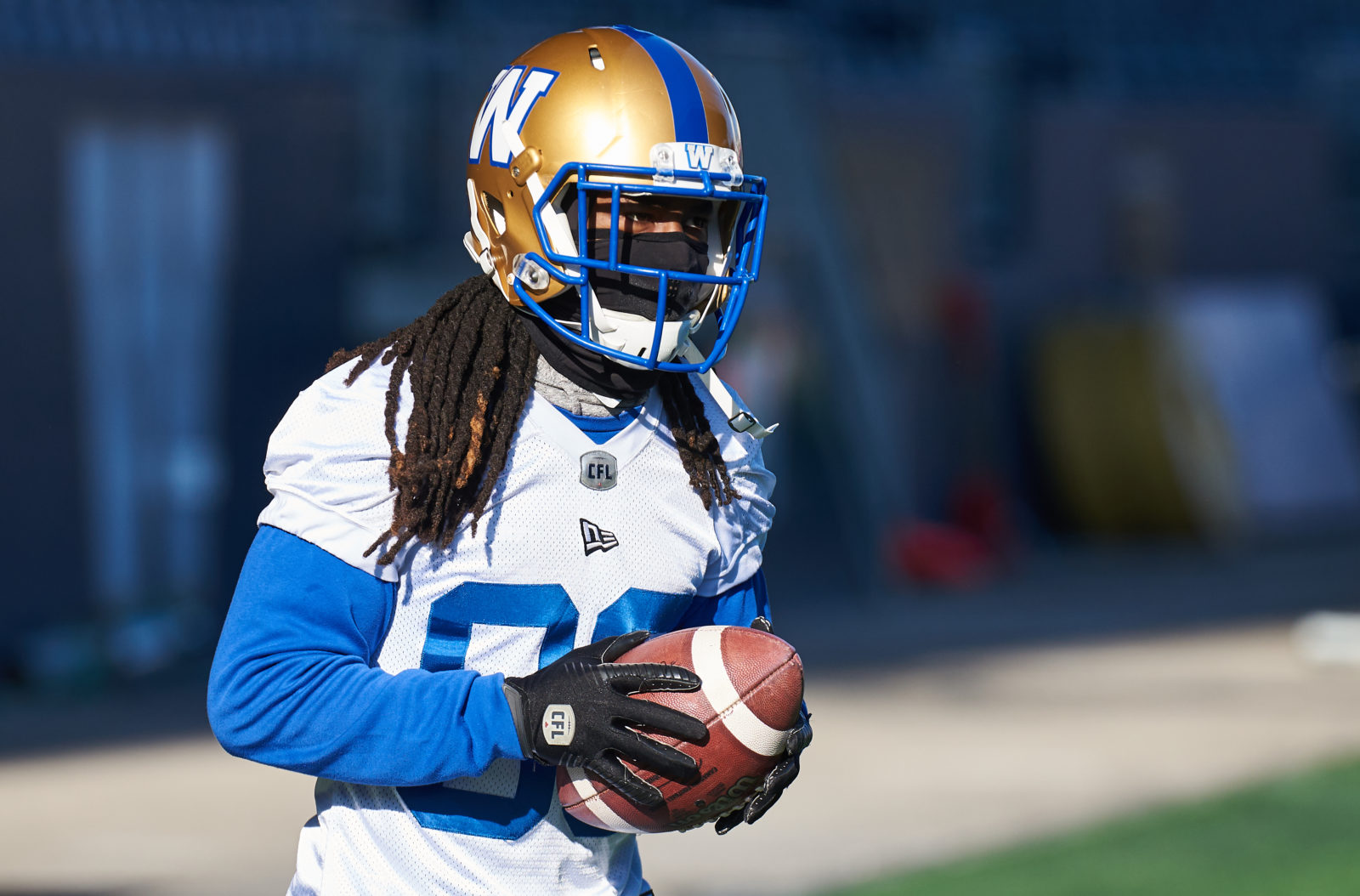 Kickoff: 3:30 p.m. Sunday; McMahon Stadium, Calgary
TV: TSN, RDS, ESPN2
Radio: CJOB
The Calgary weather forecast: Light snow, high -11C with a low of -19C
Vegas line: The Stampeders are favoured by six points.
Streaks: Winnipeg: 1W; Calgary: 1W.
Home/Road: The Bombers are 3-6 on the road this year; the Stampeders are 7-2 at home.
Head to head, 2019: The Bombers captured the season series 2-1 — a first against the Stamps since 2002 — but the three games were decided by a grand total of eight points. The Bombers won in Winnipeg 26-24 in August, lost in Calgary 37-33 back on October 19th and then won 29-28 six days later at IG Field.
Playoff history: This is a rematch of last year’s Western Final, won 22-14 in Calgary by the Stampeders. According to the CFL, the Stamps and Bombers have met in the playoffs 20 times dating back to 1945, with Winnipeg holding a 13-6-1 record (not including the Grey Cup losses to Calgary in 2001 and 1992). Winnipeg and Calgary last met in a Western Semi-Final in 1982 – a 24-3 Bomber win. 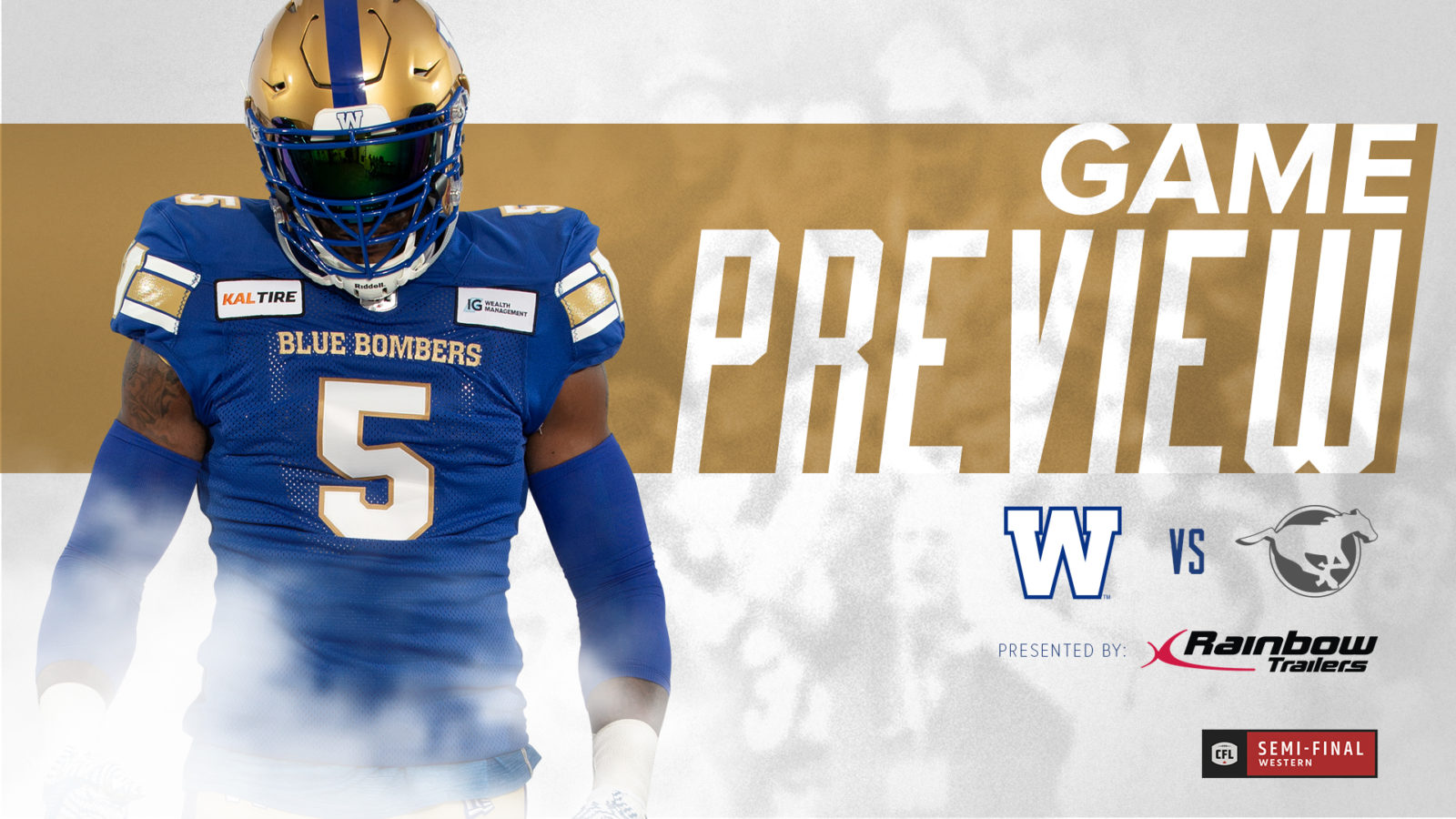 Consider this for a moment as fans across Bomber Nation – check that, the entire Canadian Football League – wonder aloud about how Zach Collaros might impact Sunday’s Western Semi-Final:

The man has taken exactly 50 snaps as the Bombers’ starting quarterback, throwing 28 passes, rushing three times and then stuffing the ball into the belly of a ball carrier on 19 occasions.

Clearly Collaros breathed some life into the attack in his one start – and that roll right, roll left, roll right, roll left TD toss to Darvin Adams is Exhibit #1 – but what are the realistic expectations for a guy still living out of a hotel here in Winnipeg and trying to develop some sort of rapport with everyone inside the offensive huddle?

After all, as much as many teams in this league run the same plays and concepts, digesting an offensive playbook and all the terminology that goes with it is hardly something a guy can cram into one all-nighter before a big test.

“I don’t think me being a new person in the building would have changed the way I would have approached it,” Collaros said Friday. “Obviously it’s a little bit different, being behind the 8-ball in terms of the terminology stuff and obviously learning a new system.

“But if I had been here for three or four years I probably would have handled it the same way. It’s a really easy group to work with from a players standpoint and a coaching staff standpoint. I could sit there and talk to Buck and LaPo for hours about plays and coverages. They always say if you enjoy your work it’s not really work. It was enjoyable.”

All that said, the bye week was invaluable for Collaros. Asked a couple of days ago if the QB is more comfortable after a few more sessions, Bombers offensive coordinator Paul LaPolice offered this:

“Oh, absolutely. I called one or two things in the (last) game that he knew what we were running, he just wasn’t sure where people were lined up. He’s got a much better feel for everything we’re doing now. Credit to him. He’s a good pro and seen a lot of pictures in his time.”

The Bombers ranked first in the CFL in rushing yards per game this season at 147.9 — the most by a Winnipeg club since 1976. But the club’s passing yardage of 212.2 per game is 9th, or last in the CFL.

Finding some sort of balance – much the way they did in the regular season finale victory over Calgary when Collaros threw for 221 yards and the team rushed for 89 yards – could be massive against a stingy Stamps defence.

“I do think the teams that are balanced win Grey Cups. I don’t think you see often a team will run the ball for 200 yards unless it’s some type of weather. You’re going to have to make throws to win the football game. It’s important (being able to run), but I think it’s always more important to be not one dimensional.” 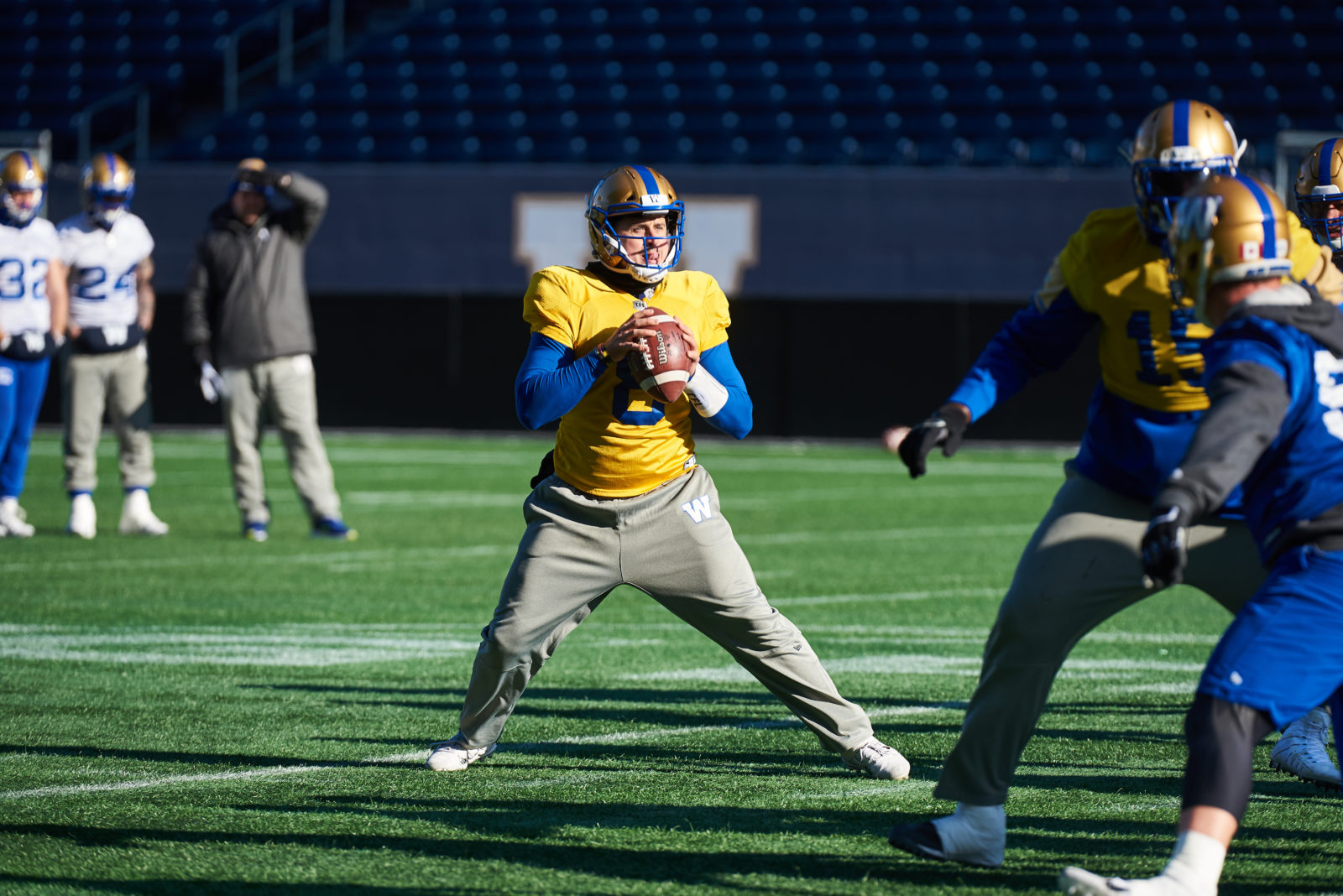 Bo Levi Mitchell is the winningest quarterback in CFL history, and he’s earned a good chunk of that claim after rag-dolling the Bombers from his very first start in this league in 2013 (376 yards and three touchdowns), through a career game last August (452 yards and three TDs) to what he has done this year – almost 700 yards passing and seven scores against one interception in two games, a win and a loss.

The Bombers will be facing Mitchell for a third-straight game and there’s been very little evidence they have found a formula for stopping him. They’ve blitzed the Calgary pivot and also dropped a bunch back into coverage. They’ve run zone, man and mixed coverages in the secondary and still he tears the defence up with the precision of a diamond cutter.

There is no magic formula or untried defensive blueprint here. The Bombers will have to be just that much better on Sunday if they are to advance to the Western Final – better on blitzes, better in their coverages, better in disguising what they are doing defensively.

“Bo’s been in this league for a while. He’s gone against a lot of different defences and the same teams,” said Bombers defensive end Willie Jefferson. “If anything, we just want to try and get after Bo as much as we can. We’re not trying to bring something different. We’re not trying to make things look different or seem different. We just want him to know that we’re coming after him, we’re coming after that offence and it’s just going to be a hard-fought game. 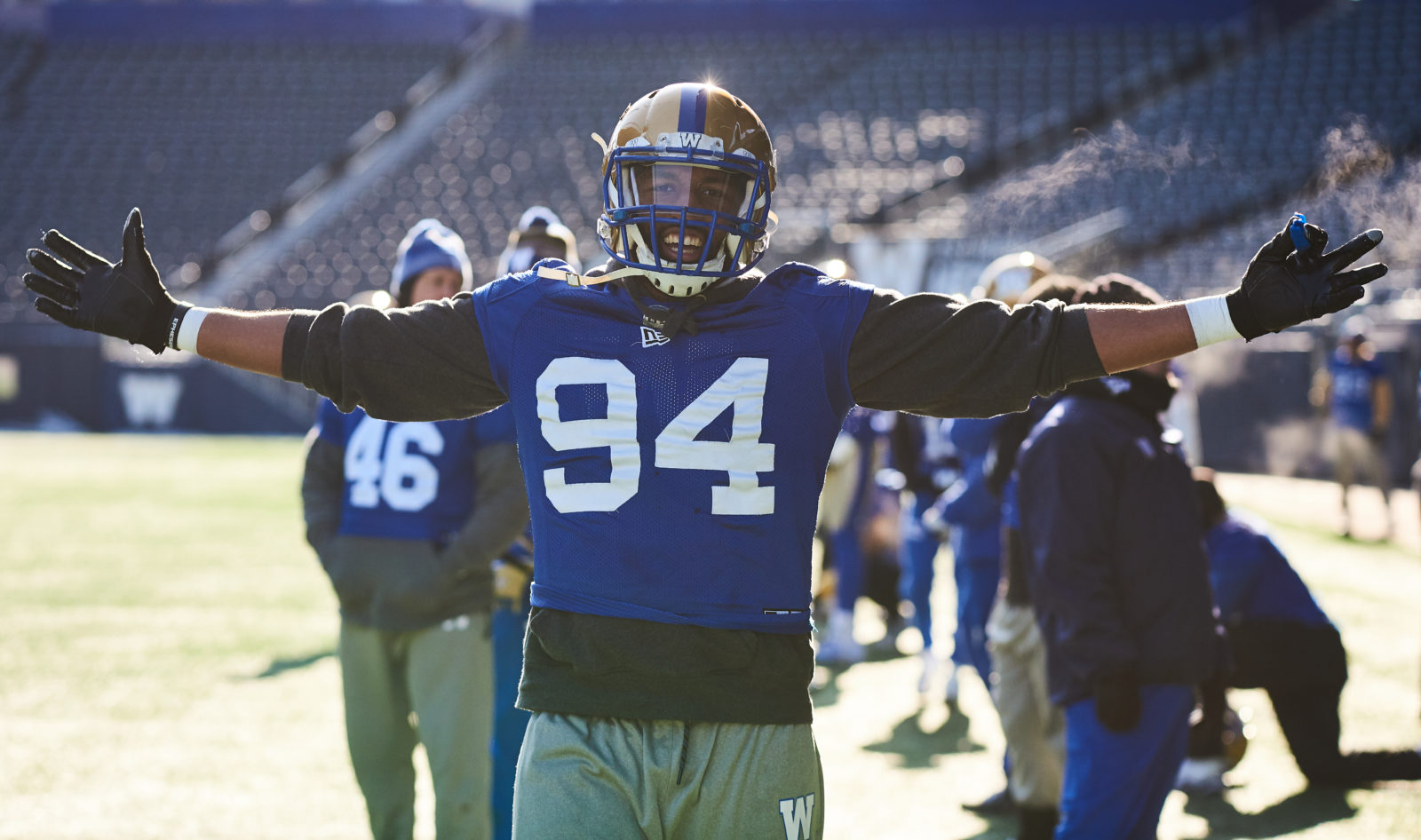 There are any number of players who figure to play significant roles on Sunday, from Collaros and Mitchell, to Andrew Harris, Reggie Begelton, Eric Rogers or Darvin Adams, just to name a few.

But with these two squads so evenly matched it could be a play by the specialists like kickers Justin Medlock, Rene Paredes and Rob Maver, or the Bombers ace return man like Janarion Grant, who could make a critical play that flips the field or results in a score.

The Bombers believe Grant can be a difference-maker in the playoffs just as he was in the games against the Stamps this year. And Calgary is obviously well aware of him, too.

“We’re playing a team that has hurt us in the return game,” Stamps head coach Dave Dickenson told reporters in Calgary this week. “They’re one of the best in the league.” 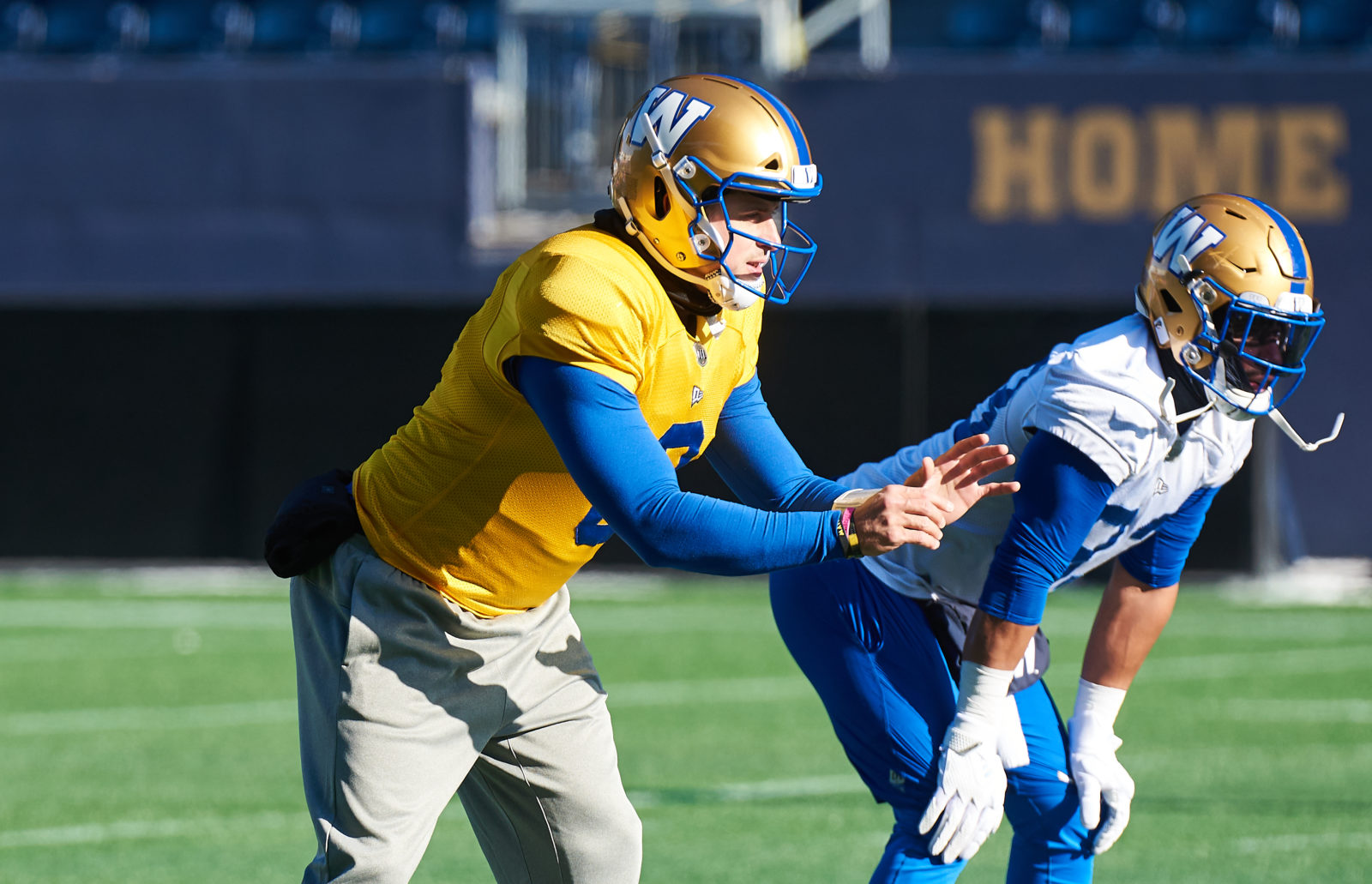 The Bombers are making three changes to their 46-man roster from their regular season finale, bringing aboard QB Chris Streveler, LB Jesse Briggs and OL Asotui Eli. Streveler, interestingly, is listed as the third-string QB behind Zach Collaros and Sean McGuire after practising on Wednesday, but not participating on Thursday. Friday’s practice was closed to the media.

Centre Michael Couture, who was injured in the last game, has been moved to the one-game injured list and will be replaced by Cody Speller. That also explains why Eli has been added over Geoff Gray, as he has been working at centre all season and played there during his university days.

Also coming off the roster is DB Nick Hallett, who was also injured in Calgary, and QB Trevor Knight. Hallett was placed on the one-game injured list; Knight was moved to the practice roster.

FYI, dime back Anthony Gaitor is no longer with the team after not agreeing to a change in his role, is listed on the one-game injured list. 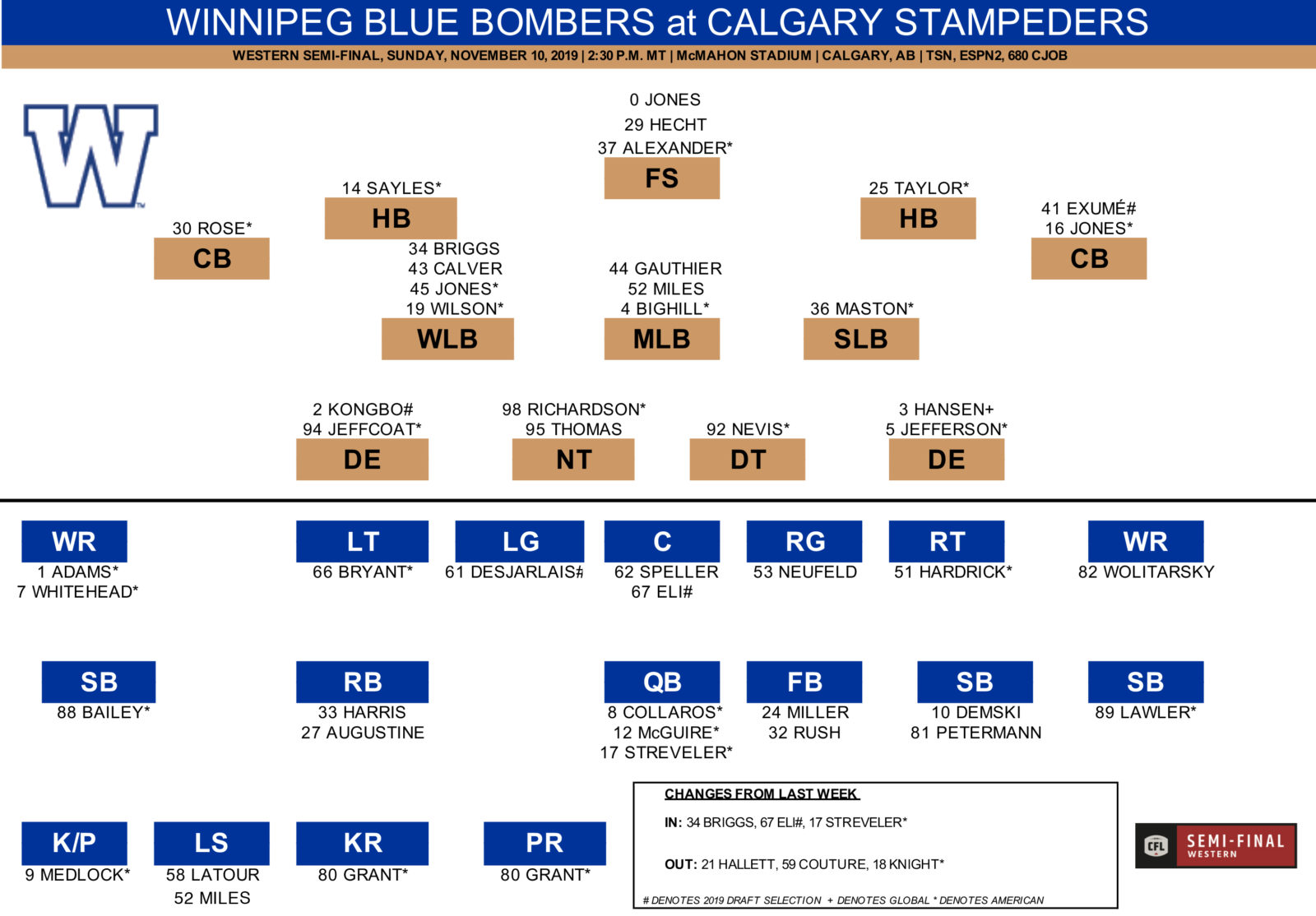 #9 Justin Medlock, K: Has made 12 straight field goals to end the year and has a sparkling career field-goal percentage of 87%.

#33 Andrew Harris, RB: It’s not so much what Harris will do as a running back – expect him to get anywhere from 10-20 carries – but the options he gives the Bombers as a receiver that could be massive on Sunday. Harris has averaged 70 receptions a year since joining the Bombers and in his last 10 games versus Calgary has 58 catches.

#37 Brandon Alexander, S: The Bombers have been scorched through the air for some big plays this season, and as a result, made the switch from Jeff Hecht to Alexander at safety. They’ll need him to be the master communicator he is out there on the field, but also a game changer in terms of his coverage and physical presence in the middle of the air defence. 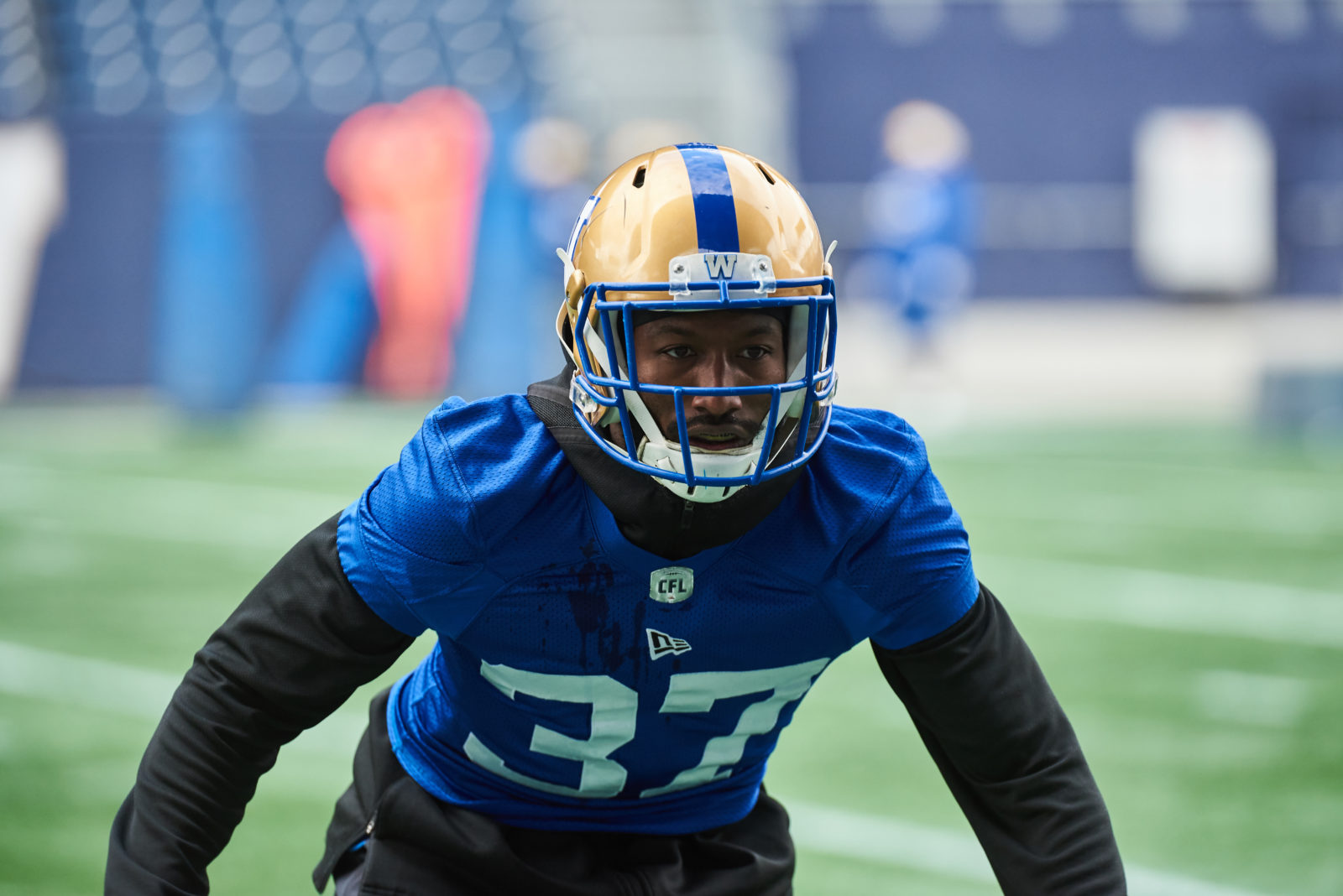 #94 Jackson Jeffcoat, DE: Willie Jefferson gets a lot of love – and rightfully so, given the season and the career he’s put together – but Jeffcoat can be a difference-maker at the other end spot. The Bombers will need to make Mitchell squirm in the pocket and if that pressure can come from all over the field, their chances rise exponentially.

Most of the Bombers scoff at this stuff because they only own a small chunk of it, but dating back to 1990 Winnipeg is just 5-26 at McMahon Stadium in playoff games. And it’s 5-28 if you include last year’s Western Final loss and the loss in the 1993 Grey Cup to Edmonton.

“We’re feeling good. We know what we’re capable of. Obviously it’s been a little bit of a rocky season with a lot of events going on, but at the end of the day we’re here to play football, we’re here to win a championship. That’s our goal.” – Bombers slotback Nic Demski.