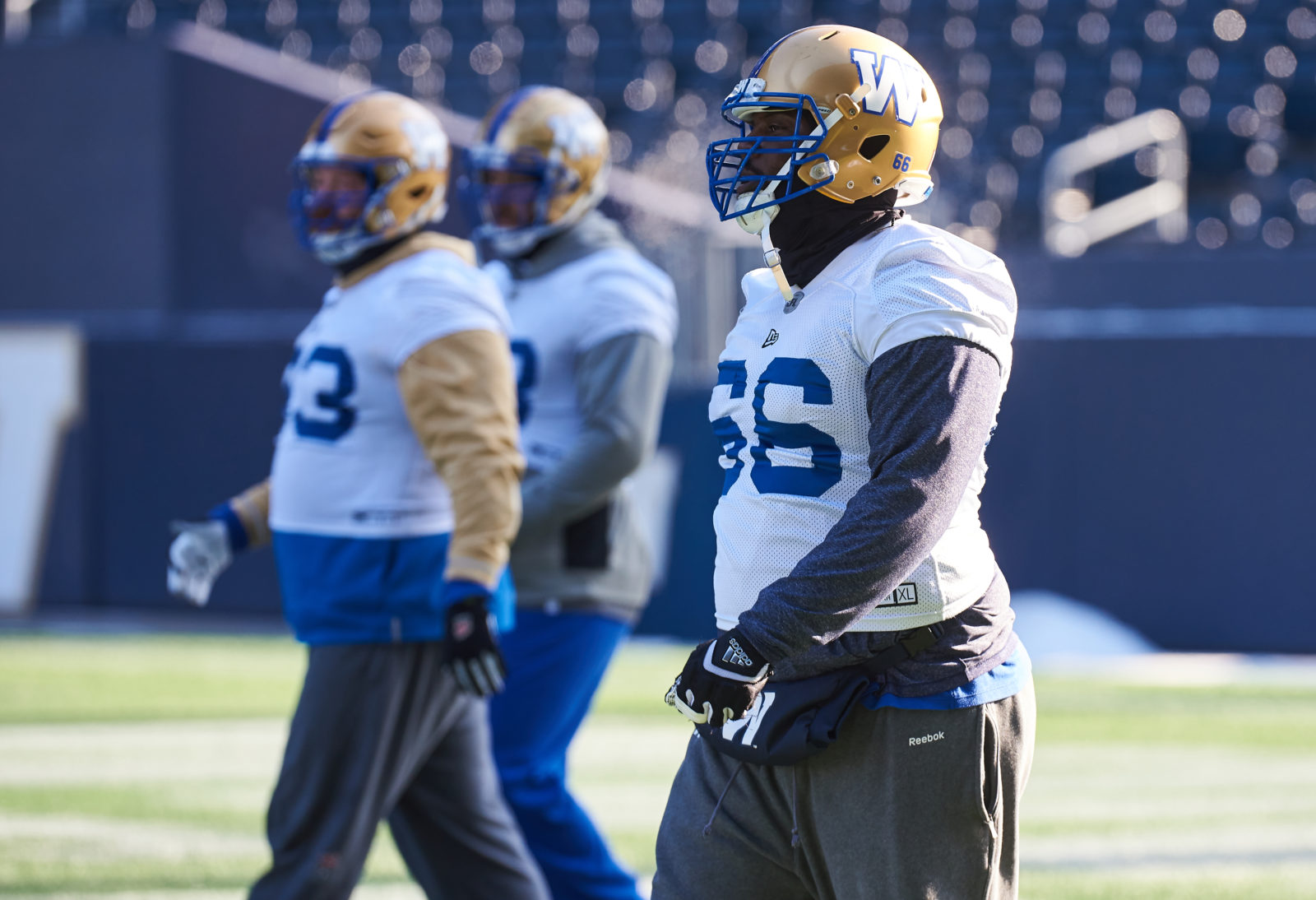 WINNIPEG, MB., November 7, 2019 – The Canadian Football League today unveiled its 2019 Most Outstanding Player nominees for the West Division and three members of the Winnipeg Blue Bombers will be up for league awards.

For the third straight season, offensive lineman Stanley Bryant is the West nominee for Most Outstanding Lineman. The two-time reigning CFL Most Outstanding Offensive Lineman earned his fifth divisional all-star award yesterday, and continues to anchor the left side of a line that was again the engine for the top rushing team and an offence that finished tied for second in points scored. Bryant has not missed a single game since joining the Bombers in 2015. If successful, Bryant would be the first offensive lineman in league history to win the award three straight seasons.

Willie Jefferson will represent the West Division as the Most Outstanding Defensive Player in 2019. The free agent signing from last offseason had a superb first year with the Bombers, setting a new CFL record for pass knockdowns by a defensive lineman with 16 – best in the league. Jefferson also led the CFL with six forced fumbles, topped the Bombers with 12 sacks (ranking third overall), and added 24 tackles, an interception and two fumble recoveries. Yesterday he was named to the West Division All-Star Team for the third straight season.

Mike Miller has been perennially among the league leaders in special teams tackles during his nine-year CFL career and this season, will be up for the league’s Most Outstanding Special Teams Player. Miller finished tied with teammate Kerfalla Exumé with 25 tackles on special teams, second in the CFL to Toronto’s Frank Beltre, who had 27. Miller is second on the CFL’s all-time special teams tackles list with 185, trailing only Jason Arakgi, who amassed 190 during his career. Miller was recognized yesterday as a division all-star for the first time in his career.

The voting was conducted by The Football Reporters of Canada and the league’s head coaches.