“The guy is awesome” | Team happy to have Collaros on board 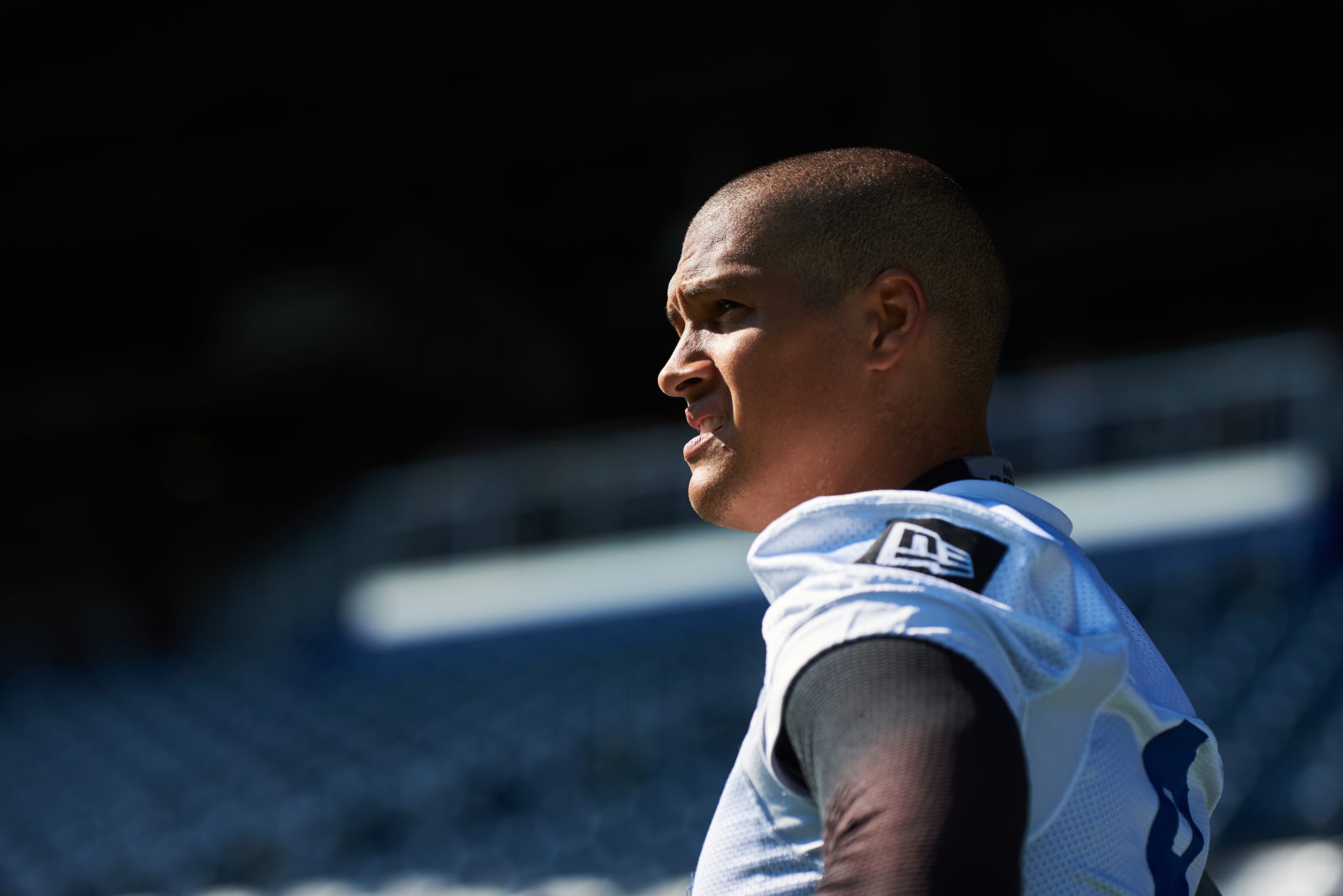 “The guy is awesome” | Team happy to have Collaros on board

Justin Medlock was right there alongside Zach Collaros when he was a legit candidate for the Canadian Football League’s Most Outstanding Player Award.

The years have since passed since 2014-15 and injuries have certainly played a significant role in keeping Collaros off the field and out of any discussions about awards, but Medlock knows more than a little about the man the Winnipeg Blue Bombers are welcoming into their clubhouse this week after Wednesday’s trade with the Toronto Argonauts:

“The guy is awesome,” began Medlock after practice on Thursday, “and I think he’ll fit in really well here in this locker room. I know he wanted to come here really bad. I told him we’ve got a great team here… defence is great, special teams is great, offence is great. I think he can help us out. (Chris) Streveler is doing his thing and improving and I love him. Now we’ve added somebody and it’s good insurance going into the playoffs.

“This is a team that’s ready to win a Grey Cup and the last thing you want is to not have that veteran quarterback. It’s good to have him on board.”

Medlock sent Collaros a ‘good luck’ text message even before the trade deadline as rumours about Winnipeg’s interest began to gather steam. Collaros arrived from Toronto Thursday afternoon and immediately headed to the Bombers offices to begin meetings with the coaching staff. 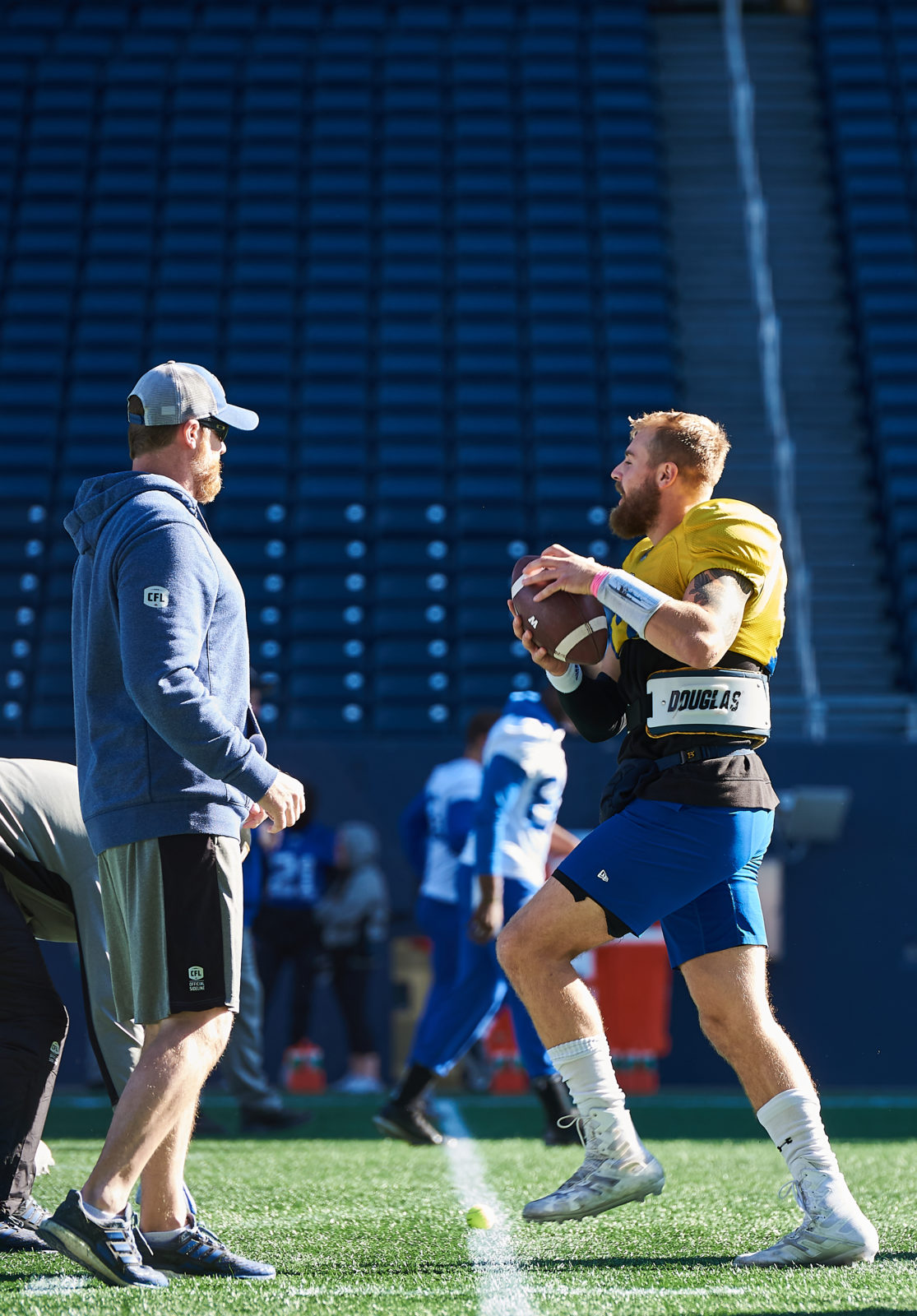 The Bombers will start Chris Streveler at quarterback for Saturday’s home game against the Montreal Alouettes with Sean McGuire available in relief. But the arrival of a veteran like Collaros – he has 65 career starts to his name and a 34-31 record – not only gives the club insurance at the position and an intriguing option for a playoff push, but also sends a clear signal to the rest of the men in the clubhouse that management is still all in for 2019.

“That’s exactly it,” said running back Andrew Harris. “Draft picks are very valuable and when they’re willing to put that out there so we can get some more veteran experience in the locker room and in the offence, it’s definitely a good sign that they care and they’re willing to do whatever it takes to get us as far as possible in the playoffs.”

Bombers head coach Mike O’Shea remains a big backer of Streveler, who is 2-4 as a starter this year, but could have easily had that record reversed if not for the meltdown in Montreal and a blown late lead in the Labour Day Classic.

But what the 31-year-old Collaros provides is an experienced option to turn to if need be.

“I think it’s a good move,” said O’Shea. “We said right from the get-go about bringing a veteran guy and it didn’t happen until the 11th hour, but now we’ve got a seasoned veteran who comes in and will have a role and will definitely be a good guy to have in the building.

“Knowing Zach, he’s a smart guy, a competitive guy and he’s going to pick things up very quickly. I’m sure the concepts are very familiar to him, the terminology will be probably different. But that’s the reason we talked about a veteran guy because it comes that much quicker. Understanding CFL defences is something these guys do no matter what the play call is. They have to look at defences and understand what they’re trying to do to you, so that’s important.” 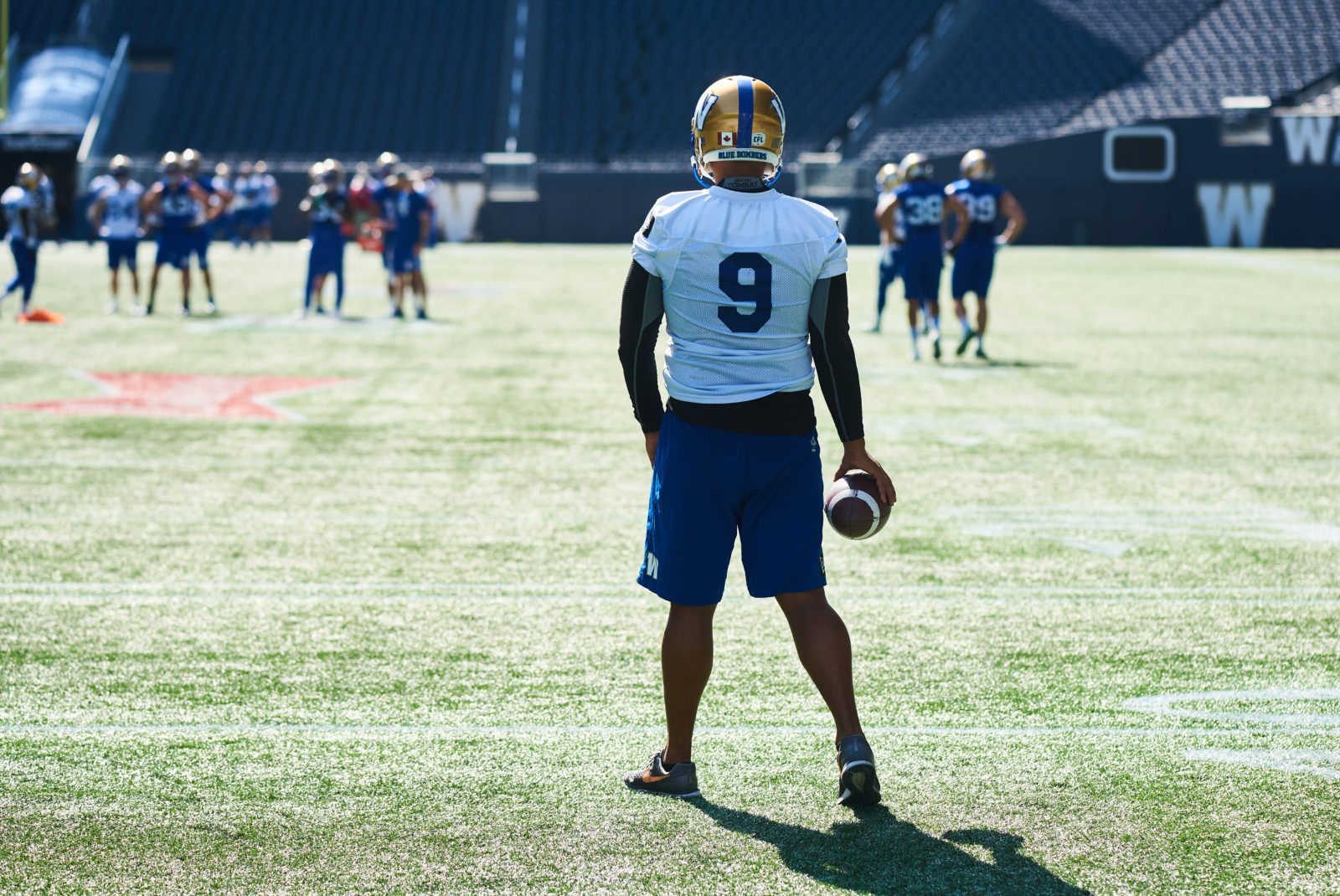 O’Shea did speak to Streveler immediately after the trade was completed and said he doesn’t have any concerns about how the second-year pro will handle the arrival of a veteran like Collaros.

“Chris is a pro. I’ve said it right from the get-go, one of the things that was really cool to see from Strev was how much of a pro he was in his prep and his understanding of being a pro quarterback and leading a team,” said O’Shea. “When I talked to Strev yesterday after the trade went down he said it doesn’t change anything in his prep work or how he thinks. He was preparing to win a football game and lead a team. It doesn’t change anything.”

Again, it does change the mood in the room, however. The Bombers to a man believe that the addition of Collaros makes them a better team today than they were before the trade deadline. And belief can be a powerful thing when there is snow on the ground.

“I got to the CFL in ’14 and in ’13 and ’14 Hamilton went to the Grey Cup back to back with Zach,” said Bombers right tackle Jermarcus Hardrick. “My first two years all I knew about him was that he had success.