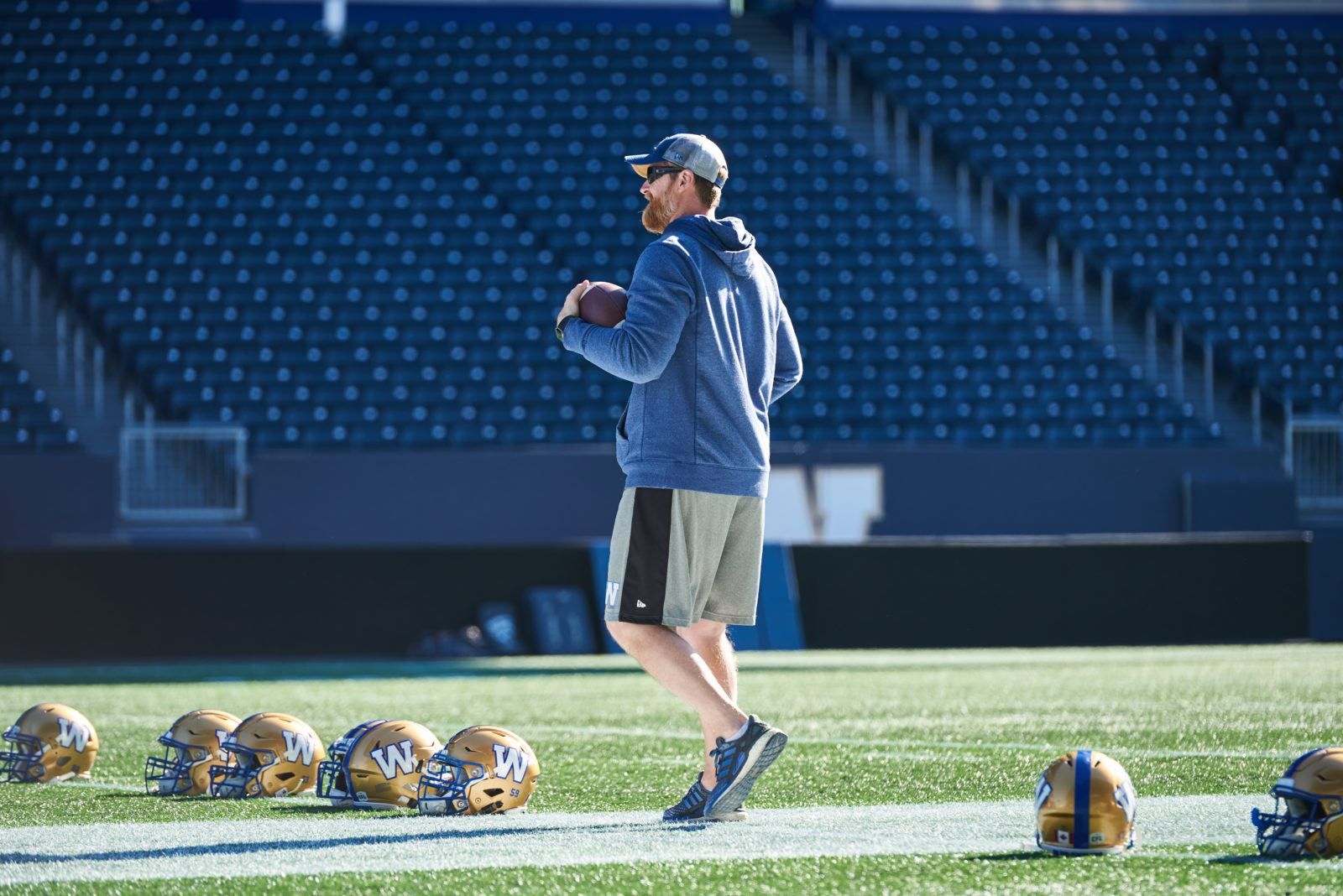 He came here with an already-earned reputation as a guy who eats quarterbacks, who bats down passes out of the sky and who is an absolute nightmare for offensive coordinators game-planning against him.

What no one really knew about Willie Jefferson while watching him from afar in Edmonton Eskimos and Saskatchewan Roughriders colours over the past few years, is just how much his Winnipeg Blue Bombers teammates rally around him as a leader and often lean in on his every word.

And so, when Jefferson tweeted earlier this week about football being a love-hate game – about loving to win, hating to lose – it was a reminder not only to himself, but a message to the rest of the men in the Bomber locker room.

“Guys play this game because they love it. Guys love to win, hate to lose,” Jefferson explained. “You don’t wake up every morning saying, ‘I’m going to go out there, play my best and hope to lose.’ You give it all, you expect your teammates to do the same thing and the end result you hope is a win. It’s not always like that. Sometimes you go out there and take a loss, but you still love the game, still love the team and the surroundings you’re in.

“You don’t want to get to the point where you wake up and it’s, ‘Ah, I gotta go play football today.’ There are guys after playing in high school or college that never get to experience the love of playing the game again. It’s not their fault, it’s just the way things go. But being that person who comes to work loving to play the game can inspire your teammates. If you see somebody just going through the motions and not taking this opportunity for what it is, man, that weighs heavy on me.

“Taking loss after loss after loss… that’s demanding on people who come in and take the game seriously,” added Jefferson. “Having those three losses can put a damper on guys, but the way this team is, the way the morale is, the way we interact with each other on offence, defence and special teams you don’t see that here.” 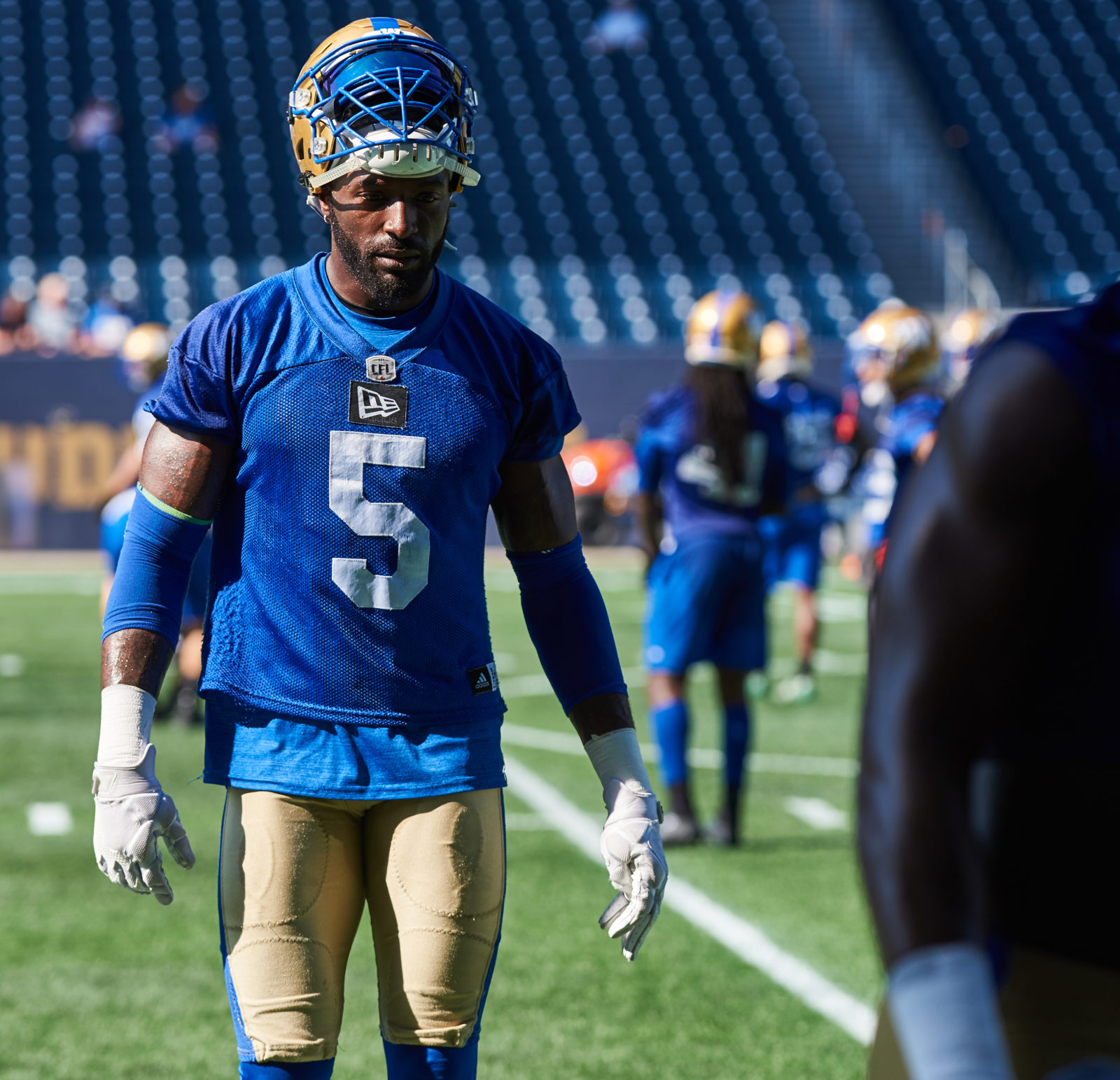 All that said, winning is clearly the antidote for any squad, particularly one that has dropped three in a row and fallen from first in the West Division to third. But Jefferson isn’t preaching only about appreciating the game and living in the moment, he’s also offering a big-picture take that could be critical for the Bombers to remember as they ready for Saturday’s home date with the Montreal Alouettes.

“We’re in the playoffs. Now it’s about getting back that vibe, that mojo, that feeling we had at the beginning of the season before going into the playoffs,” he said. “We’ve lost three tough games, but you have to come in here and go to work like the next game is going to be a turning point for us.

“It will only take one spark for this team to get going again, whether it’s a defensive takeaway or a big offensive touchdown or a touchdown or takeaway on special teams… all we need is a spark and that could ignite the whole team.

“Right now we still have the opportunity to take first place in the West and get homefield advantage in a playoff game. There’s still a lot to fight for and our end goal is still in sight. So, every day you’ve got to wake up with the mindset to come in here loving the game and playing it like it’s our last day. If we do that, we’re going to be good.” 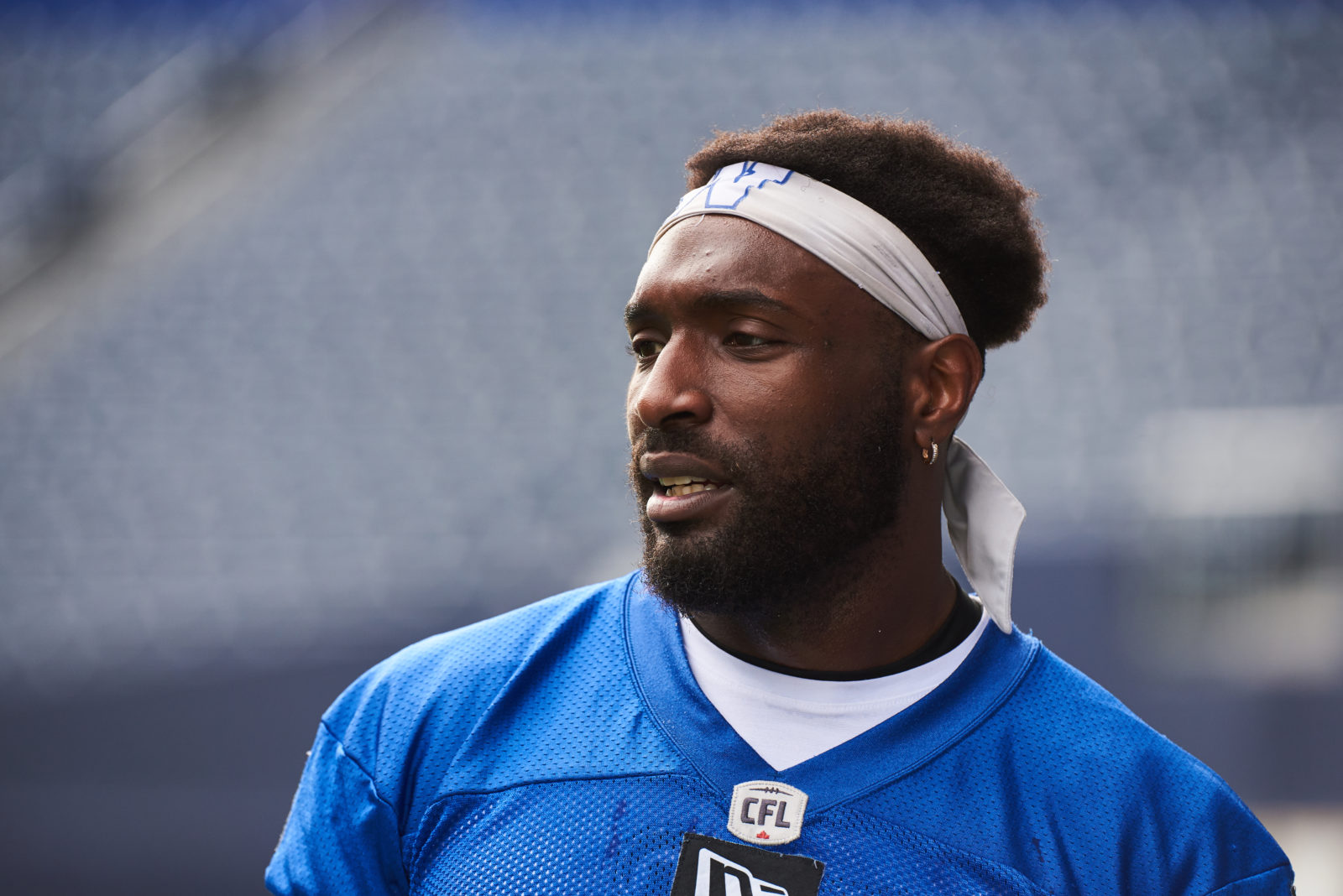 The Bombers completed their final full workout in preparation for Saturday’s game against the Als behind closed doors on Thursday. Here are some of the notable notes and quotes from the media availability in this week’s 48-Hour Primer…

The weather conditions changed dramatically for the Bombers Thursday morning as they conducted their practice on a snow-covered mess at IG Field. And not a single soul was complaining publicly.

Asked about the conditions, Bombers head coach answered with one word: “Perfect. Whether we’re running the ball or passing the ball, the weather is going to be perfect.”

Pressed to elaborate later on ‘perfect’, he added:

“You’re never going to hear me say or the players say (the weather) was a factor. I’m not going to stand up here after a game and say the weather was bad. The weather is perfect. You’ve got to embrace it. Whether we’re a passing team or a running team, it should make no difference. We’re going to take whatever Mother Nature throws at us and have fun with it. It’s football weather.”

“I don’t think about whether it is an advantage or not, but I’m definitely excited about it,” added running back Andrew Harris. “I hope it keeps snowing for the next three days here and I’ll be geared up. Maybe I’ll go snowmobiling on Sunday.”

Harris, the CFL’s rushing leader, said he does like running on a snowy field.

“Absolutely. It’s something I’ve always enjoyed doing. As an offence I always feel like you have an advantage when it’s slippery and wet like this because you know where the ball is going, you know the direction you’re going and the defence is trying to react to things.

“Anytime it’s slick and the footing is off it’s always an advantage for the offence.”

A Montreal loss or tie on Saturday would secure first place in the East Division for the Hamilton Tiger-Cats and mean they are hosting the East Final on November 17th… The Bombers’ opponents in their last three games – Montreal and Calgary X2 – combine for a won-lost record of 26-16, the toughest winning percentage for any team’s remaining schedule… O’Shea indicated that WR Darvin Adams practised on Thursday and should be good to go on Saturday against Montreal.