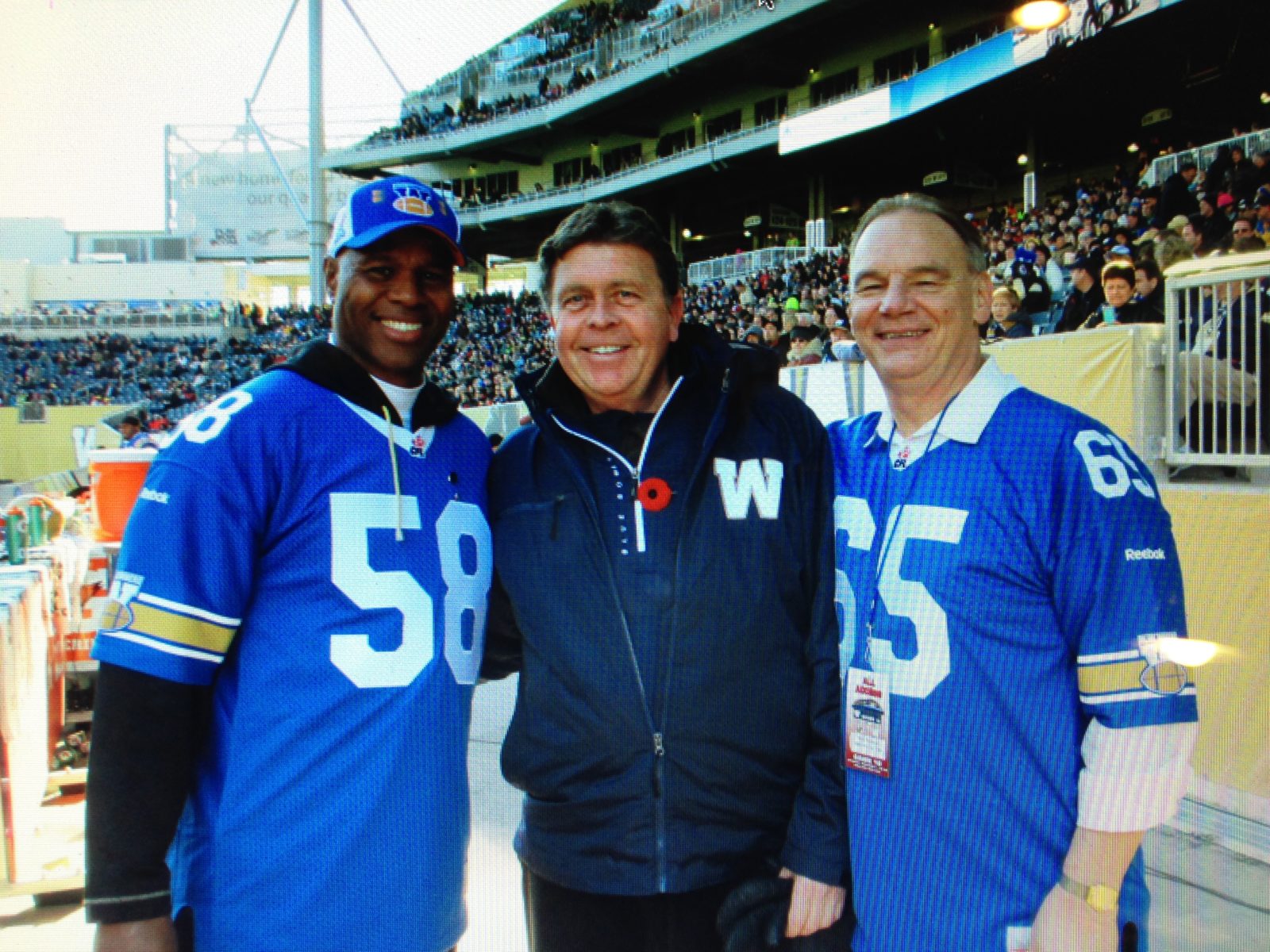 The Winnipeg Football Club will officially welcome two new members to its Hall of Fame next week: Less Browne, who played for the Bombers from 1989-91 and served as an assistant coach from 1999-2004, and Dr. Bert Longstaffe, a team physician for 45 years. This is the first of our two profiles on the new inductees.

It was a single phone call back in July, yet it has opened a vault of memories for Dr. Bert Longstaffe and a family that has a long association with the Winnipeg Football Club.

Longstaffe was at work a few months ago when he took a call from former Bombers’ President Reg Low, now the chairman of the club’s hall of fame, with some news: Longstaffe, a physician with the team for 45 years, was being inducted into the shrine in the builders category.

“I’ve got some great memories,” began Longstaffe in a recent chat with bluebombers.com. “When Reg called it was the middle of an office day and I was just flabbergasted. I wasn’t expecting anything like this. After it happened I’ve had many occasions to think about it and all I can say is, ‘Wow. What an honour.’

“To me the reward was just to have the privilege of being with the team all those years and getting the unique insight into a very important part of our sports fabric. To be on the field and all those experiences… that was the reward.”

One of Winnipeg’s most respected surgeons, Longstaffe began his run with the team in 1972. The team had been using a number of volunteer doctors and specialists at the time, when Earl Lunsford and Gary Hobson – the Bombers GM and assistant GMs at the time and acting upon a recommendation from Dr. Robert Tucker – approached a 25-year-old physician with an idea.

“Chuck Badcock, the trainer at the time, wanted a closer liaison with a doctor and having an ear, nose and throat guy on the road wasn’t necessarily a great help unless somebody got tonsillitis,” explained Longstaffe with a chuckle. “I was glad to be able to learn and be with the club all those many years.” 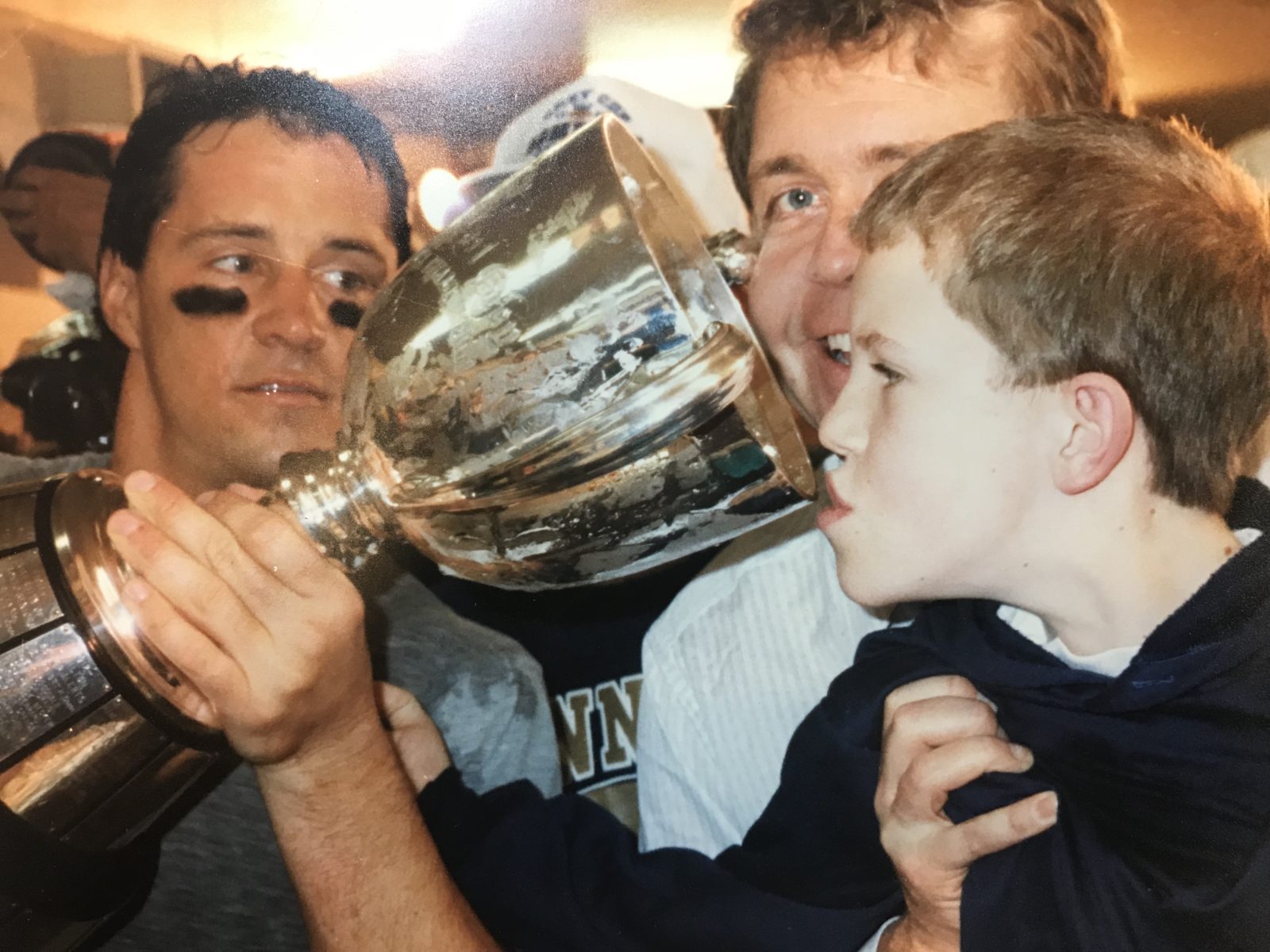 “My affiliation with the Bombers basically spans my entire medical career because I was a first-year resident in surgery in 1971 and began with the team in ’72. It was my pleasure to be working with the team for that long… three Grey Cups and lots of memories.”

The Longstaffe family’s affliation with the Bombers goes much deeper than just Bert’s 45 years with the team. His grandfather, A.E. (Bert) Longstaffe, served as the club’s president in the 1940s and he remembers his grandmother washing the team’s jerseys.

Dr. Longstaffe’s son James, is currently one of the team’s doctors and his brother-in-law, Dr. Peter MacDonald, is the team’s head orthopaedic surgeon.

“I remember when Jim said as a kid, ‘I’d like to work with the Bombers,’” said Longstaffe of his son. “I’ve got a nice picture of him sipping from the 1988 Grey Cup as a young kid. One time we were in Edmonton when he was a teenager and we were at the West Edmonton Mall during the day because it was a night game and one of the Bomber defensive backs was there and met us. Jim had just got off the roller coaster and so he talked the player into going on the roller coaster with him. Later on at game time the guy was still queasy.”

Longstaffe has three other children – Scott, who works at Assiniboine Park; Robert who is also a surgeon with experiences with the Colorado Rockies and will be starting at the Pan Am Clinic next March; and daughter Heather, who is a speech pathologist. Longstaffe’s wife Sally is a pediatrician.

“The long association with my family and the football team has always been there,” said Longstaffe. “I didn’t go searching out to work with them, I just think it was ordained somehow.

“It’s funny, my granddad was known for quoting Shakespeare all the time. So, whenever I would see Cactus Jack Wells (the long-time play-by-play voice of the team) on the road, he would call me ‘Shakespeare.’ It was always, ‘How you doing, Shakespeare?’

“I’ve seen a lot of changes, a lot of interesting things. My memory bank is full and the years have marched by.”