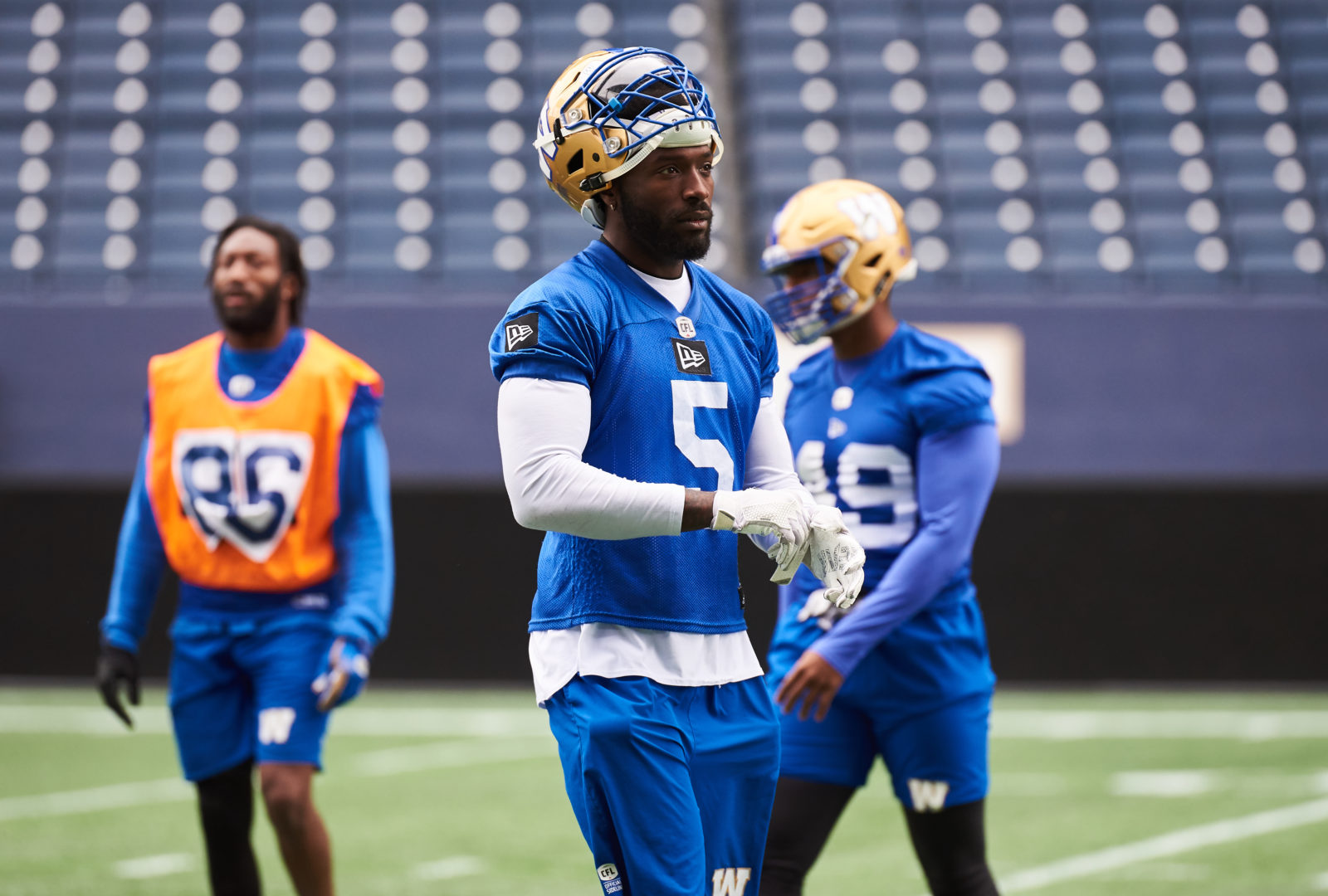 REGINA – Officially, it is a Week 17 contest on the Canadian Football League schedule. Game 73, if you’re counting them up for some unknown reason.

But for the Winnipeg Blue Bombers and Saskatchewan Roughriders Saturday’s matchup at Mosaic Stadium is much bigger than just a number and an early-October contest with both teams already having secured postseason spots.

It’s a chance to move closer to a home playoff game for both clubs, as their season series is tied 1-1 after the two sides split the Labour Day Classic and the Banjo Bowl showdowns last month. And while the Riders want to keep their recent run rolling – they are 8-1 in their last nine, the lone blemish the 35-10 loss in Winnipeg – the Bombers will be attempting to rediscover their mojo after losses to Montreal and Hamilton.

“It’s going to be a great atmosphere, no doubt about it,” said Bombers quarterback Chris Streveler Friday afternoon at the team’s media availability at Mosaic Stadium. “The fans always bring a lot of energy. We try not to put extra emphasis on games, but we know there’s a lot going into this game – going against a West opponent, West rival, for the standings it’s obviously a very important game for both teams.

“But we try to break it down on a day-by-day basis and a week-by-week basis and focus on what we have to do on a day-to-day basis to get better and be prepared. I think we’ve had a good week.”

Added Andrew Harris: “It’s getting close to playoff feel, especially when you’re trying to get the season series and this could have implications on where you stand. It’s not quite playoffs, but it’s damn near close.” 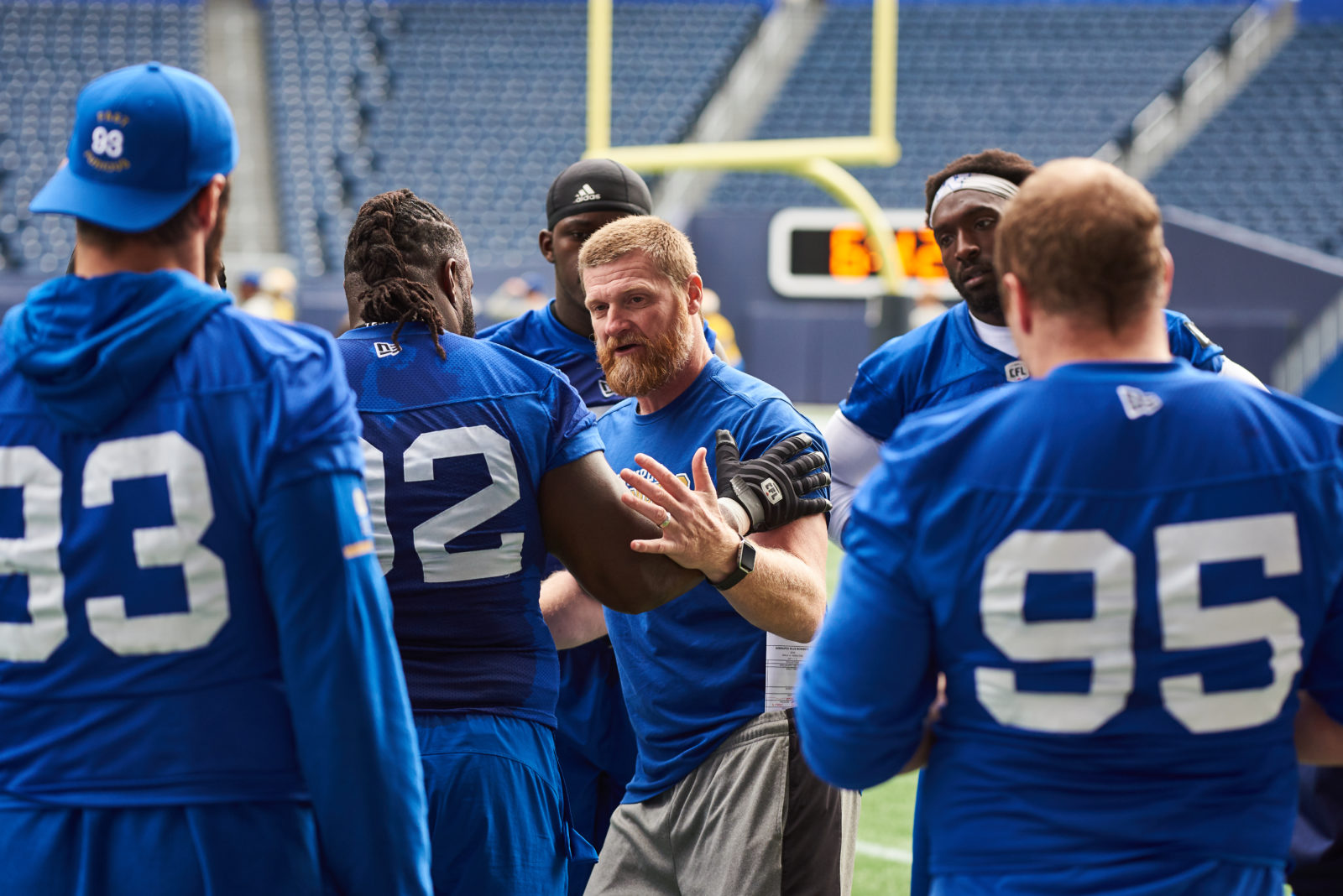 HALL OF A QUESTION:

The Bombers have practised all week without defensive coordinator Richie Hall, who is away from the team dealing with a personal matter.

Bombers head coach Mike O’Shea has been asked a couple of times this week, including again on Friday, what the club’s contingency plan might be if Hall isn’t available to call plays. And he won’t tip his hand.

The Bombers secondary will feature faces in new places on Saturday, with Brandon Alexander returning from the six-game injured list and replacing Jeff Hecht at safety, with Marcus Rios moving into Anthony Gaitor’s Dime spot and then Nick Taylor making his Bombers debut in the halfback spot Rios has patrolled.

The Bombers have been lit up for over 800 yards passing and seven TDs in the last two games, FYI.

Asked to weigh in specifically on each change, O’Shea offered this assessment: 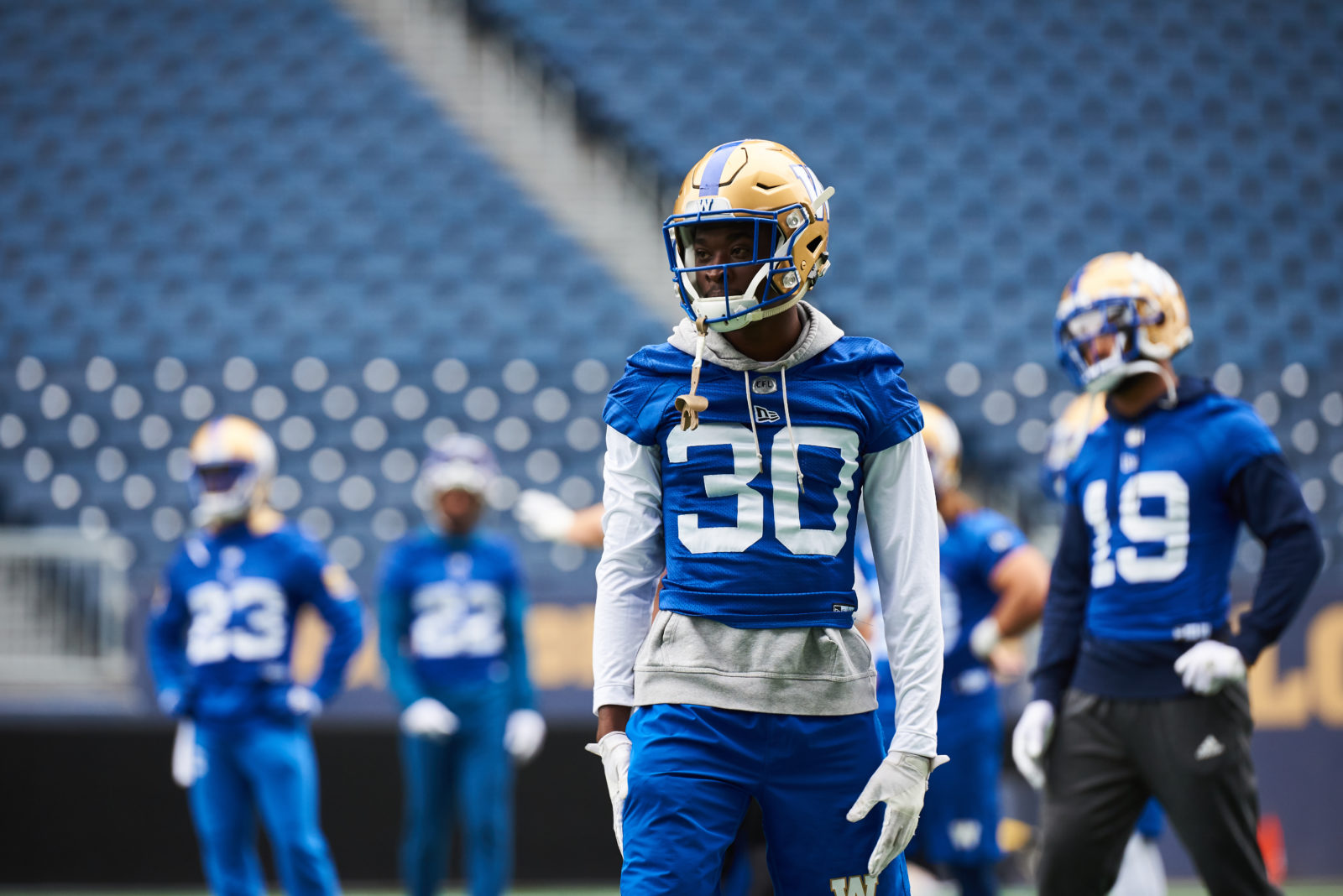 “Marcus Rios moving up to Anthony Gaitor’s spot… he’s a bigger, more physical body type. We’ve moved him around, he’s played that position before and we’ve had the benefit of moving guys around and playing them at different spots. Then, his understanding of being on that side as the field halfback and then the Dime, being a ‘field’ position guy he’s seen those route combinations a little more, so his line of sight would be in that same direction all the time.

“B.A. moving to safety… he’s always shown a tremendous work ethic, he’s got a great ability to communicate, he’s always talking. He’s the guy who is helping run the meetings when they get on their own and he does a tremendous amount of study on his own.

“Nick Taylor… he’s played the game, he’s seen the CFL and he does bring an element of familiar communication from his experience.”

And here’s Bombers cornerback Winston Rose when asked if the changes represent a ‘challenge’ for the secondary:

The Bombers and Riders are meeting for the third time in six weeks, following the Labour Day Classic and Banjo Bowl in early September.

“When you play a team back-to-back and then this much in such a short time you kind of know what the other team is about,” said Streveler. “We know what they’re about. We know they’re a great defence. They’re physical, they’re fast, they make a lot of plays. We’re prepared for that.

“They’re a great team, we know they’re going to play hard and we’ve got to match their intensity.”

Andrew Harris and William Powell, the Roughriders RB, have finished 1-2 in the rushing race in each of the last two years – with Harris edging him out to be the two-time defending rushing champ.

Powell told reporters in Regina the two backs have a competitive relationship and will occasionally send each other clips of runs.

“I just respect his game, I think he’s a great player, “ said Harris. “I obviously watch a lot of film on the opposing defences and he’s in those clips. Whenever I see a great play – not every time, but I have sent him clips – out of respect. He’s a great player.”

Harris spoke on Friday of the Bombers confidence they can still pound the ball, even when defence’s know the run game is the offence’s bread and butter. But he also touched on what he’s seen from Streveler in the passing game of late, too.

“He’s also grown and continues to grow with his passing attempts and the confidence he has and LaPo (offensive coordinator Paul LaPolice) has and the team has around him. ,” said Harris. “It’s a double-edged sword in the aspect that if they are going to stack the box (put more defenders closer to the line of scrimmage to stop the run) then we should be able to find guys. In the same breath, regardless of if they know we’re going to run the ball or where it’s going we should still have success because we do have the guys who get it done.”