“I’ve got a lot of good people around me.” | Nichols ready to help Streveler, rehab 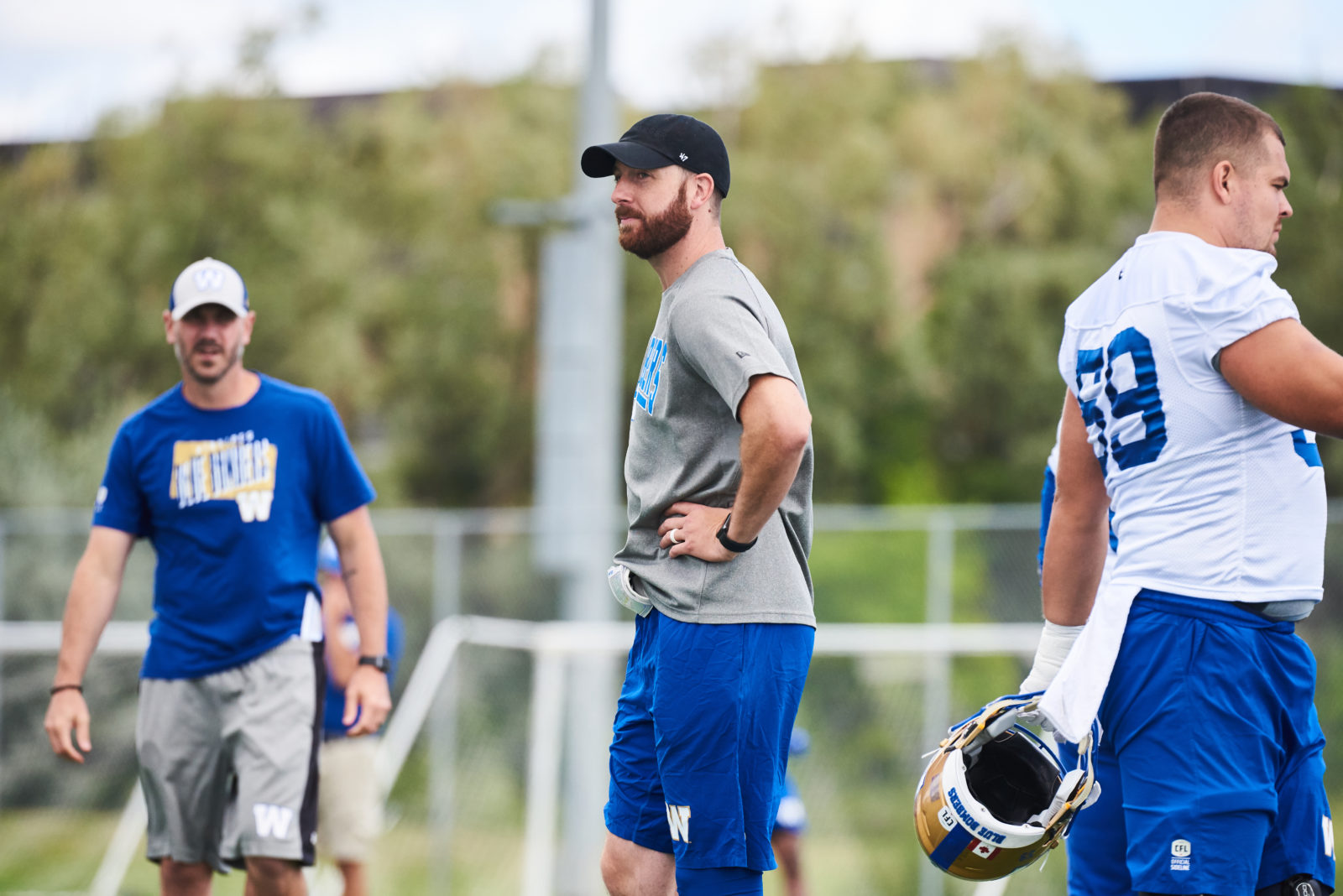 “I’ve got a lot of good people around me.” | Nichols ready to help Streveler, rehab

Chris Streveler’s voice has been heard loudest in the Winnipeg Blue Bombers huddle for five games now, dating back to mid-August.

But that transition from one offensive alpha male to another isn’t always clean, or cut and dried. And it wasn’t until last week – and season-ending shoulder surgery for Matt Nichols – that there was clarity at the quarterback position for the Bombers. There had been fingers-crossed Nichols might return for a late-season push to the playoffs before last week’s news quashed that scenario.

That’s what made two scenes which unfolded in Bomberland Tuesday so intriguing.

First, there was Nichols speaking with the media for the first time since going under the knife in a press conference that pushed 14 minutes and touched on everything from the surgery, to rehab to his impending free agent status and his future with the team.

And later, following practice, there was Streveler also meeting with the media and trying to fixate solely on this Saturday’s critical matchup in Regina against the Saskatchewan Roughriders and not any big-picture take. Streveler, as many already know, is also in the final year of his contract.

First, Nichols, who had been rehabbing his shoulder before suffering ‘a turn’ last week.

“It’s definitely disappointing, unfortunate. It was one of those scenarios where it was borderline,” Nichols began. “I wanted to do everything I could to give myself a chance to continue to play this year and it got to the point where it wasn’t going to be possible.

“I’ve had success in the past in similar situations and had it work out and played no problem. So, I was hopeful for one of those situations and unfortunately it wasn’t a scenario where I was going to be able to return and play this year. It was going pretty well. I don’t want to get into too many details about it, but it hit a point where it took a turn and it wasn’t going to work.”

The Bombers were 7-2 with Nichols at the controls, and although his yardage totals weren’t jaw-dropping, his touchdown-to-interception ratio was a gaudy 15:5, while his 107.2 quarterback efficiency rating continues to lead all Canadian Football League pivots.

Now he enters an offseason that not only will include rehab on his throwing shoulder – he insists he’ll be good to go by next year – but also negotiations on a new contract whether that’s here in Winnipeg or elsewhere. 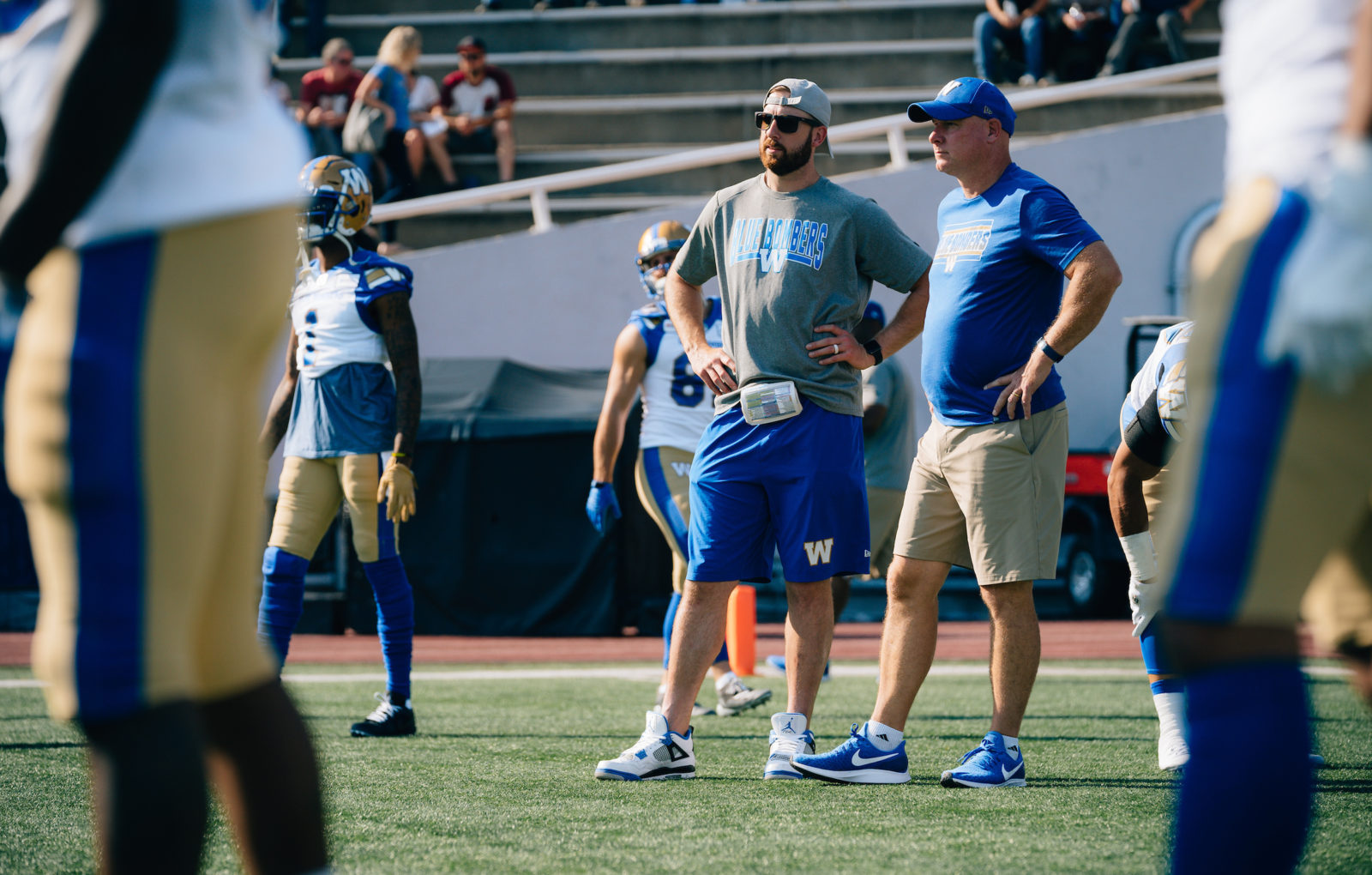 “We tried to get something done before the season and the CBA (negotiations on a new CFL-CFL Players’ Association collective bargaining agreement) played into some of that,” said Nichols. “We’re in-season right now and it’s not really the time I guess to get into much of that talk. We’ll have plenty of time once the season ends to get into those talks. Again, that’s something that’s out of my control. I love it here. I’d love to be back but we’ll see how it all plays out.

“It’s unfortunate, but I expect a full recovery. I’ve got a lot of good people around me. I’ll just get ready for next year and as a quarterback I feel like I’m in the prime of my career and having a career year and I expect to have a lot of good football in front of me.”

His right arm in a sling, Nichols said he has had contact with former B.C. Lions quarterback Travis Lulay, who also suffered a shoulder injury, and has had conversations with other players who have had to deal with the same issues.

In the meantime, he will continue to serve as a mentor, and essentially as another coach for Streveler, as well as Sean McGuire and newcomer Trevor Knight in the Bombers QB room.

“He’s a big-time leader and the guys want to follow him,” Nichols said of Streveler. “I think he’s progressing. He made some big-time throws last week and this game comes down to being on point every single snap and he understands that and is working extremely hard to be better and better and help this team win games.

“I’m proud of the way he’s performed and the way he handles adversity and all those things. There’s a lot to be proud of. I’m going to continue to work with him and help him be better each and every week.” 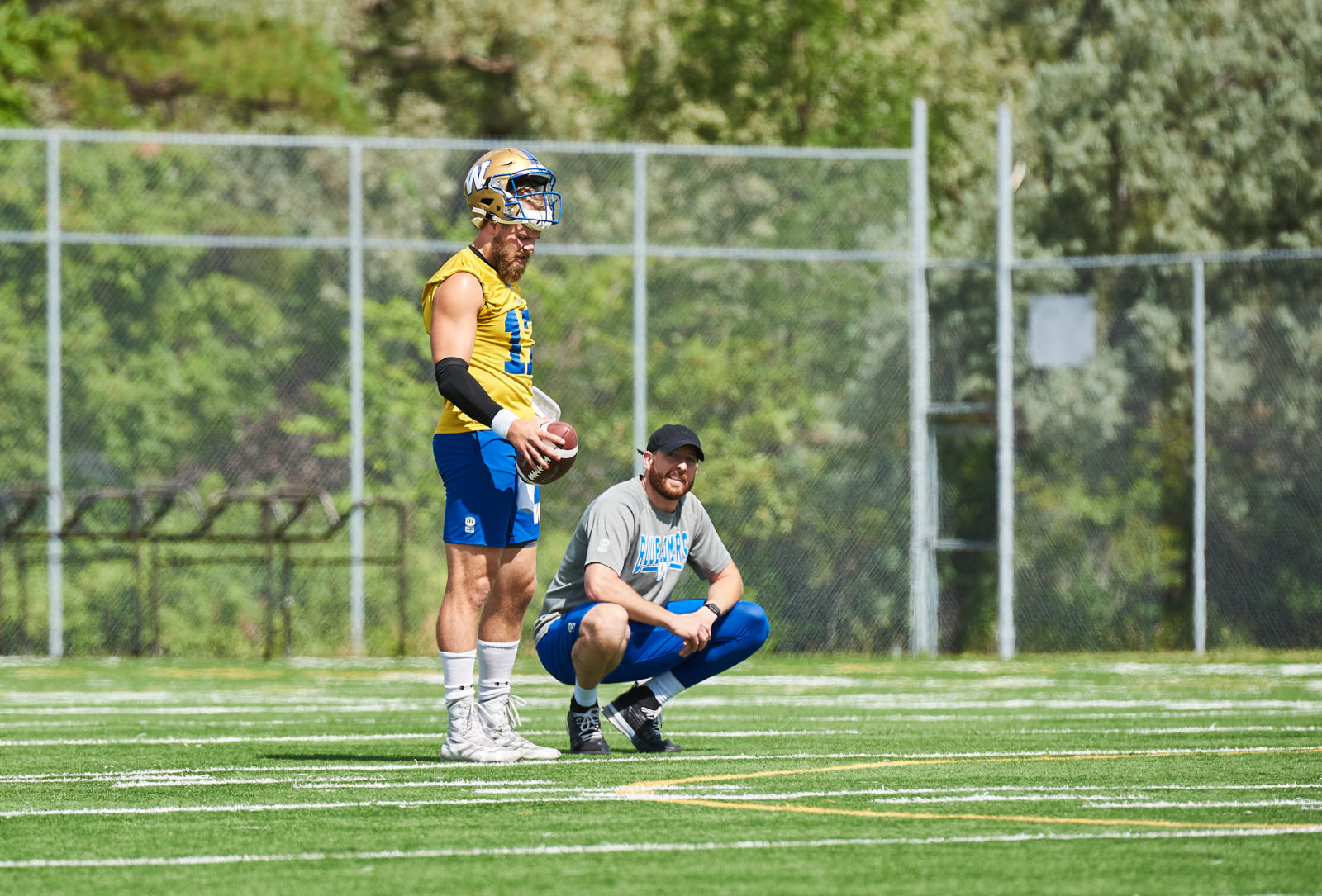 The Bombers are now 2-3 with Streveler at the controls, but last week’s loss to Hamilton was the first of his starts where the club wasn’t in a position to win in the fourth quarter. Winnipeg held a late lead against the Riders in the Labour Day Classic before a game-winning drive was capped by a Brett Lauther field goal, and carried a 20-point lead into the fourth quarter in Montreal against the Alouettes before their epic meltdown.

Again, though, it’s not like Streveler has been suddenly parachuted into the offence and asked to lead. He started four times and saw action in every game last year has now taken the first snap in nine games for the club.

“Nothing changes for me,” said Streveler. “I’ve kind of said this since Day 1 and even during camp and back to last year: you’ve got to prepare every day like you’re the starter and go through your process and that’s what I’ve done.

“Obviously, from a team standpoint there’s a lot of disappointment for Matt. We all know how much he puts into this on a day in/day out basis and what a great teammate and leader he is for us. So, we all feel for him. But that’s part of the game.

“It’s a tough situation, but nothing really changes. I know Matt will be there helping not only me, but the entire team as a whole.

“… Playing in games and even reps in practice you build a little comfort there, too. That’s continued to get better every single week, every single day this year. So, in terms of the rest of this season I’ve got a lot of confidence in everyone on this team and I hope guys have confidence in me as well. It’s been fun growing together with those guys.”