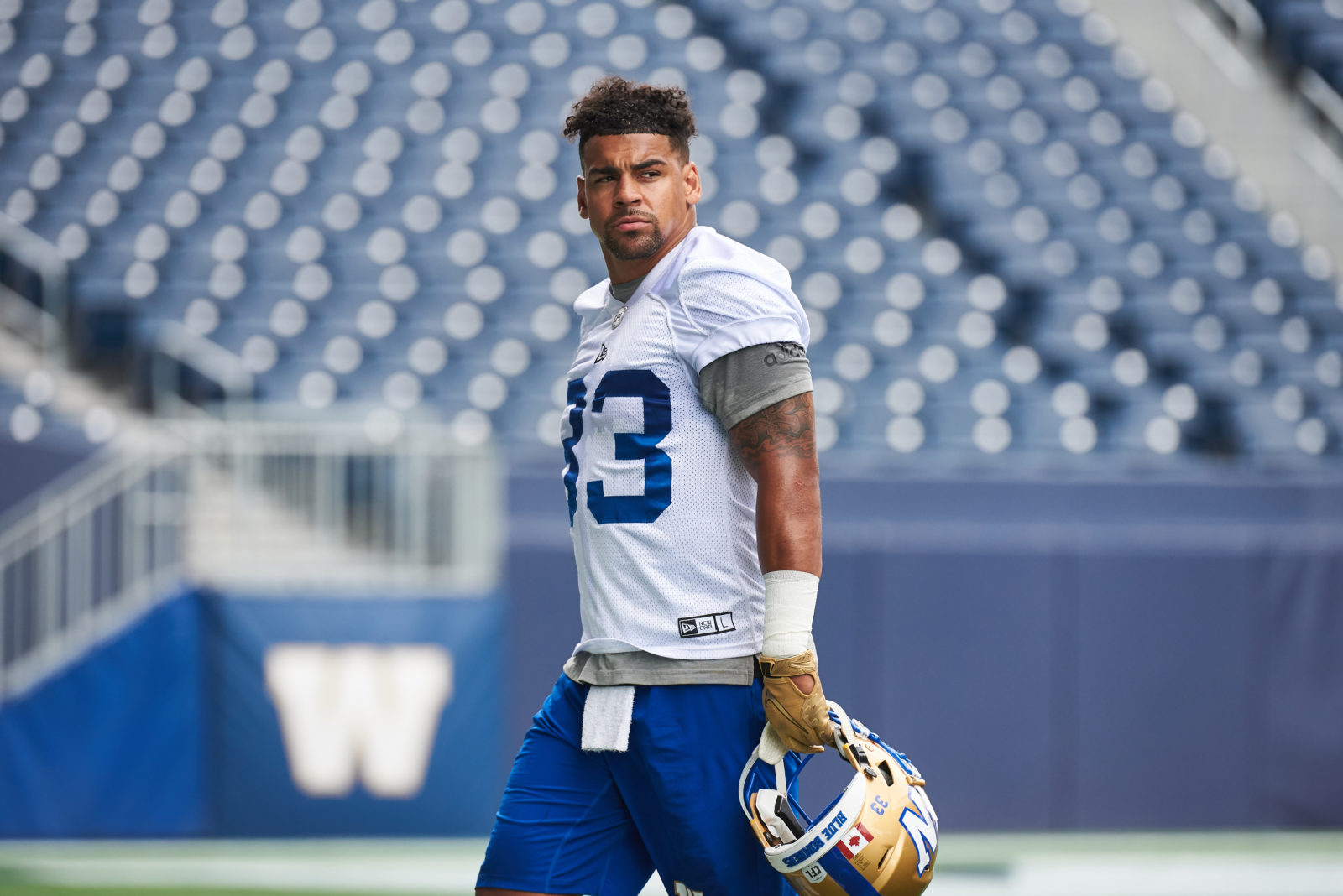 MONTREAL – The Andrew Harris who was angry enough to spit rust earlier this week has found another level fury as he readies to return to action for the Winnipeg Blue Bombers.

Harris was already PO’d as the Bombers embarked to Montreal for Saturday’s match-up with the Alouettes, and by the time the club arrived in Quebec, comments from veteran defensive end John Bowman just further stoked his competitive fire.

Bowman told reporters in Montreal on Friday this:

“Any cheater deserves to get what they get. If it was up to me, he’d get suspended longer. But that’s the way the CFL and the drug enforcement agency did it. Whatever he’s got to say, no excuses. ‘Cause I know if it was anybody else, everybody would be piling on them. Just because it’s one of Canada’s favourite sons, we’re not going to take it easier on him, either”

Bowman also said “I’ve been playing this game clean for 14 years. I’ve struggled to get my 130 sacks. To see somebody achieve something, and now it puts in question how long he been doing it? What has he done before? Because he’s won the Most Outstanding Canadian Award in the past. Was he clean that year?”

For the record, Harris has been tested repeatedly over the years and more than any other Bombers player since he signed in 2016. He had also been tested twice this season before his July 12th test, 10 days after another clean test, revealed trace amounts of a banned substance. 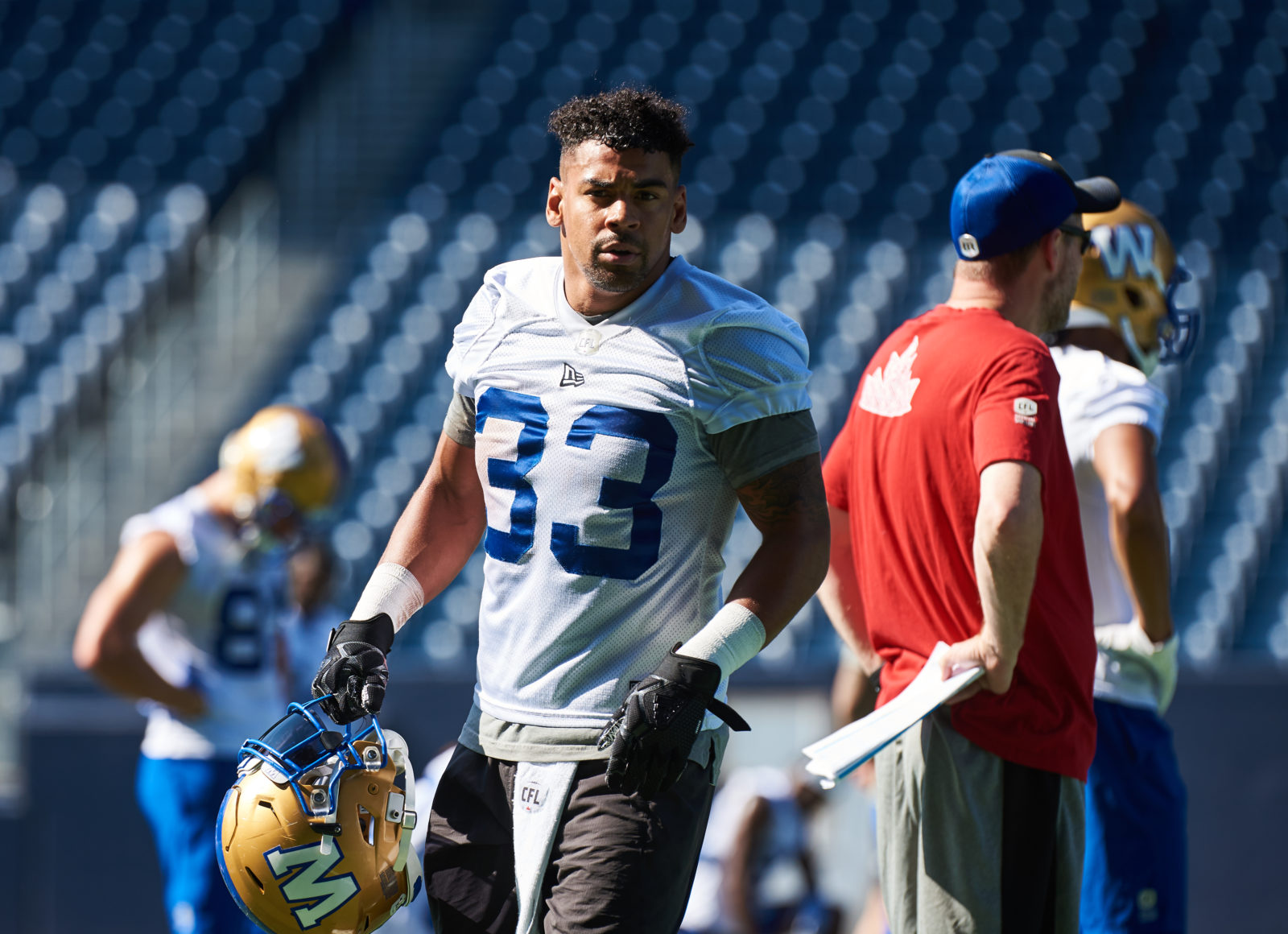 Asked for a reaction to Bowman’s comments when the team held its media availability at the team hotel in Montreal, Harris said:

“it’s ignorant as hell. Just look at the facts. But it’s just adding gas to the fire right now. So, thanks John.”

Harris was then asked if he was surprised and then if he was disappointed in Bowman’s comments.

“Not really,” Harris said. “Again, people are going to take the opportunity to jump on someone whenever they can and this is just more proof of that. We’ll see him on the field tomorrow.

“I can’t be disappointed in anything at this point now. It is what it is. Like I said, it’s just adding gas to the fire. You kick me when I’m down, you spit on me… I don’t appreciate it and it gets me going.”

Later, he added this:

Harris returns to action Saturday after serving his two-game suspension. He knew he would be getting some blowback from opposition fans and players, and offered this if he thought this kind of commentary would follow him for the rest of the season or if it is just an anomaly.

“I was hoping that this would be something that wouldn’t go on and after the two weeks it would be kind of forgotten,” Harris said. “But obviously people still want to talk about it for whatever reason and it’s just something I’ll have to deal with.”

Harris also fielded another question about whether the suspension would tarnish his reputation.

“People might read a headline and think that, but if you actually look at the facts, if you actually look at what it is and what’s been going on, the amount of times I’ve been tested, the trace amounts, it proves this was unintentional,” he said. “So, if people want to think this is something I’ve been doing or this is who I am then they’re just ignorant to the facts and that’s their own problem.

“As far as my image, I guess we’ll see. This stuff is something I’m going to have to live with and as hard as it’s been it’s just going to continue to be tough for me and people obviously don’t give a rat about that… it’s a tough time, but I’m just trying to get through it.”

Pat Neufeld’s last game for the Bombers along their offensive line came in the West Final last November. So, heck yeah, the veteran guard is ecstatic to be back on the field after missing the first two-thirds of the 2019 season.

“I’m extremely excited,” said Neufeld. “I’m probably going to have to temper my emotions a little bit. I just can’t wait to get back on the field, wear the ‘W’ and go play some physical football.

“It is hard (to wait), but I just tried to help as much as I could on the sidelines, whether it was in practice or games, and try to help those guys see the things I was seeing and give some tips and cues as to what they could do to help themselves out during the game.

“Now it’s taking all that, putting it on the field and knocking the rust off as quick as I can and play the brand of football I was at last year.”

Neufeld was injured while working out just before the opening of training camp and was on the six-game injured list for two stints. He said ‘little things’ were happening that were impacting his progress during treatment.

He returns to the starting lineup at the right guard spot – he played primarily left guard over the last couple of years – with Geoff Gray and Tui Eli both listed on the depth chart as reserve O-linemen.

“I’ve played a lot on the right side in my career, played a lot of right tackle and in 2014 and ’15 played right guard as well,” said Neufeld. “I’m excited to get out there and play beside Mike (Couture) and Yosh (Jermarcus Hardrick), and go play physical and go play fast football.”

Bombers head coach Mike O’Shea when asked if he believes Harris is ‘innocent’ and why: “Yes. Absolutely. I’ve been around him for a long time and I see how much he works. I know how many times he’s been tested. It’s pretty easy to stand behind him for those reasons.”