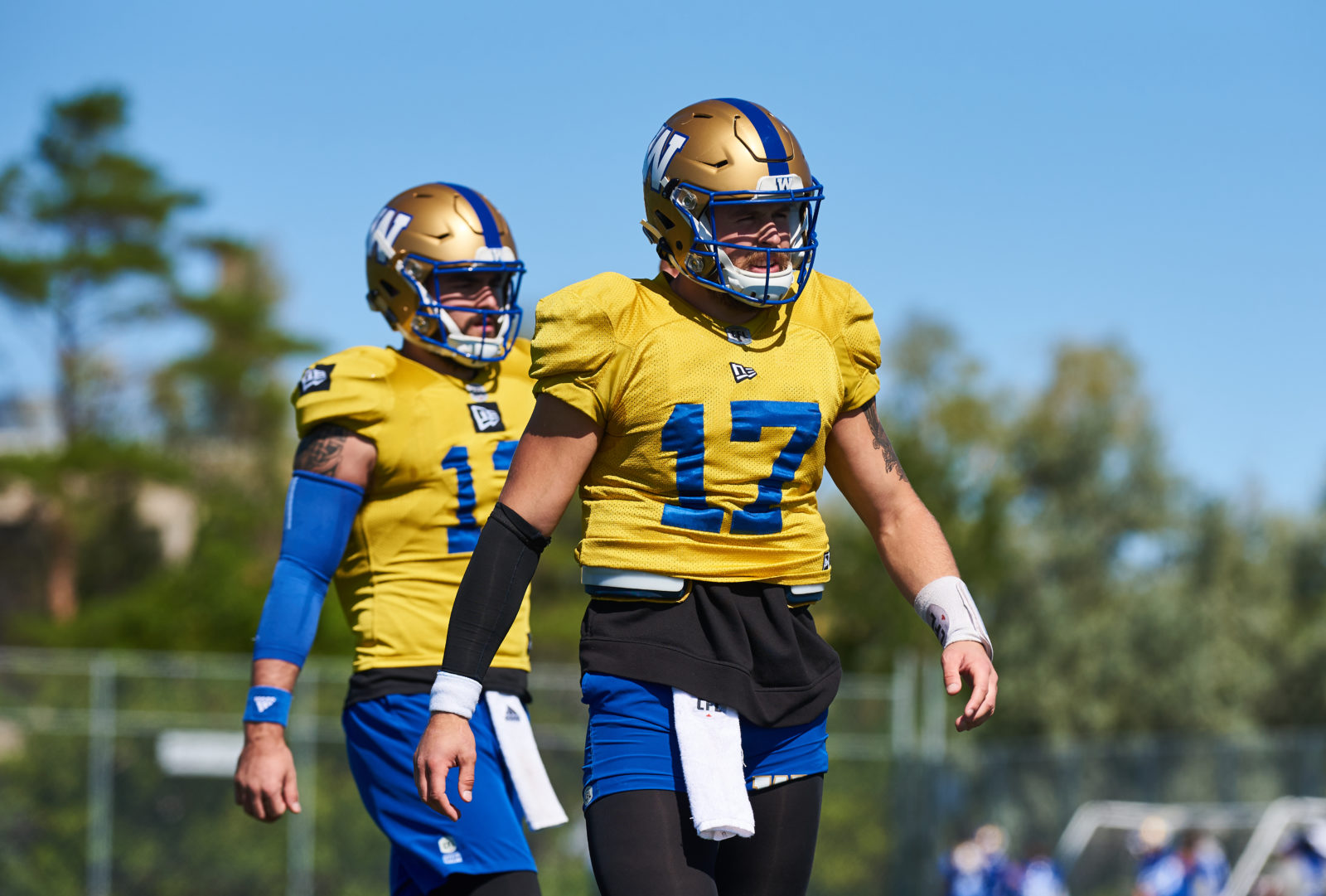 It’s hardly a trend or a series of numbers the Winnipeg Blue Bombers will celebrate.

And – as they have said repeatedly over the last few months – it’s not anything they will fixate on, either, especially if the wins keep coming.

The Bombers have now gone five games, including Sunday’s 19-17 loss to the Saskatchewan Roughriders in the Labour Day Classic, with passing totals under 200 yards. First and foremost, the club’s record is 3-2 over that stretch, but the offence is looking for more finish and more consistency in its aerial attack – especially with the Riders here for the Banjo Bowl rematch on Saturday.

“What we are passing, when we are passing the ball, let’s execute better,” said Bombers offensive coordinator Paul LaPolice on Monday when asked about the 200-yard stat and its significance. “I don’t know what that yardage comes out to, but when we’re throwing the football, let’s do it the right way. Let’s make sure we’re doing it. Whether we need more yards and all that… sure, I’d love more yards. I’d love more yards running. Everything. But that’s everything we’re looking at. 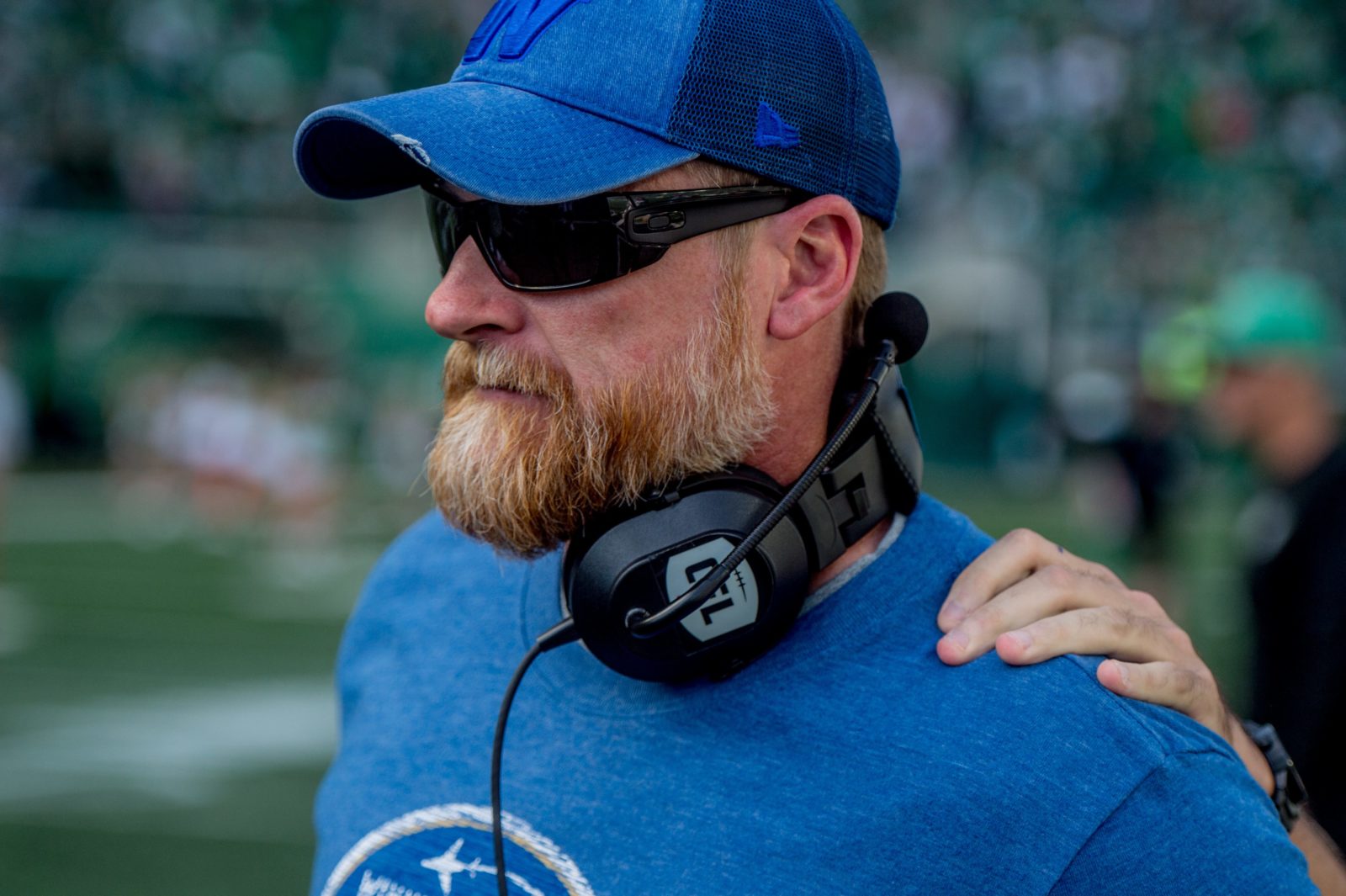 The Bombers did show progress after an atrocious first quarter on Sunday that saw the offence finish with minus 10 yards of net offence after three two-and-out possessions, including an interception. The Riders had the ball for 10 minutes and 45 seconds in the first quarter, and if not for some stout play by the defence, could have blown the game wide open but were instead up just 10-zip.

And from that point on the Bombers managed to find a bit of traction offensively, generating 21 first downs and 335 yards of net offence in the final three quarters. They also put the club in a position to win the game, with an 11-play, 63-yard scoring drive capped by a Chris Streveler QB-sneak touchdown that chewed up six minutes and 35 seconds and had the visitors up 17-16 with just over three minutes remaining.

The Riders then countered with an 11-play drive of their own that set up Brett Lauther’s game-winning 26-yard field goal with no time remaining.

Making his second consecutive start for an injured Matt Nichols, Streveler completed 16 of 24 passes for 161 yards with a TD strike to Kenny Lawler and two interceptions, while rushing 11 times for 65 yards and a score.

“As usual, there are things he’s got to get better at, but certainly saw some good things by him,” said LaPolice of the Bombers QB. “He made some nice plays in the pass game when they were trying to blitz him, made some nice throws and was able to pull the ball down and run. We’ve got to find more points.

“We were in field goal position and some penalties took us out twice of field goal position. Just executing. Just overall making sure we get points when we need them. I was proud we had that drive at the end, but we need more points in 12 possessions.” 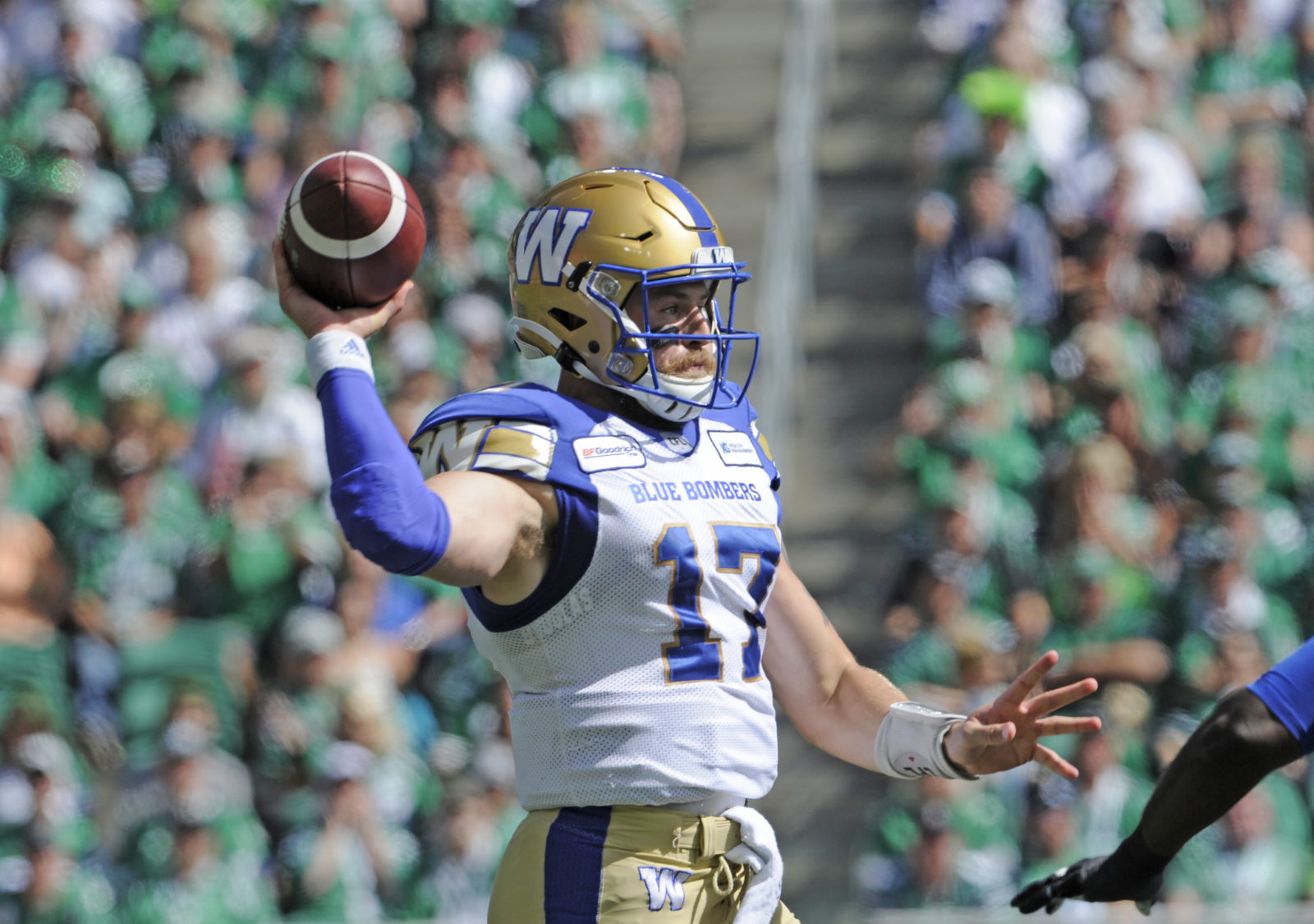 “You want to make sure however the points come – whether it’s field goals, whether it’s touchdowns – we did get two touchdowns on them but you’ve got to figure out ways to get more points.

“Certainly we can start better. You have three two-and-outs that could possibly be the first quarter and that minimizes how many plays you get. So, hopefully we can start faster.”

And while the offence lamented their slow start on Sunday, the defence is still dealing with the scars that came from their poor finish. Winnipeg was solid on the defensive side of the ball for most of the game – and especially in the second half – before Riders QB Cody Fajardo & Co. were superb in the game’s critical moments.

“I don’t think it’s frustrating, it’s more disappointment because we weren’t able to finish them off,” said Bombers defensive coordinator Richie Hall. “The whole situation – three minutes left in the game from their five-yard line and the way we’d been playing all day – I would have put my house money on that. We didn’t make the plays, I didn’t make the calls and we came up on the short end.

“We were waiting for other people to make the plays instead of stepping up and going to make a play ourselves. Instead of playing the way we had played the majority of the game, it seemed like we were waiting on somebody else. Therefore we were not as aggressive. We didn’t have that ‘it’ factor and we just didn’t do what we had to do to win the football game. It was very disappointing.

“I was encouraged by it, but then you look at it and it’s a 60-minute game, not a 57-minute game,” Hall added. “That’s the disappointing thing because we had an opportunity to win that football game. You couldn’t ask for a better scenario and we just didn’t finish.” 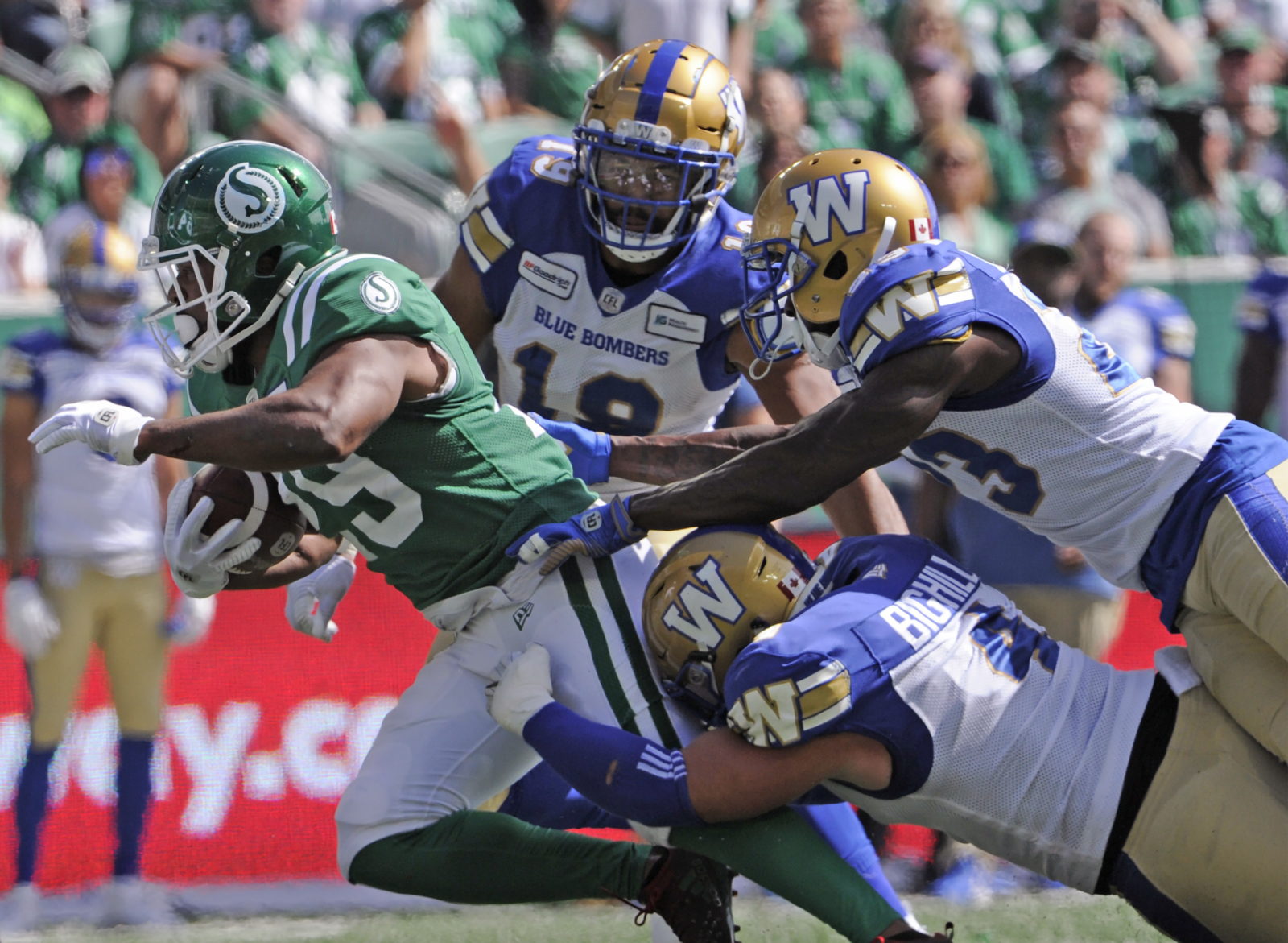 With the Bombers returning to practice Wednesday for their first session in advance of Saturday’s, here are some other items to help get you up to speed in this week’s NEED TO KNOW…

The Bombers bolstered their depth with the addition of two players on Wednesday, while releasing another.

Rose III (5-11, 195, New Mexico State) attended training camp this year for the Bombers before being released. The 23-year-old Fairfield, Texas product rushed for 4,558 yards in four years at New Mexico State before NFL looks from the Tennessee Titans and Los Angeles Rams.

Latour (6-4, 250, Sherbrooke) was released by the Montreal Alouettes in June. A long-snapping specialist, he also worked out for several NFL teams this past February in Phoenix.

Santiago had been taking reps along with Johnny Augustine with the No. 1 offence, but was injured late last week.

“Unfortunately he gets nicked up in practice and we need the spot to get another guy on the way our roster is shaking down right now,” said Bombers head coach Mike O’Shea. “It’s very unfortunate. We like John Santiago. We’ll see what happens in the future it’s just in those situations you need the spot.” 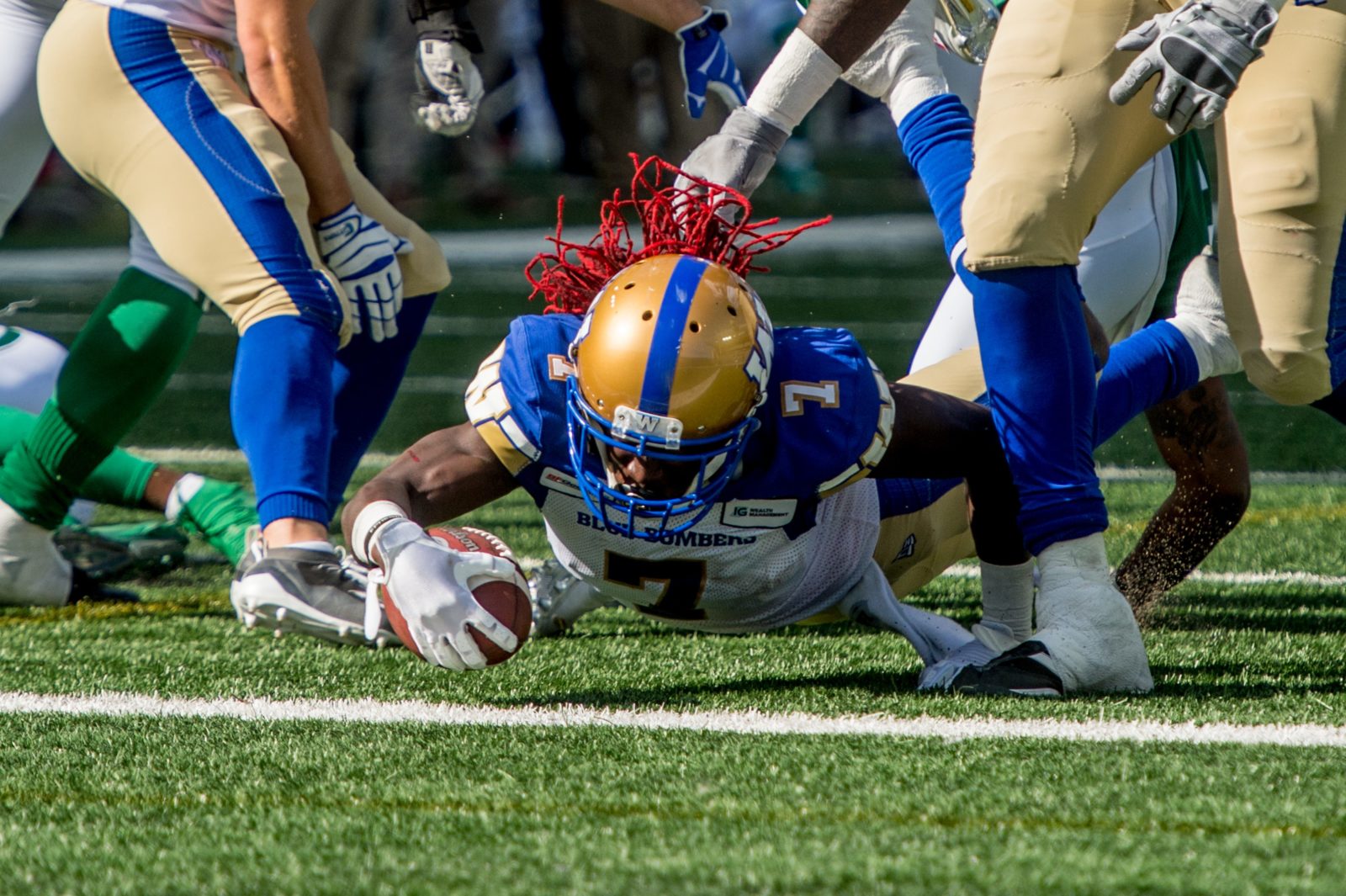 O’Shea was livid on Sunday about a hit on long-snapper Chad Rempel in the first half that saw him knocked over by Lavar Edwards of the Riders that saw him snap his head back when he hit the ground. O’Shea was seen yelling at the officials at halftime and at Riders coach Craig Dickenson after the game.

“Anytime you lose a guy, you don’t like it. I like our players and I like when they stay healthy,” said O’Shea on Wednesday. “So, when a guy’s got to leave the game… I just wanted to voice my displeasure and see where that took us, but it didn’t take us anywhere, really.”

TSN’s Dave Naylor reporting no supplementary discipline on Edwards, but the rule was altered this offseason in an effort to protect long-snappers who are in a vulnerable position after firing the ball back.

“Regardless of the rule, my interpretation and the way we do things is you tend to leave the long snapper alone and if the guy can cover you block him to make sure he can’t get downfield,” said O’Shea. “That’s the way I interpret things.”

As for the ‘discussion’ with Dickenson post-game, O’Shea added:

“I don’t have issues with Craig. He’s a good coach. He’s got his team playing extremely well. I think it was blown out of proportion.”

The Bombers opened their practice week minus WR Lucky Whitehead, while SB Nic Demski was in uniform but did not practice. Daniel Petermann and Rasheed Bailey worked in their places with the No. 1 offence.

Thursday’s practice session is closed to the media, so any further roster clues won’t likely be known until the depth chart is released on Friday. 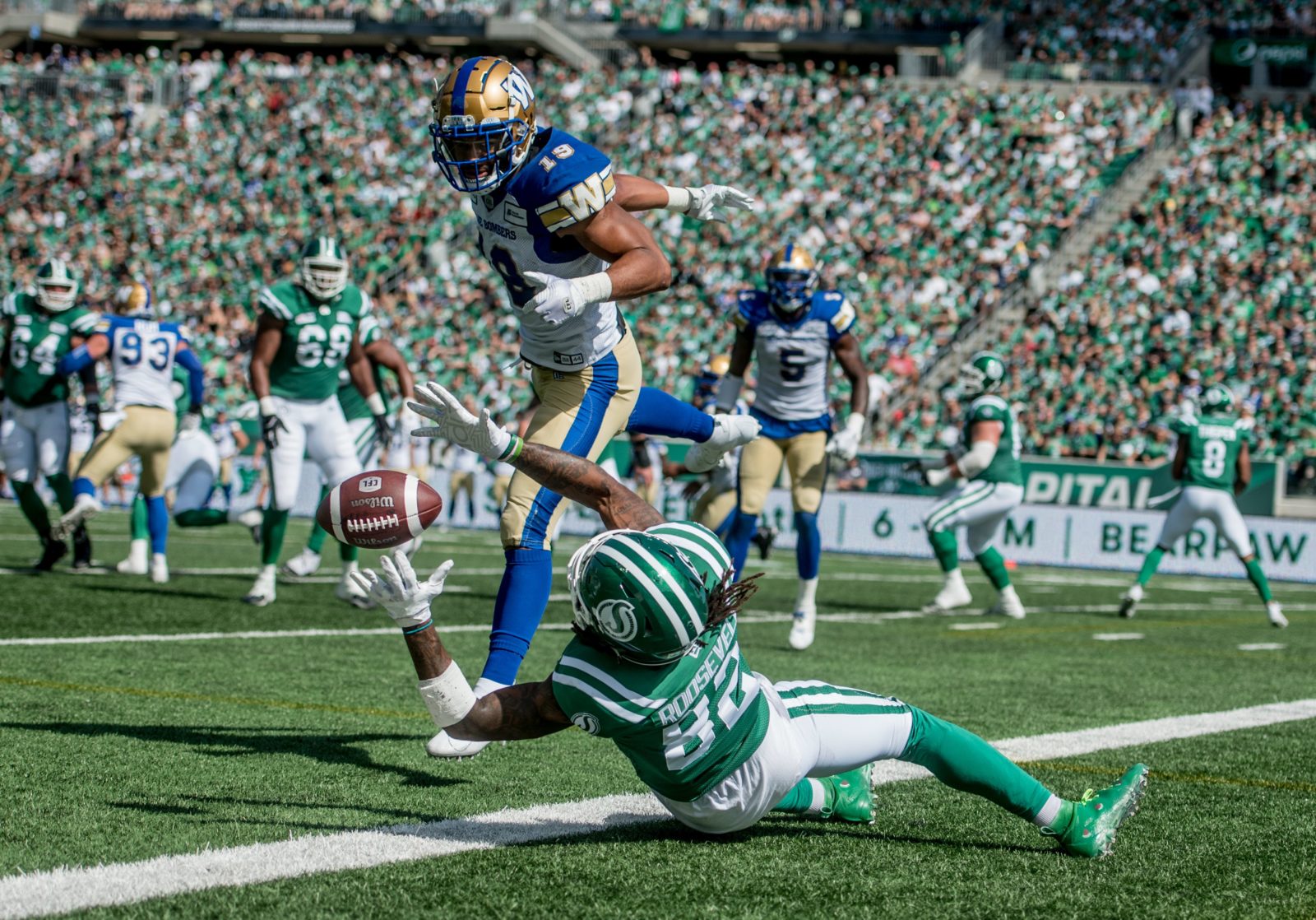 “They’re all tough. They’re hard to differentiate. If you get your ass kicked by a large margin it’s tough to take and you’ve got a lot of things to figure out about what went wrong. And when you lose by a couple points and you’re right into it until the end and carrying a lead late in the fourth, they’re tough, too. They’re different, but they’re both difficult.” – O’Shea.

One more from O’Shea, who was asked about reports that Matt Nichols could miss most of the regular season. Nichols was injured in the win over B.C. on August 15th and the club placed him on the six-game injured list, indicating he would be re-evaluated near the end of that stretch.