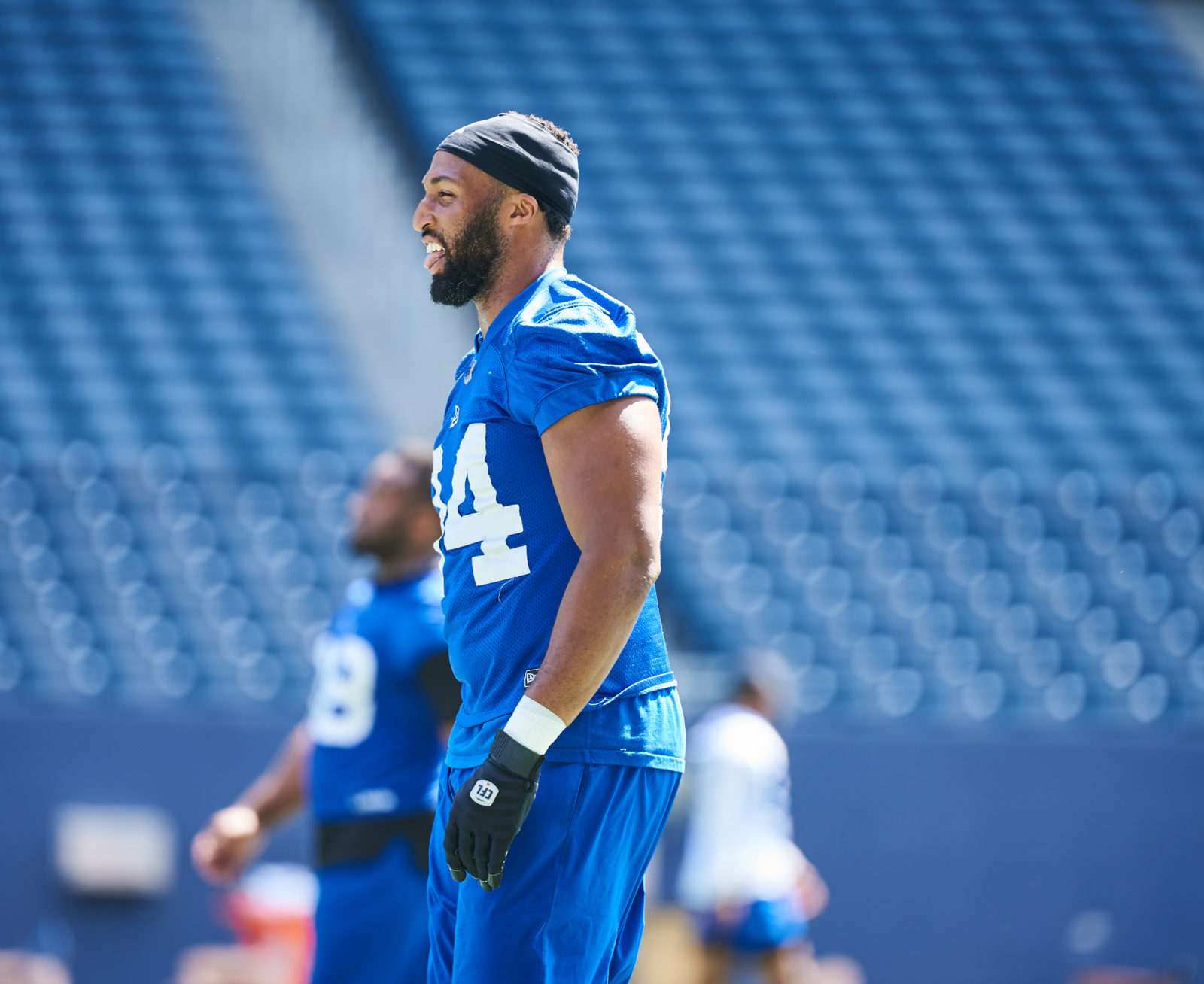 They have played a mammoth role in the Winnipeg Blue Bombers perfect start to the 2019 Canadian Football League season. And yet defensive coordinator Richie Hall still wants his group to put in the proverbial road work, hammer away on the heavy bag and keep grinding to get better.

“I wasn’t pleased with our defensive play the other night, but overall, I’m happy,” he said. “I’m encouraged by where we’re at right now.

“… Like I told them, I’m happy for you guys that we won and everything, but I thought it was our worst outing defensively this year regarding being sharp, being focused, doing the things we need to do.

“That started off in practice… I didn’t like the way we practiced last week and that carried over. I’m happy that we won, but we can’t have that kind of effort week in and week out and expect to win.” 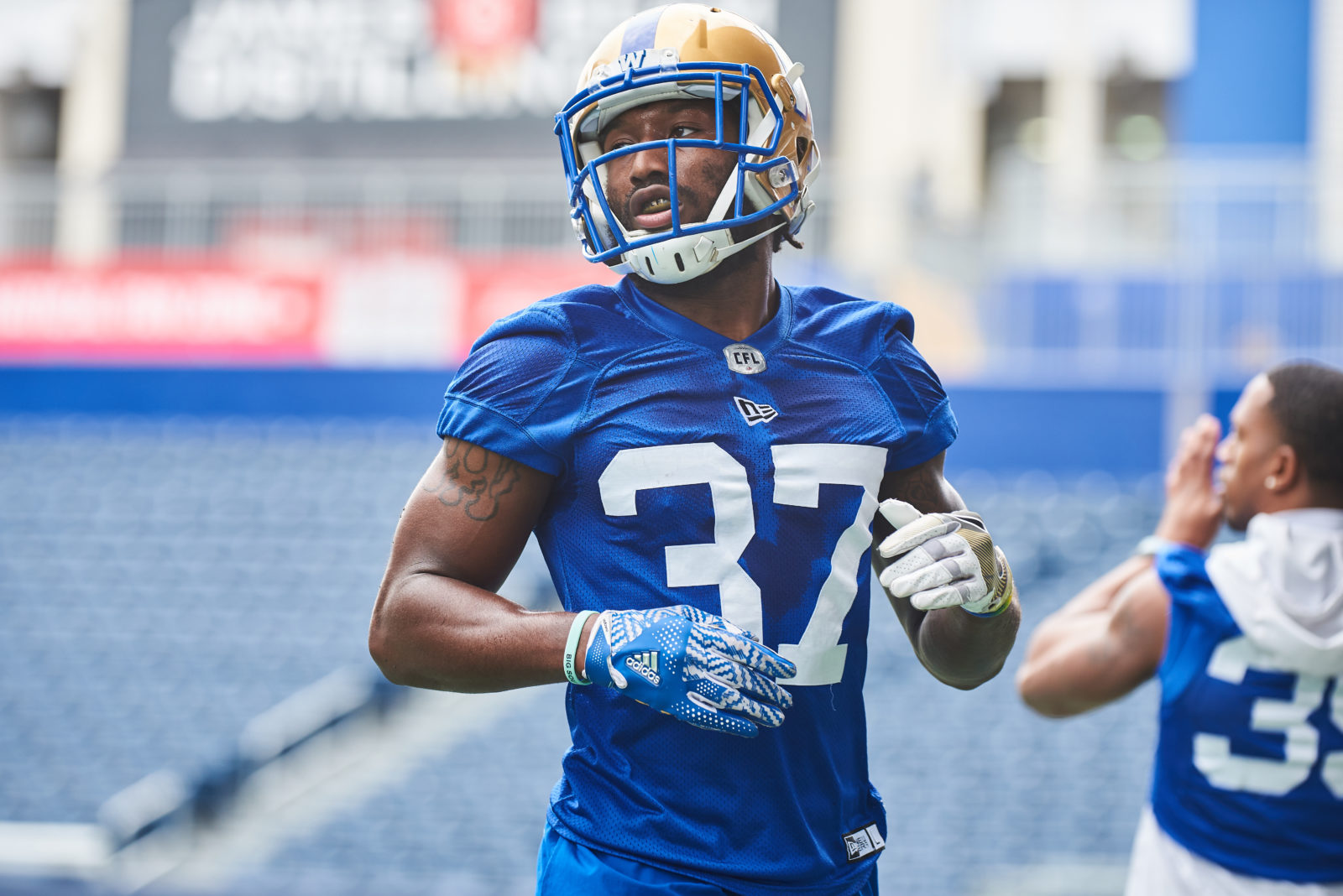 The Bombers held the Argos to six points in the first half of last week’s 48-21 win, but it was more than just Toronto’s push in the second half that has Hall pushing his troops.

“We’ve got to be sharper,” he said. “I don’t so much look at the wins-losses, I look at ‘Are we progressing? Are we going forward?’ And to me, we kinda took a step back regarding our overall play.”

The Bombers defence will likely be facing a different quarterback this week when they face the Ottawa REDBLACKS for the second time in the last three games. Former B.C. Lions starter Jonathon Jennings took first-team reps in Ottawa on Tuesday and is expected to replace Dom Davis at the controls.

“Jonathon Jennings has come into this league and in prior starts has had a lot of success,” said Bombers head coach Mike O’Shea. “I imagine he’s been taking in all the information and prepares to start every single week. As with any kind of change, there’s always an added spark if for no other reason except it’s change and it wakes guys up sometimes. We’ve got to be prepared for a reinvigorated offensive push from Ottawa.”

With the Bombers returning to the practice field Tuesday for their first session in advance of Friday’s home date with the REDBLACKS, here are some other items to help get you up to speed in this week’s NEED TO KNOW…

Bombers RB Andrew Harris was named one of the CFL’s Shaw Top Performers for his work in last week’s win over Toronto, with Hamilton’s Brandon Banks and Vernon Adams, Jr. of Montreal also being honoured.

Harris rushed for 116 yards on just 14 carries and pulled in five passes for seven yards – one for a TD – against the Argos.

The two-game suspension levied against Hamilton LB Simoni Lawrence was upheld by an arbitrator on Tuesday, meaning he will miss the Ticats game against Winnipeg on July 26th.

The Bombers released LB Nick Temple on Tuesday and added veteran Korey Jones in his place.

Jones has 65 CFL games to his name over six seasons with Edmonton, B.C. and Saskatchewan. Asked if the release of Temple was due to ‘off-field reasons’, O’Shea said: “Lots of factors go into any release. This one in particular, with respect to the parties involved, I’m not going to make any further comment on it.” 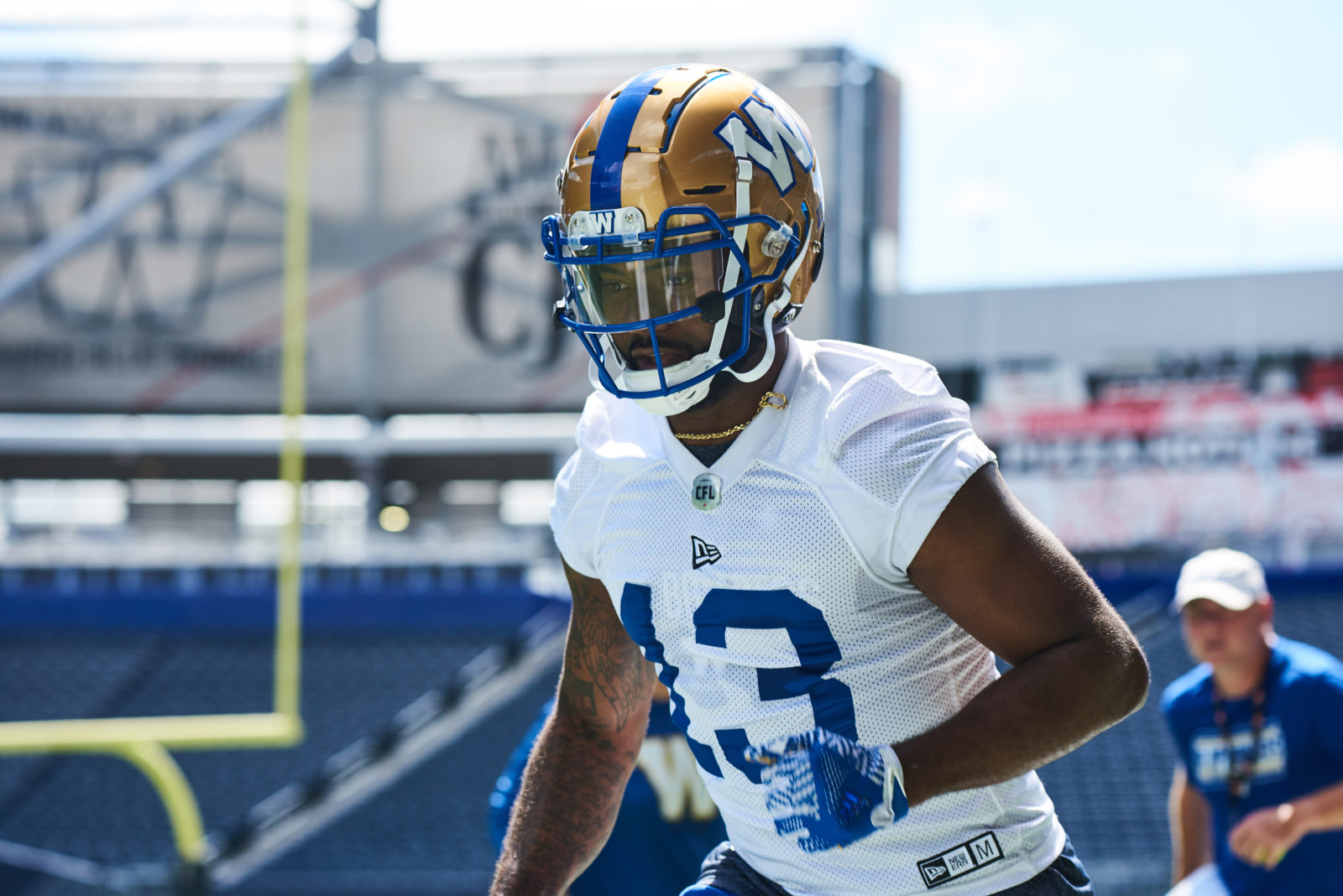 O’Shea never tips his hand when it comes to injury updates, but that doesn’t stop the assembled media from quizzing him daily for status reports. Here’s the give-and-take from Tuesday.

Craig Roh: “I think he should be good.”

Jeff Hecht: “Quite possibly… he should be good.”

Charles Nelson: “Need more time for that one to evaluate. Need more information.”

Darvin Adams: “Excused from practice (and expected back).”

Jesse Briggs: “I expect him to miss some time.”

All of the above, FYI, did not practice on Tuesday, but WR Chris Matthews was back working with the starting offence.

The Bombers were forced to adjust on the fly in last week’s win over Toronto when right tackle Jermarcus Hardrick had to exit the game. That forced Cody Speller to move from left guard to tackle, with rookie Drew Desjarlais moving into Speller’s spot.

“They’ve got six guys (dressed) and so any time there’s one man down they’re moving. They’re prepared for it,” said O’Shea. “(Offensive line coach) Marty (Costello) does a great job of making sure the players are comfortable in other spots. From there you trust them to be able to make all the same checks and communication, block all the same plays and get it done. We’ve got a scrappy bunch and you put them in a different spot where they don’t have as many reps, but they’re going to battle for their teammates to make sure they get it done.

“I thought Cody did a nice job. He’s a centre playing guard and he gets moved to tackle. So… he’s doing very well.”