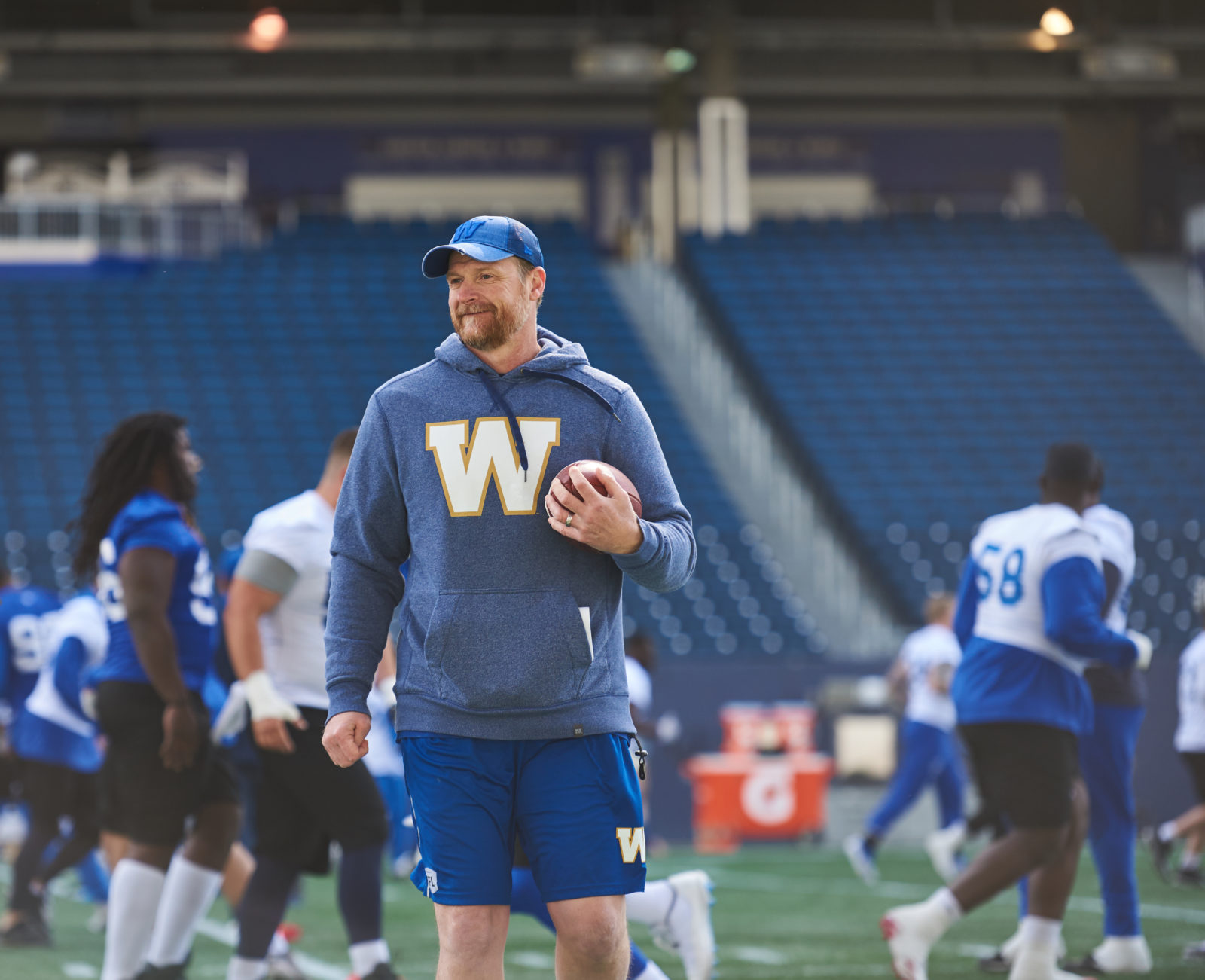 The Bombers are now through eight days of main training camp after their work on a chilly Sunday morning. Here are our daily collection of notes and quotes from the session…

THE MORE YOU CAN DO:

Chandler Fenner has spent the first 41 games of his CFL career banging around on the inside of defences here in Winnipeg and from 2016-17, with the B.C. Lions.

But over the last few days, the 28-year-old vet has been taking turns at the cornerback position, a spot he hasn’t played dating back to his college days at Holy Cross.

“It feels like a good spot for me. It feels very natural and I’ve been having a lot of fun out there and appreciate the opportunity,” said Fenner after practice Sunday. “It definitely feels like home again. I had a very easy transition. I had a lot of great practice at the dime, being able to read three receivers at the same time, being able to understand the audibles and adjustments that go with playing on the inside.

Fenner’s ability to play halfback, the dime – or strong-side linebacker spot – and corner makes him very valuable in what defensive coordinator Richie Hall wants to do schematically.

“I definitely take pride in being a versatile player,” said Fenner. “It’s a big thing for me to be a tool for my coaches so that they can use me in different situations. Just because I’m playing corner right now doesn’t mean I’m going to be there the entire time. There might be situations where they want to move me somewhere else depending on what they are trying to accomplish for that week.

“I just take pride in being able to move to different positions.” 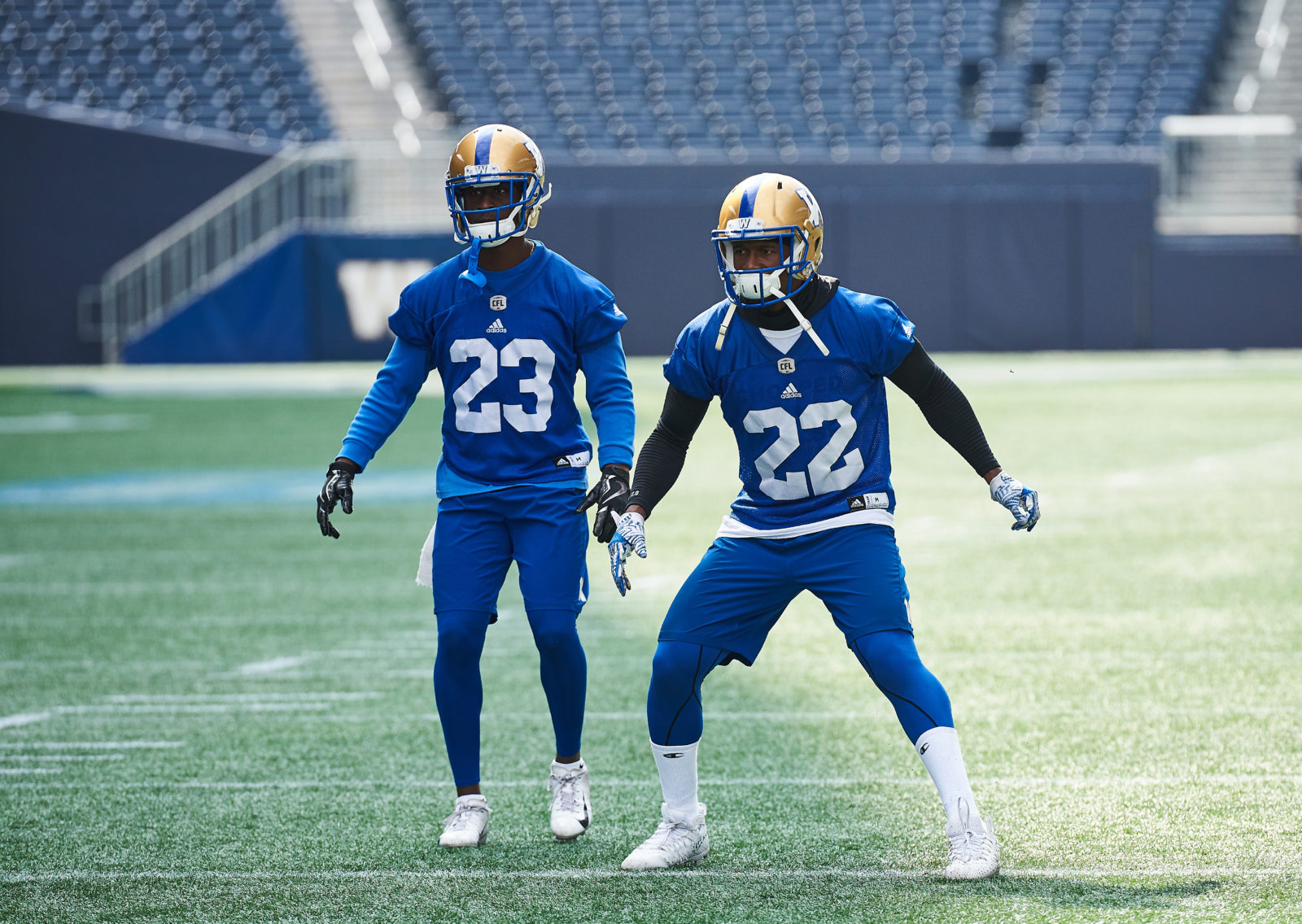 The Bombers added a couple of new faces to the roster in import defensive back Rannell Hall and import OL Tanner Farmer while releasing OL Kendall Calhoun and DB Christian Boutte.

Hall (6-1, 200, Central Florida), was last with the Orlando Apollos of the Alliance of American Football after bouncing around the NFL with Tampa, Cleveland and Atlanta.

Farmer (6-4, 325, Nebraska) made 11 starts for the Cornhuskers in 2018, including three at guard and eight at center. He wasn’t drafted this spring but did attend mini-camp with the Indianapolis Colts. Farmer won the Cornhusker Heart & Soul Award last year.

Bombers head coach Mike O’Shea was asked Sunday after practice about the status of OL Patrick Neufeld, who has yet to practice.

“I don’t think Paddy’s a guy that needs a lot of reps out there. It’s certainly more comforting for guys around him when he’s out there because he’s so smart and sees the game so well and communicates very effectively. The benefit is we get to see other guys and put other guys at different spots so you get to try some different combinations out. We’re holding him out because we know he doesn’t need this yet and we know as time goes on it’s going to be beneficial for him.”

NEXT: The Bombers will be back on the field Monday afternoon from 1:30-3:45 p.m. (time subject to change). Practice is open to the public.