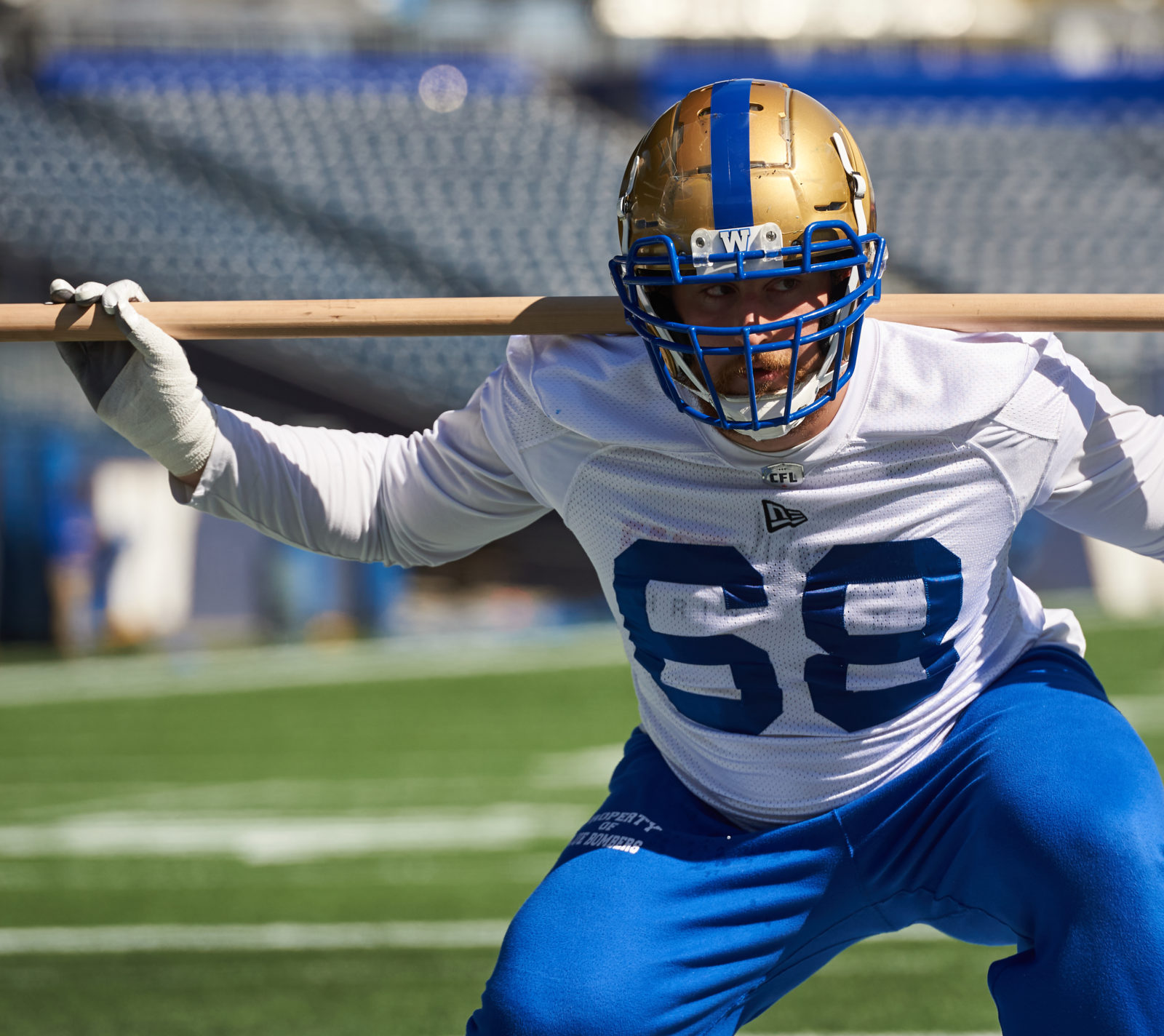 Geoff Gray is a large man whose 6-foot-6, 310-pound frame easily serves as a human shelter by blocking out the sun, the wind and/or the rain.

The Winnipeg Blue Bombers guard is a power-lifter on the side, and a guy who had jaws drop at his NFL pro day a couple of springs ago when he finished up his workout by hopping on a unicycle and then scooting around the practice field.

Oh, and then there’s this: the man’s mind is a powerful part of his overall package, too, as the University of Manitoba product is in the midst of completing his Master’s in Mechanical Engineering.

And here’s Gray in explaining his field of expertise:

“It’s a little different than what might people might assume. It’s in computation thermal fluids. Which means using computers to simulate heat and fluid flows often occurring in industrial power cycles, renewable energy.” 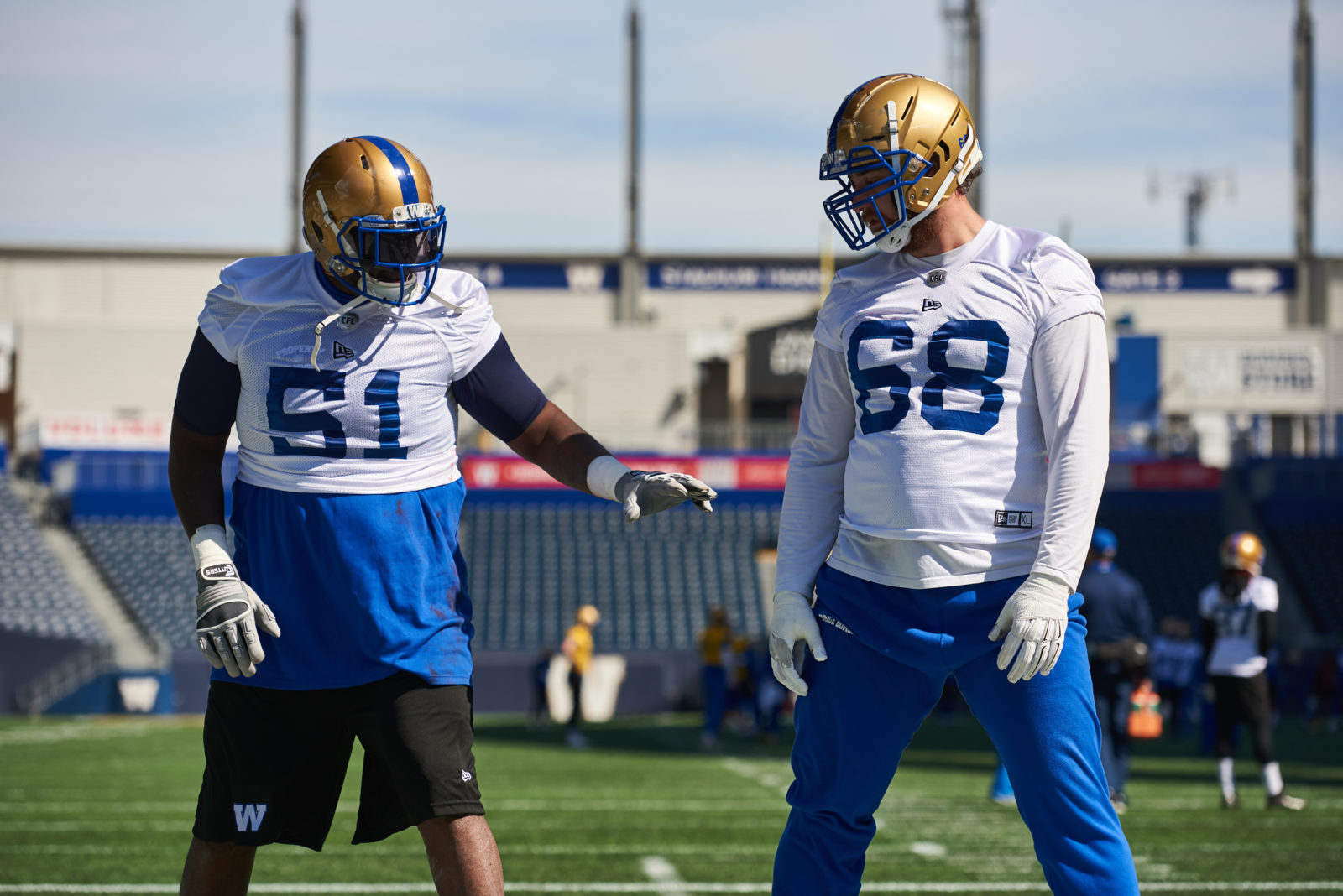 Gray needs three more courses to complete his Masters and down the road hopes to land a job in his field as a consultant, or working in academics. “Right now it’s just something I like to do on the side,” he explained. “And if you like it, you might as well do both. There’s nothing to say you can’t.”

All this, of course, is not prominent atop Gray’s current to-do list. He’s fighting for work now along the Bombers offensive line and certainly in the mix to start at right guard – the spot owned by Sukh Chungh since 2015. The club had been contemplating the idea of using an American there – meaning three would start along with tackles Stanley Bryant and Jermarcus Hardrick – but the work of Gray, along with Drew Desjarlais, Michael Couture, Cody Speller, Tui Eli, Ben Koczwara and Matthew Ouellet De Carlo could see an all-Canadian interior on the O-line.

That’s a big-picture take that Gray is happy to hear, but not ready to engage in discussion just yet. There may be a real opportunity for him to start, but he’s only allowing himself to think about his next practice, his next rep.

“My big thing is it’s been a while since I’ve had pads on,” said Gray. “ I just want to go out here in training camp and play well, have fun and develop as much as I can. Obviously you know what the roster situation is, but that’s not something that’s changing anything I do on the field.” 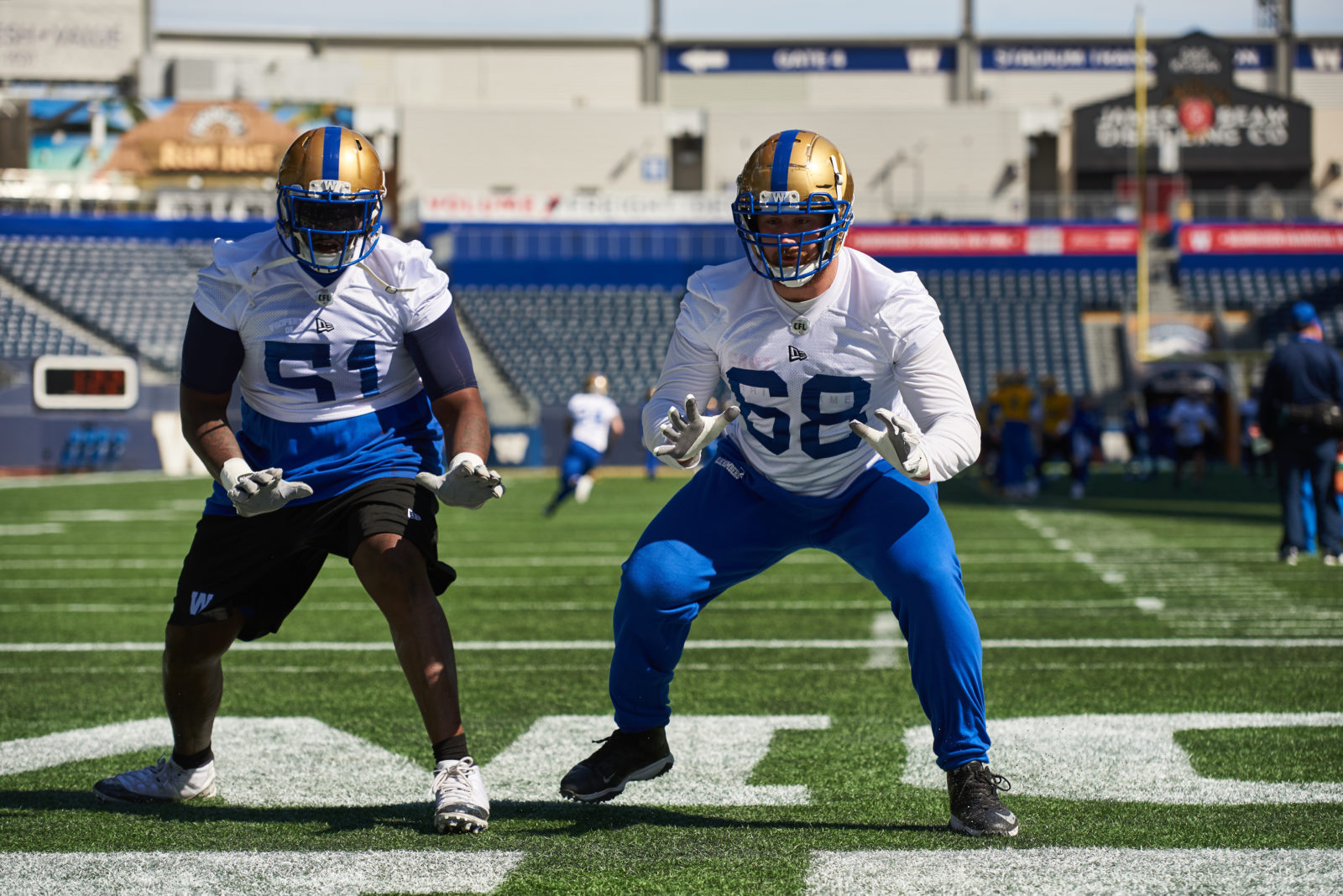 A Bombers first-round pick in 2016, Gray joined the team last October after NFL stints with Green Bay, the New York Jets and Cleveland. And he believes that stretch last fall – which included playing in the regular season finale in Edmonton – was vital in the attitude he took into camp this month.

“It definitely helped in that the offence has carried over from last year and for me to come in here now, I’m certainly more familiar with everything,” said Gray. “This is a great offensive line with a very good mentality in the way they approach the game. It’s become super evident and when you look back to that playoff game in Saskatchewan at the end of last year – there are lots of good offensive lines, but not many that play that way. It’s definitely something I want to be a part of and show I can do it as well.”

Gray’s physical tools undoubtedly will serve him well. But it’s his ability to learn – to take coaching and then apply the changes to his game – which make him such an intriguing prospect for the Bombers.

And the fact that this is all happening in his own back yard, where he can literally walk across the street to further his studies in the field of computation thermal fluids? Bonus.

“I’m the type of person who likes to be settled in one place,” said Gray. “I definitely learned a lot when I was down (in the NFL) and it was a good experience, but I’m totally happy being back here and this is where I want to be going forward. This is ideal for me.”