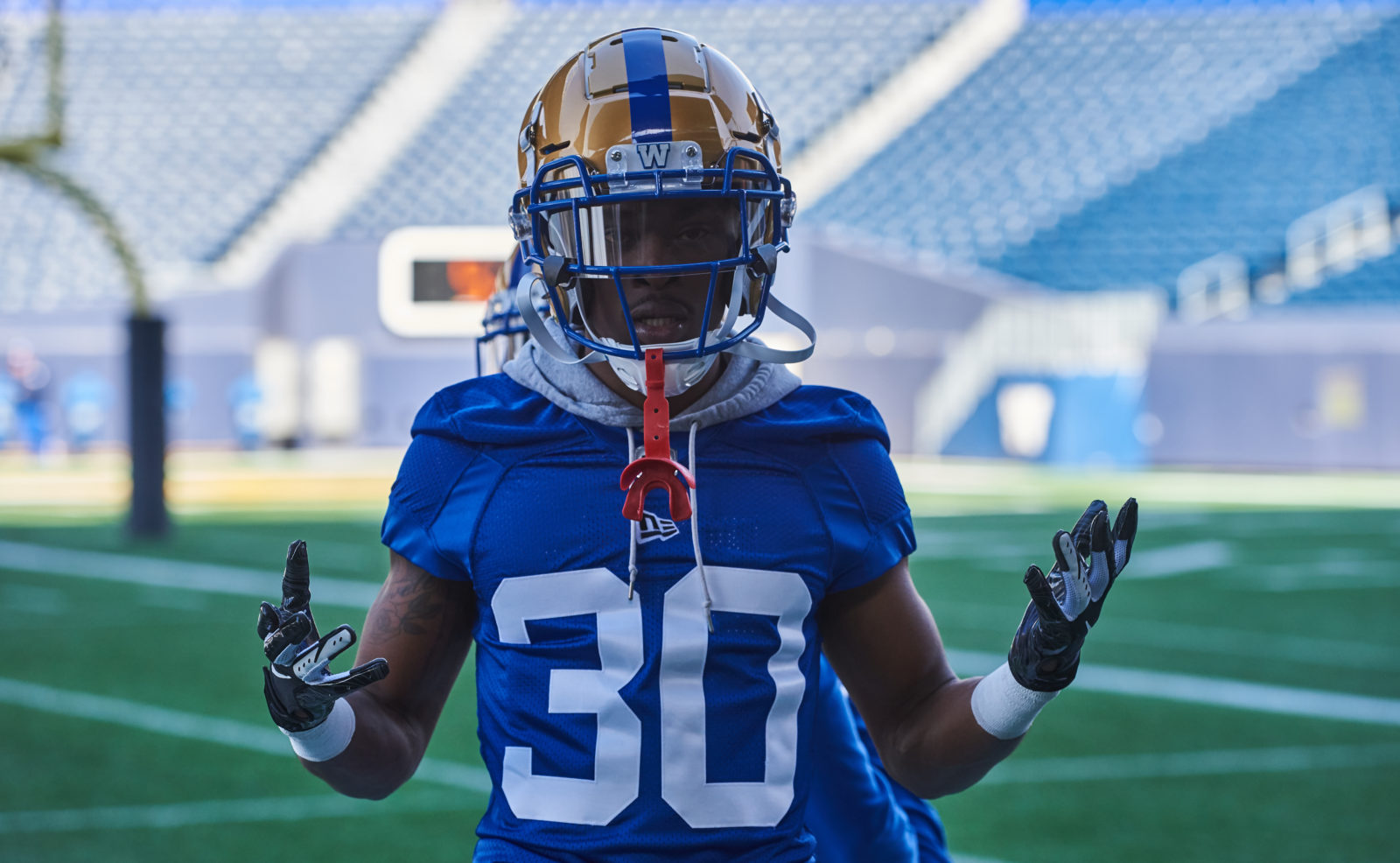 The Bombers wrapped up Day 3 of training camp Tuesday. Here are our daily collection of notes and quotes from the session…

The Bombers have some holes to fill in the secondary after the departures of Chris Randle (Ottawa), Kevin Fogg (Toronto) and Taylor Loffler (Montreal) in free agency.

Camp is just three days old, but the new faces who stood out at the free-agent camp in Florida last month, coupled with the addition of Winston Rose and the continuing development of Chris Humes, gives the Bombers a number of options in their defensive backfield.

Rose, who started 18 games for the B.C. Lions last year and tied for the team lead in interceptions with five, has been solid since camp opened and was particularly noticeable on Tuesday.

“I feel great. Coming in and just contributing to the team… great environment, great people, great coaches. I just feel love. I feel like I’m at home,” said Rose.

“Last year was a big step for me because I felt like I actually started making a name for myself and people started recognizing me. Last year what I did was just a stepping stone in just showing who Winston Rose is. Coming in to Winnipeg and seeing what they did last year with just one game short of the Grey Cup, I just feel like me contributing to the team will help us get there and win us one.” 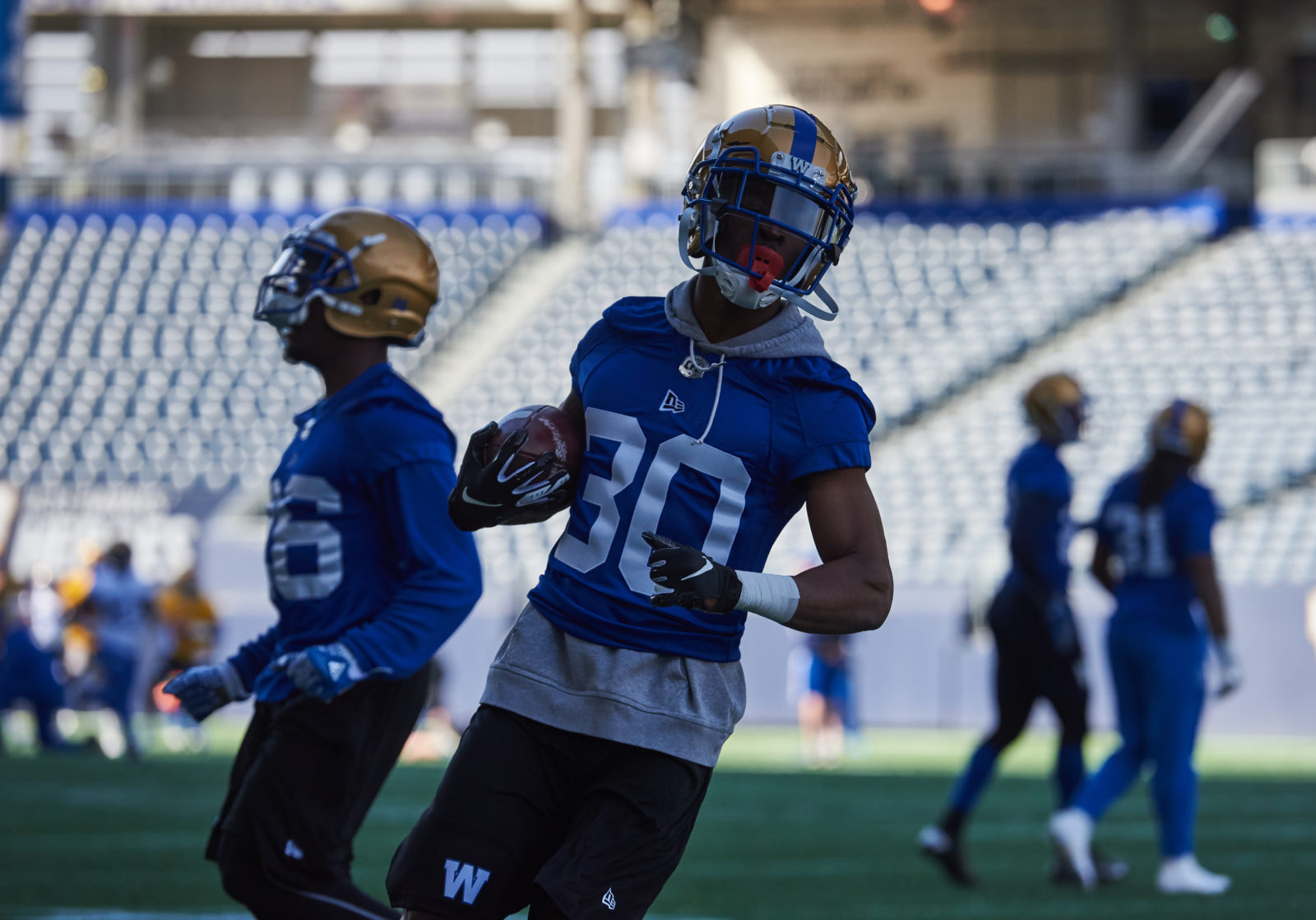 Rose used a couple of acronyms in his session with the media after practice, one that comes from defensive coordinator Richie Hall – ‘GBT: Get Better Together’; The other – ‘PVO: Positive Vibes Only’ – is his own.

“That’s the type of player I am,” Rose said. “I’m very enthusiastic. I like to have energy because I feel like energy is contagious. Great energy… PVO – Positive Vibes Only – and it just trickles down. If you’re out here having fun, everybody else is having fun. It’s contagious.

“This is just a great environment. This team is like a family. Everybody interacts with each other from the coaches to general manager out there watching us practice… just having that family-oriented feel and I’m big on family and this is like a family team.”

One more on Rose, this from head coach Mike O’Shea:  “I thought today was a real slick practice for him. It seemed like he covered well, he runs well and you can hear him out there getting the chatter going. He was quite noticeable today.”

That prompted a question about communication and how that can often be seen as part of leadership. Both Randle and Loffler were adept at handling that in years past.

“There were a few guys we don’t have any more that could run practice pretty well, so we need a couple guys to step up,” said O’Shea. “It takes time, though.”

And when O’Shea was asked about that leadership coming by committee or from a particular player, the inquisitor hadn’t even finished with his question when the coach offered up Brandon Alexander’s name without hesitation, adding “He’s the guy.”

It was inevitable, and late in Tuesday’s session the Bombers had their first scrap of training camp when offensive tackle Jermarcus Hardrick and linebacker Kyrie Wilson went at it. The skirnish ended quickly, with no decision.

The Bombers have a couple of veterans in Jeff Hecht and Derek Jones splitting time at safety. Here’s O’Shea on those two players and what they offer:

“There’s a physical size difference. Derek is a lot taller and longer than Jeff. Jeff’s experience level and communication ability is very high. Those two guys… there is competition, obviously, but I think they’ve both been around long enough that they understand and whatever it’s going to take to win they’re going to work together to get that done.

“They both got their starts on special teams, so they both value that aspect of it and have both worked very hard to get in the position they’re in. We’ll see where we end up with them, but I really trust those guys to make sure they’re working hard for their entire team and supporting each other, too.”

The Bombers continue camp Wednesday morning at IG Field (open to the public), with the session running from 8:30 a.m. – 12:20 p.m.