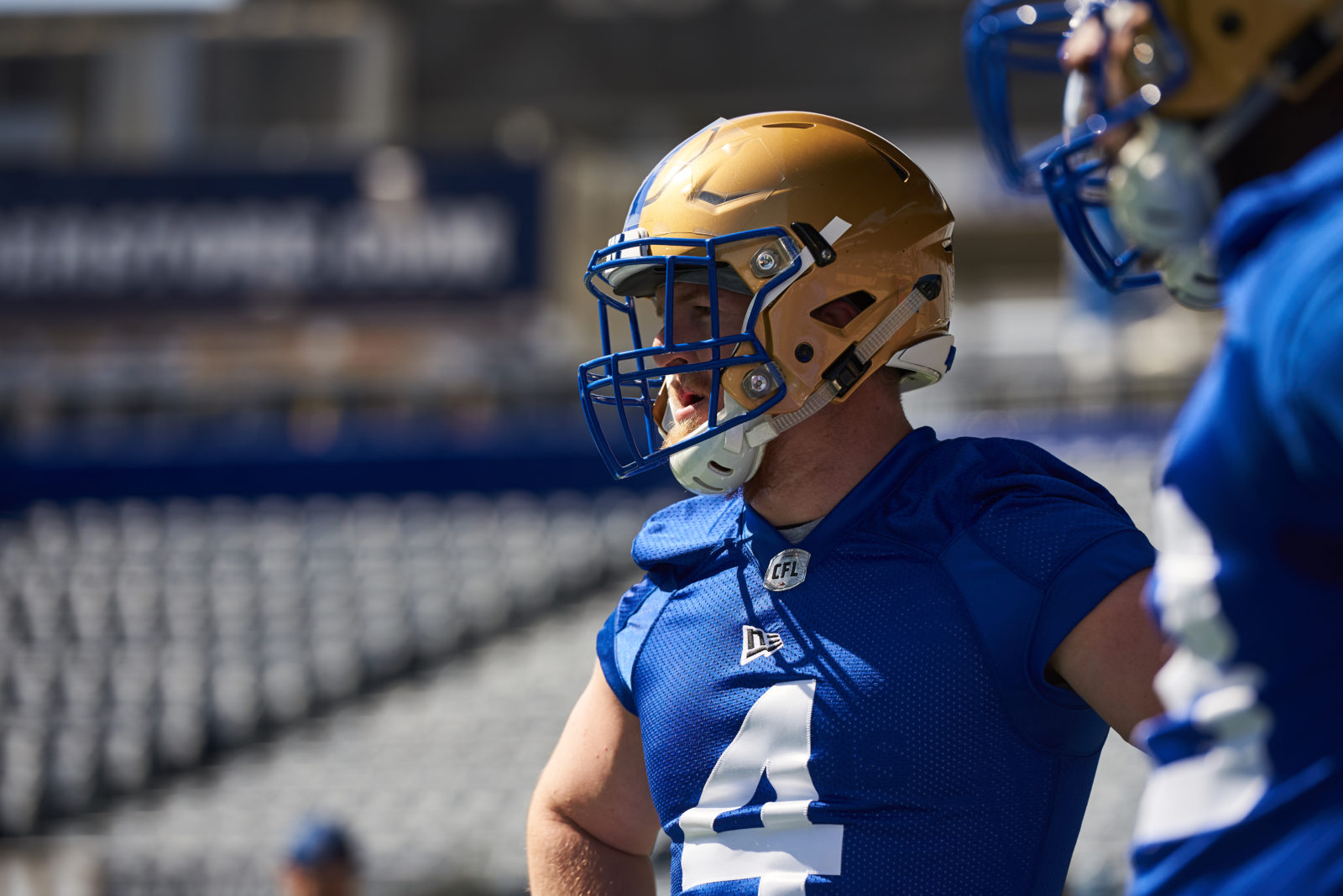 The curtain raised on another Bombers training camp Sunday morning at IG Field.

THE BOYS ARE BACK IN TOWN:

Day 1 of any training camp always has that back-to-school feel for the players, many of whom hadn’t seen each other face-to-face since cleaning out their lockers after last year’s West Final loss in Calgary.

Couple that with all the uncertainty regarding the hiccup in the collective bargaining agreement Saturday night and there was a palpable sense of relief for those who stepped on the field Sunday morning.

“It’s hard to describe it in words,” said quarterback Matt Nichols. “Even just doing our pre-game basic walk-through stuff… I told (QB coach) Buck (Pierce) today, ‘Man, this is fun right now.’ Some of the stuff that gets monotonous at the end of the season, I was fired up to be out here again doing that with the guys.

“Every year it’s the same feeling of just being pumped up that football’s back, the guys are back, and I couldn’t be happier. It’s hard not to be super excited out here on Day 1. We’ve just to go make sure we keep that mentality moving forward as we get into camp.” 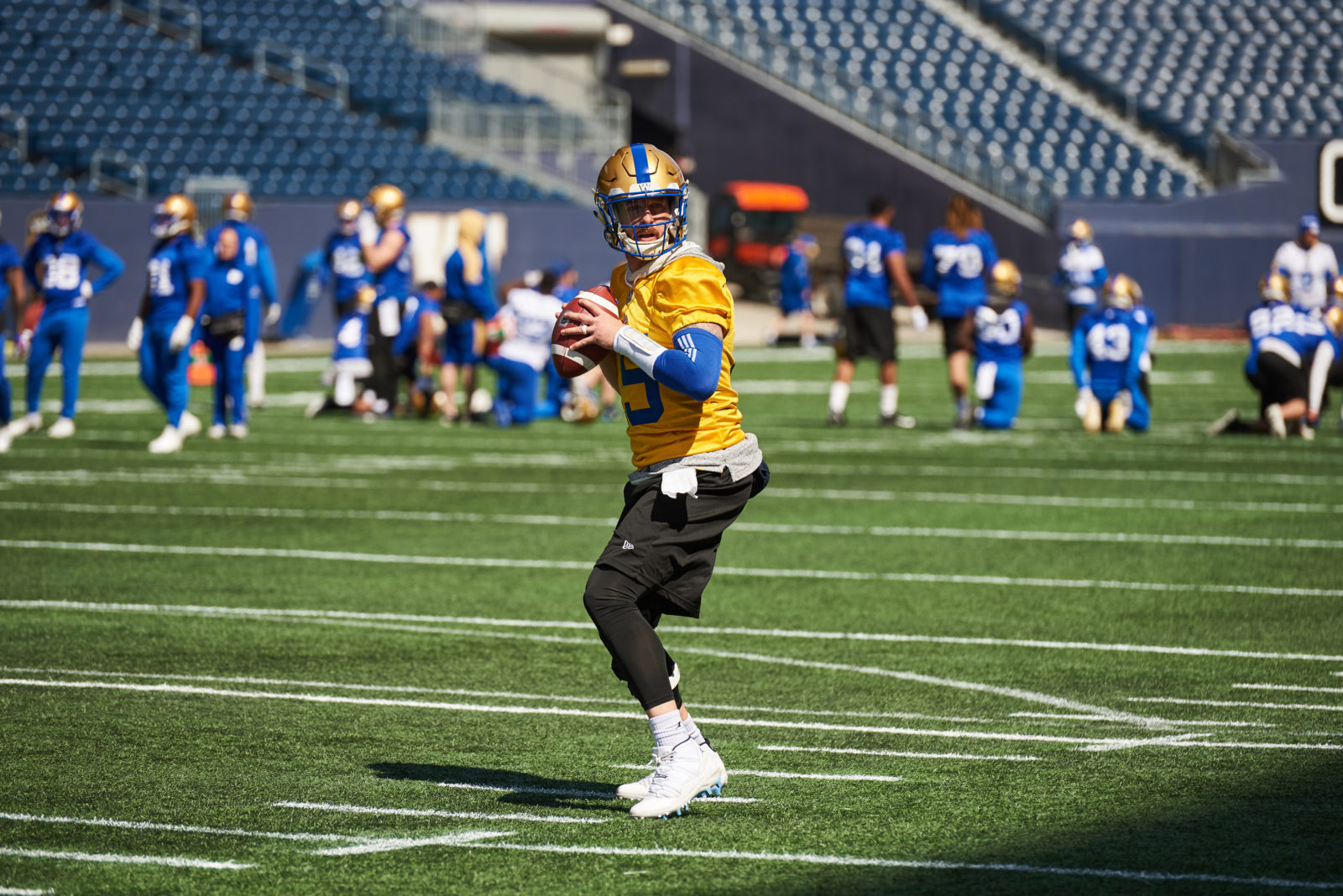 The players available for media on Sunday were hit with a number of questions on the CBA front, especially after there was a concern Saturday evening the new tentative deal might fall apart and affect the opening of camp.

“As leaders in our group it’s important to stay informed with what’s going on,” said linebacker Adam Bighill. “To our understanding, it was a misunderstanding in the readings of our CBA agreement. We just knew we had to take care of that and get things settled before Day 1.

“The CBA was pretty touch and go,” added defensive end Willie Jefferson. “Right now we’re just trying to stay together as a team. As a league, the players talk back and forth from team to team and we just all want to be on the same page and do what’s right for the players that are coming into the league and the players that are on their way out.”

“I’m not going to get too much into it, aside from the fact that I’m happy we’re out here and happy that we’re playing football. As football players you never want to deal with all these other things and once you get out here on the field all that kinda goes by the wayside. We’re out there competing with the guys and everyone was out here doing that today.” 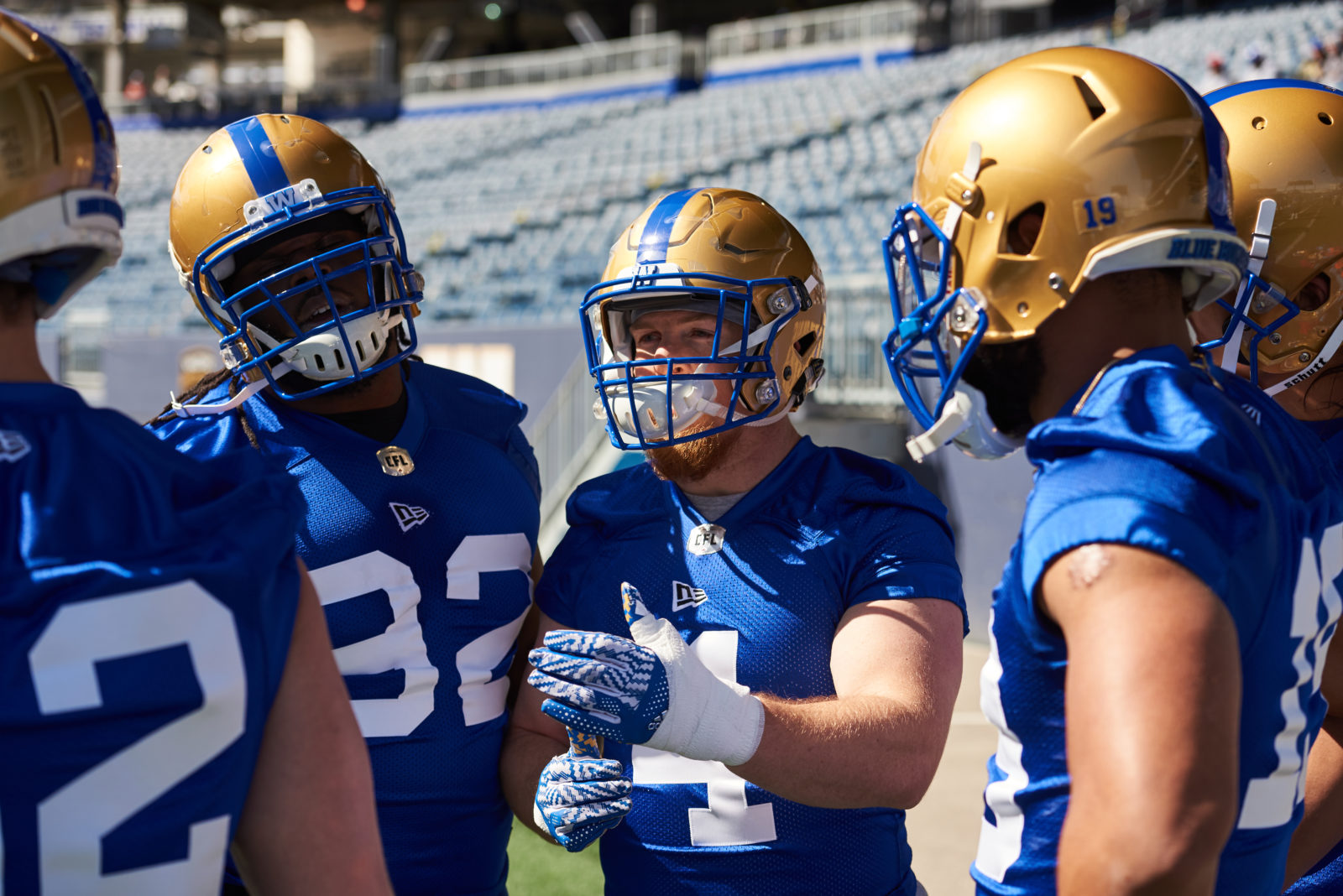 The Bombers did make a couple of moves with their receiving corps on Sunday, suspending Kenbrell Thompkins and releasing Josh Stewart. Thompkins started 12 games for the club last year, but was suspended because management has not been able to contact him after repeated attempts.

The team also added RB John Santiago, who played his college ball at North Dakota alongside Bombers 2019 CFL Draft pick Brady Oliveira.  Santiago had rookie-camp looks from the Minnesota Vikings and Atlanta Falcons after rushing for more than 3,700 yards and 29 TDs in his four years at UND.

KEEP AN EYE ON:

The Bombers have a vacancy at the weak-side linebacker spot after Jovan Santos-Knox signed with the Edmonton Eskimos this offseason. That leaves Kyrie Wilson as the front-runner to replace him.

“Kyrie has been in the ranks,” said Bighill. “He’s been learning, he’s been working hard, he’s been focused. I love the way he prepares and approaches the game. From there it’s his time to show he can do it and I’m going to be right there helping him. I’m excited to see what he can do.”