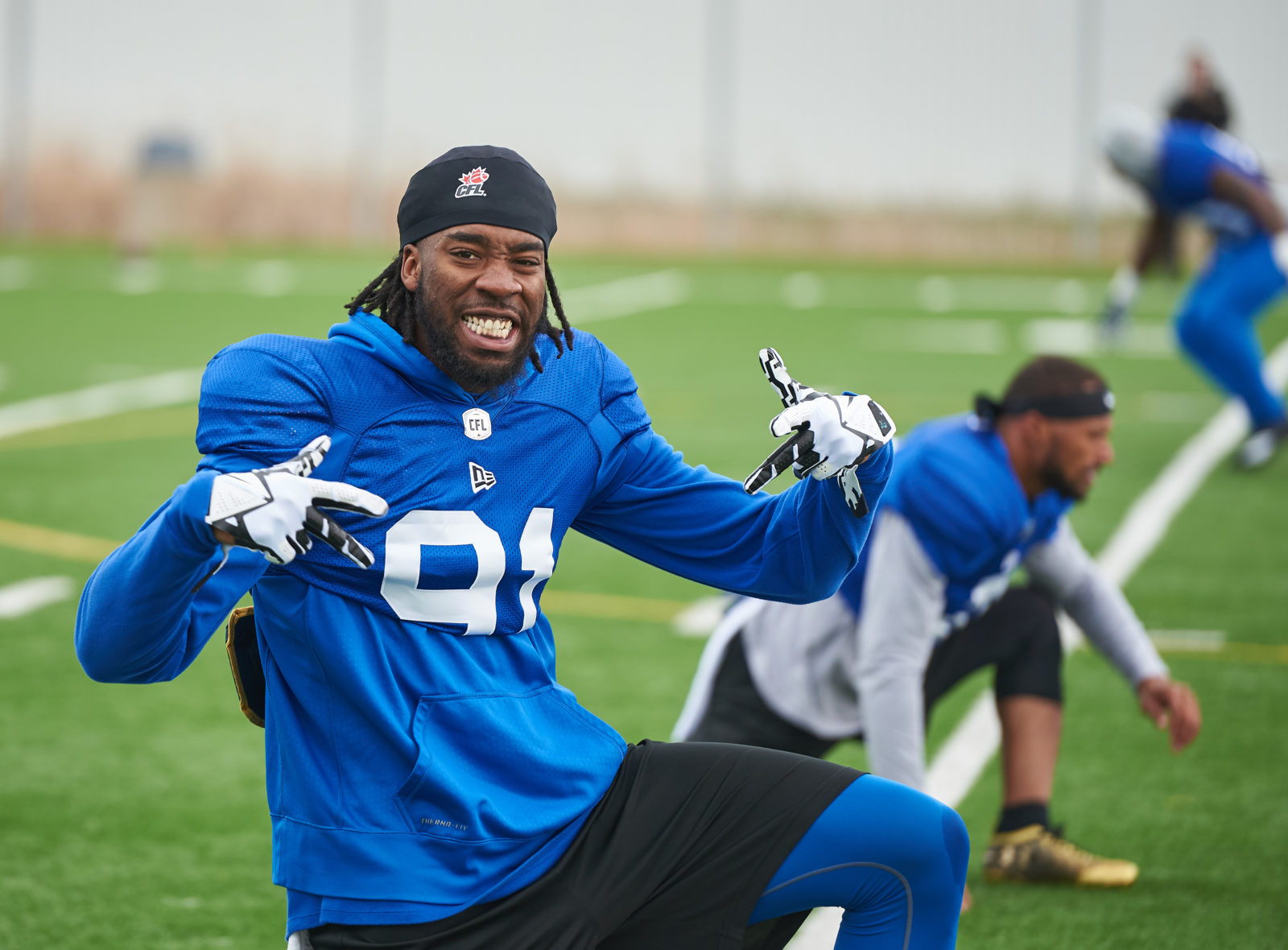 The Winnipeg Blue Bombers wrapped up their three-day rookie camp late Friday morning, as over 50 players got a crash course in the Canadian game – the Canadian weather – and the expectations of coaches.

But with veteran players now arriving en masse in time for Sunday’s opening of main training camp, the competition will get cranked up by a zillion.

“We’ve loaded them up, now they get two full days to recover, ask some questions, take an inventory of their body parts to make sure everything’s there and get ready to go again,” said Bombers head coach Mike O’Shea. “Unfortunately, the reps are going to be a little tougher to come by, so they’ve got to make the most of them.”

The Bombers won’t be on the field on Saturday, as physicals are finished before the entire squad dives right into offensive and defensive meetings.

Asked for his take on what he saw from the newcomers, O’Shea offered this:

“The guys we saw in Tampa (at the free-agent camp last month) are confirming what we saw. We didn’t see the O-line and D-line down there, so it’s fun to watch those guys.” 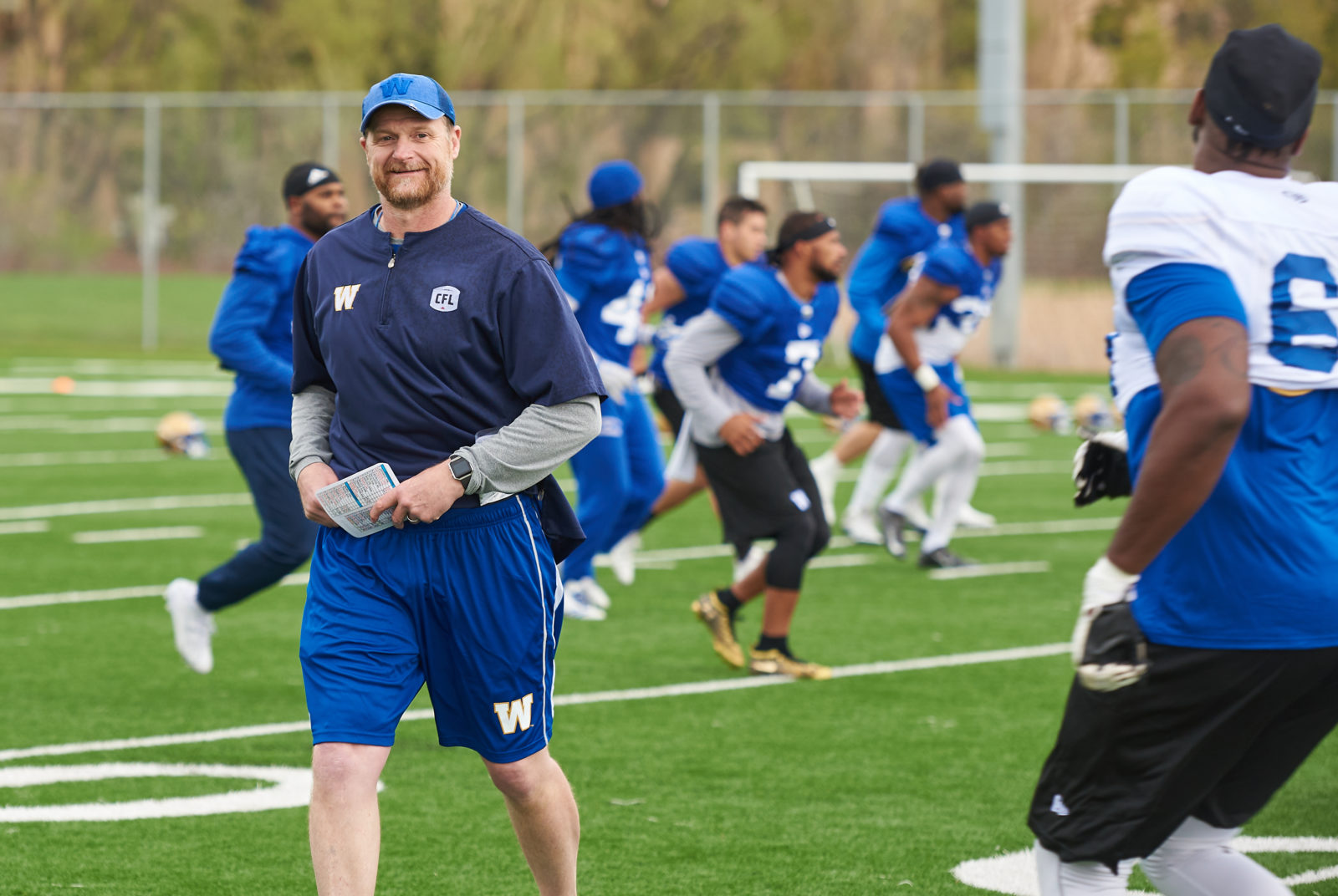 The Bombers announced Friday the signing of defensive end Jonathan Kongbo, the team’s second of two first-round picks in the CFL Draft, fifth overall. Kongbo, who tore his ACL last year in a game against Auburn, will be evaluated by the team’s medical staff before a date for his return to the field is clarified.

The 6-5, 255-pound Tennessee product played in 30 games, starting 17, over three seasons as a linebacker and defensive lineman with the Volunteers. He totalled 51 tackles, 5.5 tackles for loss, 3.5 sacks, two interceptions (including a 50-yarder returned for a touchdown), and two knockdowns. He won the 2018 John Stucky award as Tennessee’s best performer in the weight room.

ONE IN, ANOTHER OUT:

The Bombers lost WR Malik Richards, their fifth-round draft pick, to a leg injury on Thursday and it was serious enough to force the club to make another move. Richards was replaced on the roster by Dylan Schrot of the Manitoba Bisons. Schrot was a Canada West All-Star and a U Sports Second-team All-Canadian. In his two seasons with the Bisons he had 66 catches for 1,026 yards and six TDs.

“Dylan Schrot is a helluva good receiver. He had close to 850 yards if not a bit more last year, scored a pile of touchdowns. He’s really good,” said O’Shea. “It’s interesting because Matt and Strev have both thrown to him before as a guy that hung around and caught some balls for them to get some extra work. Those guys were right here available for our guys, so they already have a relationship with him. He’s a hard worker and he deserves to be in a camp.”

Bombers QB Matt Nichols said Friday his offseason diet and regimen has him feeling the best he’s felt in years.

“It’s something I worked extremely hard on this offseason,” said Nichols. “I talk about it every year, about trying to improve your game and for me there are aspects that always can be improved that I’ve focused on being able to make sure I’m able to run around a little bit better, extend plays and making some more plays with my feet.

“That’s something I really focused on this offseason to have that translate into this season.” 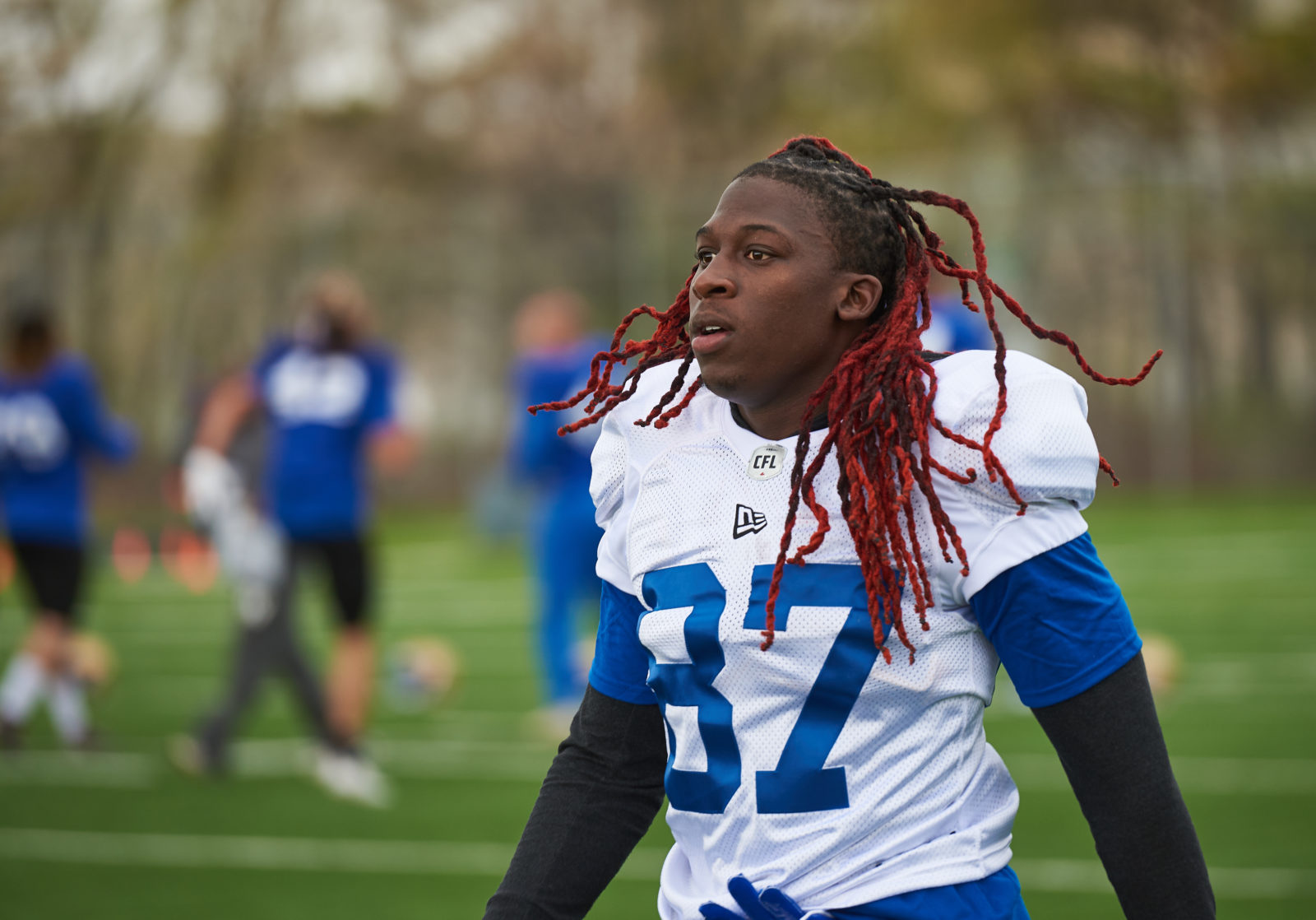 O’Shea was asked at the conclusion of rookie camp for his thoughts on OL Geoff Gray, who is in the fight for the right guard spot. The former Manitoba Bison joined the club last year after NFL stints with Green Bay, the Jets and Cleveland.

“He’s extremely athletic,” O’Shea said. “He’s very, very strong in the weight room. He’s got a lot of flexibility and a lot of bend for an offensive lineman. Super smart guy, as smart as they come so he learns easily. He’s a very rare combination with his size and athleticism and strength and intelligence. You look for him to really contest for a spot.”

The Bombers had four QBs in rookie camp in Kevin Anderson, veteran Bryan Bennett, Sean McGuire and U Sports QB Apprentice Sawyer Buettner of the University of Ottawa. Here’s O’Shea on that program and what it offers the Canadian QB prospects who will head back to school after training camp:

“I like it. These guys come in and two things happen. There’s a part of it that they say, ‘Yeah, I can do this just like this guy’s doing and this guy went to this school or that school.’ And then there’s a part of it, too, where they realize ‘That’s what I can’t do right now so that’s what I’ve got to work on.’ I think it’s a great opportunity for them and a great opportunity for us, too.”