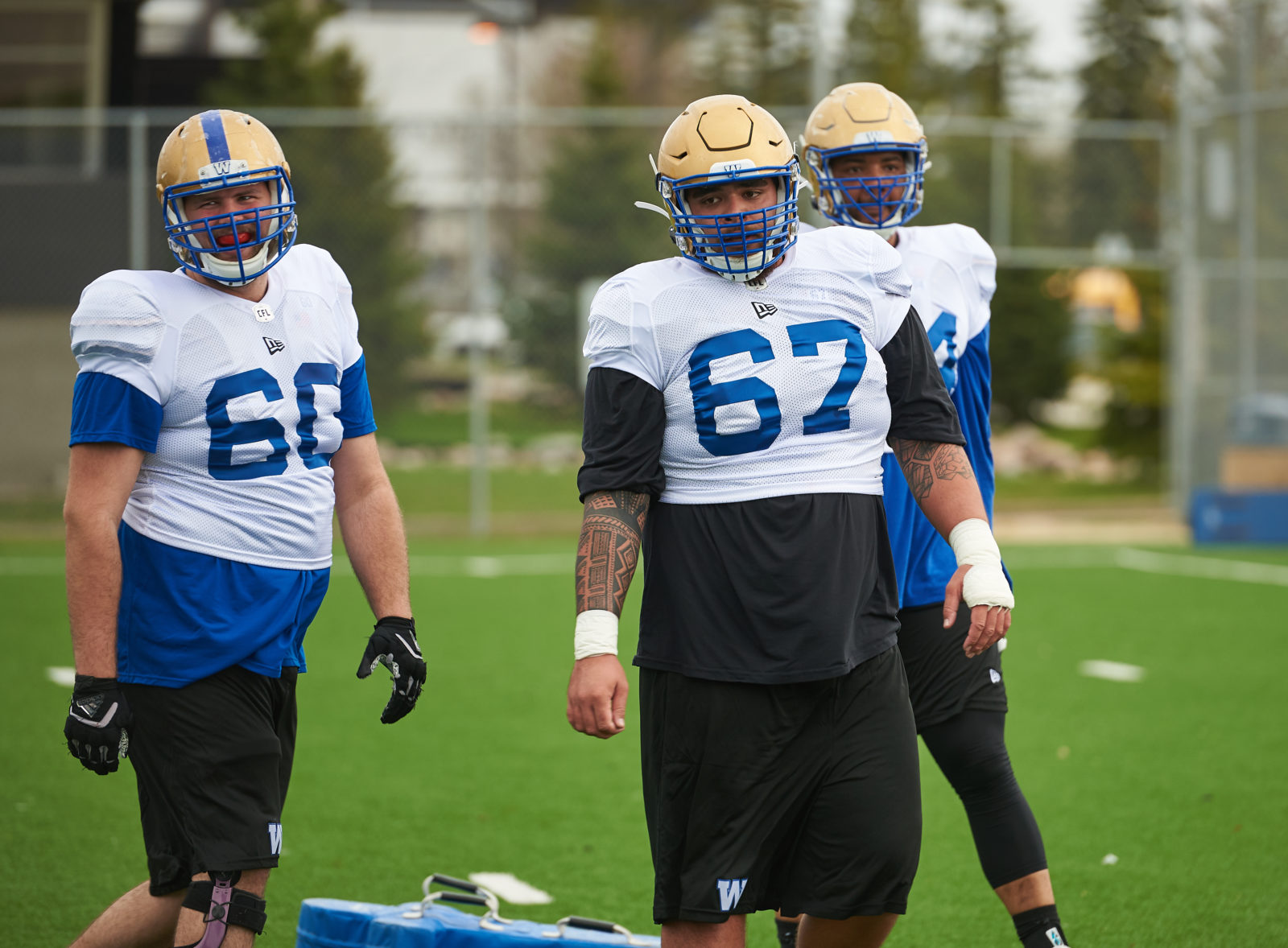 His full name is Tavita Asotui Peter Eli and he is Canadian of Samoan heritage. Just for the record, he goes by Asotui but you can call him ‘Tui’, for short.

We can also call him the most intriguing prospect at Winnipeg Blue Bombers rookie camp.

The intrigue surrounding Eli began the moment the club called out his name in the fourth round (34th overall) of the Canadian Football League Draft a few weeks ago. It was then that TSN resident draft guru Duane Forde stated that Eli could be the ‘steal of the draft’ if he was committed to playing football again.

Well, he is, as evidenced by his arrival at rookie camp on Wednesday and courtesy of the homework the Bombers scouting staff did in advance of the draft. Eli wasn’t prominent on many teams’ radar because he had missed all of last season with a knee injury and had essentially stepped away from the game.

But when the Bombers contacted him before the draft they asked a few questions, seeking basic info as to whether he was training, his current weight and then this basic query:

Would you consider playing football again? 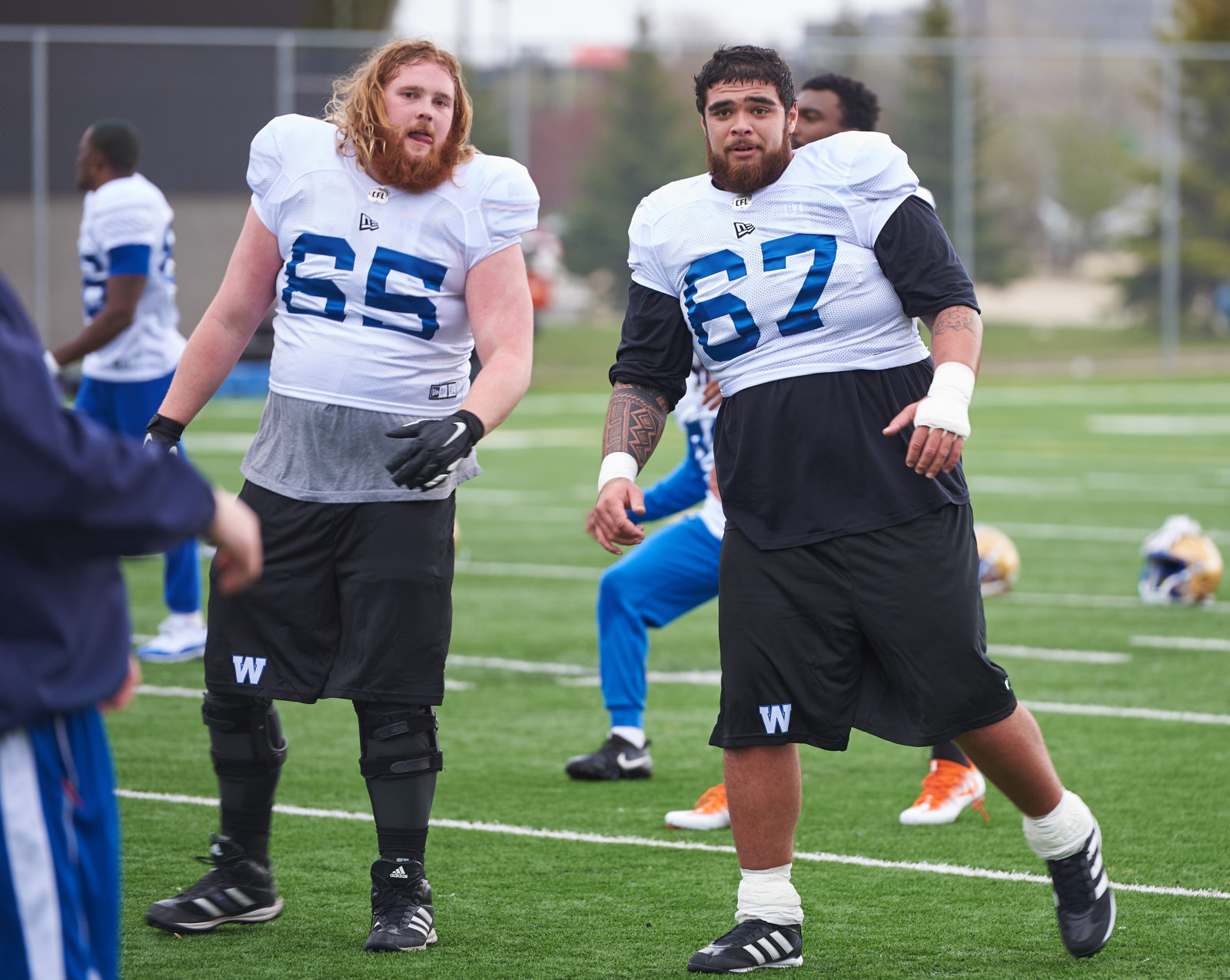 “Football? Play a sport that you enjoy for money? Those things don’t come often in life so I was like, ‘Hell yeah, I’m hopping on that plane,’” Eli said Thursday after the second day of Bombers rookie camp.

Born in Richmond, B.C., Eli is the son of Vaeluaga Eli, a teacher at the University of Nations in Kailua Kona, Hawaii. His mother Julie is from Toronto and also an educator. Eli’s parents have done missionary work with First Nations people here in Canada and he moved from B.C. to Alberta when he was young, and then attended Kealakehe High School in Hawaii before landing a scholarship to play at the University of Hawaii.

He appeared in 36 games in three years with the Rainbow Warriors, and – here’s the part that seems to place him in the ‘steal of the draft’ conversation – was twice named to the pre-season Rimington Award watch list as the top centre in NCAA football.

But a knee injury wiped out his 2018 season, and coupled with his frustration in not getting into the Master’s program he wanted to at Hawaii, he push away from the game and disappeared off the prospect map.

“I wasn’t 100 percent with the knee and I figured I’d take some time off and spend time with family, get back to my roots and do a little bit of travelling,” he said. “I didn’t know if I would be back to football or what, but I was prepared to work that 9-to-5 every day. And then before I knew it I started getting some calls. I was like, ‘Wow, this is a God thing.’ I didn’t put too much effort trying to get into the draft. I didn’t show up to the combine or anything.

“This is just all a testament to God. It has to be a God thing. So, I’m just trying to follow Him and he told me to come here, so I’m here now.” 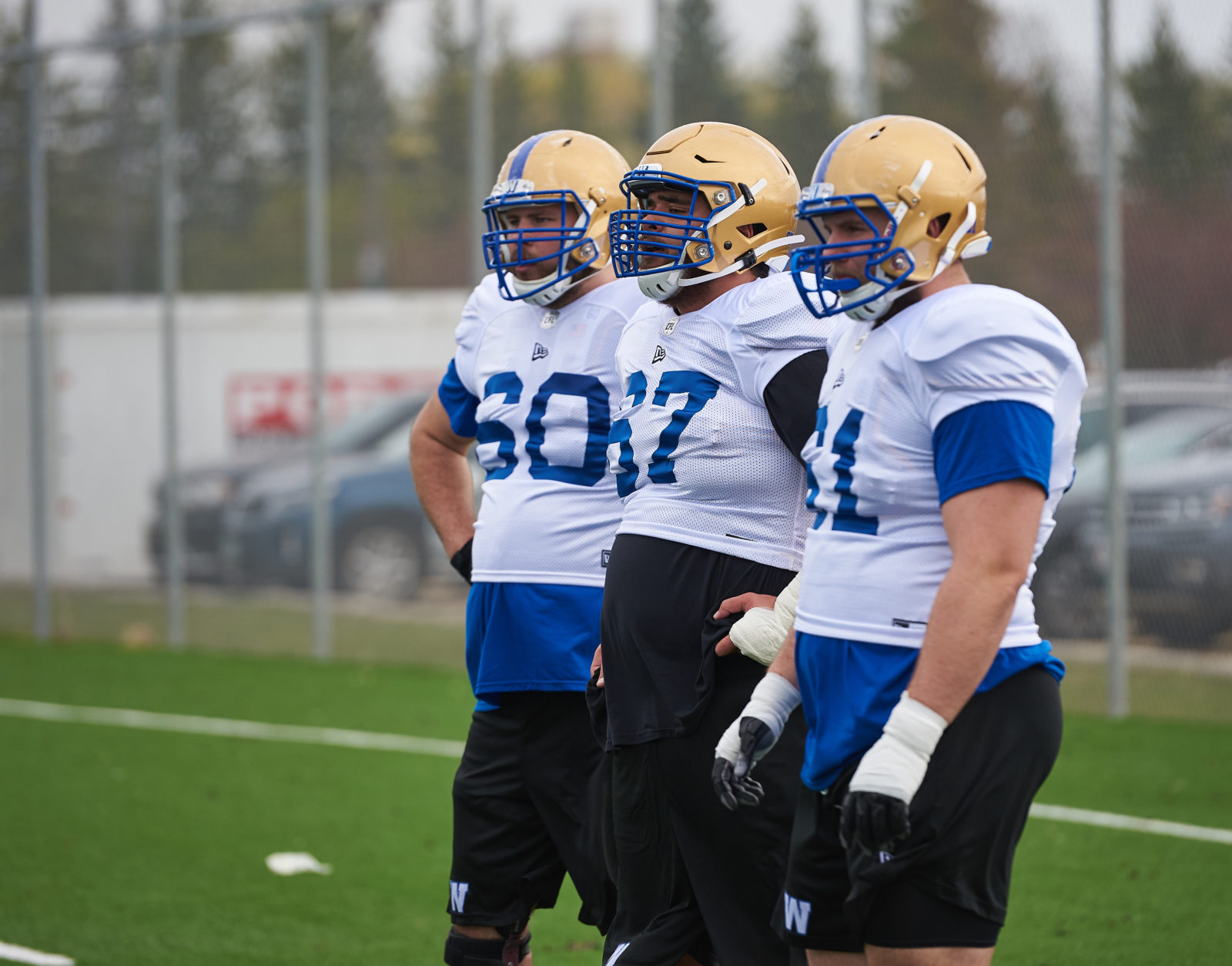 During his time away from the game, Eli and his father also went to court to restore the family’s ‘Tagaloa’, or chief, title back after others in his village tried to claim it, despite not having proof of the lineage.

Eli also has interesting family connections to the Bombers. Danny McManus, the Bombers Assistant GM and Director of U.S. Scouting, is a distant relative.

“I believe he’s my mom’s second cousin’s husband…. Second or third, I’m not sure,” explained Eli with a chuckle. “It’s good to see him. I thought he was with Hamilton (McManus worked with the Tiger-Cats before joining the Bombers seven years ago). I was like, ‘What the heck are you doing here?’ And he said, ‘It’s good to have you, man.’ To see that guy here is nice.”

The big-picture question regarding Eli is this: now that he’s in camp, does he have that football fire burning in his belly again?

“I’m not in the best shape in my life, but I’m getting better every day and I’m getting tips and there’s a lot of great resources with this program. I plan to utilize them to try and be the best I can be to help the team be the best they can be.”