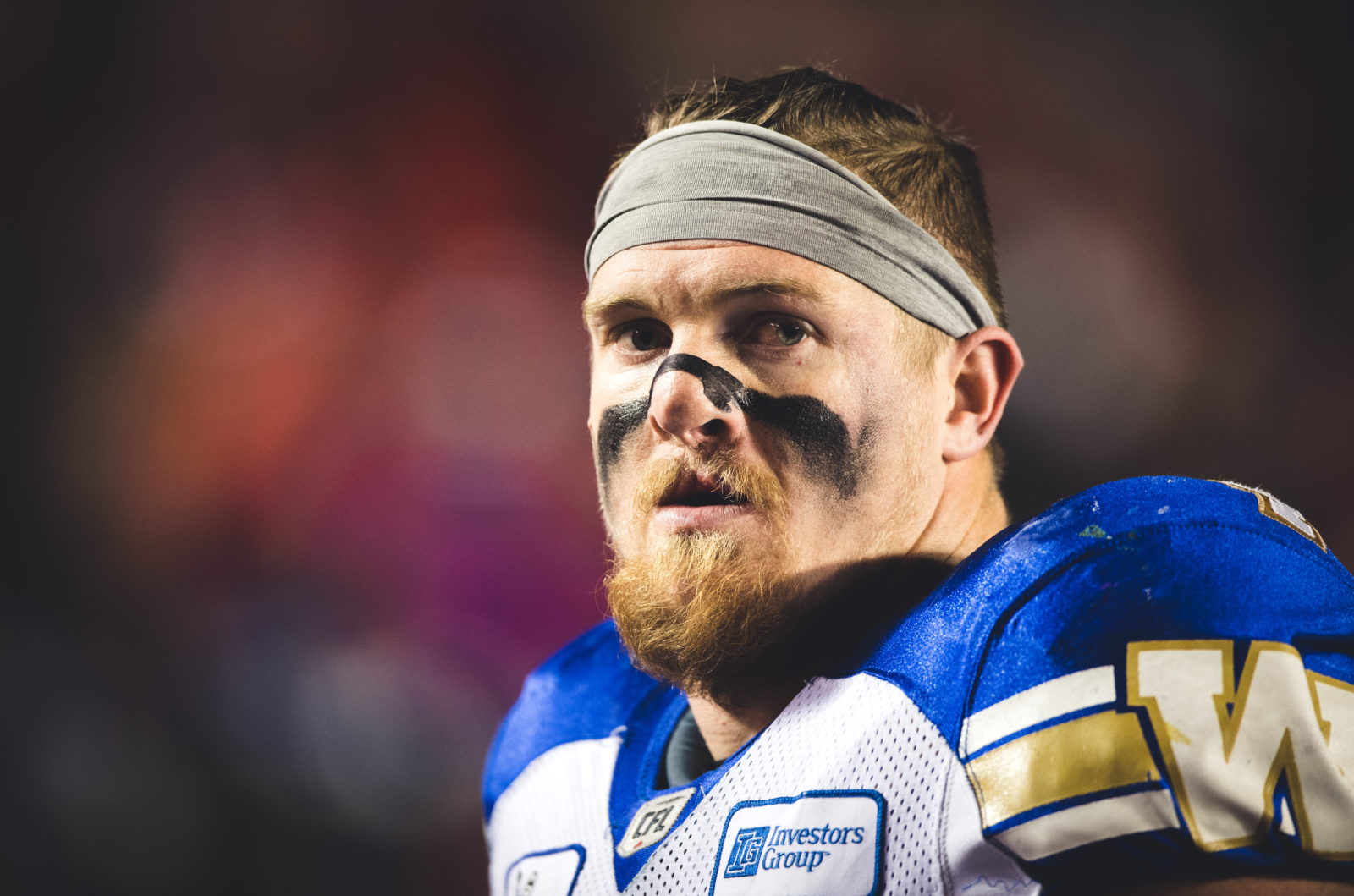 Adam Bighill (4) of the Winnipeg Blue Bombers during the game against the Ottawa RedBlacks at TD Place Stadium in Ottawa, ON on Friday, October 5, 2018. (Photo: Johany Jutras / CFL)

The Winnipeg Blue Bombers open training camp on May 19th. This is the third in our annual positional-preview series leading up to the first day of camp…

It was the equivalent of winning the Canadian Football League free agent lottery.

Just over a year ago – May 19, to be exact – the Winnipeg Blue Bombers officially brought aboard former B.C. Lions all-star linebacker Adam Bighill, following his late release from the New Orleans Saints.

It wasn’t just that Bighill filled a gaping hole at the middle linebacker spot that made the signing so significant. Bighill served up the solid statistical line that all the greats do and by season’s end, was named not just a CFL All-Star for the fifth time, but also the league’s Most Outstanding Defensive Player.

What made the Bighill addition the equivalent of cashing a lottery ticket was what he also gave the Bombers in the locker room and in the huddle. Almost instantly, players – especially those on the defensive side of the ball – began to follow Bighill’s lead. His will and his expect-to-win mantra was contagious and by season’s end the Bombers were as stout as any defensive unit in the CFL. 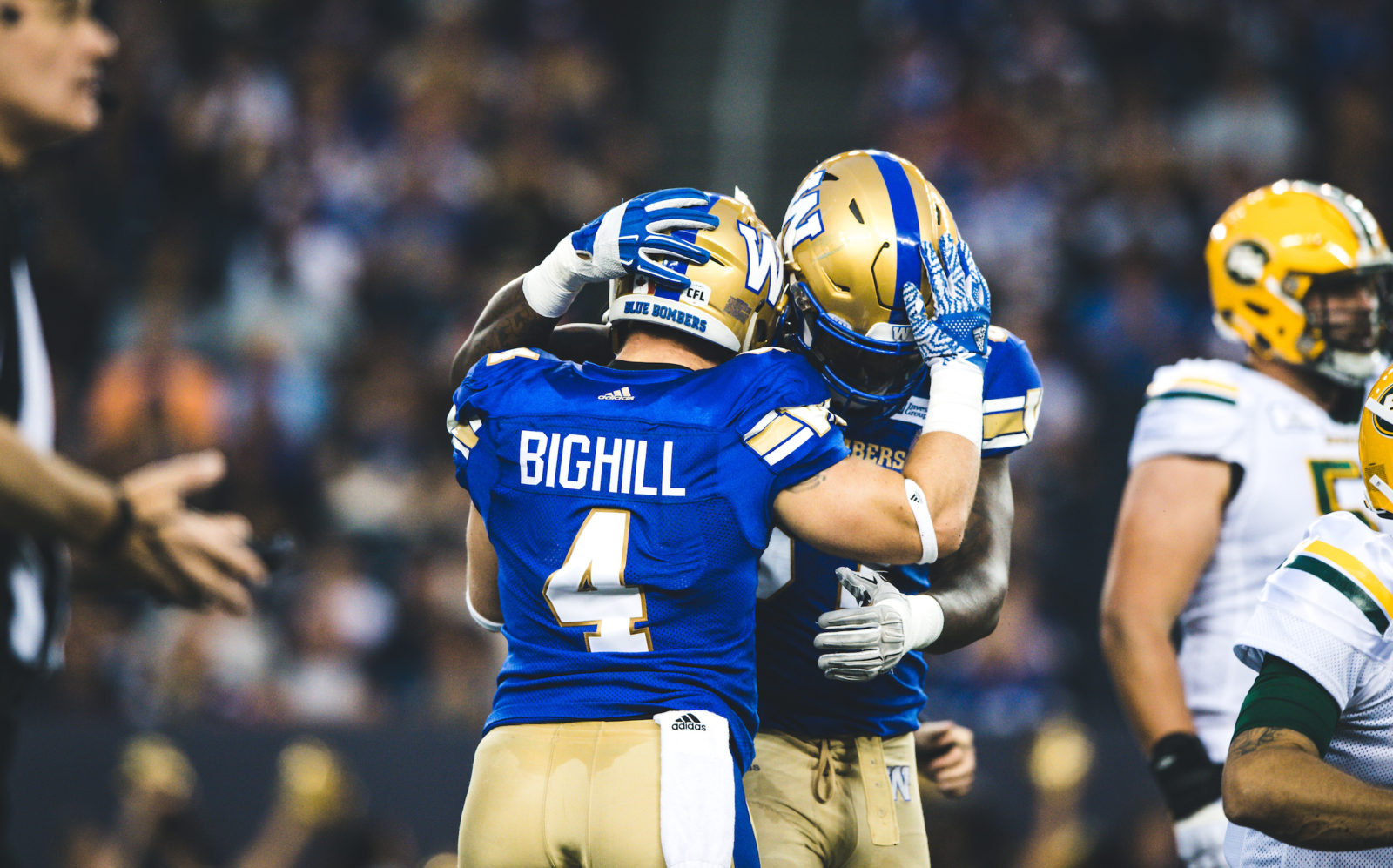 And so as we begin the third installment in our annual positional preview series leading up to the scheduled opening of training camp on Sunday, focusing on what the Bombers have in the middle with Bighill seemed as good a place as any to start in our look at the linebacking corps.

The Bombers will have a hole to fill a the weak-side linebacker spot, having lost Jovan Santos-Knox to the Edmonton Eskimos in free agency. Santos-Knox blossomed beside Bighill a year ago and his infectious energy will be missed both on the field and in the room.

Kyrie Wilson – who has been part of the organization for two years but has just six regular season and two playoff games on his resumé – is the leading candidate to replace Santos-Knox and the Bombers hope his play in the West Semi-Final win over the Saskatchewan Roughriders last November is the evidence he is ready for prime-time duty.

Meanwhile, the strong-side linebacker or SAM spot – which features a defensive back with the wheels to drop into coverage and stout enough to step up into the box and help in run support – had also morphed into a strength by the end of the year.

This was the spot Maurice Leggett owned for four years, but with the veteran playmaker coming off a ruptured Achilles tendon injury, the club opted to add a couple of veteran pieces in Anthony Gaitor and Chandler Fenner prior to last season as insurance.

Leggett took some turns at both halfback and the SAM spot in the first half of the season, but injuries – and the play of Gaitor, in particular – kept him out of the lineup for the remainder of the campaign. Gaitor looked comfortable in the position and flashed some of Leggett’s playmaking abilities with a Pick-6 TD and another on a fumble recovery, while also adding two sacks.

The Bombers primarily use a collection of Canadians for depth at the weak side and middle linebacker positions, and they are vital to the kick-return and kick-cover special teams units – players like Jesse Briggs, Shayne Gauthier, Thomas Miles and now DJ Lalama, who returns home after stints with Edmonton and Montreal. The team has used one of its four designated import spots at the linebacker position, too, meaning there will be American depth at the position.

In the end, what also shouldn’t be overlooked in all this is the commitment the Bombers made to Bighill, and vice-versa, this past January when he signed a three-year contract extension.

The Bombers hit the jackpot when they landed him a year ago. Now they’ll get the enjoy the dividends even longer. 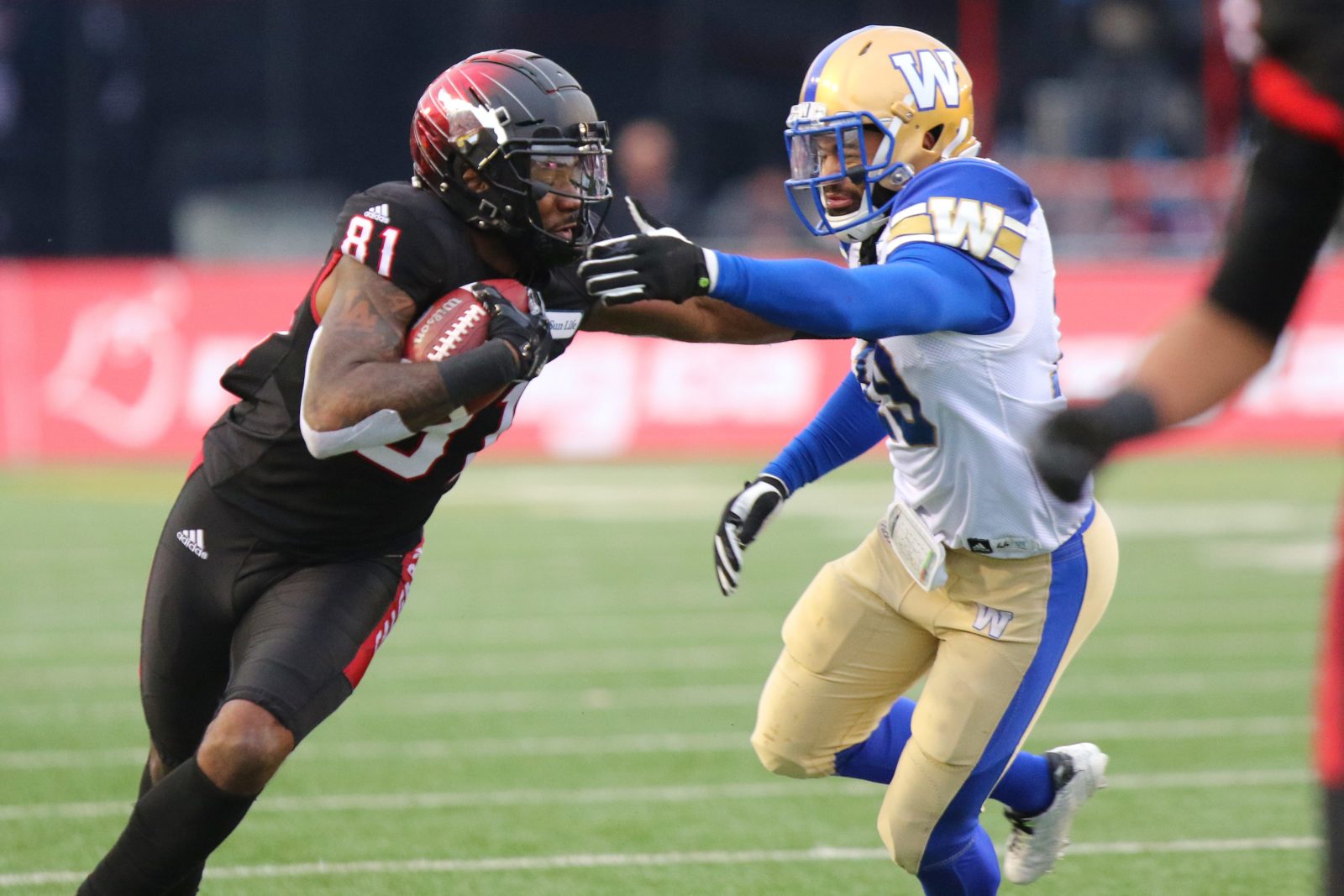 A LOOK AT THE LINEBACKERS

This isn’t to say that a newcomer won’t pop off the page in camp, it’s just the club didn’t make the splash in free agency at this spot similar to last season when they added Bighill, Gaitor and Fenner before camp started.

Wilson was the front-runner for the middle linebacker job right up until Bighill put pen to paper last May. So, there is a comfort level with him within the coaching staff that he has the skillset to now replace Santos-Knox. In the playoff win over Saskatchewan, Wilson had three tackles, including a tackle for a loss and a sack. That’s the kind of production he’ll need to lock down a starting gig beyond the opening of the season.

Bighill’s defensive stat line including across-the-board numbers that speak to his athleticism. He had 105 tackles, four sacks, four forced fumbles, two interceptions – including one for a touchdown – two pass knockdowns, one fumble recovery and five tackles for a loss.