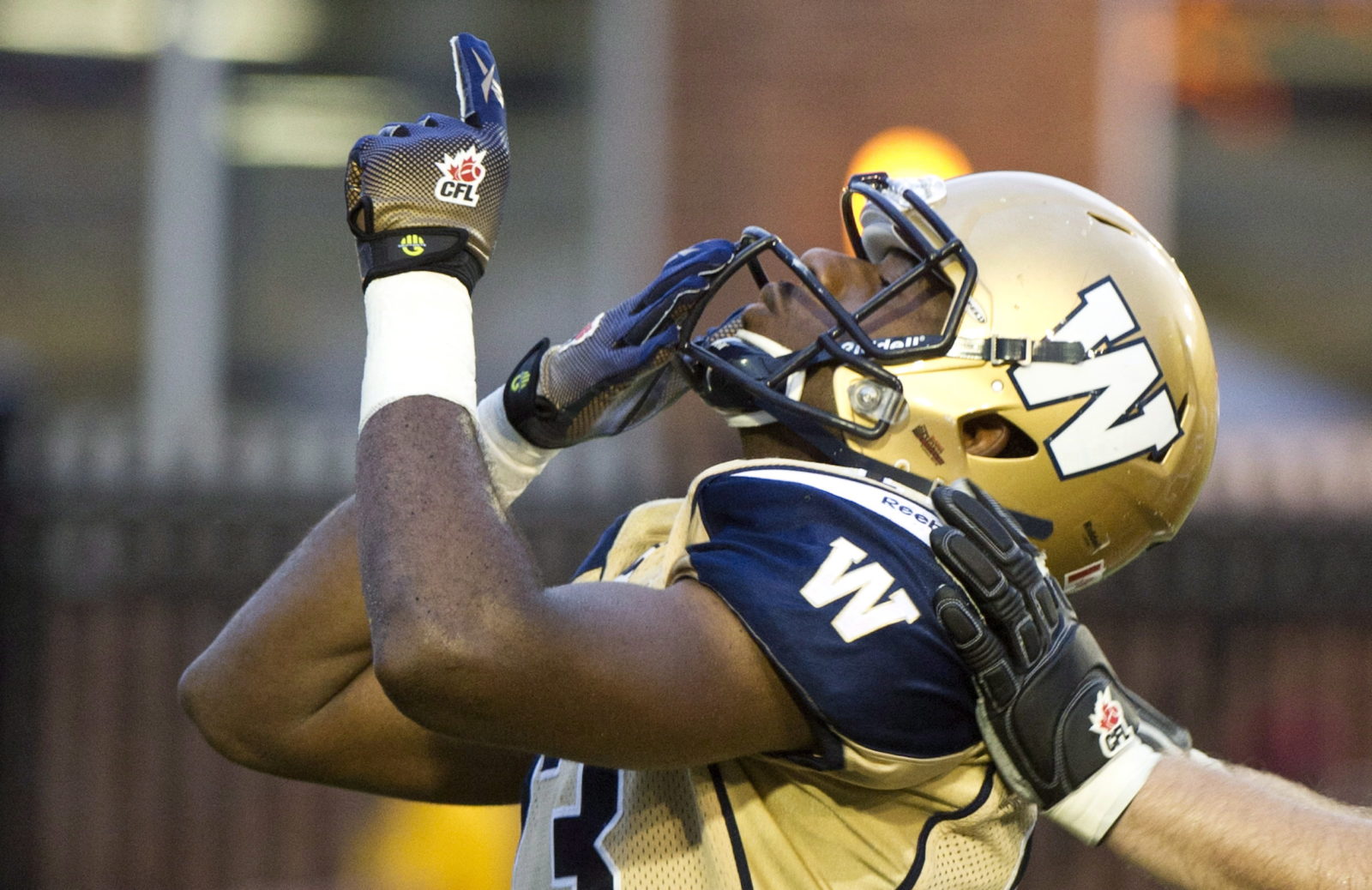 WINNIPEG, MB., May 10, 2019 –  The Winnipeg Blue Bombers today announce the club has agreed to terms on a three-year contract with international wide receiver Chris Matthews. Matthews originally broke into the CFL with Winnipeg in 2012, being named the CFL’s Most Outstanding Rookie that season.

Matthews (6-5, 230, Kentucky, October 6, 1989 in Long Beach, CA) signed with the Grey Cup winning Calgary Stampeders last October, starting the Stamps’ final four regular season games, the Western Final and Grey Cup, and recording 19 receptions for 350 yards and one touchdown. He recorded at least three catches in all but one of his six games with Calgary last season, and his top outing came at Winnipeg when he registered five catches for 113 yards.

“Chris is not only a big-bodied receiver, but has experience in our league and with Coach LaPolice,” said Blue Bombers General Manager Kyle Walters. “He is a very physical receiver, will go up and get the football, and we are very excited to add him to our offence in 2019.”

Matthews was the CFL’s Most Outstanding Rookie in 2012, breaking into the league by recording 81 catches, 1,192 receiving yards and seven touchdowns. After playing four games for Winnipeg during an injury-abbreviated 2013 campaign, Matthews went to the National Football League and played a total of 25 regular-season and playoff games for the Seattle Seahawks and Baltimore Ravens from 2014 to 2017.

Matthews played a key role for the Seahawks in the NFL playoffs following the 2014 season as his onside kick recovery allowed Seattle to complete a comeback victory over the Green Bay Packers in the NFC championship game and he had four catches for 109 yards and a touchdown in Super Bowl XLIX.