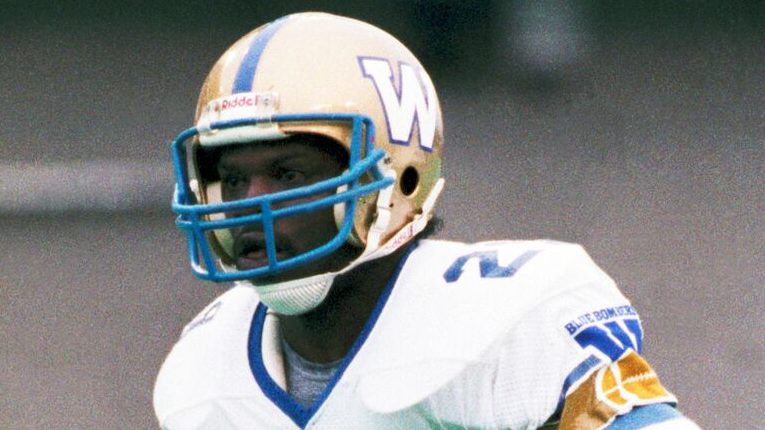 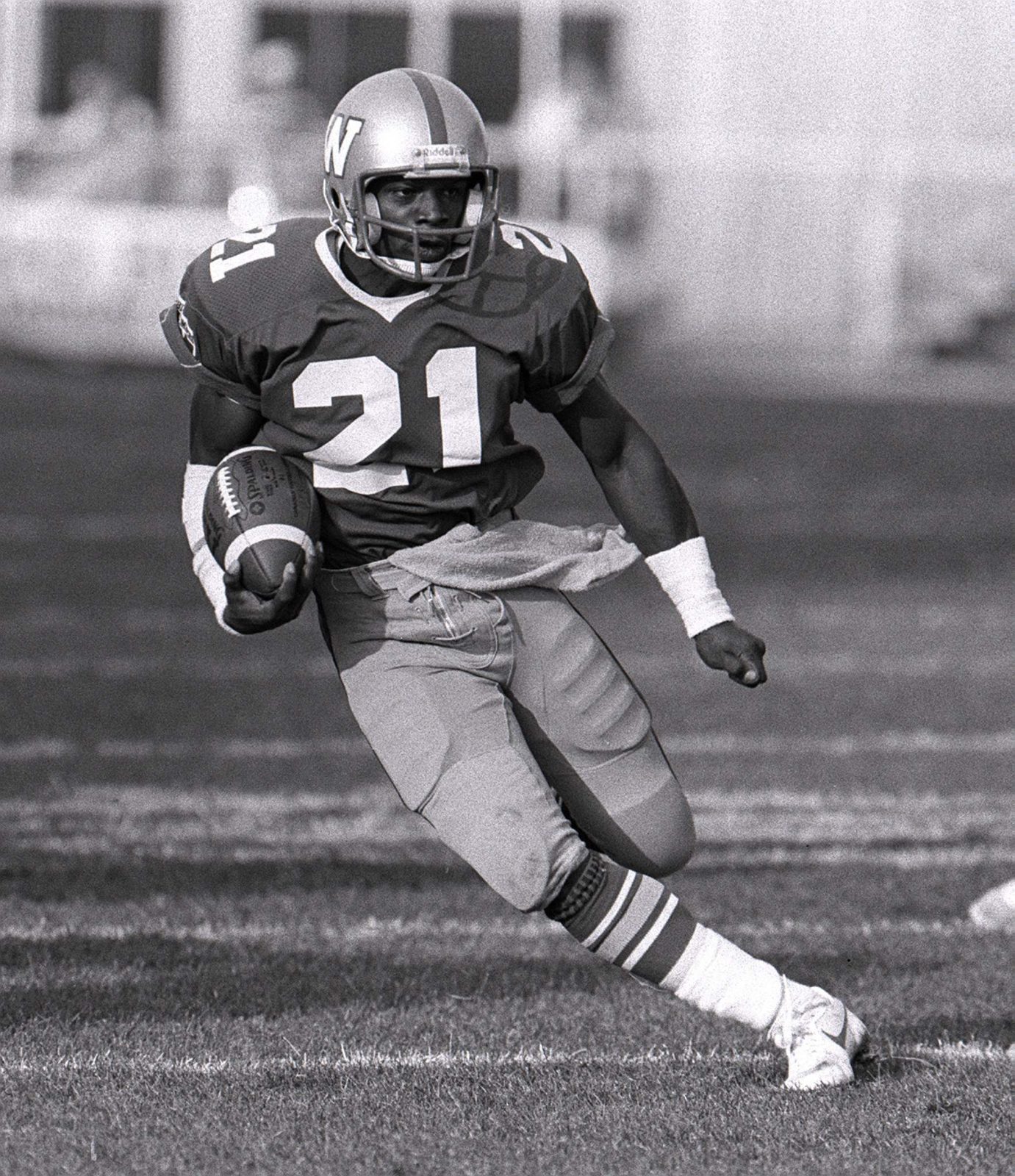 Fondest memory playing for the Bombers: It would have to be the 1984 Western Conference final against the BC Lions, a game that went back and forth to the final minutes. We won and went to the Grey Cup for the first time in 22 years.

Proudest non – football accomplishment: Part of my job at MCSC is to promote the construction trades to junior and senior high school students as well as to communities outreach participants, along with encouraging youth and newcomers to consider a construction trade.

I do this with a 45 minute presentation that consists of a PowerPoint, career trade videos, game based learning tools as well as encouraging them to visit our tradeupmanitoba.com website to research the many trades that are available. The trades are creating a wealth of opportunity for a young people that do not know what they what to do after they are finish high school.

Part of my presentation is an introduction where I introduce myself to them using my Blue Bomber highlights, because when I walk into the classroom the students have no Idea who I am. After I show them the footage of my playing days they appear to be more engaged. I have had teachers come up to me and tell me they watched me play when they were in junior and senior high school. Some even say they remember me from when they were in elementary school, and I smile taking it in as an accomplishment. I also work as a project manager for some of our pre-employment construction training programs, giving participants an opportunity learn skills as a carpenter. It is really a big thrill when I am out and about and I see a student that went through one of our training programs and he/she tells me that they are working as an apprentice or have journeymen ticket or Red Seal and says they started out in my program.

Favorite hobby/ pastime: Traveling around the world with my wife. Watching the NHL and my first love, baseball, on TV, or attending Major League Baseball games. I also like board games, growing tomatoes, grilling or smoking meat. I enjoy fishing and horseback riding, and reading about famous people.

Prized football possession:  Winning three Grey Cup Championships 1984-1988-1990 and having the touchdown football from the 1988 Grey Cup game against the B.C. Lions. I also have the football that I caught against the Toronto Argonauts to break Joe Poplawski’s all times team-reception record for the Bombers, which has since been broken by Milt Stegall. All the Blue Bomber team pictures.

They would probably make me pay for the dinner after all the blocking they did for me, and I wouldn’t mind paying for all they helped me to accomplish during my eight years playing for the Bombers. I learned so much about the Canadian Football League, especially from Joe and Rick. They taught me not only how to play this great game, but how to be great at it. I spent many, many hours watching those two practice and how they approached and respected the game.

Most talented Bomber player you played with was: I had the opportunity to play with some extremely talented players doing my time as a Blue Bomber and I think that is why we had so much success. Some names that may have faded from the fan’s memory and maybe didn’t get the recognition they deserve for the amount of contribution they exhibited while playing for the Bombers, names like James Reed, David Shaw, Pete Catan, Bennie Thompson just to name a few. But for me I will have to say the most-talented was Dieter Brock.

Coming out of Utah State University I could run the 40-yard dash in 4.3 seconds and I was once timed at 4.29 when NFL scouts came up for Pro day. I could bench press over 300 pounds and was the third and second leading receiver in the nation my junior and senior year at Utah State. Playing in a pro-set type offense gave me a very high confidence level to running any pass route coming out of college, Speed and strength and confidence is a lethal combination to have as a receiver.

Dieter had an arm unlike any other QB I had played with before, and I played with some very good ones in college. With the skills set I mention above I just needed time for him to get to know me, I had to wait my turn and learn the game. Waiting for my time gave me the chance to see him throw to guys like Mike Holmes, Eugene Goodlow, Martin Cox, Bob Giddies and of course Rick House and Joe Poplawski — all guys that had plenty of success in the Canadian Football League. Watching and learning from those guys and having the extra 15 yards to the width of the field and the 25-yard end zones made me eager to see if this game was for me.

All Dieter needed was one degree of separation and sometimes 0 degrees. A defender could be on your back and he would pin the ball on to you. He could throw any pass pattern, a 3-step slant, a 12-yard out or in, or curl a deep post or what we called a ‘Bomb’ — go deep he could throw it 90 yards and I could blow pass a defensive back and go get it.
Some of my favorite memories with him was were in practice chasing deep passes down like a golden retriever. I really wish I could have played a few more years with him.
I will also put Ken Hailey into this category, his playing weight was around 165 pounds — pound for pound he was one of the toughest defensive players I had the pleasure of playing with during my days.

Bomber coach who had the most influence on you: Cal Murphy. I had some very good coaches at Utah State and they taught me a lot about how to practice and study film, but Cal took it to another level. He was all about being disciplined, conditioning, and doing it over and over until you got it right. There were times during the 1983 and ‘84 seasons when there were only two outside receivers, Jeff Boyd and myself. We had to do our individual period, one-on-one with the defensive backs then run the scout team plays, offence team plays, then gassers (conditioning) after practice.

To be fair, Trevor Kennerd and Bob Cameron often stepped up to give Jeff and I break running the scout team plays. Cal taught me how to be a professional. I also appreciate Mike Riley’s style as a head coach.

What you miss about playing football: Everything from the fun we had in the locker room and on road trips, to the competition week in and week out along with the pressure to win each time we step on the field.

Football is the closest sport to combat, coaches strategize in the meeting room, players don their uniforms and line up against their opponent. Victory is measured in territory gained and in how well one unit out-maneuvers the other. I miss the glory of my body in peak condition, the bond of brotherhood, the sweet joy of victory and the agony of defeat. It is said that while the memories of such a time fade as a man grows older, the wisdom he gleans from the experience will echo throughout his life. I totally agree with that.

What you don’t miss about playing football: I don’t miss the two-a-day practices. I like to practise, but training camp was brutal. The criticism you have to endure after losing a game… I get it, it is a part of the game,  but that’s unlike any occupation other than politics. Your job is on display for the world to see and most of the time it is out of your control what people write or say about your performance.

I learned that if you give it everything you’ve got and you still lose, you can walk back to the locker room knowing you gave it your all, you just got out-maneuvered that day, so learn from the criticisms and prepare better for the next time around.