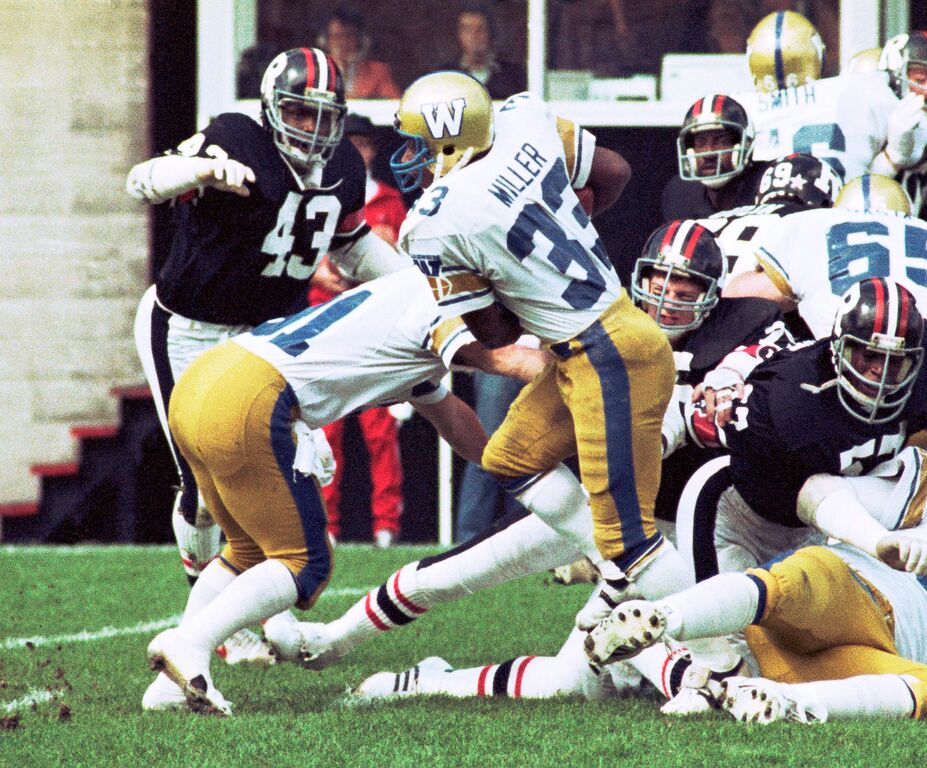 The Winnipeg Blue Bombers alumni has lost another member in former all-star running back William Miller.

Miller died Thursday, on his 62nd birthday, after a battle with cancer.

A product of Ouachita Baptist University in Arkansas, Miller – who was born in Rison, Arkansas – first came north to the Calgary Stampeders and the Canadian Football League in 1980 after a tryout with the Atlanta Falcons. The Stampeder backfield was crowded back then with James Sykes and Willie Burden carrying the ball and Miller was released before being scooped up by the Bombers.

It proved to be a wise move for both parties, as Miller rushed for 1,053 yards in his first season and was named the CFL’s Most Outstanding Rookie Player. Injuries limited Miller to just 10 games in 1981, but he still led the club in rushing with 684 yards. Healthy again in 1982, Miller again cracked the 1,000-yard mark with 1,076 yards and was named an all-star.

Miller then headed back south to the Cleveland Browns and the Pittsburgh Maulers and Orlando Renegades of the USFL before returning to Canada to play four games with Toronto in 1986.