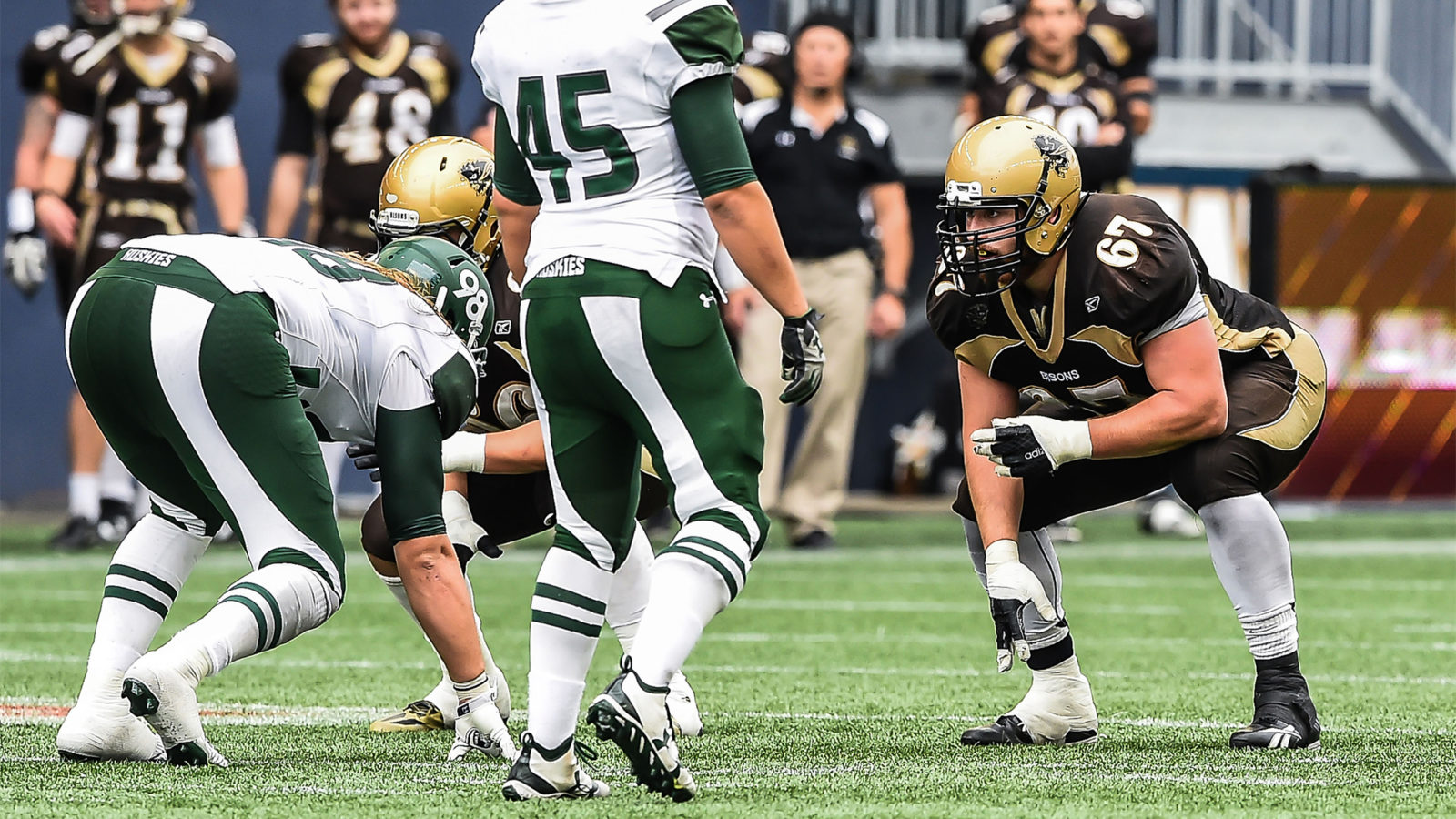 WINNIPEG, MB., October 15, 2018 –   The Winnipeg Blue Bombers today announce the club has agreed to terms with national offensive lineman Geoff Gray, who was selected by Winnipeg eighth overall in the 2017 CFL Draft. Gray is with the team through the 2020 season.

The Winnipeg-born lineman has spent the past season in the NFL, originally signing with Green Bay and later spending time in New York (Jets) and Cleveland.

“We are very excited to have Geoff on board with us,” said Blue Bombers General Manager Kyle Walters. “When we selected Geoff we knew there would be a period of time, at best, where he would be exploring NFL options. We’re very glad he has chosen to return to Canada and begin his CFL career.”

Gray (6-6, 310, Manitoba, August 11, 1994 in Winnipeg, MB) was named the Canada West Outstanding Down Lineman of the Year in 2017, a Canadian University first-team all-star, as well as a Canada West all-star. He played in all 32 games with Manitoba (starting 30) as well six playoff games, playing both guard and tackle.

“I am very excited to be joining the Winnipeg Blue Bombers,” said Gray. “I look forward to being able to play at home in front of family and friends. It is rare to be able to play professional football where you grew up, and in the same stadium with many fond memories from  university football.”