John Rush’s Cut for the Cure 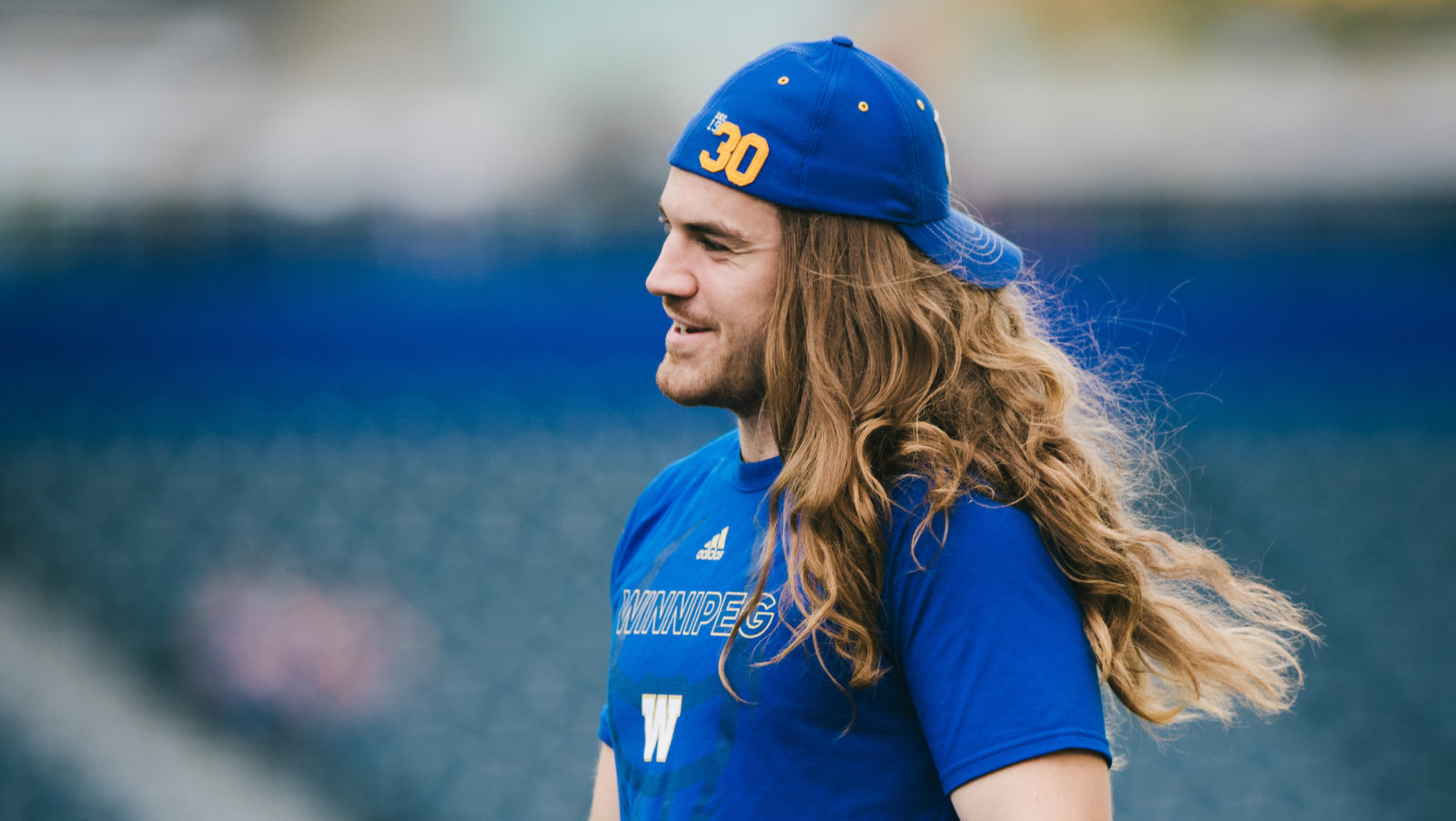 John Rush’s Cut for the Cure

John Rush of the Winnipeg Blue Bombers before the game against the Edmonton Eskimos at Investors Group Field in Winnipeg, MB on Thursday, June 14, 2018. (Photo: Johany Jutras / CFL)

The years have long since passed now, but the images still embedded in John Rush’s memory banks are as vivid and detailed as if the moments had unfolded just this morning.

Here’s the background: Rush, a fullback with the Winnipeg Blue Bombers, was nine and living in Niagara Falls, Ont. when his mother Debbie was first diagnosed with breast cancer. Understandably, the news was both devastating and frightening to the whole family, and that fear only grew as the chemo treatments slowly brought about physical changes before his very eyes.

“I look back at it now and I was really too young to fully grasp what was happening,” began Rush in a chat with bluebombers.com this week. “But my mom did the full chemo and lost 100 percent of her hair. I watched her go through that and it was scary. You don’t really know at that age what’s happening. But I knew something bad was happening. I was scared.”

“I still remember when my mom had a wig and what it looked like,” Rush added, with a grin. “She looked like John Lennon in The Beatles… it was a pretty funky looking wig.” 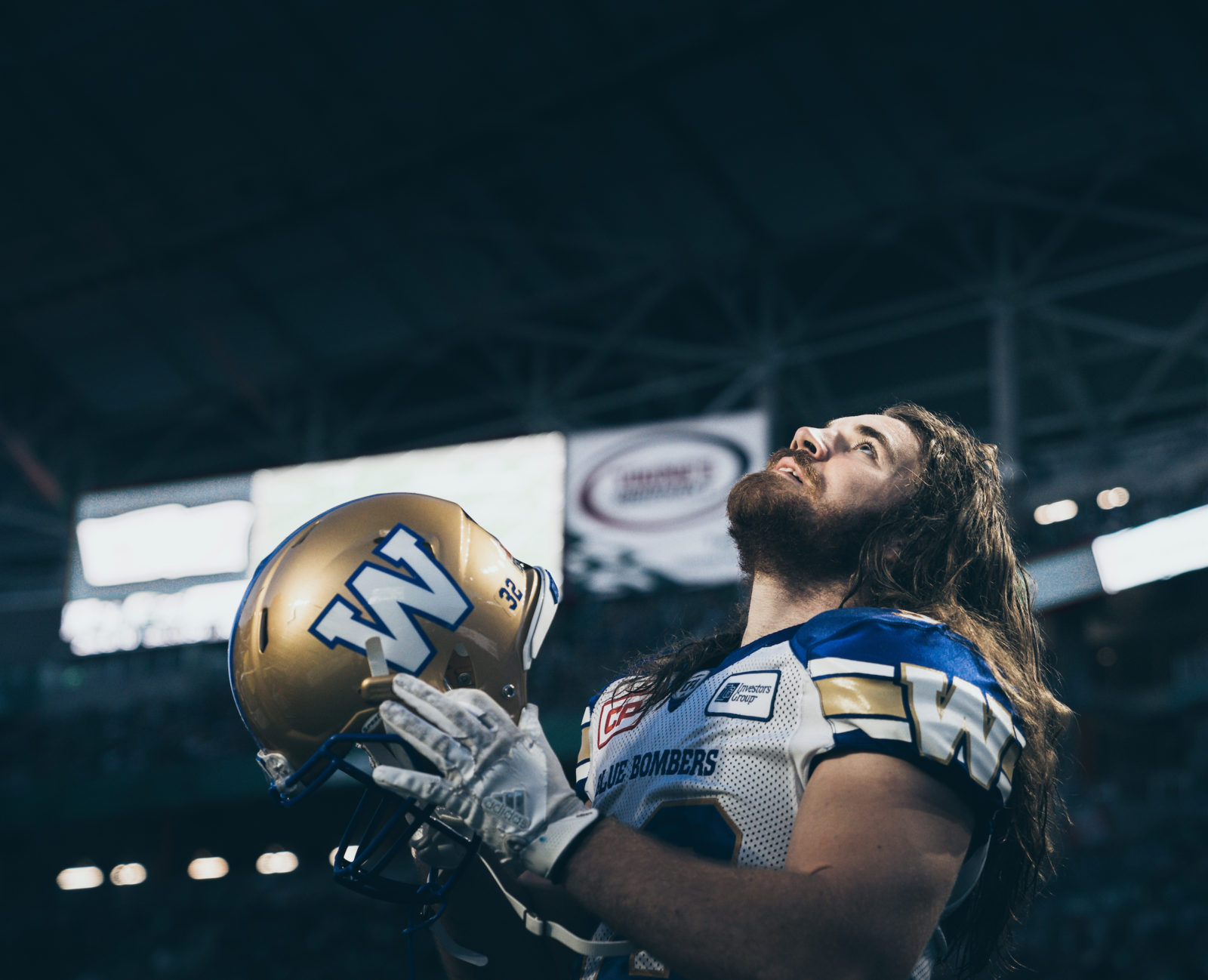 All of this helps explain a project that is five years in the making for Rush. During the Bombers’ Fan Appreciation Day at Investors Group Field on Sunday, he will plop down in a chair and have his long, flowing locks first braided into two lengths and then chopped from his scalp to make wigs for cancer patients. He’ll then have his head shaved as an act of solidarity for those currently going through chemo.

Rush’s ‘Cut for the Cure’ fundraiser has raised $3,500 for the Canadian Cancer Society as of this week and he’s hoping the cause – see the details here – will help in a small way toward the research and support services for cancer patients and their families.

The Rush family’s story with cancer has many layers, as not only was his mother diagnosed with breast cancer – she is in remission and will soon celebrate her 60th birthday – his grandmother battled it twice before passing, while two aunts and two cousins have both fought the fight. His sister is at extreme risk of having it as well, and is now being regularly checked every six months.

“It’s something that hits very close to home for me,” Rush explained. “But my story is not that unique because there are countless other people who have been affected by it. I’m fortunate that my mom pulled through and I was still able to grow up with her. It’s been quite a journey. I’ll admit it, it’ll be tough to see my hair go, because it’s going to be a big change. But I know it’s going to someone who needs it and so I’m happy about that.

“I always told myself that if I ever made it to become a professional athlete I was going to try and use my position to do something good because this struck so close to home.”

It’s here where the story has developed even more depth of late. Rush’s cause has caught the attention of football fans, and those just wanting to step up and help with donations. One of those fans is Parker Reuther, an eight-year-old who lives in Grand Cache, Alberta – a town nestled in the Rocky Mountains about 400 kilometres west of Edmonton. Rush is Parker’s favourite player – the two met after a Bombers game in Edmonton last year – and when he heard details about the ‘Cut for the Cure’ he immediately began to do his part, especially since his grandmother had also been diagnosed with cancer. 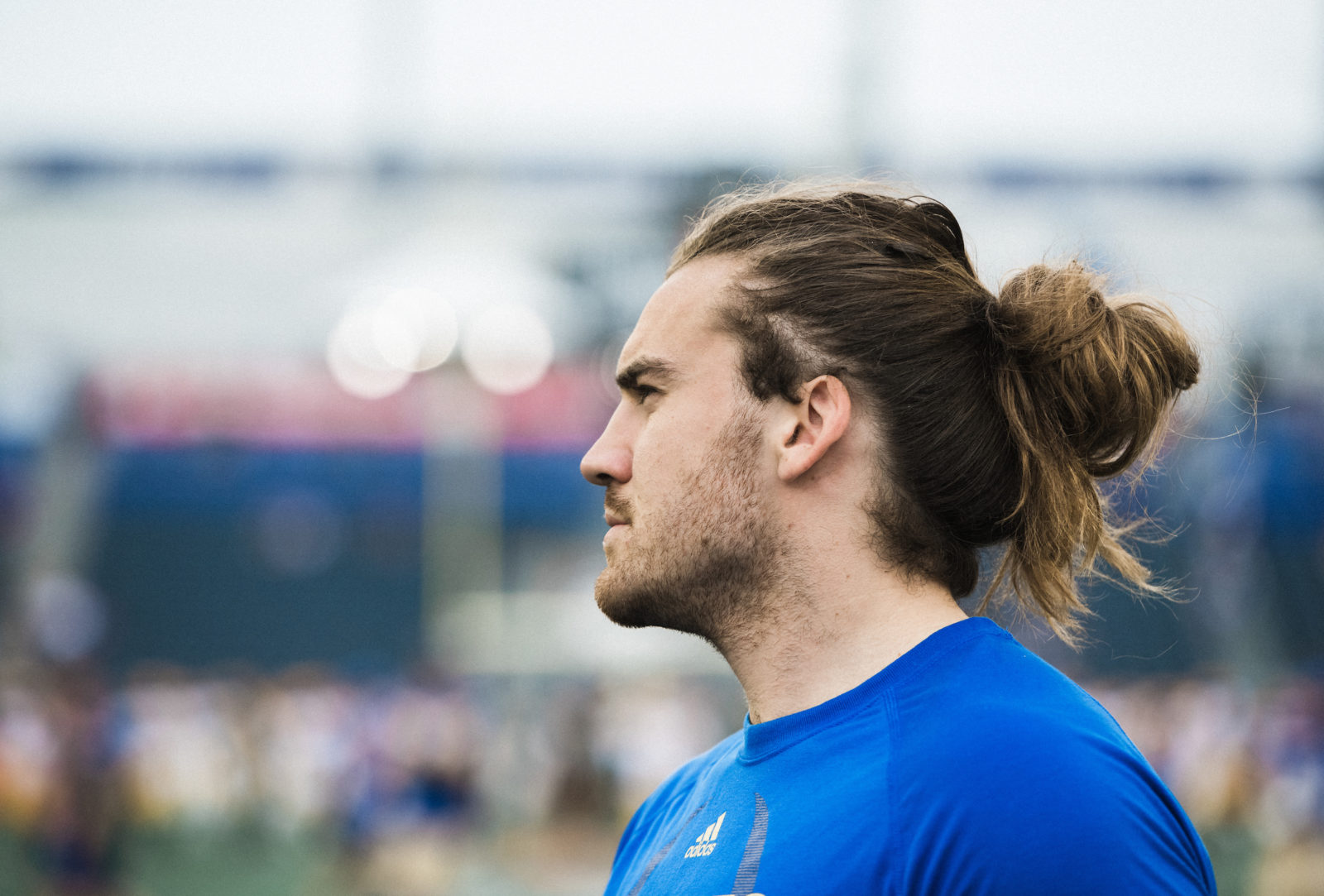 Parker took every cent of the money he had earned during the summer to his father to donate to ‘Cut for the Cure’, and then went on his own fundraising campaign around Grand Cache. He’s at $320 and counting.

And it is stories like that which have driven Rush.

“When Parker’s dad texted me that… I was overwhelmed with emotion,” said Rush. “I just didn’t think I could have that kind of reach with this. I’m just some guy from Niagara Falls whose mom had breast cancer and I’m just trying to give back to that community. They’re from Grand Cache, Alberta and to think I’m affecting a kid all the way out there is… it’s crazy. Never in my wildest dreams did I think it would be happening like this.

“His dad initially told me of this and I said, ‘Tell him to keep his money. He’s young. Save it or put it in an investment fund.’ But his dad said, ‘No. He has everything he needs. This is something he wants to do. He looks up to you.’ All I can think is, ‘Dang… that’s cool.’”

Rush long had a fighting spirit and he believes the foundation of that drive comes from his mother and his family’s fight against cancer. It’s given him a perspective many don’t get until adulthood and both a will to succeed and a carpe-diem/seize-the-day approach to life.

“It changes you, for sure,” said Rush. “You never expect it to be your mom or your aunt… and then it is. It reminds you that life is short. And with football it pushed me. Playing professionally had always been a dream of mine, no matter what it would take. I tore my ACL. I didn’t get drafted. I got cut the first time I was here and I didn’t let it stop me because it was something I wanted to do.

“You know, seeing all this firsthand can change your emotional range,” Rush added. “A small example: when I used to see a baby, it was like, ‘Whatever. They’re all the same.’ But then my brother just had his first baby and, I don’t know why, but it’s like I’m in love with babies now. That’s a happier example, but whenever someone experiencing cancer tells me about it, I feel it. I know what it’s like to be a part of that experience. Now I really understand it. It’s terrible to see it. It’s terrible to watch someone go through it. And, for me, the worst part is I felt helpless. You just want to help so badly.

“That’s what I’m trying to do now. It’s the only way I know to possibly help them or help out in some way.”