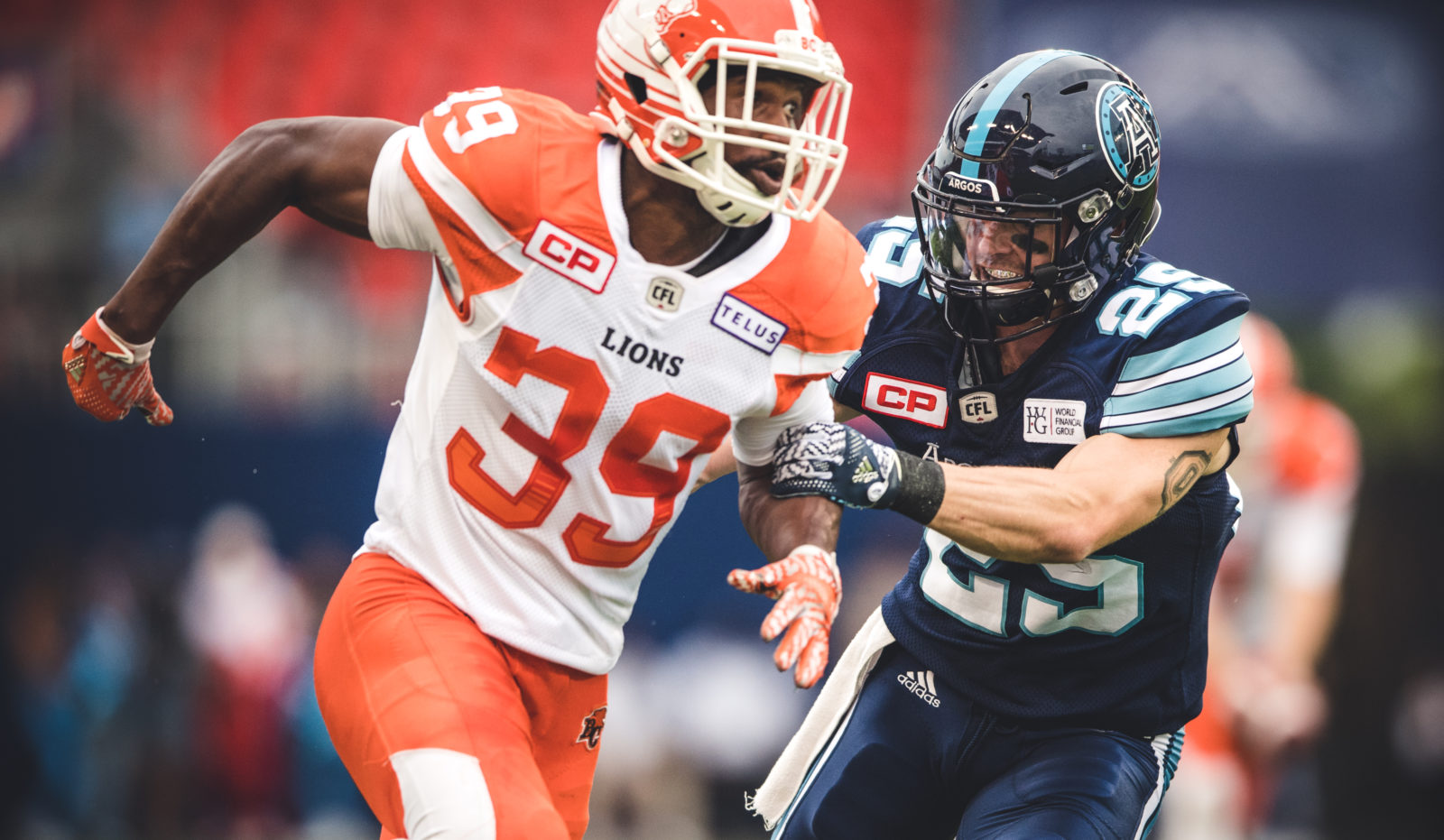 Matt Webster (25) of the Toronto Argonauts during the game against the BC Lions at BMO Field in Toronto, On., Friday, June 29, 2017. (Photo: Johany Jutras)

WINNIPEG, MB., February 13, 2018 –  The Winnipeg Blue Bombers today announce the club has signed international defensive back Chandler Fenner. Fenner has spent the past two seasons with the BC Lions.

Prior to joining the BC Lions, Fenner spent time in the NFL with Kansas City, Seattle, and the New York Giants, winning a Super Bowl while on the reserve with Seattle and playing in 11 games with the Giants in 2014.