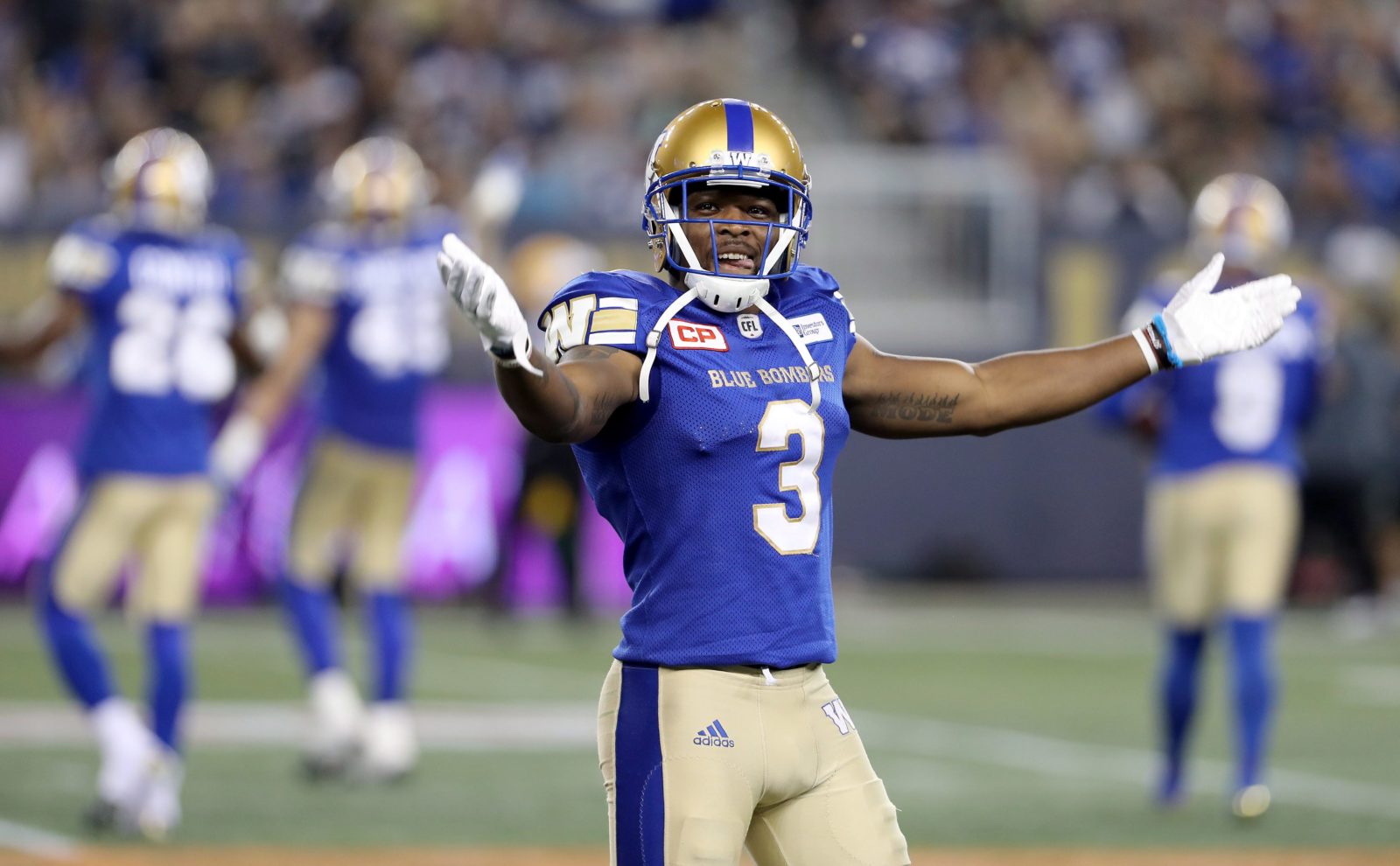 Winnipeg Blue Bombers' Kevin Fogg (3) gestures to the crowd while playing against the Edmonton Eskimos during the second half of CFL football action in Winnipeg, Thursday, August 17, 2017. THE CANADIAN PRESS/Trevor Hagan

Fogg has spent the past two seasons in Winnipeg since joining the team as a free agent prior to the 2016 season. Playing in 33 games during that time, Fogg has registered 108 defensive tackles, one sack, six interceptions and three forced fumbles.