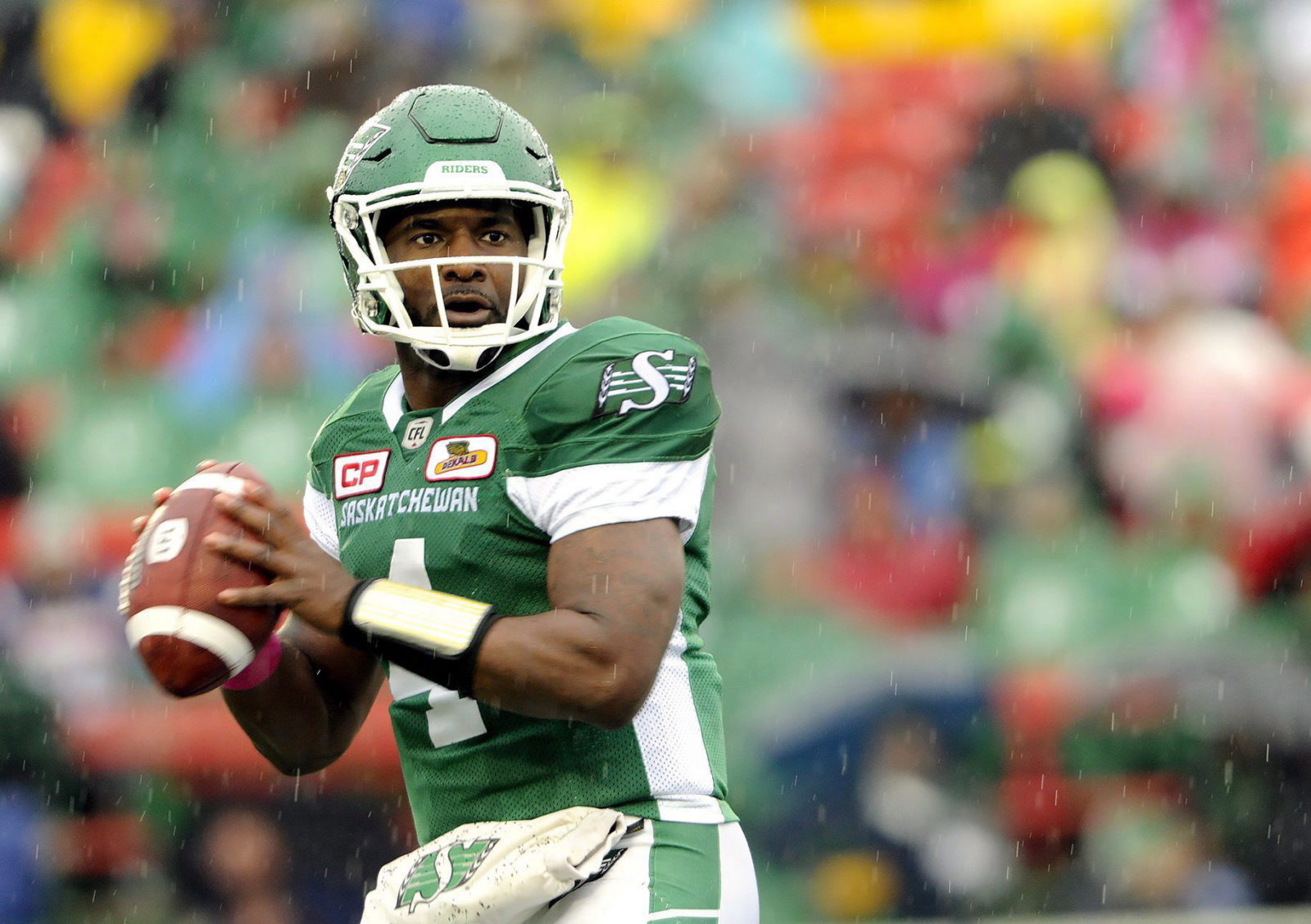 Saskatchewan Roughriders quarterback Darian Durant (4) looks for a receiver during first half CFL action against the Montreal Alouettes, in Regina on Saturday, October 22, 2016. THE CANADIAN PRESS/Mark Taylor

The 12-year CFL veteran spent last season with the Montreal Alouettes and and previously with the Saskatchewan Roughriders, posting career totals of 31,740 yards and 167 touchdowns in 174 games (128 starts). Durant is currently 14th all-time in CFL passing yards, and has had 38 300-plus yard games, with seven 400-yard plus passing games. He’s also added 24 rushing touchdowns throughout his career.

“One of our objectives this offseason was to solidify depth at the quarterback position behind Matt Nichols,” said General Manager Kyle Walters. “Not only is Darian a veteran player in our league, but he brings a wealth of experience to our quarterback room and our locker room. In many facets, it’s a great addition for us, and we welcome Darian to the Bomber organization.”

Durant led the Riders to three Grey Cup appearances (2009, 2010 and 2013), winning the 101st Grey Cup in 2013. Durant was also the backup quarterback for Saskatchewan in the 95th Grey Cup in 2007. He played collegiate football at North Carolina, setting multiple school records, and finished as one of the most accomplished quarterbacks in Tar Heels history with 68 passing touchdowns and 8,755 passing yards.