BLOG | Weston Dressler in a class of his own 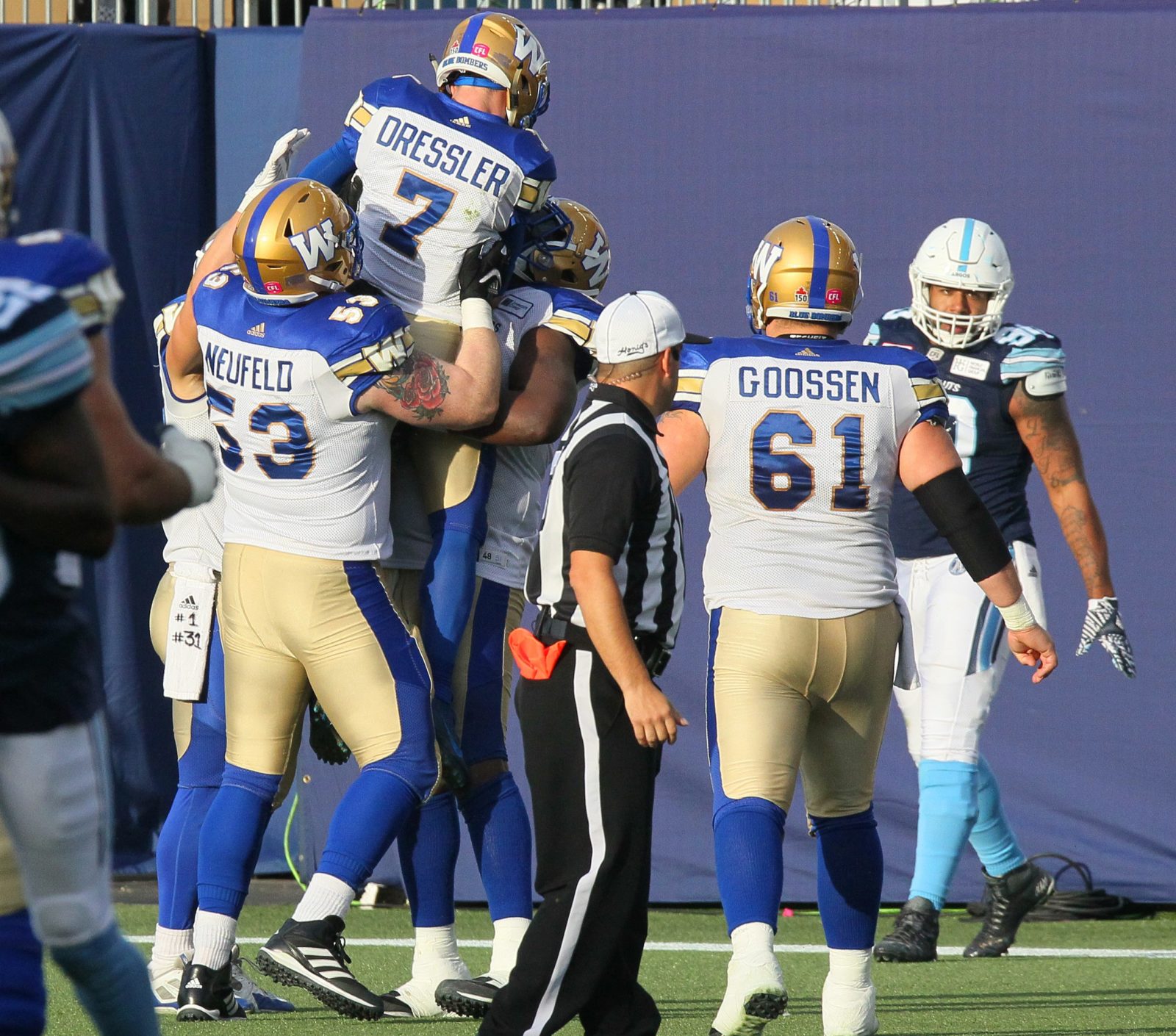 BLOG | Weston Dressler in a class of his own

The saying ‘he’s a pro’ is overused in pro sports. I am guilty of it as much as anyone, although usually when I use it, it’s because it’s completely fitting. Andrew Harris, Matt Nichols, Weston Dressler and Stanley Bryant come to mind, and the list goes on and on.

To me, being a pro means leading by example. It means doing everything at a professional level, including dealing with the media, good or bad. Fortunately, our room is filled with these characters, more so than any other year since I first started with the Bombers.

But of course, some separate from the pack. To me, as the PR Director, I look to these leaders even more when the team loses, or when a certain player in the room had a costly mistake in the game. I always recommend addressing the issue or the play in question with the media immediately after the game, but of course this isn’t always easy to do and I won’t force anyone into an uncomfortable situation. 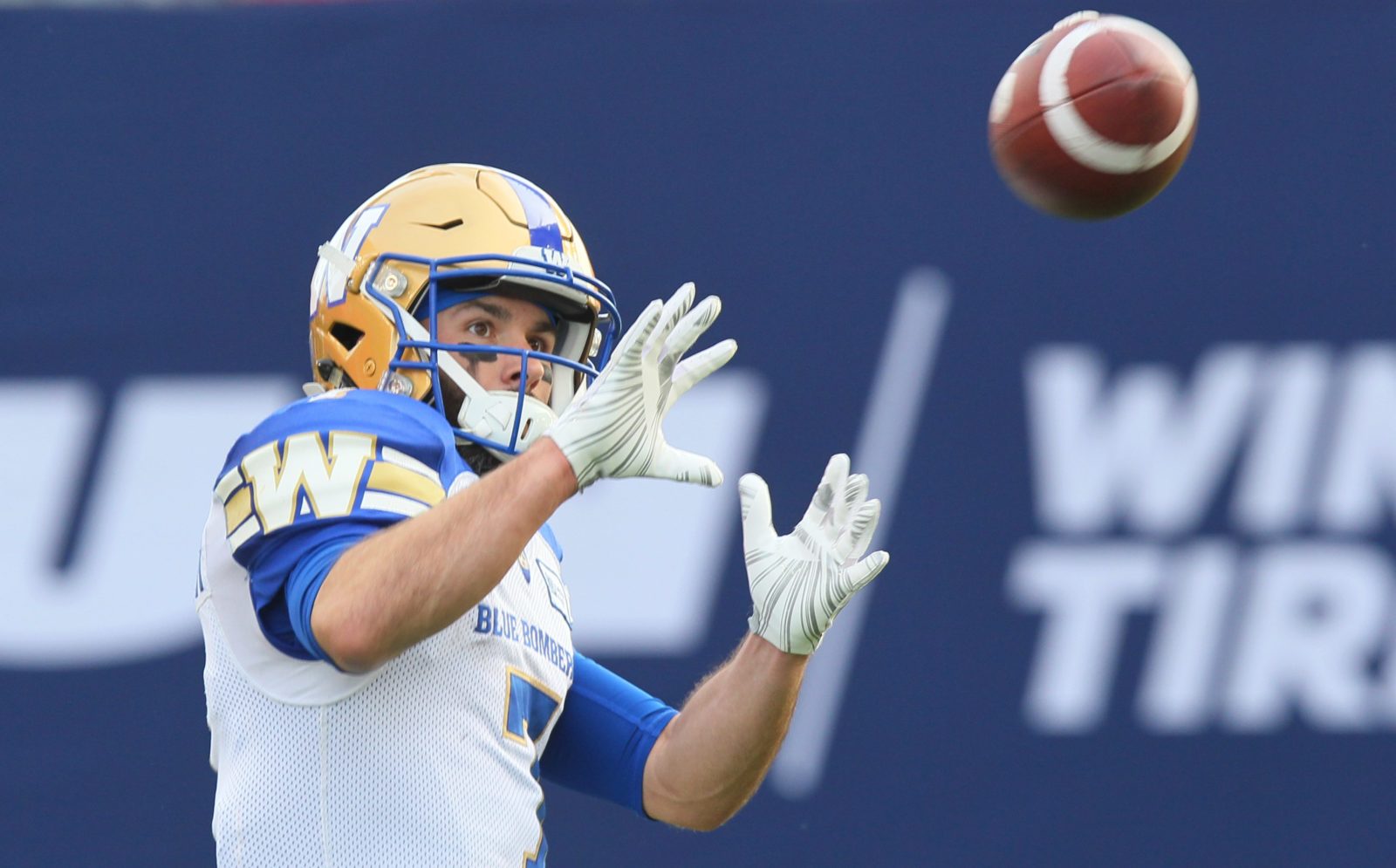 When the team loses a game, I often rely on players like Andrew, Matt, or Weston. As leaders, they know why I am coming over to them before I even say a word; I need them to come out and discuss what happened on behalf of their teammates.

Weston Dressler is almost always that guy, and even though he may not want to, or may not feel like it, he knows the fans want answers, and without even blinking an eye, will begin walking out of the room with me.

After we had lost Darvin Adams in Week 17 , we were a bit thin at receiver heading into Toronto on October 21st.  Losing a guy like that was a major blow, but we also had one of the best in Weston returning to the field. They are different types of players, but both are extremely talented and the hope was that the return of one would offset the loss of the other.

Early in the second quarter of that game, Head Athletic Therapist Al Couture came over to where GM Kyle Walters and I were standing on the sidelines. Al is a great friend and incredible at his job, but I absolutely hate seeing him walk towards us during a game – it’s never to deliver good news. And it wasn’t.

“’Dress’ broke his hand,” he said. “He’s not sure when it happened, but he’s going to stay in until it swells up and then he’ll have to come out.” 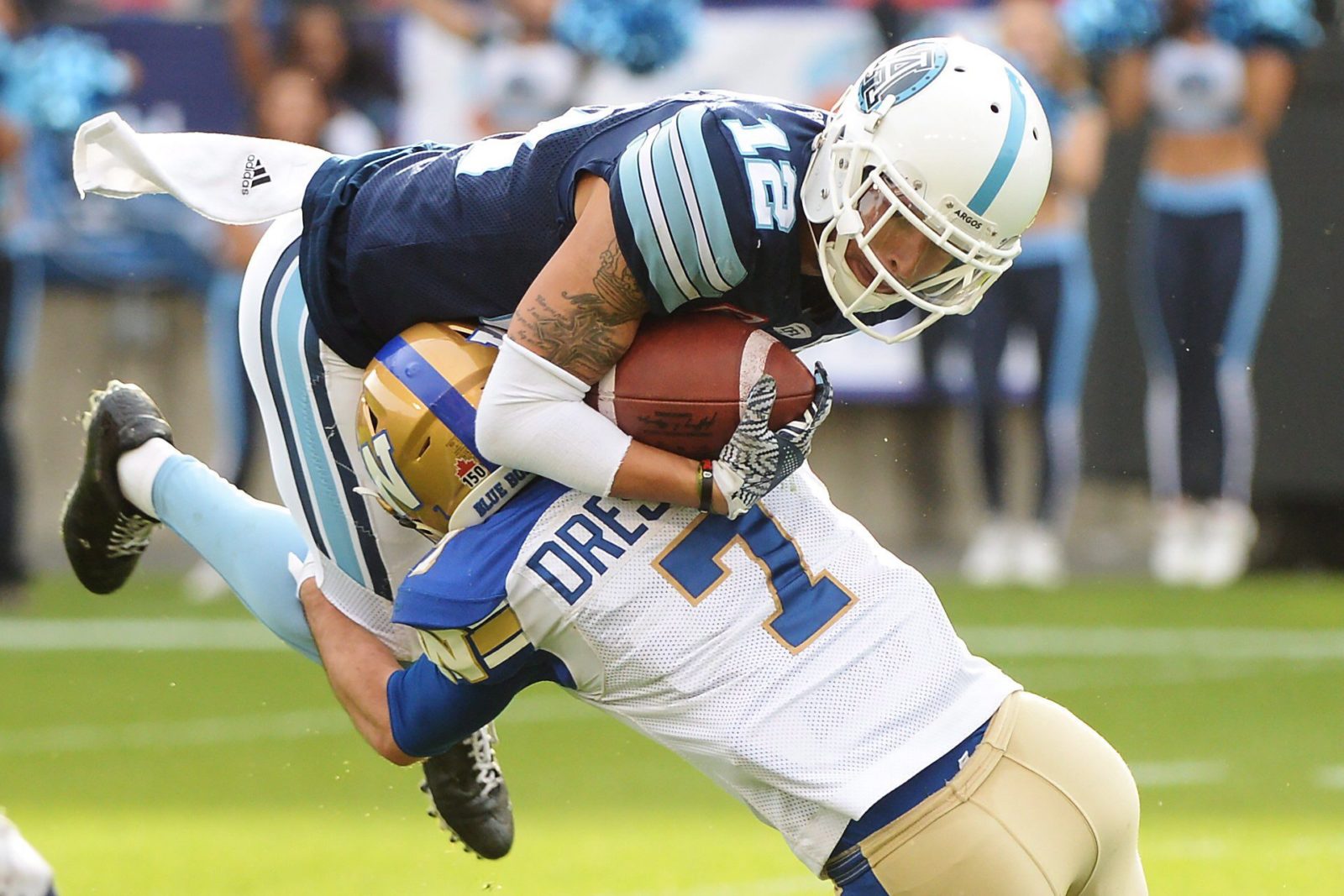 Needless to say, the GM let out a one-word expletive. It was such a blow. After a few minutes, I went back over to Al and asked him for a bit more information, mainly out of curiosity. Would he be done for the season?

“Yes, once it swells, he won’t be able to catch a football,” Al revealed. “This is the same thing (another player) had and he was out six weeks or so.”

‘Crushing’ didn’t even begin to describe it.

I looked over at Dressler and he was noticeably favouring his hand, but was about to go back out for the next drive. And then this happened…

Honestly, it almost made it worse! Weston is out there making incredible plays with one hand, as a receiver, and the clock is ticking, literally, on his season. By the time he came to the bench, he was having trouble taking off his own helmet, so a teammate would undo one side for him. It was tough to watch, because if you know the guy, it is absolutely impossible not to like Weston Dressler.

By halftime he was in a lot of pain, but as we crossed paths in the locker room, he still had his gear on and appeared as if he was getting ready for the third quarter. I asked him, “are you staying in??” He looked up and said, “I have to.”

Although we ended up coming out on the wrong end of that one, Dressler returned to Winnipeg with the team knowing he may be done for the season. Likely would be done for the season. After visiting with team doctors, he was given the details: He could play, but it would make it worse and he may need surgery at the end of the year. Option B was to shut it down and let it heal. 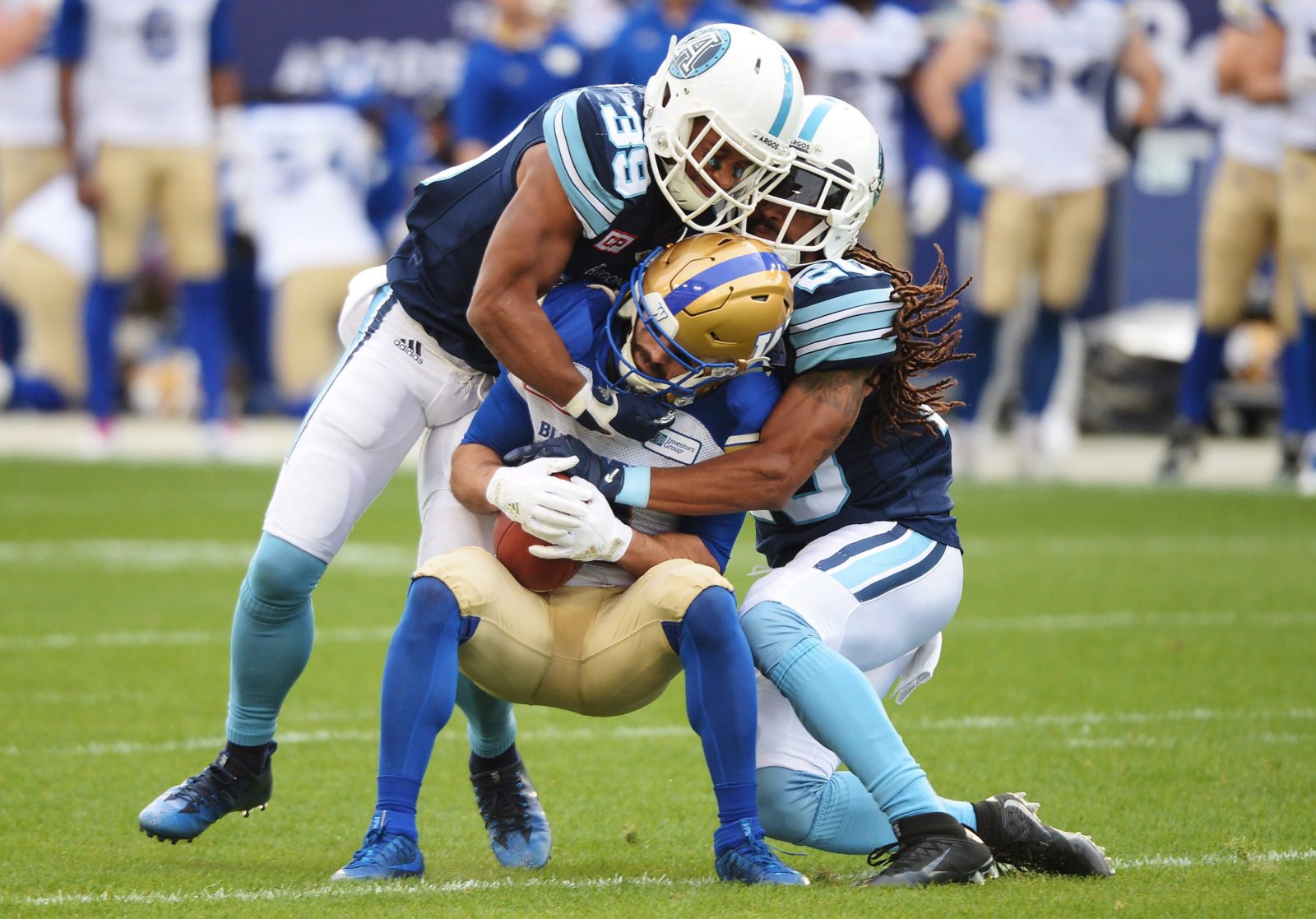 All he heard was that he could play – his mind was set. Now the biggest challenge for the team was to make sure no opponents found out, knowing one solid swat of his hand could end his season on the spot.

If you were none the wiser, you wouldn’t have noticed it. But Weston did almost everything with one hand from that point on – catching balls with his one good hand whenever possible, and running practices for a week following the game without the quarterbacks throwing him a single pass, on purpose.

Leadership is defined in many ways, but what I witnessed from Weston Dressler over the final four weeks of the 2017 season was impressive. He is a special player, another coach on the field, a fierce competitor who would do anything for his teammates, and to be able to work with him for another season is beyond exciting.