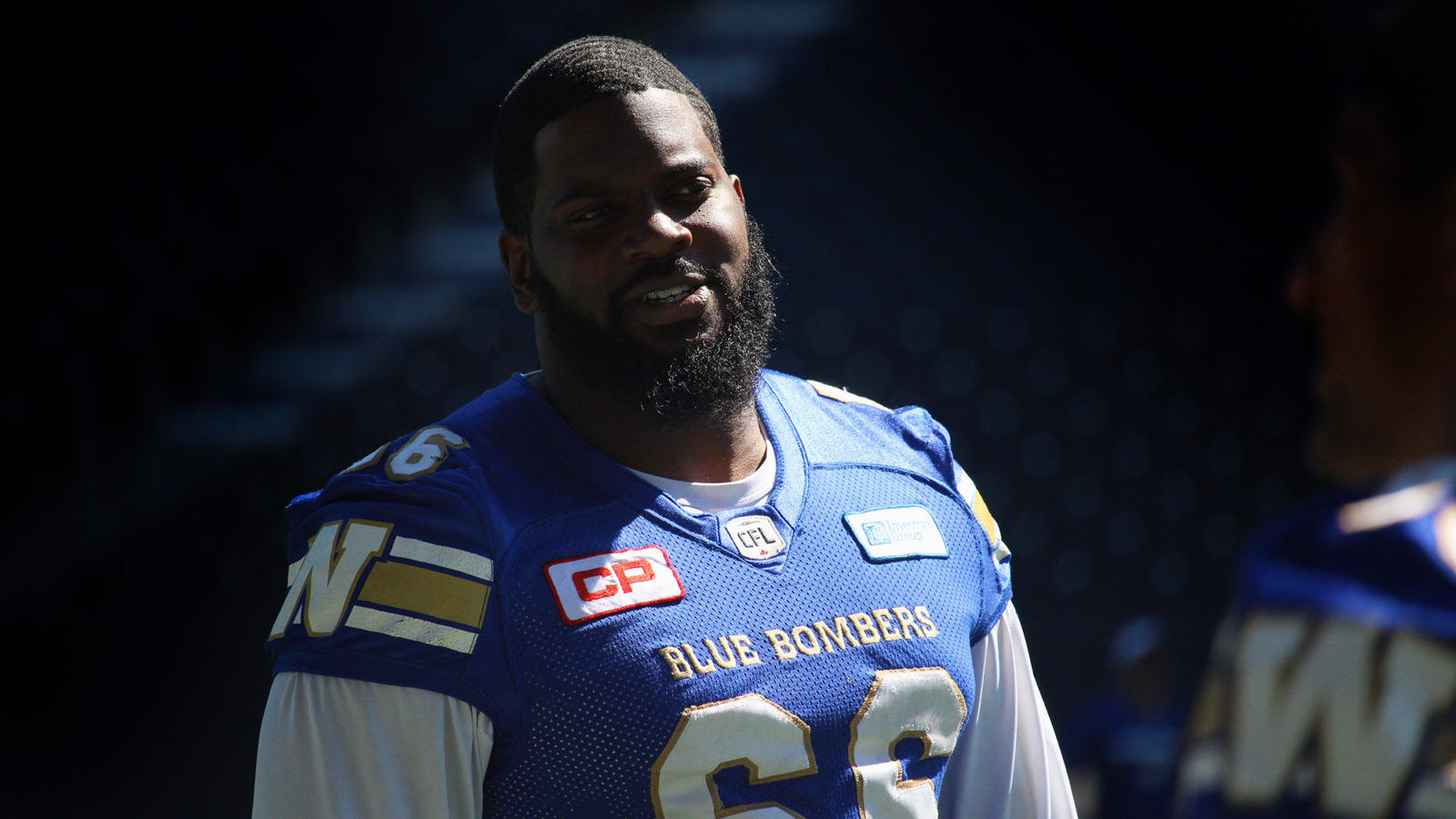 WINNIPEG, MB., December 12, 2017 –   The CFL’s Most Outstanding Offensive Lineman, Stanley Bryant, has agreed to terms on a  new two-year deal with Winnipeg. Bryant was set to be a free agent in February.

Named a CFL All-Star for the third time in his career while also capturing the CFL’s Most Outstanding Lineman award last month, Bryant will enter his fourth season in Winnipeg in 2018. Bryant started every game at left tackle since signing with Winnipeg in February of 2015, boosting his consecutive games played streak to 65. Bryant played in all 18 games in 2017 and anchored an offensive line which paved the way for the league’s leading rusher and a group that played together almost the entire season.

“Stanley is an exceptional talent on our offensive line,” said Blue Bombers General Manager Kyle Walters. “Obviously his winning the Most Outstanding Lineman award this season speaks for itself, and he is such a strong anchor for an already very solid group. He elevated his game a step further in 2017, and we’re excited to see even more from him moving forward.”

The nine-year CFL veteran spent his first five seasons in Calgary, winning a Grey Cup in 2014 and was named a CFL All-Star in 2013 and 2014. Bryant has started 120 CFL games, six playoff games, and two Grey Cup games.