Neufeld & Hardrick Back on Board 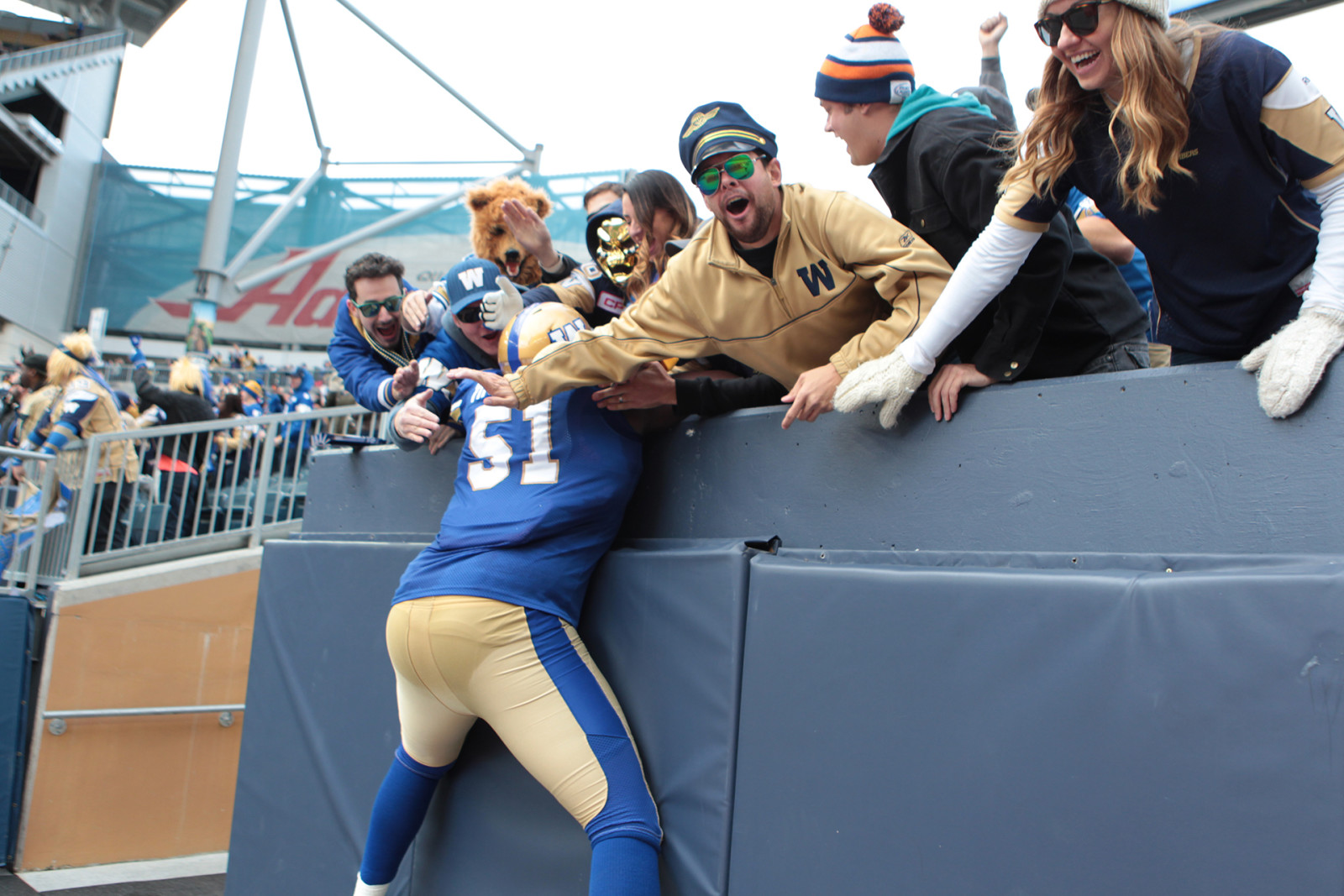 Neufeld & Hardrick Back on Board

It was real and it was emotional. And when Jermarcus Hardrick scribbled his name on a contract extension with the Winnipeg Blue Bombers this week, it was all admittedly a little overwhelming.

“I’m still in shock,” began the Bombers right tackle, whose one-year extension was announced Thursday. “This has never happened to me, man. It still doesn’t seem real.

“This is important for me to be able to take care of my family… it’s hard to put into words. I know my agent had been talking to the team and I told them this is the best place for me and my family.

“I’m so happy it’s worked out. Winnipeg has given me so much in the last two years.”

Take a peek at Hardrick’s nomadic pro football history and you get a sense of why these aren’t just hollow words from the big man from Courtland, Mississippi. After starring at the University of Nebraska, he had tryouts with five National Football League teams and a stint with the Arena League’s Arizona Blaze before he came north to Canada. 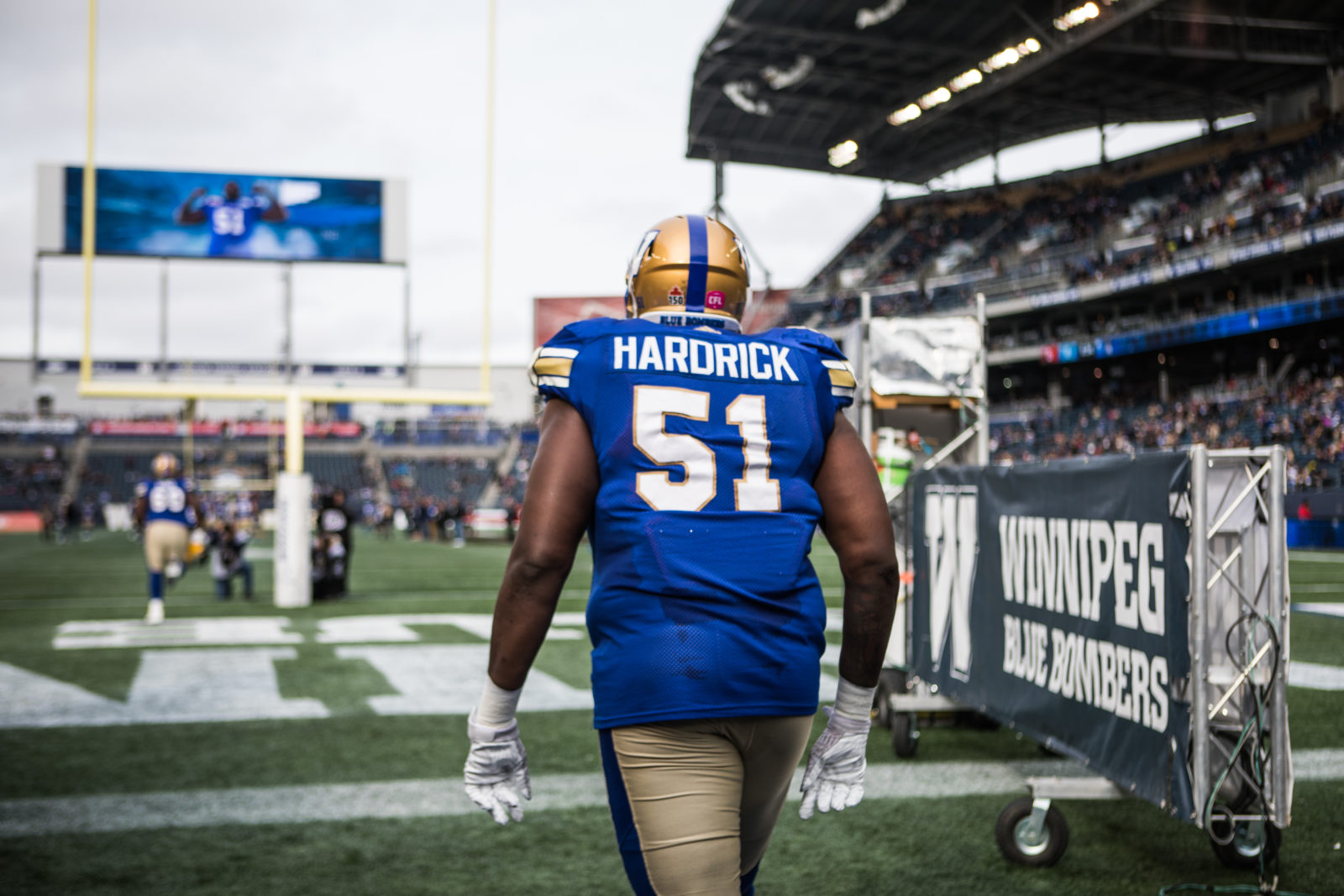 He started his first game as a member of the B.C. Lions, ironically against the Bombers in 2014, then spent 2015 with the Saskatchewan Roughriders. He was brought to Winnipeg last year, seen mostly as a veteran depth guy who might push for work.

What Hardrick has become in his two years with the Bombers is much more than that. He is an emotional leader, the type who will follow Andrew Harris into the end zone after a touchdown run and then hoist him up on his shoulders before doing his now trademark ‘Hardrick Hop’ into the end zone stands as a celebration.

He loves to win, despises losing, and appreciates every day he can arrive to work and still see his jersey and name plate at his locker stall.

“Today is a day I’ve dreamed about,” said Hardrick, who was named a West Division all-star this season after starting 18 games. “We all dream about getting a call, that ‘We’re going to take you in the draft’ or ‘We’re going to sign you.’ I’ve never been drafted before, I’ve never had this feeling before where a team wanted me or showed this to me.

“I left the office this morning with an unreal feeling. I’m used to leaving on the last day of my contract or coming into the office and having them say, ‘We’re not going to bring you back’ or ‘you’ve been cut.’ This time it was ‘We want to sign you back.’

“I’m still going to walk on eggshells,” Hardrick added. “I’m going to come to work with that same hunger. That’s all I’ve known.”

Neufeld, meanwhile, signed a two-year extension in a move that helps alleviate some of the uncertainty with the Bombers offensive line heading into the offseason, although both Stanley Bryant and Travis Bond remain pending free agents.

The seven-year veteran of the University of Saskatchewan – acquired in a trade with the Roughriders in 2013 – started the last three games of the season at left guard in place of Bond, who was battling an upper-body injury. 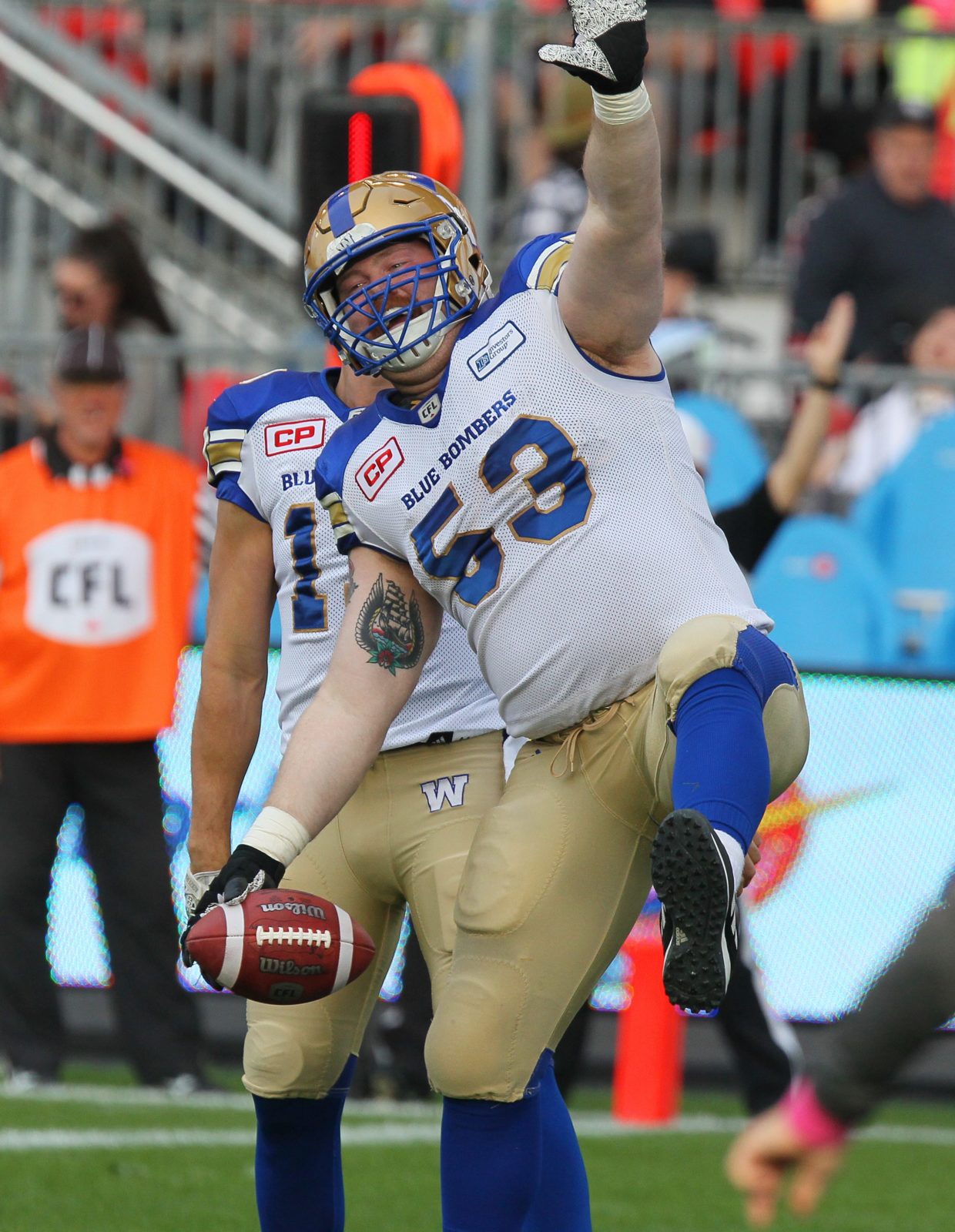 Neufeld, still just 28, has proven to be a valuable starter and spot starter at tackle and guard and is an immensely respected member of the Bombers offensive line group. His return doesn’t guarantee the Bombers might switch the ratio up front from starting two Canadians and three Americans to three homegrowns and two imports, but it does guarantee the club maintains the depth to do so in 2018.

How the ratio plays out, Neufeld insists, wasn’t even discussed in his short contract talks. He wanted to return because of the work environment and because he believes this team is inching closer to a championship.

“It feels like we’re right on the cusp,” he said. “This year we felt like we were ready to take that next step and get to the Grey Cup and win it. We were a couple big plays short… no discredit to Edmonton, that’s a helluva football team.

“We’re close. For me, it’s about that and about the locker room and the culture that (GM) Kyle (Walters) and Osh (head coach Mike O’Shea) have been building. It’s drawn me in, it’s kept me motivated and it’s an infectious place to be. It’s a great place to come to work and compete every day.

“It does sound corny and cliché, but the level of commitment to the players in this locker room is so high. It comes from the GM to the coach and the entire coaching staff and the amount of trust they give us allows us to have control over our own room. There’s no cliques… it’s a locker room that enjoys coming to work.

“It’s hard to describe because I’ve been in it for four years now,” Neufeld added. “When I got traded here in 2013 it was quite dysfunctional. I was only part of that group for one year, but seeing the changes over the course of Kyle and Osh’s tenure here… it’s the quality and character of the guys. It’s just brought a completely different mindset and attitude to our locker room.”