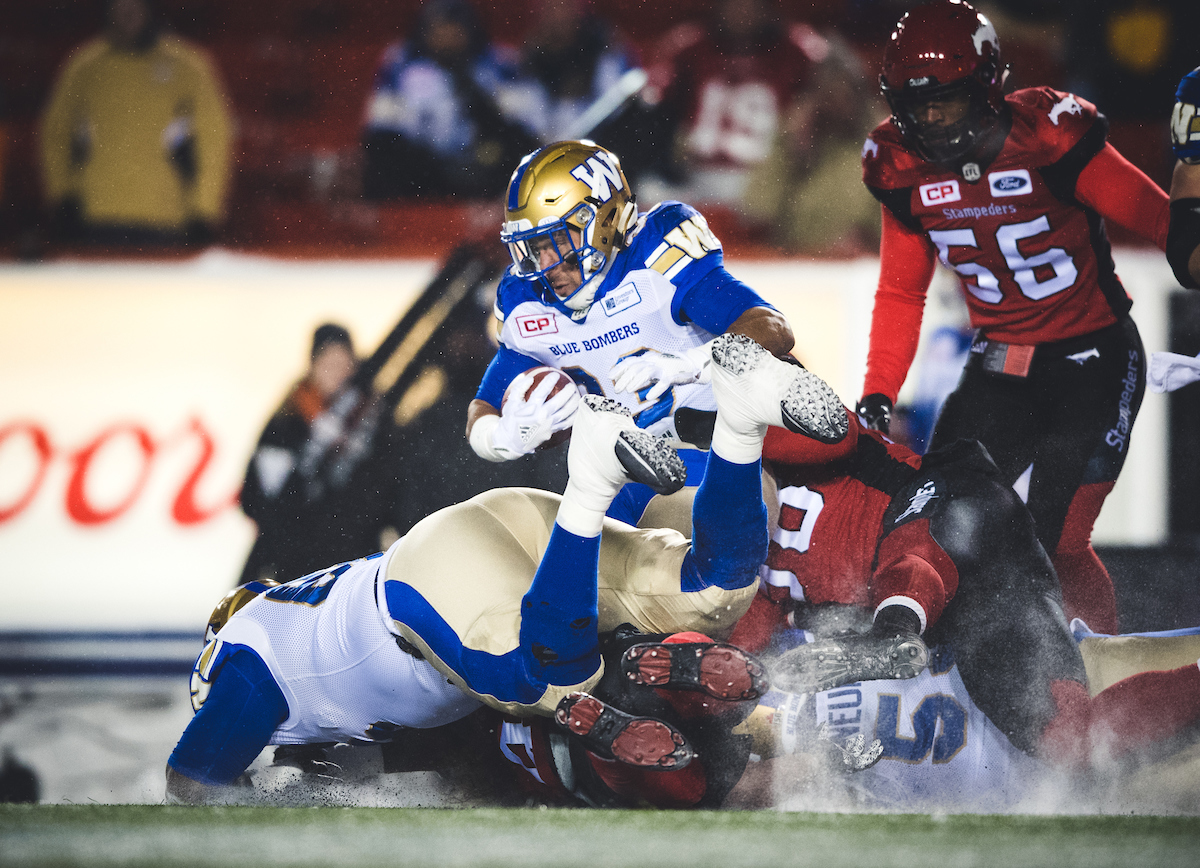 Andrew Harris (33) of the Winnipeg Blue Bombers during the game against the Calgary Stampeders at McMahon Stadium in Calgary, AB, Friday Nov. 3, 2017. (Photo: Johany Jutras)

CALGARY – ATTN Winnipeg Blue Bombers fans: it’s time to bust out the thermal underwear, the bellaclavas, the snowsuits and the handwarmers – the Grey Cup playoffs are coming to your back yard.

The Bombers locked up second place in the CFL’s West Division with a 23-5 victory over the Calgary Stampeders at a frigid McMahon Stadium Friday night, in a game that checked off just about every item on the club’s to-do list. 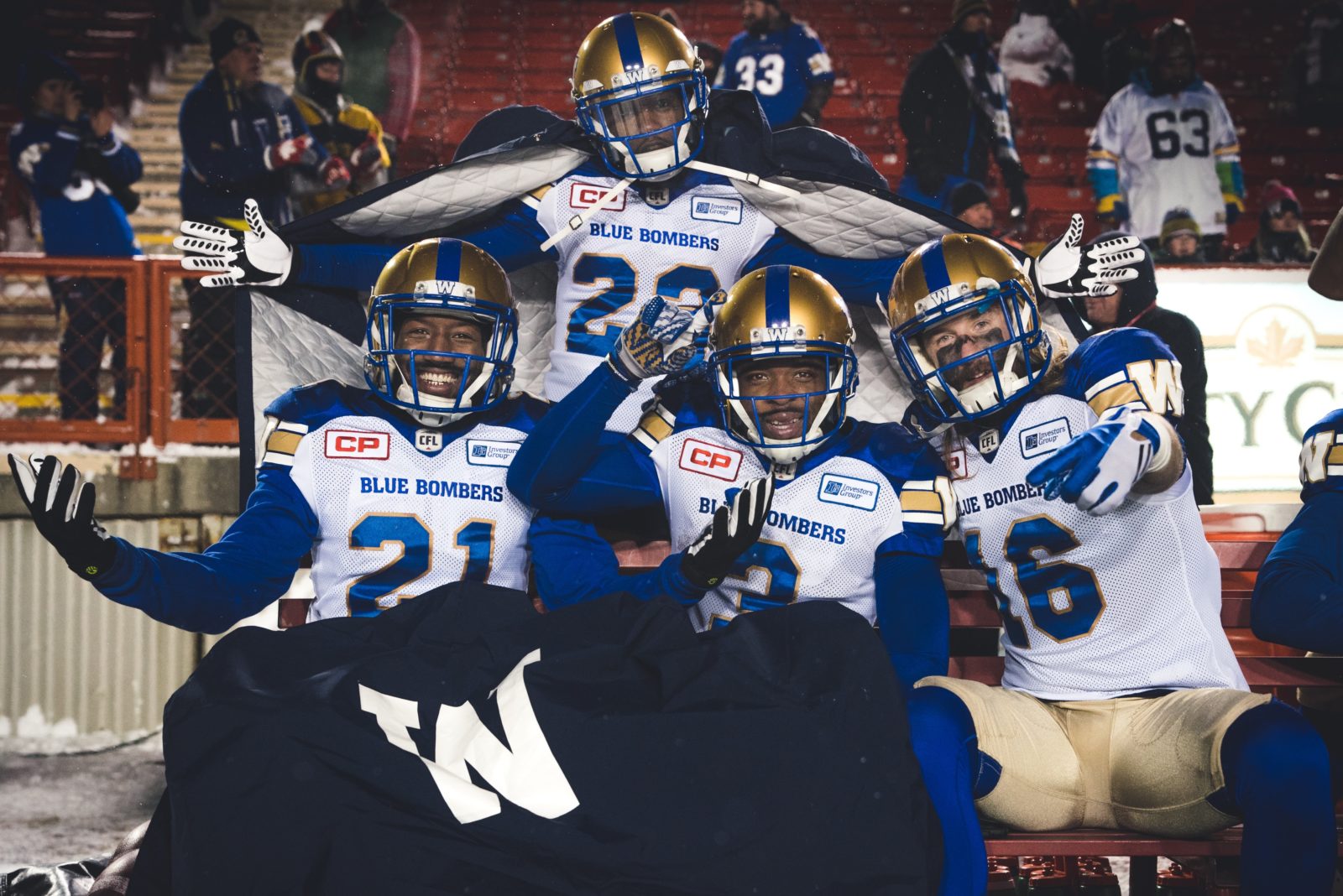 “Our guys came ready to play,” began head coach Mike O’Shea. “They weren’t concerned with any of the distractions. They came in here and showed a lot of determination and grit and were excited for each other.

“It was important that we won this game, it really was. The overall job satisfaction the guys are going to feel at the end of a season… 18 games, bye week to start the season – it was just one bye week in the bulk of the season.”

The Stamps started Canadian quarterback Andrew Buckley, opting to give Bo Levi Mitchell a breather, and the Bombers got after him early. After forcing a two-and-out on the Stamps’ first possession, Brandon Alexander stepped in front of a Buckley pass and then returned it 56 yards for a Pick-6.

The Bombers would get a second defensive score when Ian Wild crushed Buckley on a blind-side blitz, forcing a fumble that was scooped up and returned 52 yards for a TD before the intermission.

“To come out here in this atmosphere in these conditions and set the tone… it’s what we want to do every single week,” said cornerback Chris Randle. “The fact that we’re able to do this in a place where we plan on being back in a couple of weeks (for the West Final), it’s a good feeling.

“You can’t lose a bully game. That’s what (Jamaal) Westerman says and that’s what we live by. He’s one of our leaders and our D-line takes great pride in controlling that line.” 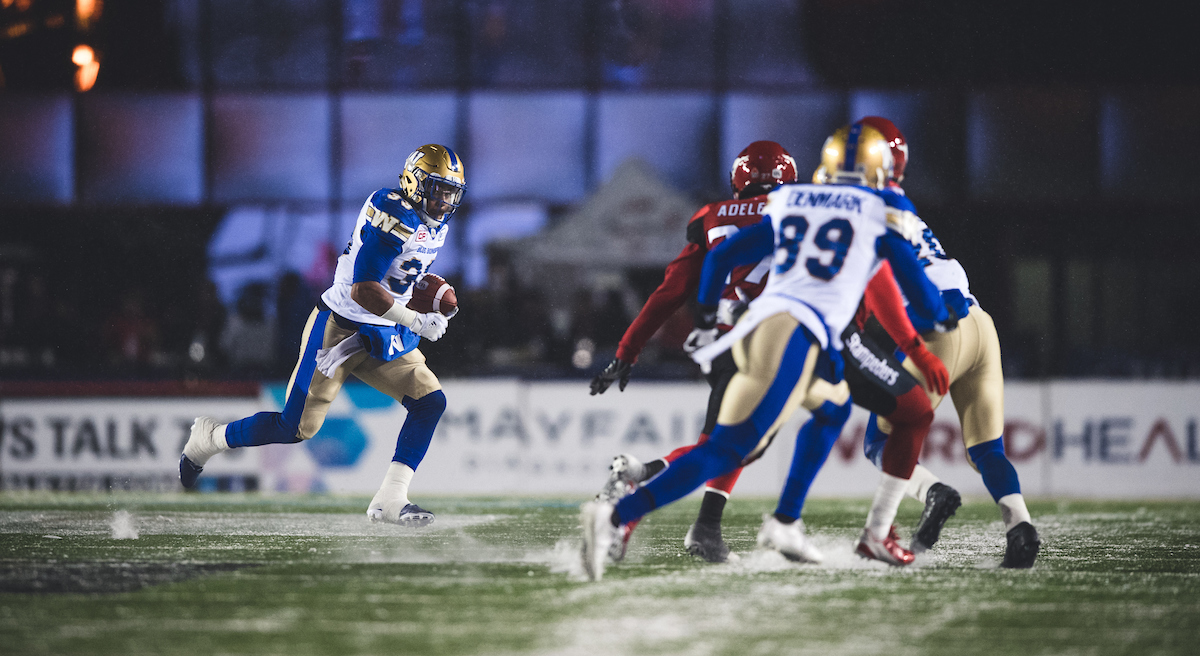 The Bombers offence, meanwhile, got a steady effort from Dan LeFevour, who was starting in place of the injured Matt Nichols – who did dress as the third-string QB – and improved his career record to 3-5; 1-0 in Winnipeg.

“A lot of parts came together for us, obviously,” said LeFevour. “Great special teams play, great defence. We had to play to our strengths in this game and getting the ball to Andrew… it’s great to get a win and a home game next week.

“Considering what we called in the game, we executed how we could. We could have done some things better but Coach LaPo (offensive coordinator Paul LaPolice) did a great job of playing to our strengths, playing to my strengths and understanding the conditions and give us the best chance to win. That was awesome.”

Harris, coming off that hellacious hit just last weekend in the loss to B.C., responded with a dynamic effort. He rushed eight times for 68 yards and caught five passes for 28 yards. And the run that put him over 1,000 yards – a 17-yarder in the first half – was classic Harris as he dragged defenders, broke tackles and kept his balance.

“It’s a tribute to hard work and Matt Nichols and the other quarterbacks finding me,” said Harris of the receptions record. “It’s something I’ve always worked on as a player: catching the ball and being good with it after the catch. It’s a big accomplishment, but the biggest accomplishment was to get homefield advantage tonight and that’s what we were focused on right now.

“We responded. We played well in rough conditions. I thought our defence and special teams played great tonight… the offence, we got first downs when we needed to and the run game controlled the line of scrimmage, which was big. It was a great team win tonight.” 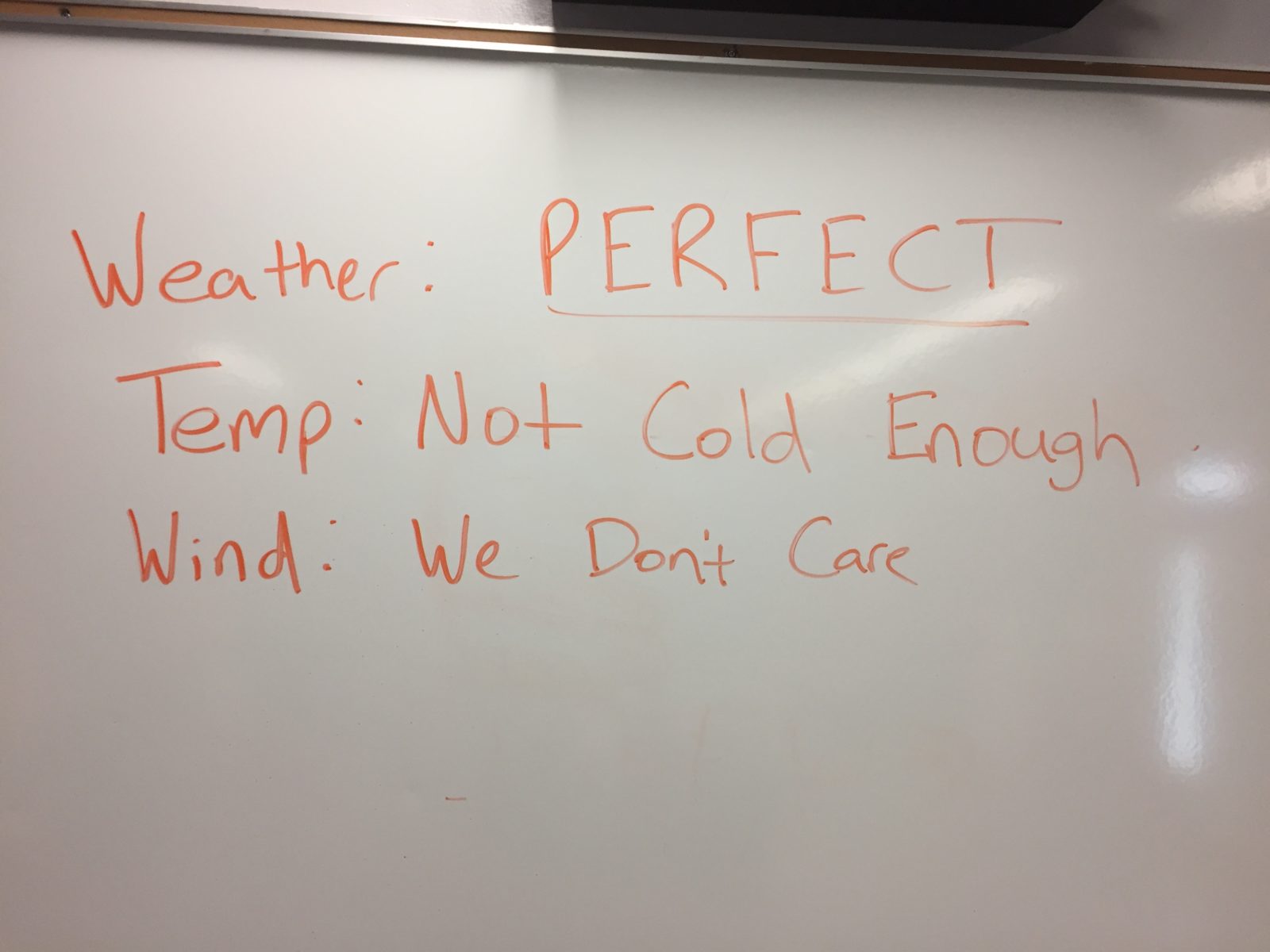 10-for-10: Bombers kicker Justin Medlock finished the season on a 10-for-10 run, kicking seven field goals in the loss to B.C. and three more Friday night in Calgary from 52, 22 and 28 yards.

158: Net offence for the Stampeders Friday.

1,045: Yardage surrendered by the Bombers defence in the two previous games – 556 last week in Toronto and 489 Saturday against the Lions.

2.0: Average yards per touch for Stampeders workhorse RB Jerome Messam. He finished with just 30 yards on 12 carries and had three catches for zero yards.