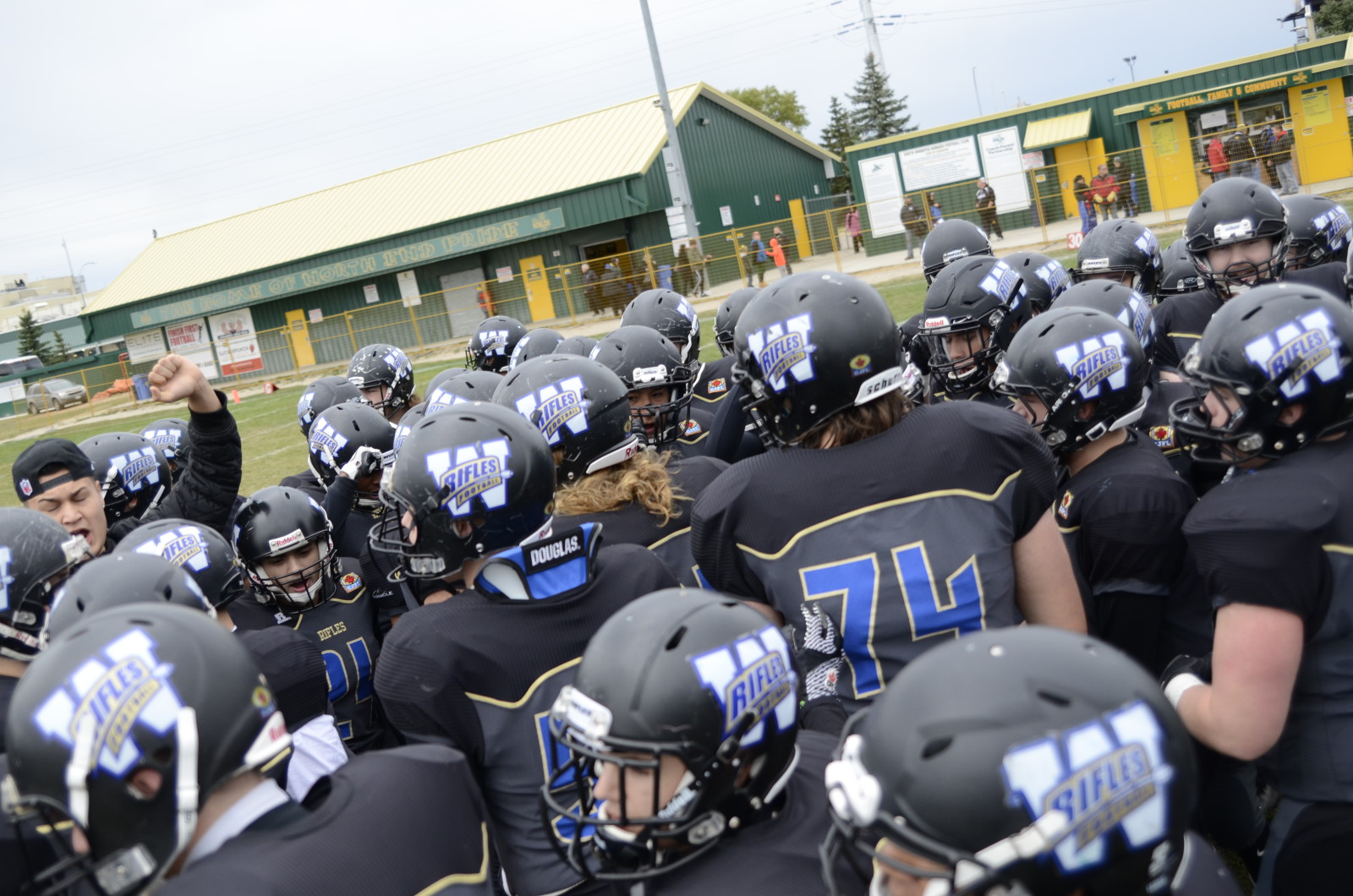 The Winnipeg Rifles head west to Saskatoon Saturday morning to begin the Prairie Football Conference playoffs with one goal and one new rule in mind.

To pull off a colossal upset by knocking off the three-time defending national champion Hilltops, who have won 19 titles in their storied history.

And the new rule?

“We’re trying to get through some of the mental blocks of our older players. It’s probably like teams playing the Calgary Stampeders or the New England Patriots – there is a mental block that comes with that. If things start going south you get the ‘Oh… here we go.’

“We’re trying to change it all up. We’re stopping in Moosimin and practising there. We’re staying in a different hotel, taking a different bus. We’re changing everything.

“We’ve got some new wrinkles,” added Wilson. “We’ve got to try something, right? Isn’t the definition of insanity doing the same thing over and over and expecting different results?” 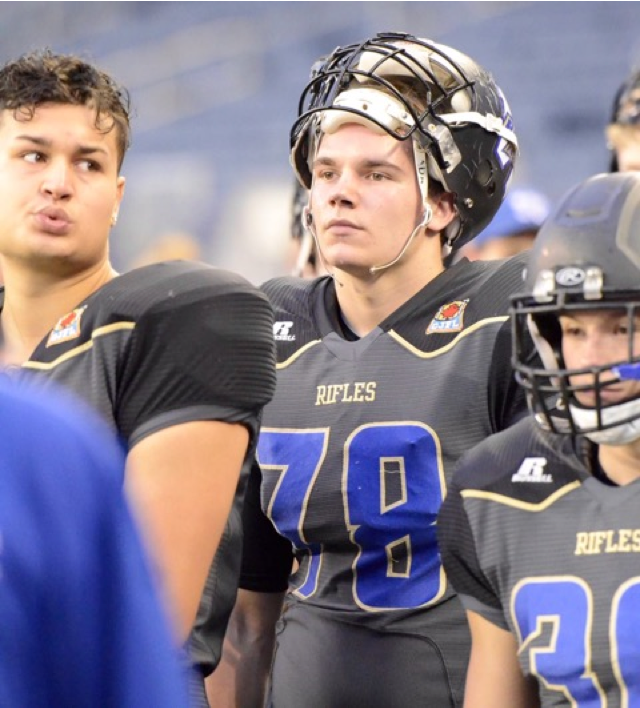 The Rifles, who finished 4-4 and qualified for the playoffs in the second year under Wilson’s watch, will need to overcome more than just mental blocks to upset the Hilltops Sunday afternoon.

Saskatoon was 7-1 this year, including a pair of wins over Winnipeg – 44-0 here in Manitoba in Week 2 and then 52-26 in Saskatchewan on September 24th.

“Honestly, if we could eliminate our second quarter against these guys, we’re right there,” said Wilson. “It’s like the second quarter starts, all hell breaks loose and then you’re chasing it.

“(The Hilltops) are well coached, they’re a disciplined team and they’ve got all that good stuff going for them. They just punish you if you make a mistake. They pounce on you. And once they start rolling…”

The Rifles will again rely on their two-quarterback system featuring Jonathan Remple and Riley Naujoks and rely heavily on running back Micheal Ritchott and receiver Xander Tachinski, who had eight catches for 110 yards and a TD in the last meeting against the Hilltops.

“We have a lot of work ahead of us to do it,” said Wilson. You watch the film and you think, ‘Man, if not for a few plays we’re right there.’ And in most cases it’s not physical mistakes, it’s mental.

“I think the majority of our guys really believe we can win. It’s the older guys who have to get over the stigma of who these guys are. You’re not playing their aura, you’re playing a team wearing blue jerseys.

“But upsets happen. The Ottawa REDBLACKS beat Calgary in the Grey Cup and I’m sure if they played 10 times the Stampeders would win nine. Trinidad and Tobago knocked off the U.S. in soccer to knock them out of the World Cup qualifying. Remember N.C. State knocking off Houston to win the NCAA basketball title?

“Upsets happen. We’re good enough. We’ve got to believe in ourselves. Why can’t it be us?”

Kickoff is scheduled for 2 p.m. CST, and if fans want to watch the action visit the Hilltops website here. Hilltops games are also available here.