Westerman Out For Remainder of Season 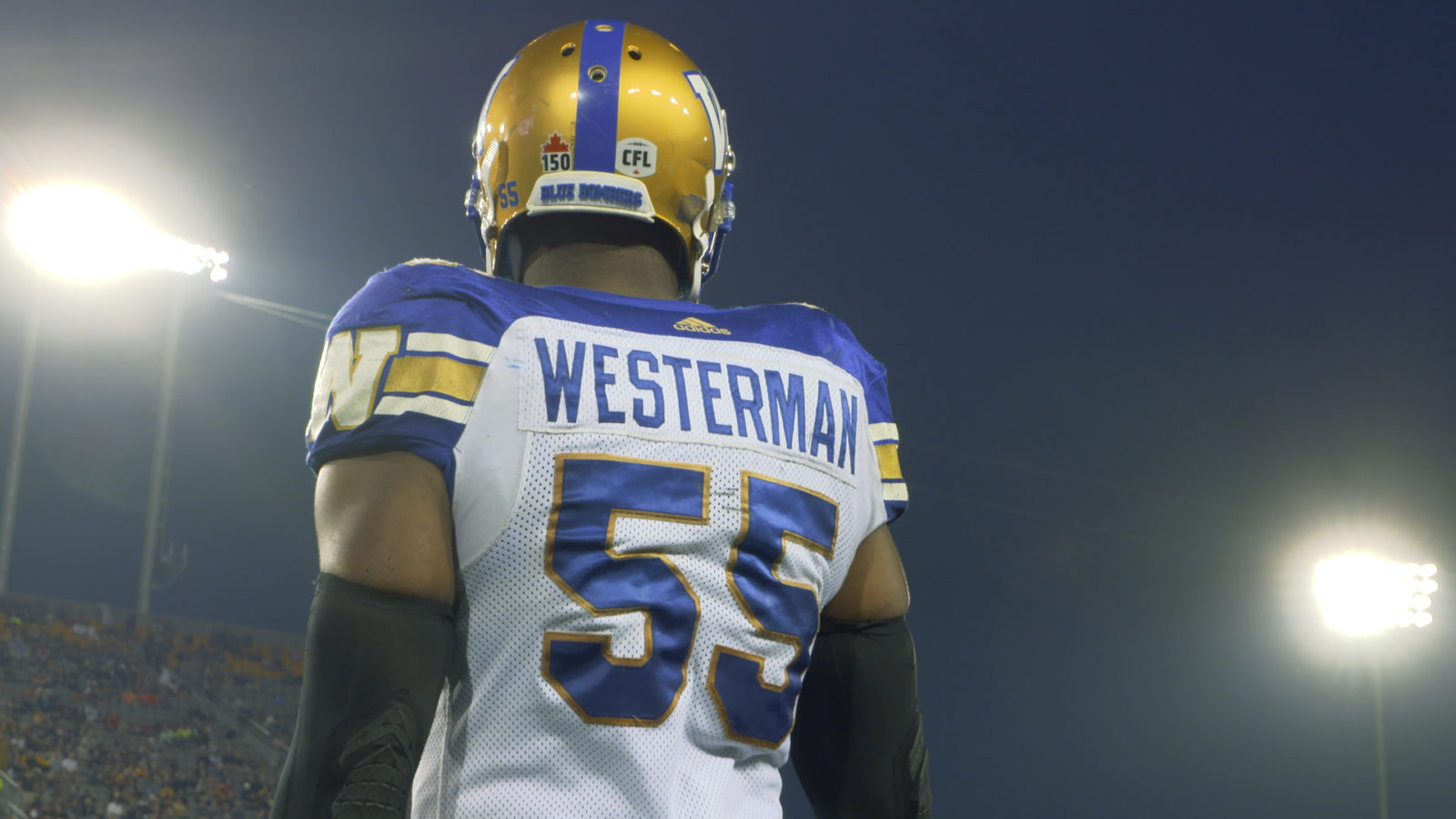 Westerman Out For Remainder of Season

The Winnipeg Blue Bombers have lost Jamaal Westerman – one of their defensive mainstays and a vocal veteran presence – for the rest of the 2017 season.

The crushing news was revealed this afternoon that the 32-year-old defensive end suffered an undisclosed upper-body injury in the Banjo Bowl victory over the Saskatchewan Roughriders on September 9th, and after further evaluation, he will be shut down for the rest of the year.

It will mark the first time in his three years as a Bomber that Westerman will be forced to miss action.

“It’s always disappointing when something like this happens,” said Westerman in an interview with bluebombers.com after the news broke Tuesday afternoon. “One of my biggest things throughout my career has been to always be available to my team. That’s one of the things coaches have always taught me: The best ability is availability.

“That’s how I’ve tried to be accountable to this team. They brought me in here and they didn’t do so for me to sit on the sideline or miss reps, practices or games.”

“I don’t want to say this is devastating, because there are worse things that can happen in your career. It’s a setback. It sucks. But things happen and you’ve got to move forward.”

The loss of Westerman leaves a size-large hole along the defensive line. He is currently leading the team in sacks this season with seven and has 32 QB kills in 47 games over his three years as a Bomber.

“I have no clue how it happened,” said Westerman. “I probably took a hit, it could have happened when I fell or pushed off somebody or somebody might have rolled up on me.

“I’m not exactly sure which play in the game it happened, but I knew after the game and after talking with the trainers that something wasn’t right.”

The Bombers returned to practice Monday after the bye week with Westerman watching as Jackson Jeffcoat worked in his spot, opposite Tristan Okpalaugo. The club does still have Canadian Trent Corney on the roster and Shayon Green, an import, on the practice squad as defensive-end options.

Westerman’s absence will affect the ratio if Jeffcoat does indeed start or leave the team thin behind Corney if they opt to continue to start a Canadian at the position.

But Westerman offers so much more beyond what he brings to the field. He is a respected leader in the dressing room and a standard bearer for his defensive linemates.

That role won’t change, he insists, even while sidelined.

“I’ll approach it the same way,” he said. “I’ll go to meetings. I’ll watch film and try to find tendencies… it’s the same thing I would do in any week, except now I’m not doing it for myself. Now I’m doing it for Trent, for Jackson, for Tristan, for Shayon and the entire D-line group. 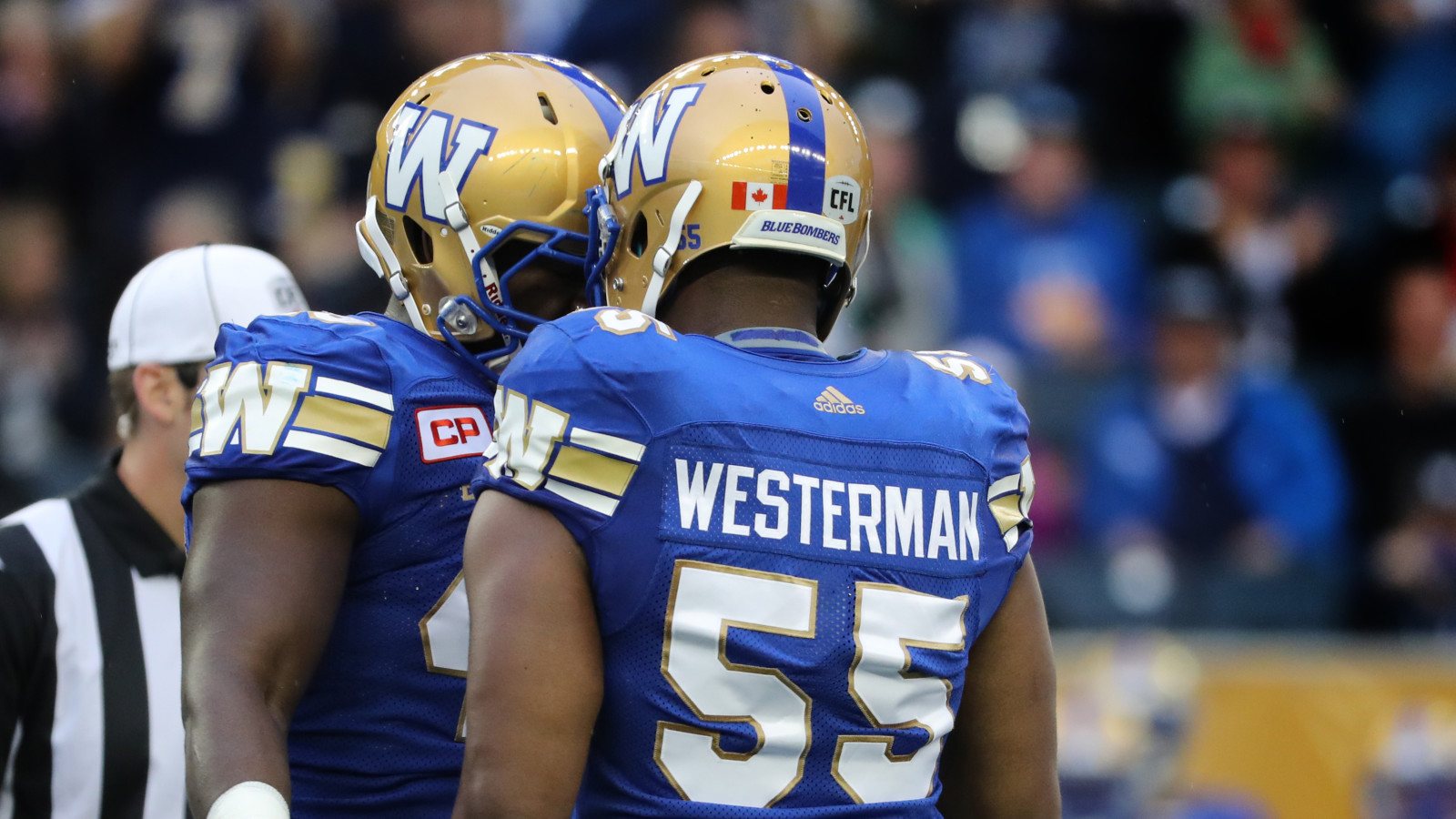 “Maybe I can offer something to help those guys play faster and make a big play. That’s how I have to be accountable now. That’s the only way I can contribute at this moment.”

“Then we’ll see what happens after the season.”

That is an interesting question for the offseason, as Westerman is a pending free agent after this year. But in the interim, he’s trying to move on mentally after the shock of being shut down for the campaign.

“I’ve never been a ‘why me?’ person,” said Westerman. “Nobody asks ‘why me?’ when you’re making a sack, or a big play that helps win a game. You have to learn to take the good with the bad and just try and look for the positive in something like this.

“It’s not like I wasn’t in shape or wasn’t doing the work in the weight room or something like that. It’s just a freak thing that happened.

“Now my approach is, ‘All right, this happened. What do I have to do to get back out there?’ You have to look at like that… I don’t want to be locked in my room sitting in the darkness screaming ‘Why me?!’

“Look, I’m not going to downplay it. It sucks to be injured. But I’ll find other ways to contribute.”